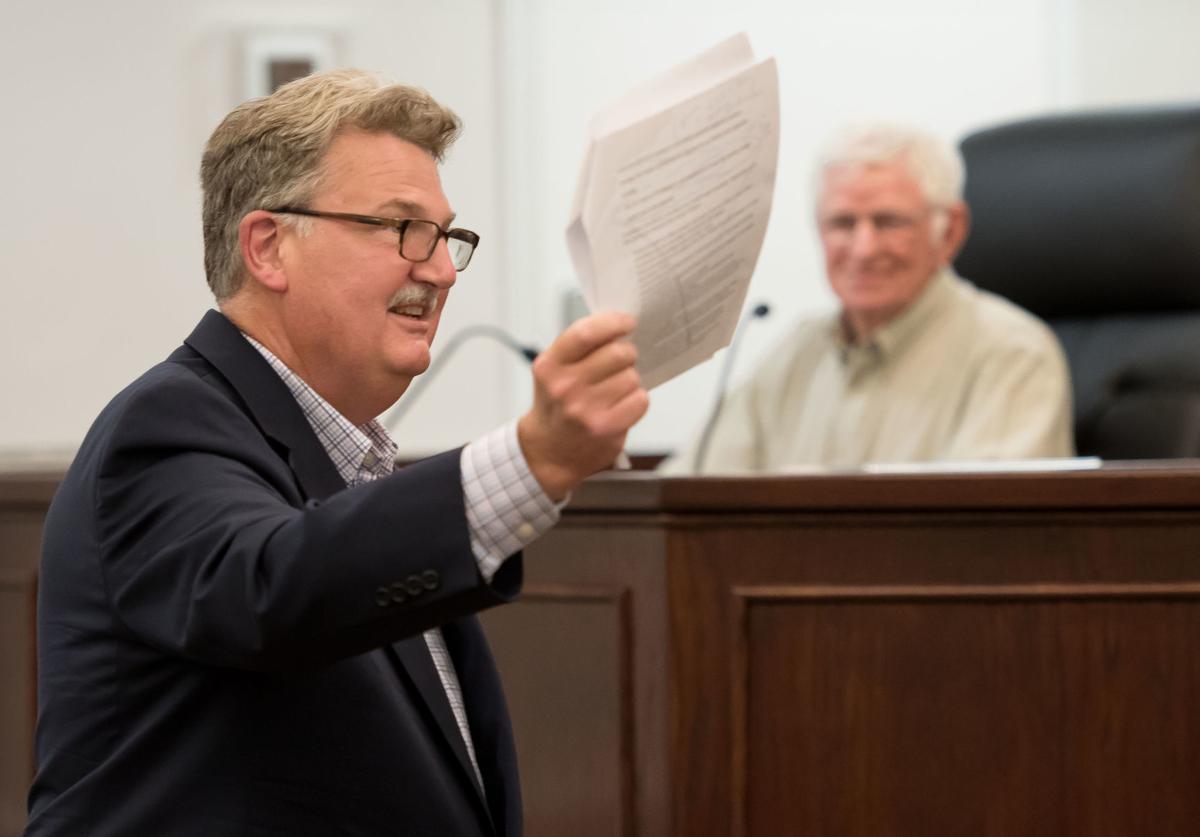 Va. Golf Co-owner Louis Nicholls stands in front of the Warren County Board of Supervisors on Monday evening during a special session. Nicholls presented a new offer to keep the Front Royal Golf Club from closing. 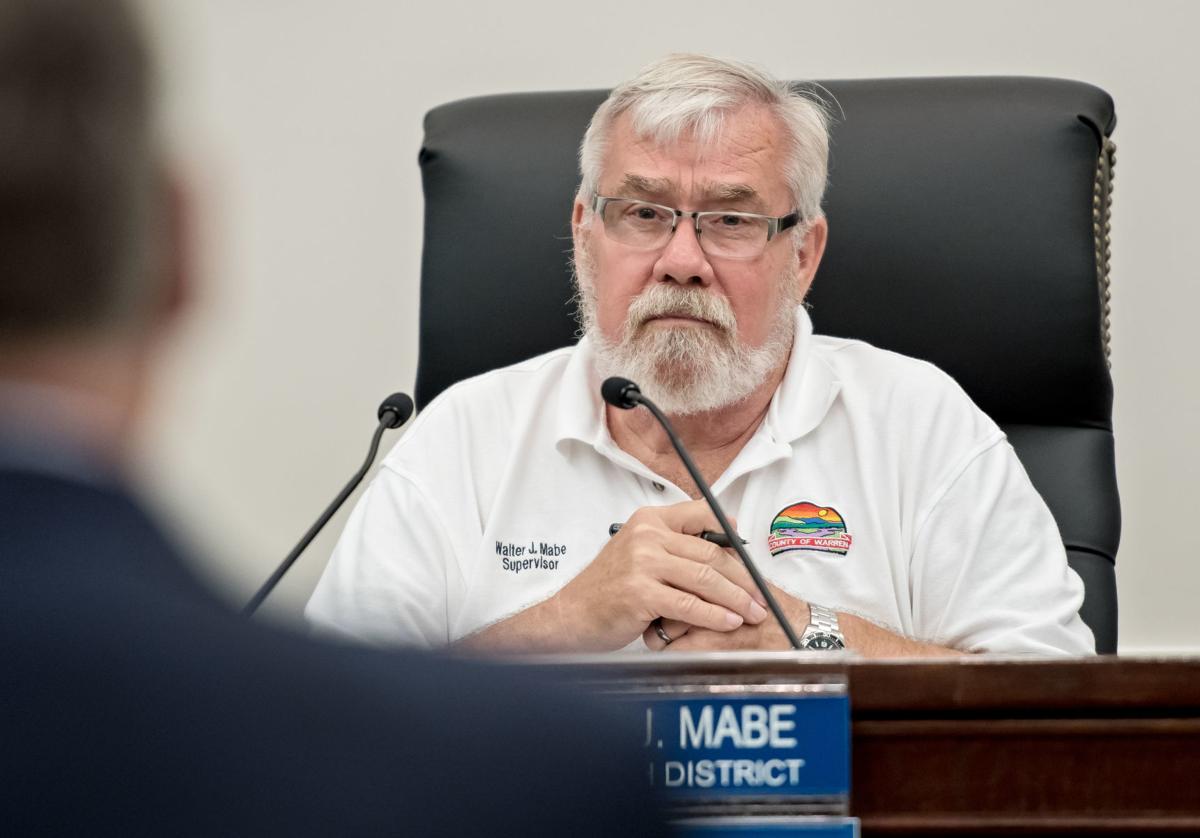 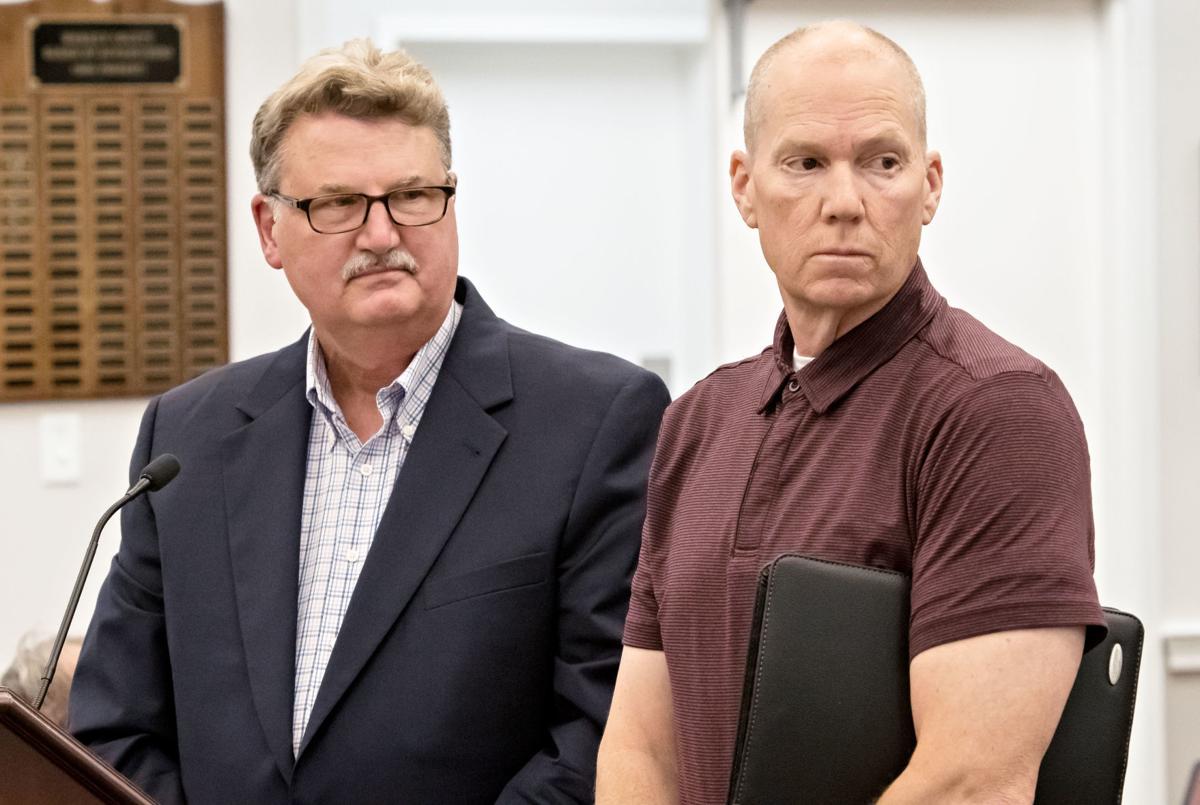 Virginia Golf Co-owners Louis Nicholls, left, and Ray Nash, right, stand in front of the Warren County Board of Supervisors on Monday evening.

Va. Golf Co-owner Louis Nicholls stands in front of the Warren County Board of Supervisors on Monday evening during a special session. Nicholls presented a new offer to keep the Front Royal Golf Club from closing.

Virginia Golf Co-owners Louis Nicholls, left, and Ray Nash, right, stand in front of the Warren County Board of Supervisors on Monday evening.

FRONT ROYAL – Two days before the Front Royal Golf Course’s slated closure, the Board of Supervisors on Monday accepted a revised offer from Va. Golf LLC in which the company will assume management of the 82-year-old course.

Terms of the deal include Va. Golf – owned by Louis Nicholls and Ray Nash – leasing the land for $2,000 per month this year. In year two, the lease decreases to $1,000 per month with the county receiving 5% of profits. Today, the company assumes management of the course, which was donated for public use in 1938 by William and Agnes Carson in the memory of their dead son.

The company’s previous offer, which was denied last week, asked the county to potentially contribute $20,000 annually for operating funds. In denying the offer, the course was supposed to close on July 1, the beginning of the new fiscal year.

Supervisors Chairman Walt Mabe said last week that he would like the company to have more “skin in the game,” and the initial offer was not in the county’s best interest.

Mabe said via telephone Tuesday that his sentiments last week were not a negotiating tactic but the county’s position was that it simply did not want to sink more funds into the course. On Monday, he said the company came with what appears to be its best possible offer and the county will go from $100,000-plus in annual losses to a small profit.

Archie Fox, the lone supervisor voting against the second offer, expressed umbrage over the county collecting 5% of a private business’ profits. Instead, he preferred a “hard and cold” figure upfront. Noting the monthly payments, Supervisor Tony Carter said “you do have a hard number.”

Carter added that the deal shows “fiscal responsibility,” and the county will collect more tax revenue in addition to the monthly payments.

“I wish Va. Golf LLC success…What I like about this is it will preserve the gift that was given in the memory of the Carson family and their son, and this gift was given to all of the citizens of Warren County to enjoy for years and years and years to come,” Carter said.

Nicholls thanked the county for its “graciousness” and said everyone involved in the deal can be proud that they worked together for the positive outcome.

Nicholls and Nash have both explained that they view keeping the historic course open as community service and a labor of love. In what Nicholls called a “public-private partnership,” he said that the company plans to increase revenue, boost overall county tourism and fulfill the Carson’s vision.

“We were thrilled that the county has kept this historic landmark open. We’re looking forward to continuing to be a part of making sure that the historical recreational center of Front Royal and the historical golf course moves forward and hopefully it stays open for another 82 years,” Nicholls said over the phone Tuesday.

When the county denied another company’s offer to assume management for $100,000 in county contributions, Supervisors Vice Chairman Cheryl Cullers said that decision did not bother her because “it just did not feel right.” Denying Va. Golf’s offer last week, however, was bothersome because Nicholls’ and Nash’s passion was evident. She added that “I’m sincerely grateful that you came back with this” and that “I’ll put you on my prayer list because, boy, you’re taking on a huge task.”

While details of the contract are still being ironed out, the two parties agreed that the county would be responsible for any maintenance work on the property that would be necessary if the course were closed. It would be Va. Golf’s responsibility if something golf-related, such as the course’s pump station, needs repairs.

Meanwhile, the course is subject to pending litigation as Carson family heirs are claiming the county does not own the land. If that litigation changes the land’s ownership, which County Attorney Jason Ham said he does not expect to happen, the lease would be terminated.