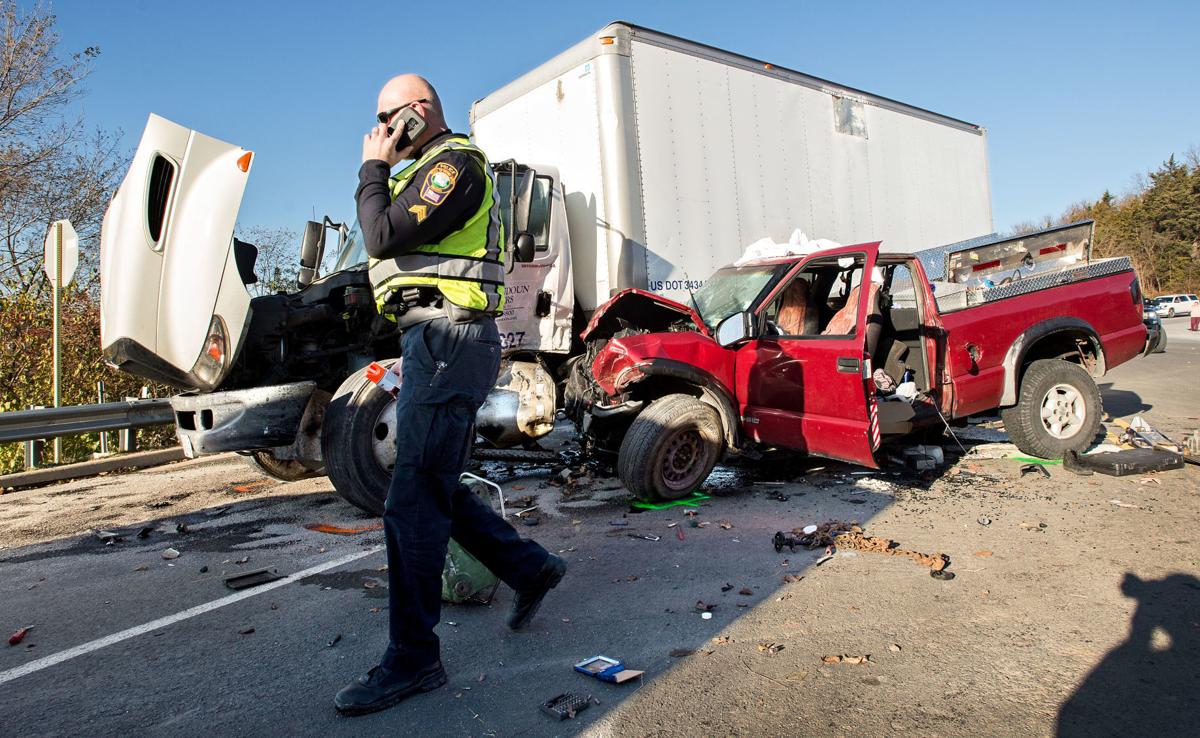 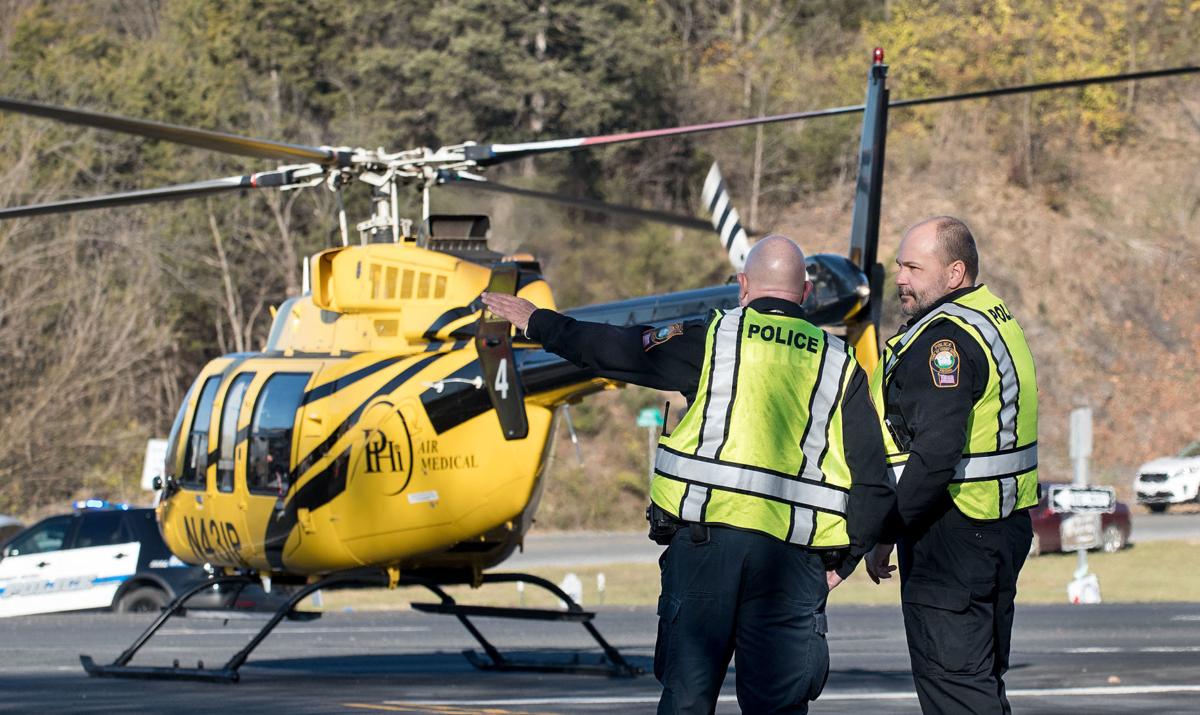 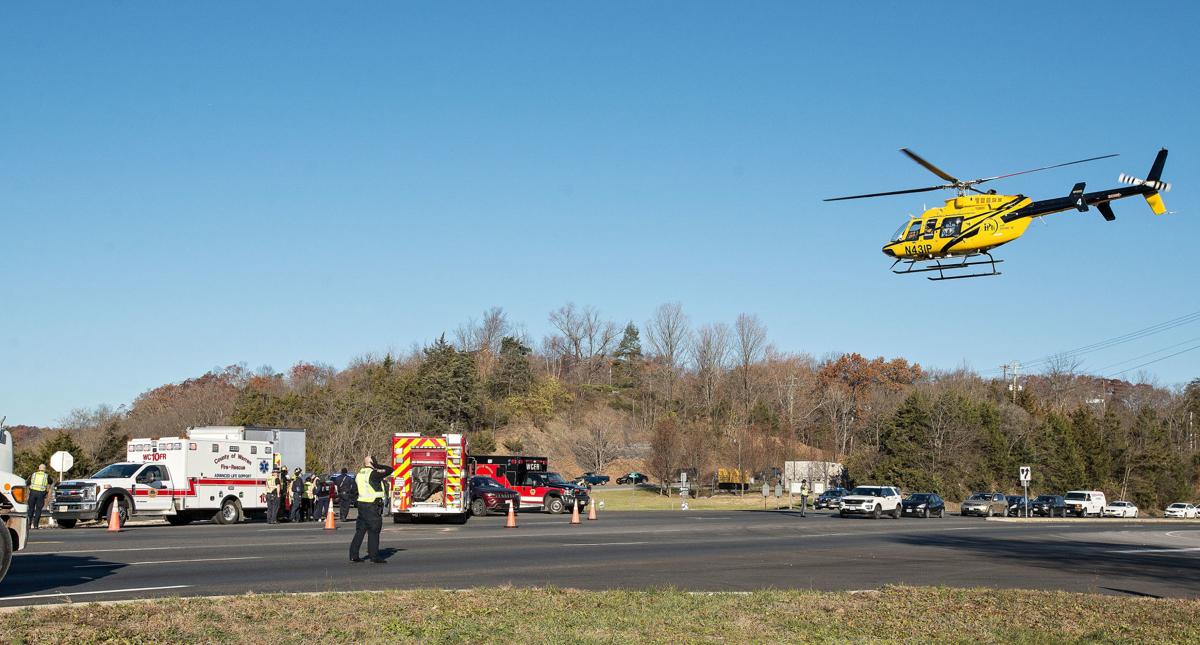 A medical helicopter transports the driver of a pickup that crashed at Guard Hill Road and Winchester Road in Front Royal on Tuesday.

A medical helicopter transports the driver of a pickup that crashed at Guard Hill Road and Winchester Road in Front Royal on Tuesday.

The Front Royal Police Department is investigating a three-vehicle crash at the intersection of Guard Hill Road and Winchester Road on Tuesday.

According to a news release from the Front Royal Police Department, officers were dispatched at 8:15 a.m. Tuesday to the crash scene. The release states that  Jake Hunter Thomasson, 28, of Linden, was driving a Chevy S-10 pickup truck southbound on Winchester Road. He veered off the road and struck a box truck that was sitting on Guard Hill Road waiting to turn left. The impact of that crash pushed the box truck into a passenger vehicle that was in the right turn lane of Guard Hill Road.

As a result of the crash, Thomasson suffered serious injuries and was airlifted from the scene to INOVA Fairfax. Other drivers involved in the crash were uninjured.

The crash caused Route 522 to be shut down until after 9:30 a.m. while Guard Hill Road was closed until around 11 a.m.

The incident is still under investigation. Front Royal Police were assisted by the Warren County Department of Fire and Rescue as well as the Virginia State Police on the scene.

Anyone with any further information on the crash may contact officer J. Noland at 540-635-2111 or via email at jnoland@frontroyalva.com.