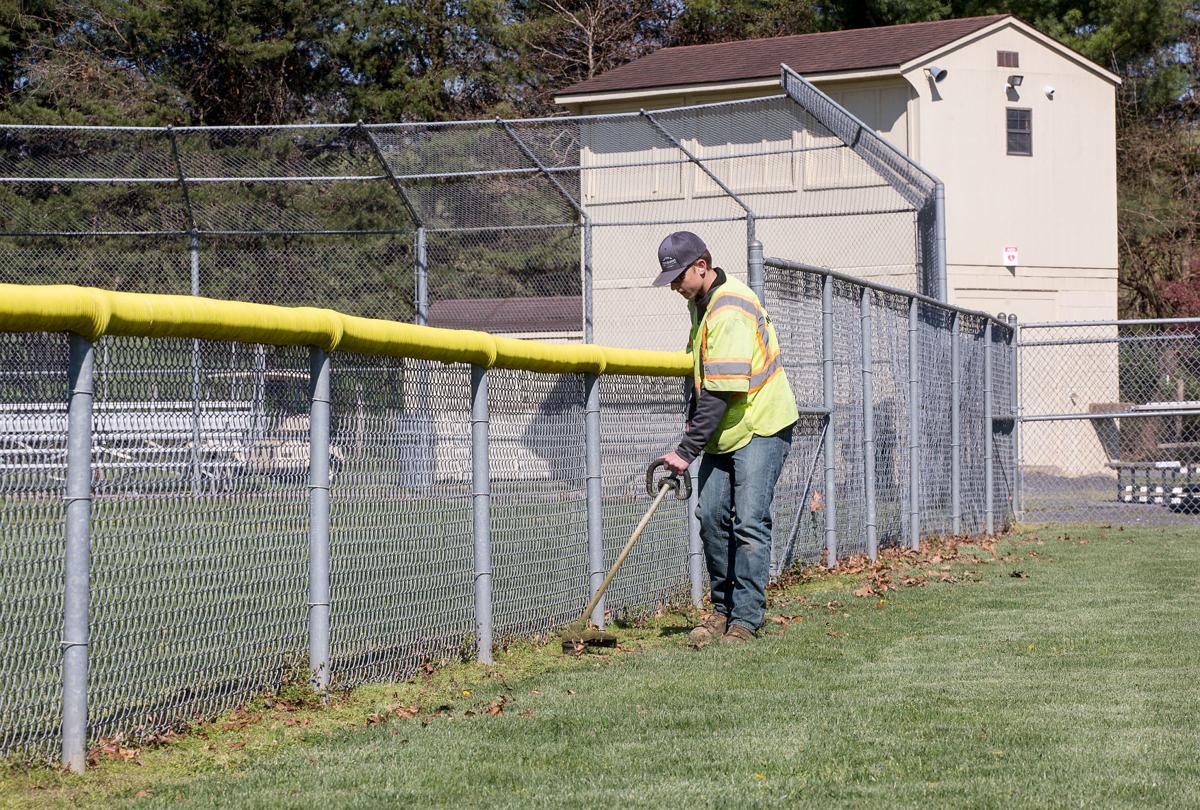 Justin Lohr, a maintenance employee with the Town of New Market, cuts the grass along this ball field at New Market Community Park. The Little League season is hold until at least June 10 due to the COVID-19 pandemic. 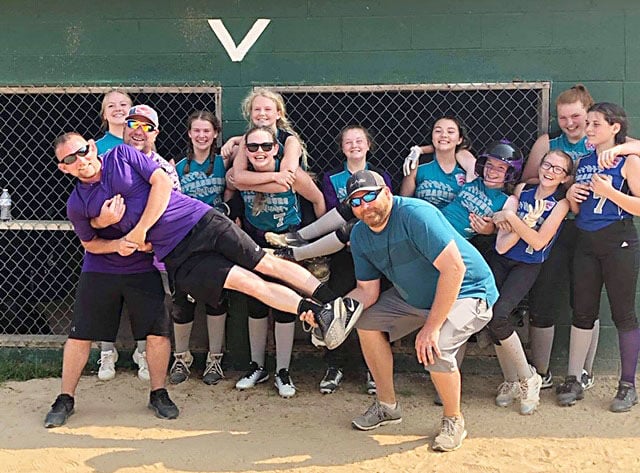 Justin Lohr, a maintenance employee with the Town of New Market, cuts the grass along this ball field at New Market Community Park. The Little League season is hold until at least June 10 due to the COVID-19 pandemic.

Little League in the area is in a waiting mode.

Due to the COVID-19 pandemic, much is up in the air as far as when or if there will be a Little League season.

Last week the Little League International announced that all Little League activities are suspended until May 11. However, Virginia Governor Ralph Northam's stay-at-home order is set to last until June 10.

"Right now the information that we have is that June 10 would be the earliest we could start, unless the governor were to make a new decree," Strasburg Little League President Derek Copeland said. "We could start right after June 10. I believe we're trying to play some type of an amended season. I don't really know what that is yet, because were waiting for Little League to pass down some information."

Mount Jackson-New Market Little League President Seth Coffman said his league was supposed to start on May 28. He added the board has had one conference call meeting and will likely do another one in a week or so.

Woodstock-Edinburg Little League President Amanda Kibler said their board just had a conference call on Sunday and are hopeful they can get started after June 10.

"As of right now, our season is slated to start on June 12th," Kibler said. "We will have two weeks of practice and then start playing games. Our opening day was originally scheduled to be (last) Saturday. We will still plan to have a special opening day before the first game with this adjusted season. However, all of this could change in accordance to decisions made by Little League International and/or the governor of Virginia."

Front Royal's Little League season was supposed to start on April 18. Front Royal Little League President Roger Smelser said if they can have a season, they would also need about two weeks of practice before starting play.

All of the league presidents said they did not think changing the schedules would be a big deal and are hopeful that they can have a season of some sort.

Coffman said he knows that it's tough on the kids, but he thinks everyone is handling it well.

"I think most all our players are disappointed they cannot get on the field," Coffman said. "But they and their parents understand it's for everyone's health and safety that we have to put baseball and softball aside for the moment and focus on more important things."

Copeland said that he hopes they are able to get some type of season in and give the kids a chance to play.

"Hopefully we get to play because it's a fun time of year," he said. "I always like the kids getting excited and watch them on opening day running out. It's just a good time. So hopefully we can get back to some normalcy and let the kids get out some and get some activity."

The Little League World Series, which is for 12-14 year-old baseball teams, is slated to happen from August 20-30 in Williamsport, Pennsylvania. There are also state and national tournaments held every year for other various divisions of baseball and softball all-star teams.

Copeland said that if there are no all-star events held this year, there has been some discussion about just having some of the local teams play each other in a special round-robin tournament.

Kibler said that if there is no season it would make things difficult financially for the league.

"Our league relies on sales from our concession stand during the season to help cover the cost of insurance, chartering fees, and equipment expenses. Missing out on those sales for an entire season would be very hard on our league financially," she said.