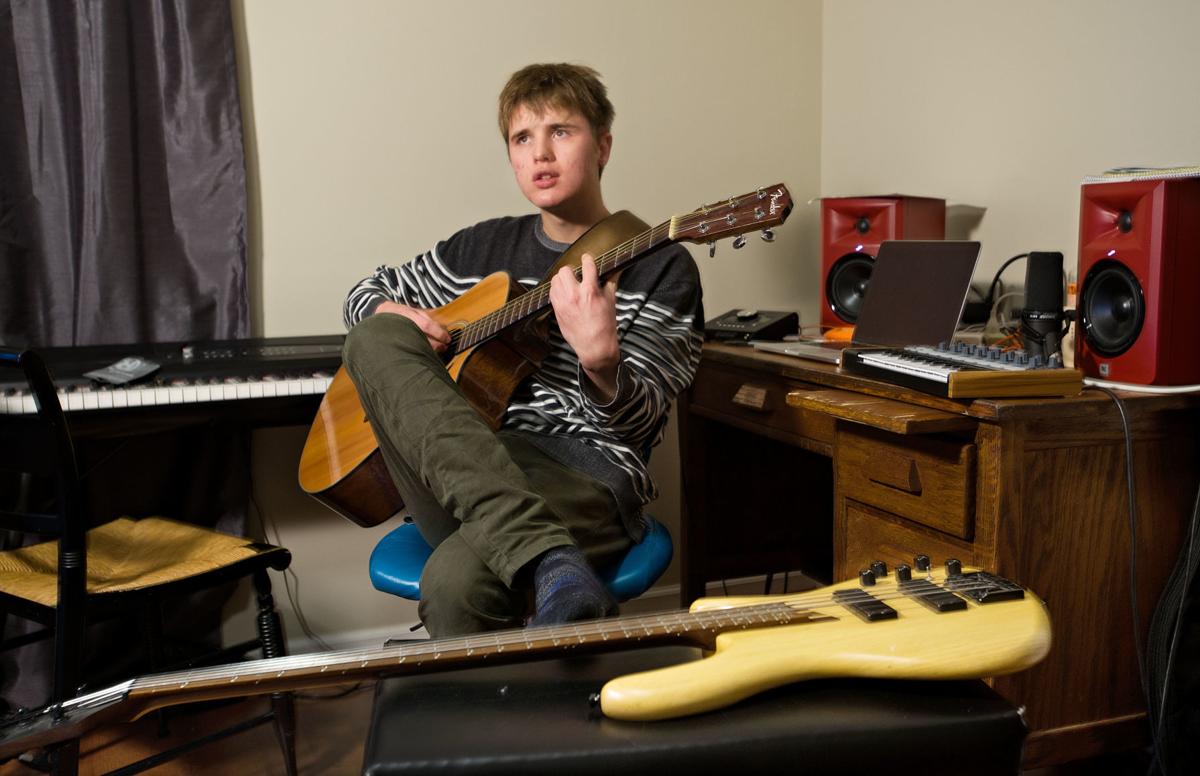 John Robert Rimel, 18, of Edinburg, strums his acoustic guitar as he sings his hit “Adeline” in the basement of his Edinburg home recently. 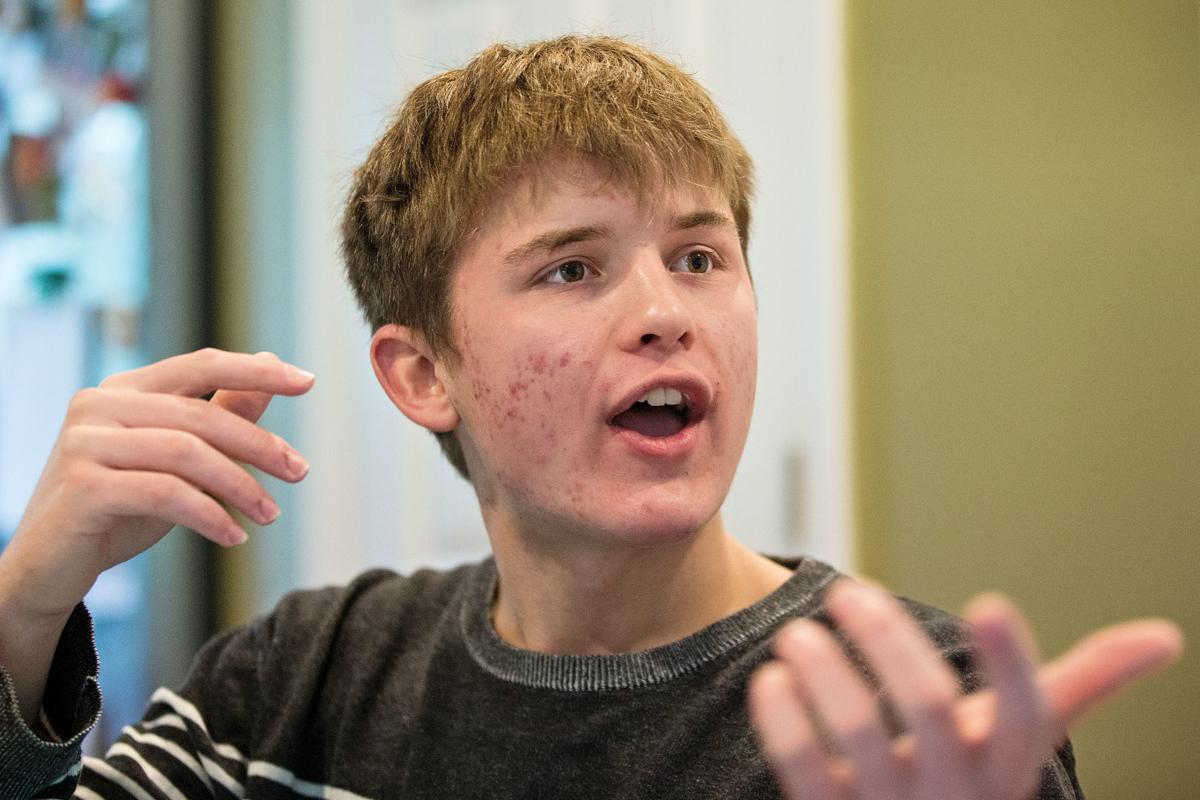 John Robert Rimel gestures during an interview. He said he pulls from his personal experiences when writing his music.

John Robert Rimel, 18, of Edinburg, strums his acoustic guitar as he sings his hit “Adeline” in the basement of his Edinburg home recently.

John Robert Rimel gestures during an interview. He said he pulls from his personal experiences when writing his music.

EDINBURG, Va. – John-Robert Rimel discovered his love of music early on in his life.

“I got into guitar when I was 14, and got into production when I was 16, and I kind of never stopped,” he said. “I picked up these things and started toying around with them and they became a habit. I didn’t feel like I had a productive day unless I noodled on the computer or picked up a guitar.”

Since then, Rimel, 18, has taken that love and translated it to a booming music career.

“I think everyone likes music,” he said. “It was something I became more and more interested in, and I just nurtured it. I fell in love with it.”

Rimel began singing in church talent shows and in open mic nights before the age of 10.

“I didn’t have a phone or anything like that, and I didn’t have a lot of friends growing up,” he said. “My father would take me to open mics and I just kept doing that and getting better and better in front of people. I was feeling more secure on stage.”

Rimel’s career took off in a major way when he appeared on “The Ellen DeGeneres Show” in 2014, where he received $5,000 to purchase instruments and sound equipment. Rimel then set-up his small studio in his parents’ home in Edinburg and began recording and editing his own music.

After he graduated from high school in 2017, Rimel was set to go to Berklee College of Music in Boston, but he moved to California to pursue his music career. It was there that he met Ricky Reed, founder and record producer for Nice Life Recording Company. After returning home later in the year, Rimel continued to work on his music and sending it to Reed.

“I had Ricky’s email, and I would send him demos,” Rimel said. “I kept sending him demos for the better part of six months to a year, and then finally they caved and took me on.”

Rimel signed a record deal with Nice Life in 2018. He said it was a dream to work with Reed.

“It’s nice to work with [Ricky] because I can say what I wanted or what I wanted to hear and he knew how to make it,” he said. “I could question him on how he made it or what he was doing. I got a lot of lessons through him.”

Like many artists, Rimel pulls from his personal experiences, particularly rejection, when writing his music.

“It sucks because you don’t want to chase bad things, but that always makes me work twice as hard,” he said. “Spite is such a great motivator.”

Rimel said that working in the music industry has also helped him break out of his social shell.

“You want to get better and pick up on social cues,” he said. “For a while, I was a terrible conversationalist. People are really disappointed when they meet me off-stage because I’m very low key.”

Rimel released his first single, “Adeline,” earlier this year and recently concluded his first tour, which began in Virginia and included stops in New York City and Cleveland. He said he loved the energy of the crowds he performed in front of, but Rimel discovered the loneliness of touring on the road.

“It sounds cliche, but it’s not places you go, but the people you’re with,” Rimel said. “I had a great time, but I was missing family.”

When Rimel’s family wasn’t with him on the tour, he would hang out with his management staff, who he said took really good care of him.

“I’ve got a good group of people around me,” he said. “They were nice and check up on me. If I was feeling a certain way, I wasn’t afraid to let them know.”

While he couldn’t reveal what he was working on, Rimel said he’s working on more material and he’s planning on touring some more.

“I know we’re going to release stuff and see what opportunities come out of it,” he said. “I feel pretty good.”