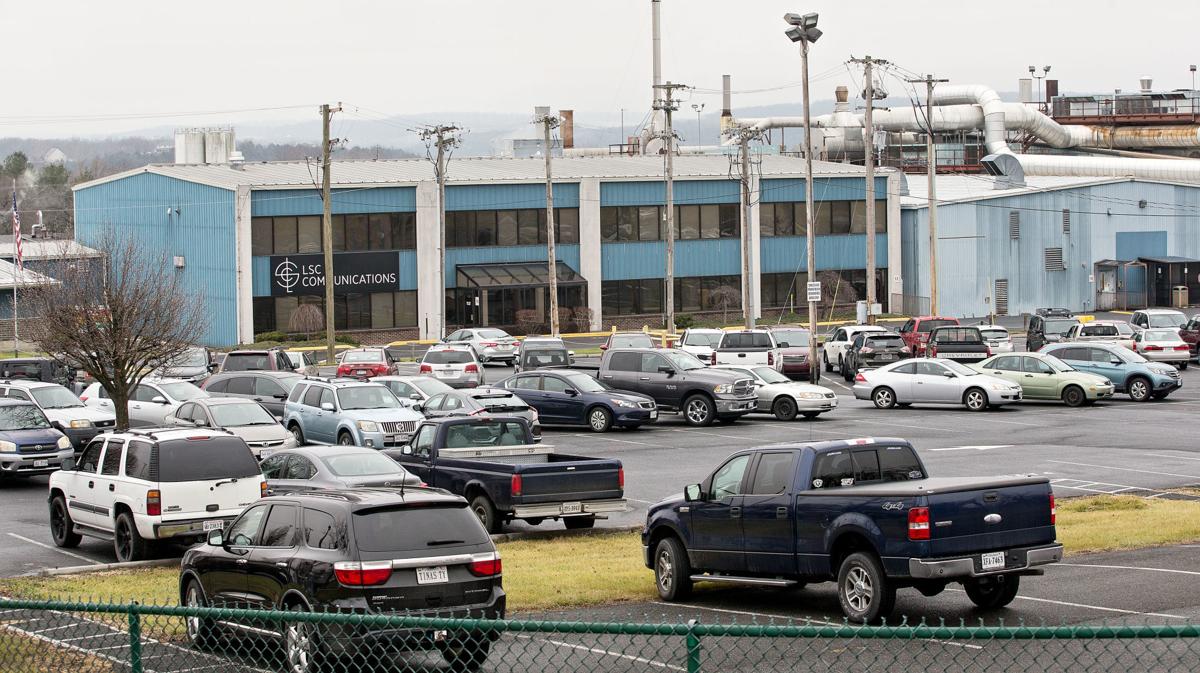 LSC Communications announced Tuesday that it will close its Strasburg printing facility at Front Royal Road and Shenandoah Valley Drive. 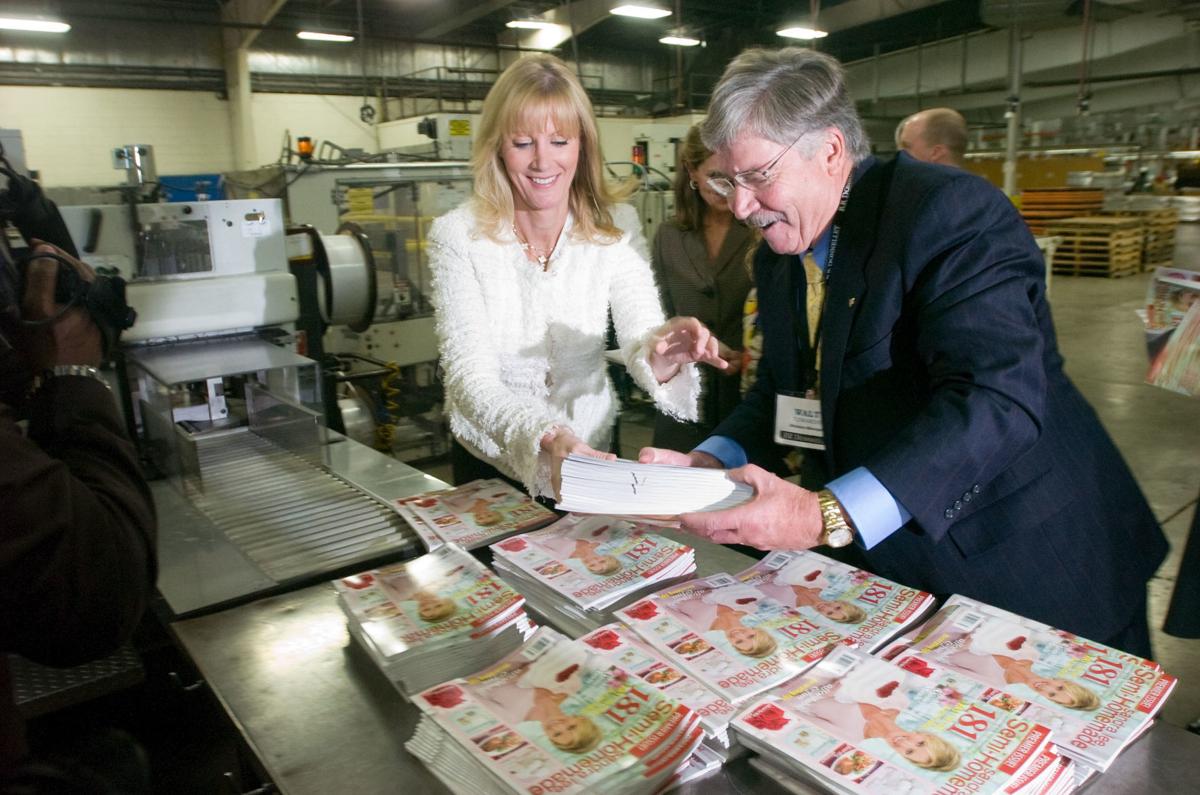 Food Network celebrity Sandra Lee, left, and Walt Edwards, right, vice president/plant manager at RR Donnelley in Strasburg, take off some of the first copies of Sandra Lee’s premiere issue of Sandra Lee Semi-Homemade that were printed on Jan 8, 2009 at the Strasburg facility now known as LSC Communications. The company announced Tuesday that the plant is closing. 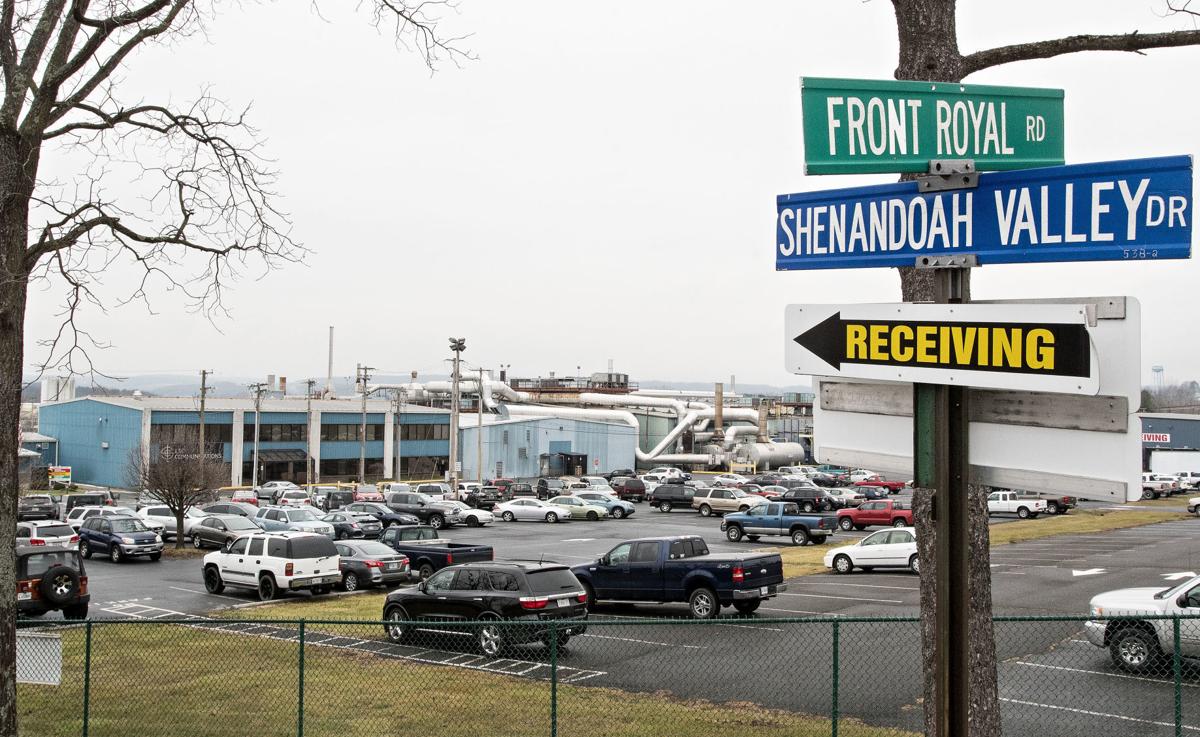 LSC Communications announced Tuesday that it will close its Strasburg printing facility at Front Royal Road and Shenandoah Valley Drive.

Food Network celebrity Sandra Lee, left, and Walt Edwards, right, vice president/plant manager at RR Donnelley in Strasburg, take off some of the first copies of Sandra Lee’s premiere issue of Sandra Lee Semi-Homemade that were printed on Jan 8, 2009 at the Strasburg facility now known as LSC Communications. The company announced Tuesday that the plant is closing.

LSC Communications on Tuesday announced it was closing its manufacturing facility in Strasburg, impacting hundreds of area residents.

“It is always difficult to make business decisions that impact our employees and the communities in which we operate, and it has been our privilege to be a part of the Strasburg, VA, community,” Cortes wrote. “We thank everyone who contributed to our work here, and we are committed to supporting employees who are impacted by these closures with severance packages, transition assistance and other potential relocation opportunities within LSC. As always, our top priority is the safety of our employees,” she stated.

In addition to Strasburg, the company plans to close its facilities in Glasgow, Kentucky, and Mattoon, Illinois, according to a another release by the company. The closures of all three locations are expected to be finished by July but a more specific date of closure for the Strasburg location was not provided.

The company noted in the release that the closures “will strengthen the company’s manufacturing platform by reducing costs and improving utilization across LSC production facilities.”

The release states that LSC “has taken actions to strengthen its operational and financial position, including closing eight facilities and reducing its workforce by 2,500 employees” since July when a merger with Quad/Graphics was terminated.

A local LSC employee, who asked not to be identified, said Tuesday she heard about the closing through Facebook.

“I was very upset,” she said, adding that she feels the company knew about the closure for some time and should have notified the employees that it was coming.

She said she is choosing to look at it as a “window opening” and believes God does not burden anyone with more than they can handle. It is, however, possible that she may have to move out of the area to find another job.

She said she has been talking to coworkers, some of whom have been with the company for 30 or more years.

“They have no idea what they are going to do,” she said, adding some have children or new homes.

The employee said that over the years, especially the last five or so years, the company has seen the runs of printing shortened both in the number of magazines and catalogs printed and in the number of pages.

Jenna French, director of Economic Development for Shenandoah County, said she found out about the closing on Tuesday morning.

“It is one of our largest employers so the impact will be felt with the loss of jobs,” French said.

French said the last employment figure they had was 384 people work at LSC Communications.

She said the agency met with LSC Communications at a routine retention meeting in October and the company at that time gave no notice of a possible closure.

French said they have reached out to LSC and to the state to start to help those who will be unemployed get connected to resources. Hopefully, she said, the impact will be lessened because some employers in the county like Howell Metals and Bowman Andros Products are hiring, French said.

“The town of Strasburg is disappointed to learn about the closing of the LSC facility in our community. However, we will continue to provide support through this transition and look forward to assisting in whatever way we can,” Pearson said.

It is difficult to tell what those services may look like until the town is able to communicate more directly with LSC Communications, Pearson said, adding that it is also difficult to determine what the exact impact will be to the town.

Shenandoah County Chamber of Commerce Director Sharon Baroncelli also was unaware of the closing until notified by the Northern Virginia Daily.

“We had talked to them a couple of months ago and they did not say anything,” Baroncelli said. “We are saddened to hear of the closing.”

2016 - LSC Communications was created as a spin-off from R.R. Donnelley

Information from newspaper archives and from lsccom.com