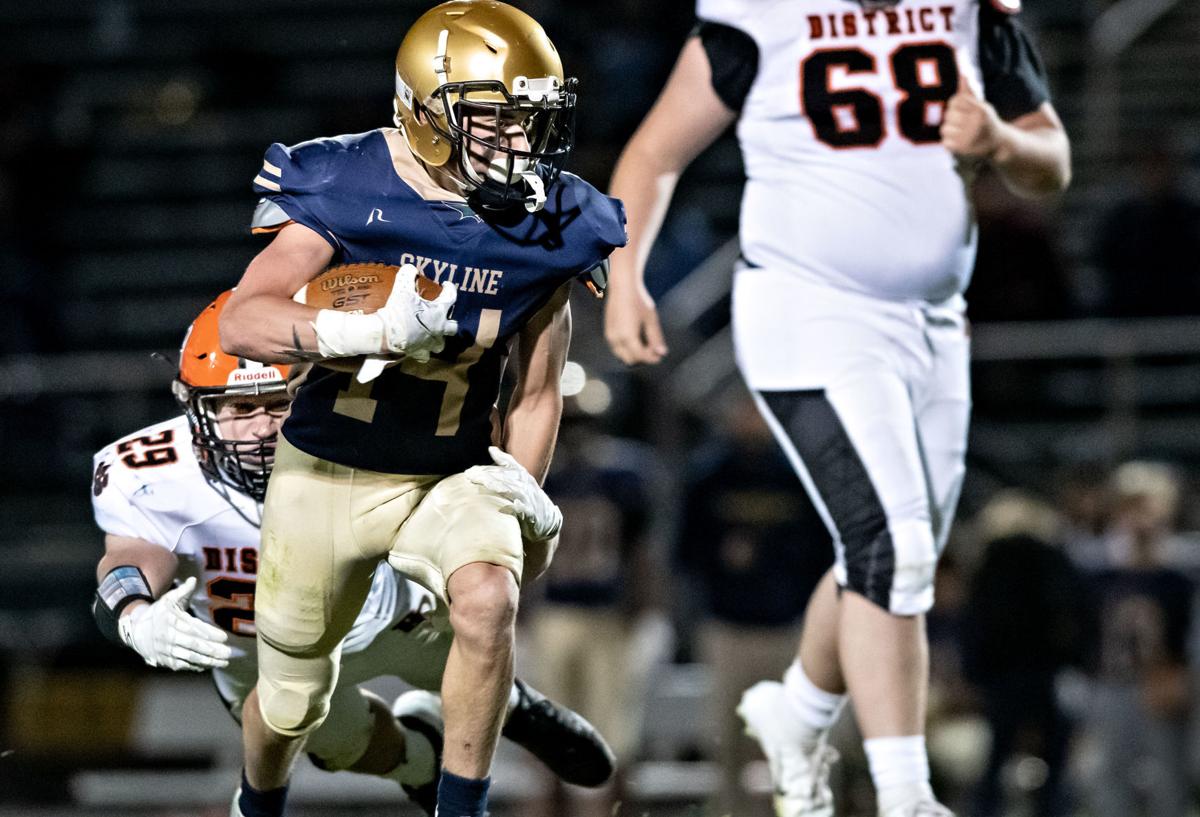 Brentsville’s Jacob Johnson tries to bring down Skyline’s Logan Maiatico from behind on a running play during a game last season. Maiatico, who had five touchdowns against Brentsville, died in a motor vehicle crash on Monday. 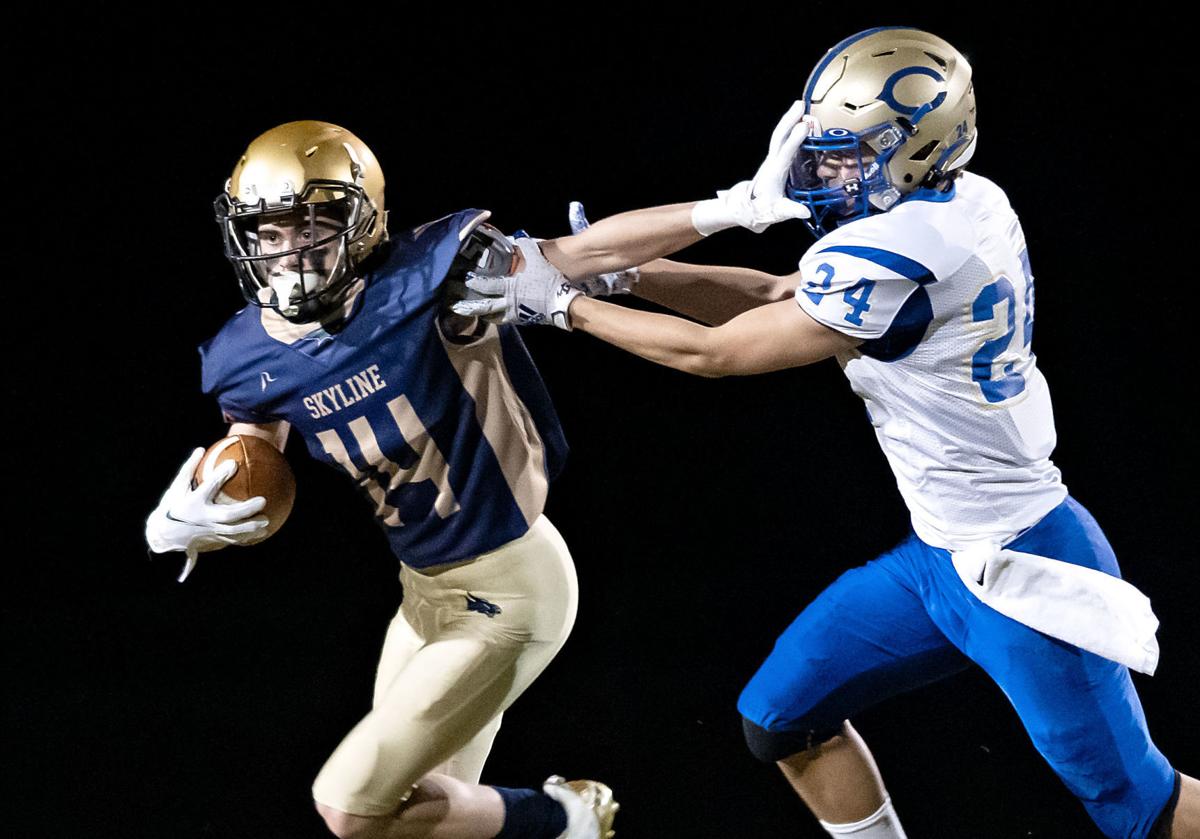 Skyline’s Logan Maiatico tries to stiff-arm Central’s Luc Retrosi as he runs to the sidelines during a game last season. Maiatico made a huge impact on athletics during his four years at Skyline. 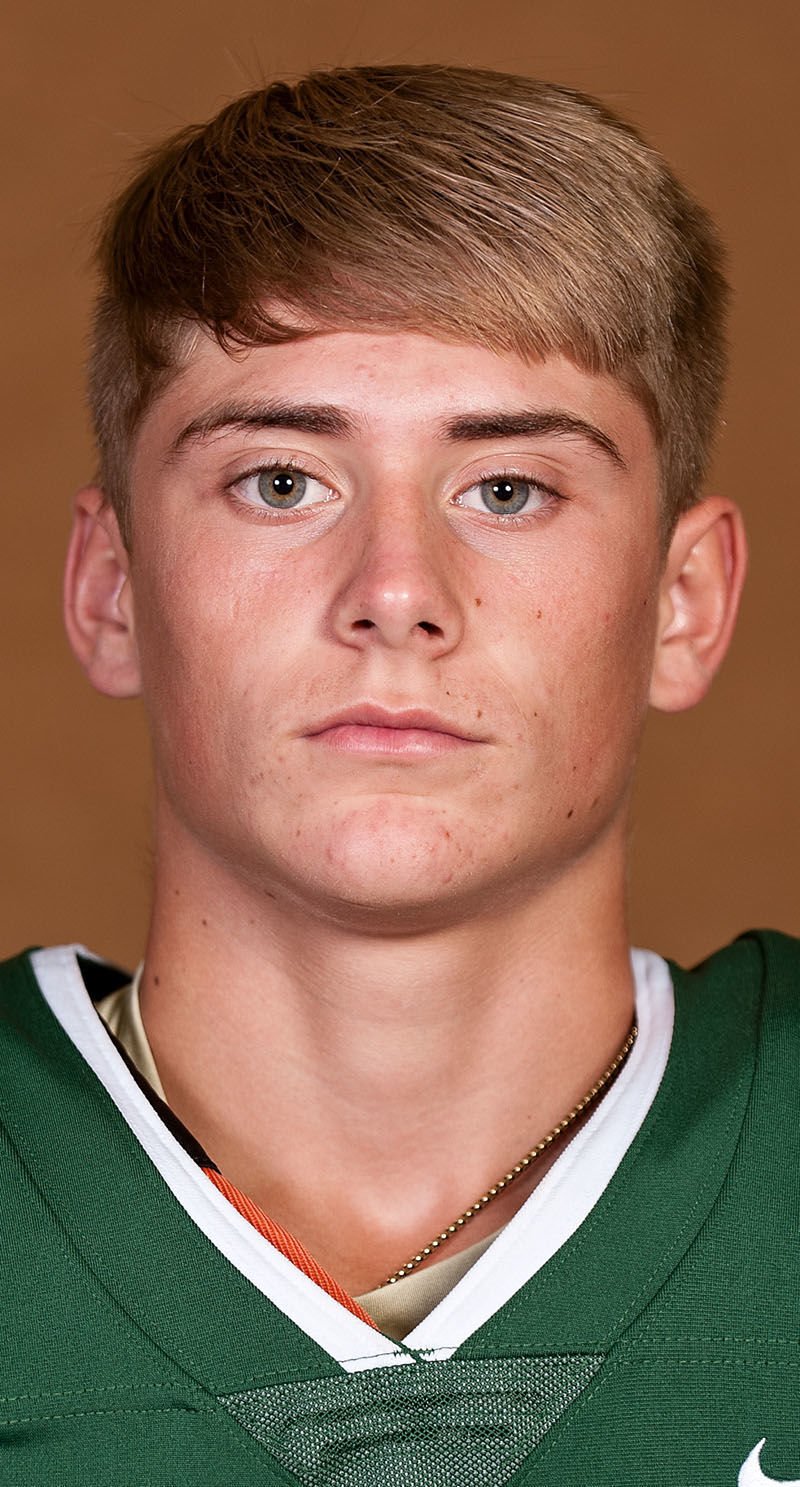 Brentsville’s Jacob Johnson tries to bring down Skyline’s Logan Maiatico from behind on a running play during a game last season. Maiatico, who had five touchdowns against Brentsville, died in a motor vehicle crash on Monday.

Skyline’s Logan Maiatico tries to stiff-arm Central’s Luc Retrosi as he runs to the sidelines during a game last season. Maiatico made a huge impact on athletics during his four years at Skyline.

"The last time I personally saw him was when we hosted Strasburg back in late August," Cupp said. "He actually came down (on the sidelines) and he made the comment to me that, as a joke, if I could get him a uniform they wouldn't know who he was. He was always joking like that. Even then he was itching to play, that competitive fire was obviously still within him."

Maiatico's competitive fire and his sense of humor were two of the things that teammates and coaches mentioned when talking about him after Tuesday's football practice.

Maiatico was a standout athlete, who played football and track and field. He also played baseball in his senior season.

Skyline senior Brayden Poe said that Maiatico was hard to stay mad at because of his ability to make you laugh.

"It was never nothing but laughs," Poe said. "You could be mad at him and he'd come up and just do the goofiest thing ever and you couldn't be mad at him. It just is what it is."

Skyline head football coach Heath Gilbert said that Maiatico was always joking around when they played basketball in gym class.

He excelled at sports, especially football and track and field.

Last season, Maiatico had his strongest year on the football field. He ran for 912 yards and 12 touchdowns on 89 carries in a shortened season. He also had five receptions for 130 yards. Maiatico finished with 15 total touchdowns, including two defensive touchdowns. He was the Class 3 Northwestern District Offensive Player of the Year and The Northern Virginia Daily's Football Offensive Player of the Year.

The 5-foot-9, 130-pound Maiatico also played baseball his senior season, for the first time, while also competing in track and field. He was a second-team All-Class 3 Northwestern District selection.

Gilbert said Maiatico's work ethic was part of his reason for success.

"With his work ethic the Logan Maiaticos, the (Skyline 2021 graduate) Will Wolfs, their the hardest workers on the team," Gilbert said. "It just makes everyone's job easier. They did not allow teammates not to work hard with them. So that standard they set every day was great on the football field. And translated for him and a lot of our seniors. And I can't thank him enough for just the mindset that he had and how he helped elevate our program."

Gilbert said it's still hard for him and his team to imagine that Maiatico is gone.

"It's devastating to your heart," Gilbert said. "It's been a tough 36 hours, a lot of tears. We're just trying to get through it. And Logan Maiatico's family, I just can't know how his parents feel. I just know it's the worst nightmare for any parent to think about your child being gone and he had such life. He was such fun. The boy never had a bad day. The boy just always had a smile. He was always positive, upbeat. He didn't mind working hard and was a lot of fun. He could relate to anybody, it didn't matter. He was just a fun-loving kid. He was a good boy."

Gilbert said the football team did not practice on Monday because he wanted the players to be able to go home and be with their families.

He said Monday evening the Linden Fire Hall allowed people to come and visit with the family.

"The Maiaticos were strong enough and able to be there," Gilbert said. "So we were able to go hug them. And I don't know how I would be, I would maybe be in a shell and shut everyone out and be pissed at the world. I just can't believe how gracious they were. And to go hug them and tell them we loved them meant a lot to me (Monday night) and a lot of kids. So I was appreciative of the Linden Fire Hall hosting that."

A candlelight vigil in Maiatico's honor was scheduled to be held at the Skyline football field on Wednesday evening.

Skyline senior Ethan Caperton said he had known Maiatico since they had played midget football and always loved the way he gave his everything on every play.

"He was just such a tough player," Caperton said. "My dad actually called him 'can't kill it Logan' because he would never go down by the first two hits. He was always just somebody that's going to go as hard as he can – 100 percent all the time, every single game, because he loved the game. He used to tell me all the time when we were younger he was going to make it to the NFL. And of course when we got older things changed, but that was his dream and he played like he wanted to be there."

Poe said everyone loved Maiatico and he had a positive effect on all of his teammates.

"That kid was a brother to me," Poe said. "He was a brother to every guy in the locker room, whether these guys got to play with him or not. I never met a person that disliked him. He was a (heckuva) an athlete. And everything he did was 110 percent effort, that was including when he graduated high school and he went to work. He gave 110 percent no matter what he did. He was a great person, great teammate."

As Tuesday's practice ended, several players stepped away from the team huddle with tears in their eyes and several hugged each other.

Gilbert said every player showed up for Tuesday's practice, even though they would have understood if some weren't able to be there.

"Everyone came today, and I think they know what kind of player Logan was and they want to honor him," Gilbert said. "Probably the way he would want to be honored. And he only knew one speed. He knew 'I'm going to go hard and I'm going to play like I'm 250 pounds and I'm not.' I think our kids – that's what they want to do."