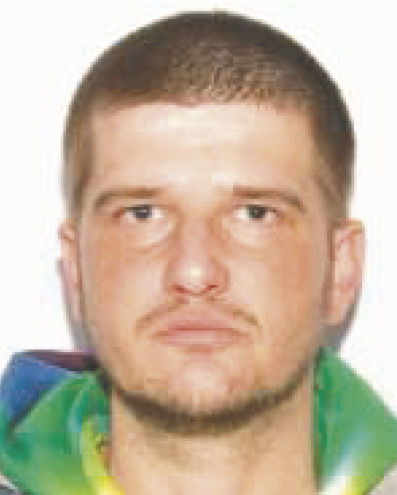 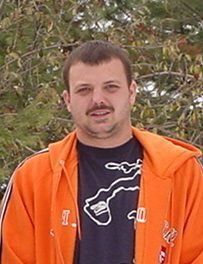 WINCHESTER — A Frederick County jury on Thursday found Jonathan Daniel Mihokovich guilty of second-degree murder and use of a firearm in the shooting death of 41-year-old Keith Hamilton Tolson of Front Royal.

Tolson’s body was found in the parking lot of the McDonald’s in Middletown in the early morning of Oct. 27, 2020. He sustained two gunshots to his head.

After hearing a full day of evidence on Wednesday, the jury deliberated for approximately 90 minutes on Thursday before returning with the guilty verdicts, according to Frederick County Commonwealth’s Attorney Ross Spicer.

Evidence presented at trial by Assistant Commonwealth’s Attorney Ryan Perry showed that Mihokovich and another man pursued Tolson after Tolson attempted to flee on foot from the Liberty gas station in Middletown. Surveillance videos showed Mihokovich and the second individual chasing Tolson in two separate vehicles, eventually catching up with him in the parking lot of the McDonald’s.

A surveillance camera from a nearby motel captured the two vehicles slowing near where Tolson’s body was found, according to a news release from Spicer’s office. The video then shows two muzzle flashes coming from Mihokovich’s vehicle, and three additional muzzle flashes from the second vehicle.

Prosecutors also offered evidence that Mihokovich’s cellphone connected to the internet router at the McDonald’s at the time when shots were fired from Mihokovich’s vehicle.

The motive for the killing, the prosecution offered, was that Tolson had failed to deliver $300 worth of methamphetamine to Mihokovich in the hours before his killing.

Frederick County Circuit Court Judge Alexander R. Iden excused the jury at 5:30 p.m. on Wednesday after the commonwealth and Mihokovich’s attorneys presented their respective evidence. Iden informed the jury that it would begin deliberations the following morning.

The next morning, prior to the jury being reseated, Mihokovich addressed the court and requested that the case be reopened so that he could testify, telling the judge he wanted to dispute assertions that Perry made in his closing argument, according to the release. Iden declined to reopen the case, and the jury then began its deliberations.

A second person implicated in the murder was identified in court, but he has not been charged with his involvement in the killing. He is currently serving a 20-year prison sentence for unrelated gun and drug charges.

While the commonwealth argued that the killing constituted first-degree murder, the jury returned a guilty verdict for second-degree murder.

Mihokovich, of Frederick County, faces a maximum sentence of 40 years for the murder plus three years for the use of the firearm. He is scheduled to be sentenced on Sept. 2. He remains jailed at the Northwest Regional Adult Detention Center.

The second one implicated has not been charged. They are waiting for?!?!?!? Regardless of what allegations are made about the deceased, what a miscarriage of justice this is, when chasing someone before shooting them is not seen as intent to qualify for first-degree murder. This is the flawed jury system that exists in America.

They hunted a man down with the intentions of killing him and that’s second degree murder ? Wow