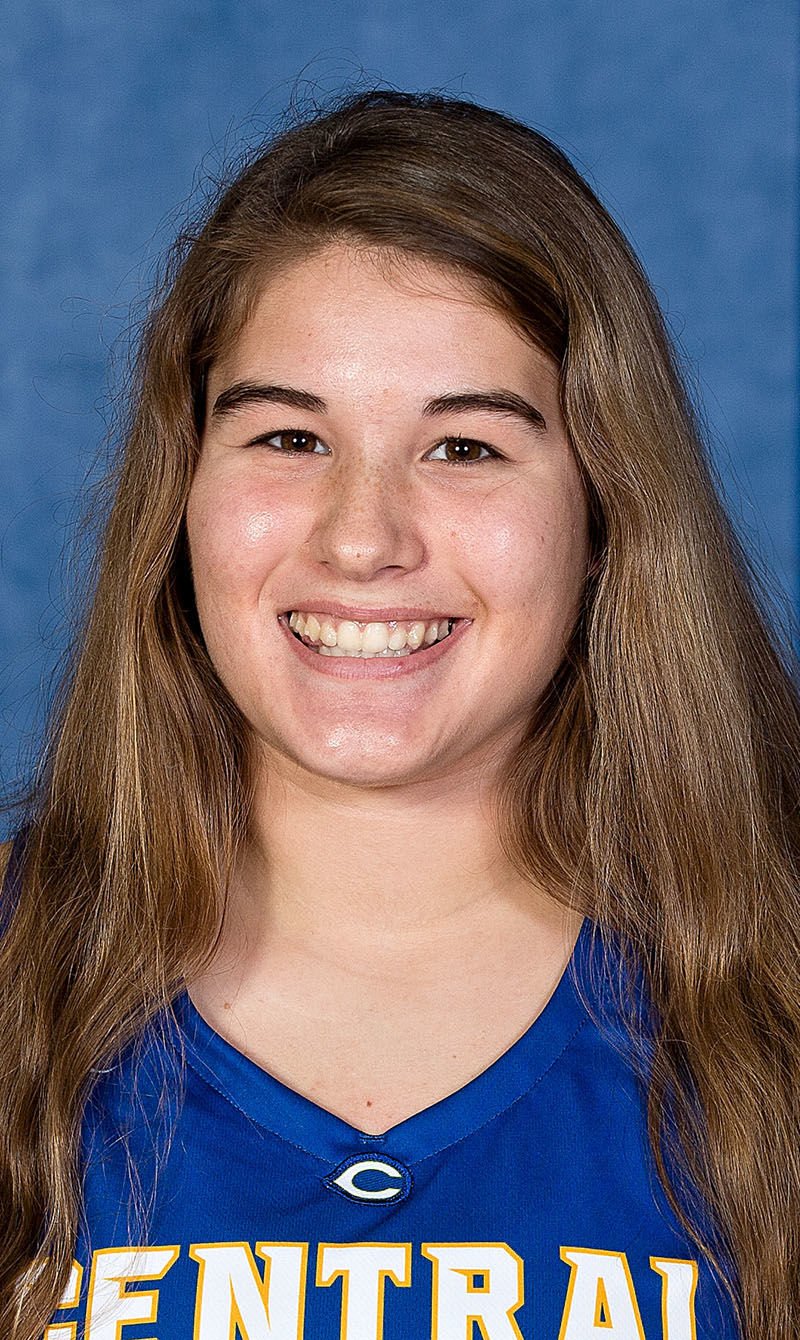 FRONT ROYAL --Maria Marston has been in the zone lately for Central. On Tuesday night she gave the Falcons a big lift and guided them to a big win.

Marston hit some big shots early and made key free throws down the stretch as Central pulled out a 54-50 Class 3 Northwestern District girls basketball win over Skyline.

“Maria -- she’s just playing some ball,” Central girls basketball coach Bryan Scott said of Marston. “If you go back and look at her past five, six games -- this girl is hot right now. She’s keeping us in a lot of games and definitely helping us win some of these games. She’s a great girl. She gets down on herself, but sometimes I think when I get on her butt she comes back and comes with a fire.”

Marston, the area’s leading scorer this season, had 33 points and 17 rebounds against the Hawks. Marston was 10-for-24 (41.7 percent) from the field. She is averaging 26.2 points per game over her last six contests.

Central trailed 10-0 with 4:28 left in the first quarter. Slowly but surely Marston began getting the Falcons back in the game. The 5-foot-9 forward/guard began going inside and having success down low.

She scored 10 points in the last 4:14 of the first quarter to bring the Falcons to within five, 15-10, after the opening period.

“In the first half when I just kept getting those post moves that I was dropping -- they felt good,” Marston said. “Once I get scoring outside it’s going to be good because I can progressively work my way out. Getting in the post and getting fouled and going to the free-throw line has really helped me. If my outside shot isn’t falling that’s where coach Scott puts me and that seems to work well for me.”

The Falcons (5-6, 3-0 Class 3 Northwestern) climbed all the way back from the double-digit deficit to tie the game at 27-27 with 59 seconds left in the first half on two Marston free throws. Skyline’s Kyra Whitmore hit a 3-pointer with six seconds left to retake a 30-27 lead at the half.

Central finally took its first lead of the game with 4:22 left in the third quarter on a basket inside the paint from sophomore forward Ella Toothman. Central sophomore Erika Hutton made two free throws 30 seconds later to give Central a 35-32 edge.

The Hawks responded with a 9-2 run, including 4 points from junior Audrey Dueweke, for a 41-37 lead.

However, the Hawks missed 12 straight shots to start the fourth quarter and the Falcons took advantage. Hutton hit a 3-pointer to end the third quarter and started an 11-0 run. Toothman had four points during the spurt, which gave Central a 48-41 lead with 2:49 left in the game.

“Ella Toothman had some big rebounds. She had a couple big free throws,” Scott said. “We did some key things down the stretch there that as a coach you want to do, like running your offense and not taking quick shots. Sometimes that’s typical for us. We’ll be up four or five and we’ll launch up a 3, but we did not do that tonight. We ran our offense and made them foul us.”

The Hawks were able to use their full-court pressure to cause some Central turnovers and help them get back in the game. Skyline went on a 7-0 run to tie the game at 48-48 with 1:47 remaining.

Toothman made a free throw to put the Falcons back up for good at 49-48. After a Skyline turnover and two more missed shots from the Hawks, Marston put the game away at the free-throw line. She went 5-for-6 in the last 28 seconds to seal the win.

“My free throws have not been on lately,” Marston said. “I hit like 1-for-2, but tonight I think I only missed two. I was really focused on them. I listened to what coach K.P. (Central assistant coach Katelyn Poston) said and it worked. They started to fall and I started to actually believe in myself for the free throws.”

Kenney said that they were trying to foul anyone but Marston, who finished the game 12-for-14 from the foul line, at the end of the game.

“We couldn’t get that done,” he said. “She was able to catch the ball twice. You foul her -- she’s not going to miss free throws. She’s a good player.”

Scott said another key player for him on Tuesday was 5-foot-6 senior guard Olivia Wightman. Scott said he had Wightman guard Whitmore as the game went on and her defense was big for the team. Whitmore had only five of her team-high 18 points in the second half.

“Right now she’s my best defensive player,” Scott said of Wightman. “She’s small but I mean she gets after it. This is two games in a row where she’s gotten after it and is wanting to play some great defense on some good ball players. Because the Whitmore girl is tough and we made that switch (on who was guarding Whitemore) between (Wightman) and Maya (Frye-Williams). The Whitmore girl she still got some of hers, but she had to work for them with Liv guarding her.”

Whitmore had six rebounds and two steals to go with her points. Skyline junior forward CiCi Difiglia had 13 points and 11 rebounds.

It was the second straight tough loss in two days for the Hawks, who lost 57-55 to Clarke County on Monday. Kenney said his team just needs to get over the hump and find a way to win some close games.

“I was hoping that (Monday) and (Tuesday) we would be able to build on these games,” Kenney said. “I think once we finally get over this hole that we’ve dug for ourselves, I think once we finally put down the shovels and stop digging and get out of it and get a win, then we can get back to what we were doing.”

Toothman had seven points and four rebounds and Hutton had five points and nine rebounds for the Falcons. Central is 3-0 in the Class 3 Northwestern District and plays Brentsville on Friday. The Falcons have won three of their last four games and Scott said he likes the way his team is playing.

“We’re starting to find a little something,” Scott said. “We got a lot of heart, heart and determination and we got no quit in us. These girls are awesome -- that’s about all I can say. They had no quit in them and as a coach you got to love that.”