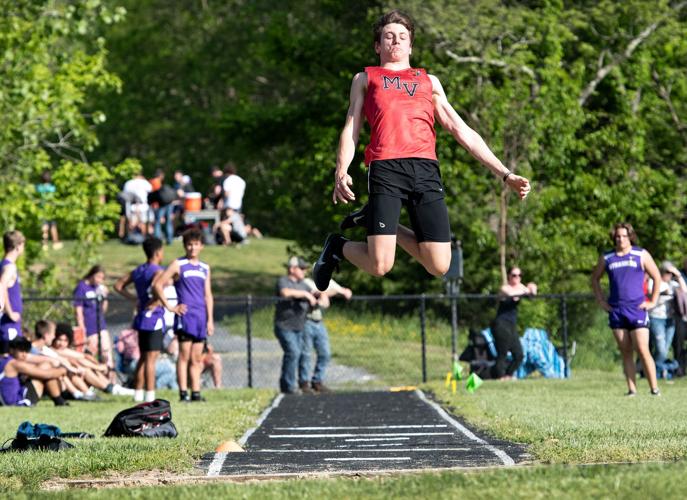 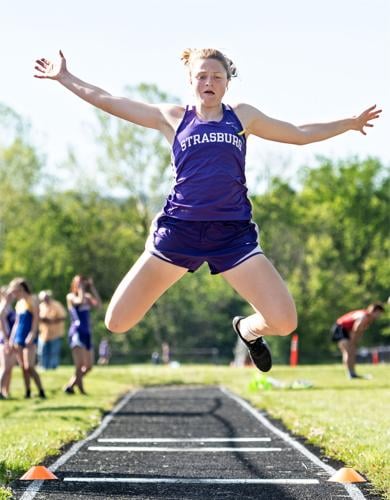 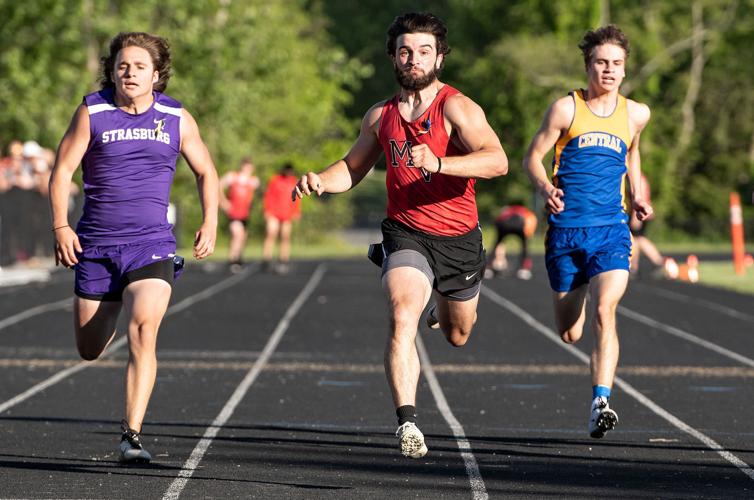 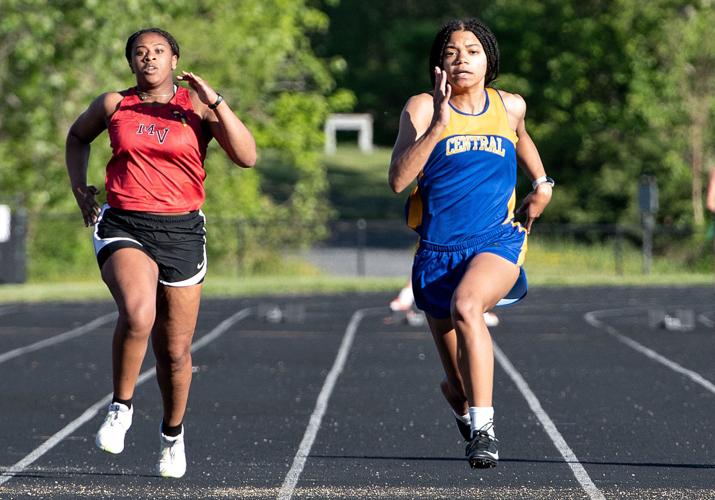 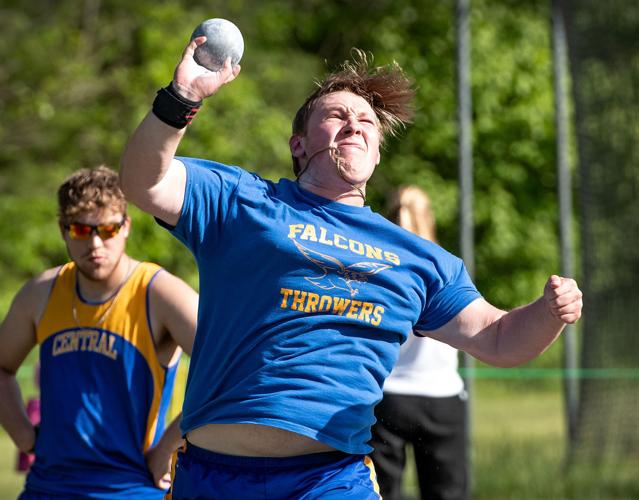 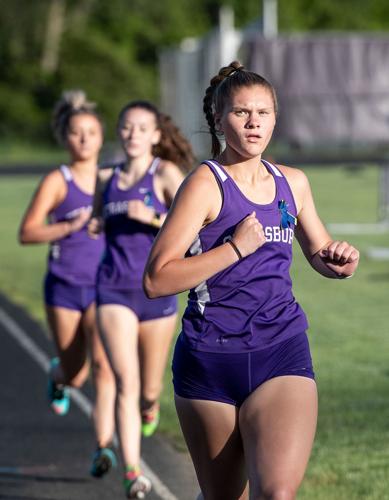 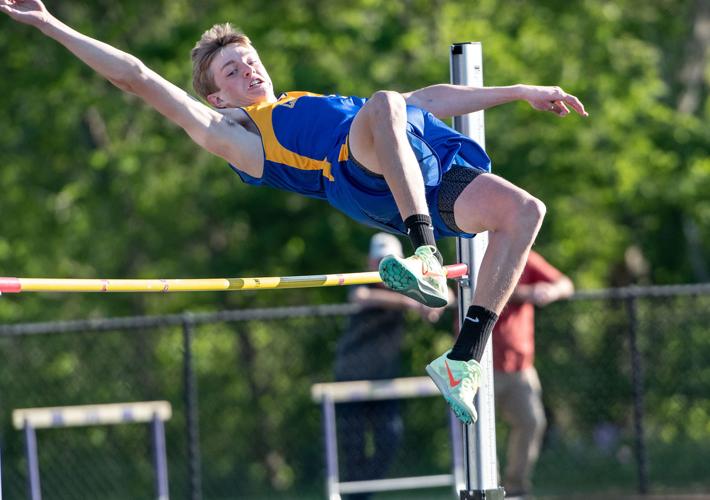 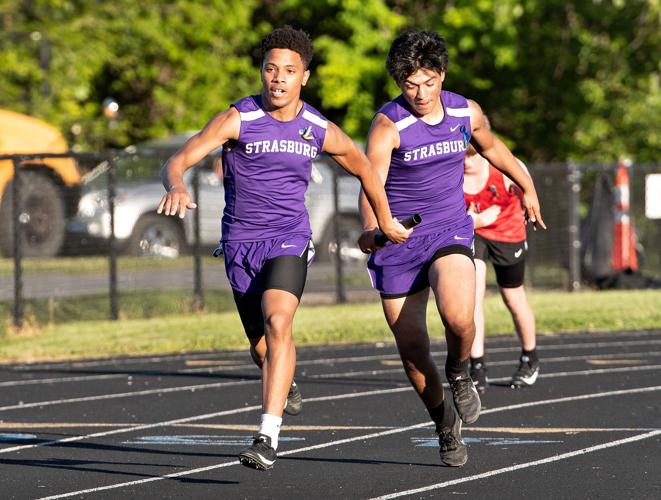 Strasburg’s Marcos Banderos hands off to teammate Takhi Coates in the 400 relay. 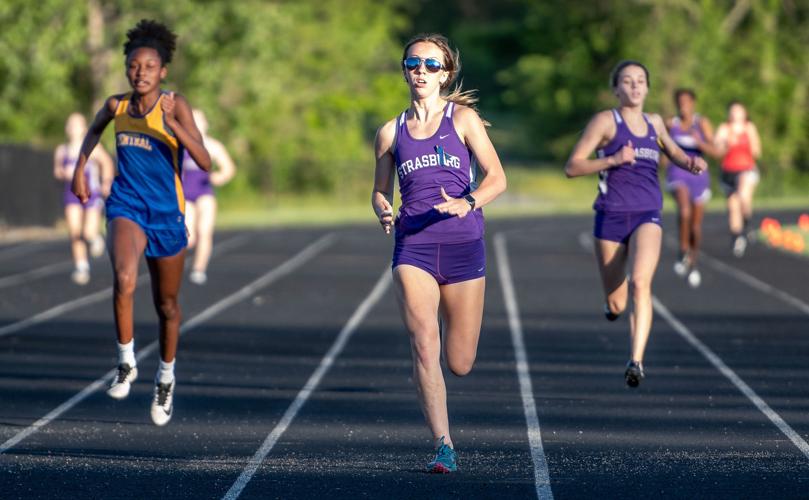 Strasburg’s Marcos Banderos hands off to teammate Takhi Coates in the 400 relay.

Pirtle won five events in the Shenandoah County Track and Field Championships and led the Generals to the boys team title on Wednesday.

"I've had a pretty good day overall," Pirtle said. "...I think it's great being here. All these guys, all these girls are just great athletes. They're very sportsmanlike. It's just been a lot of fun."

Strasburg head coach Ina Rae Crisman said she was pleased with how both her teams did.

"We have a few that are aching right now, so to watch them perform really well are good signs moving forward to the district meet next week," Crisman said. "All the kids really put forth 100 percent and I'm really very proud of them."

Pirtle said he felt best about his 110 hurdles and long jump. He ran by himself in the 100 and 300 hurdles, but said he doesn't mind running alone.

"Mentally for me, it's all about me," Pirtle said. "I can compete against myself. I do love competition, but I can get it done when it needs to be."

"The kids just stepped up and did what we asked them to do today," Mountain View head coach Mary Clanahan said of her boys team.

Central junior Laniah Hoover won the top female performer award for the most points in the girls meet.

Hoover edged out Strasburg's Maddy Dofermire in the 300 hurdles by ten-hundredths of a second.

"I was a little scared I'm not going to lie," Hoover said. "Because she was right next to me. During the end we kind of hit hands. It's a good thing I leaned at the end."

"I think it makes me better," Asia Hoover said of running against her teammates. "Because they're there to push me on, and I know they always got my back."

The Hoover sisters ran with heavy hearts as their older sister, Jensen, died in a car crash earlier this week.

Central head coach Rick Lytton said he was proud of how Asia and Laniah Hoover handled things this week.

"Laniah and Asia have done extremely well this week, even with the death of their sister," Lytton said. "We thought that would have an effect on them, but I think they stayed strong this whole week and showed that tonight."

Keefe said the Shenandoah County meet is always special for her.

"I know a lot of people because we've all been running track together for a while," Keefe said. "I love the county meet. It's probably my favorite meet, because everybody gets super excited. You see everybody cheering for each other. You know all the schools, so everybody kind of cheers for each other."

The Bull Run District Championships will be held on May 17 at Strasburg to begin the postseason.

Strasburg's girls are the reigning Class 2 State runners-up and Keefe said she feels good with how the team is doing this season.