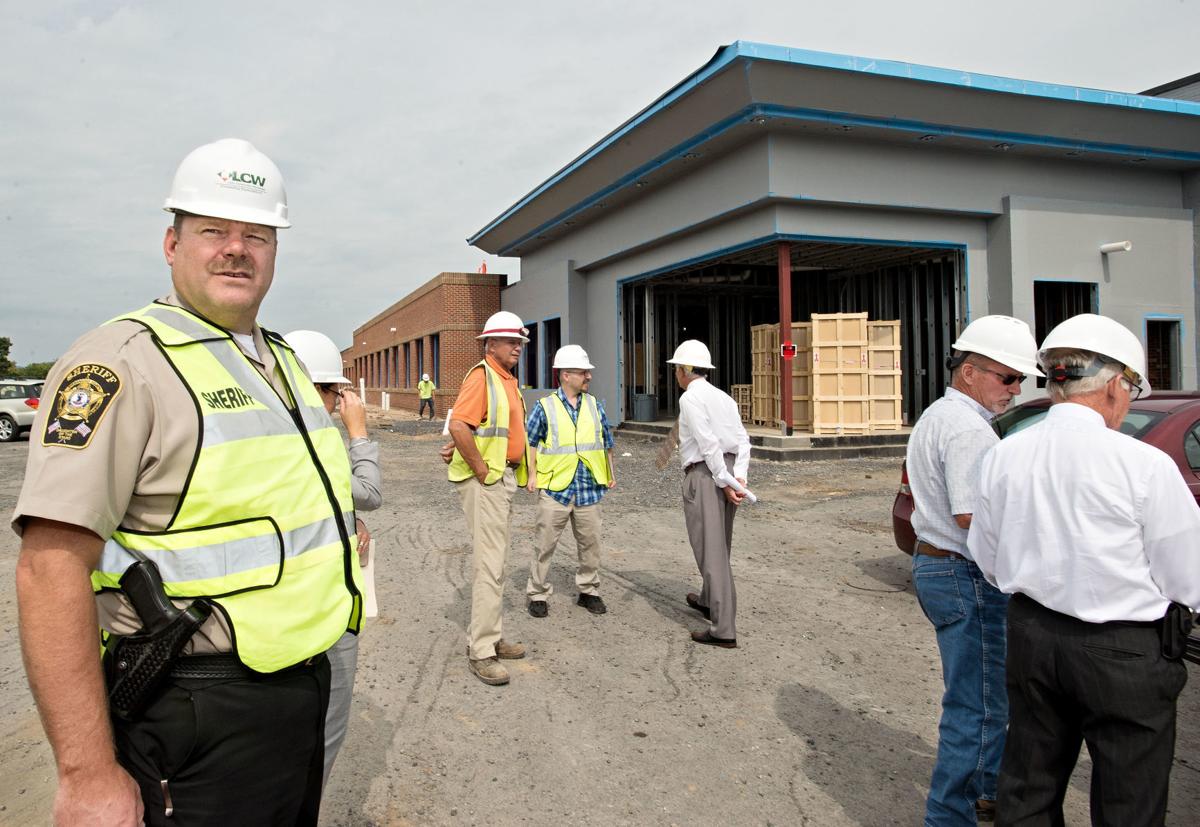 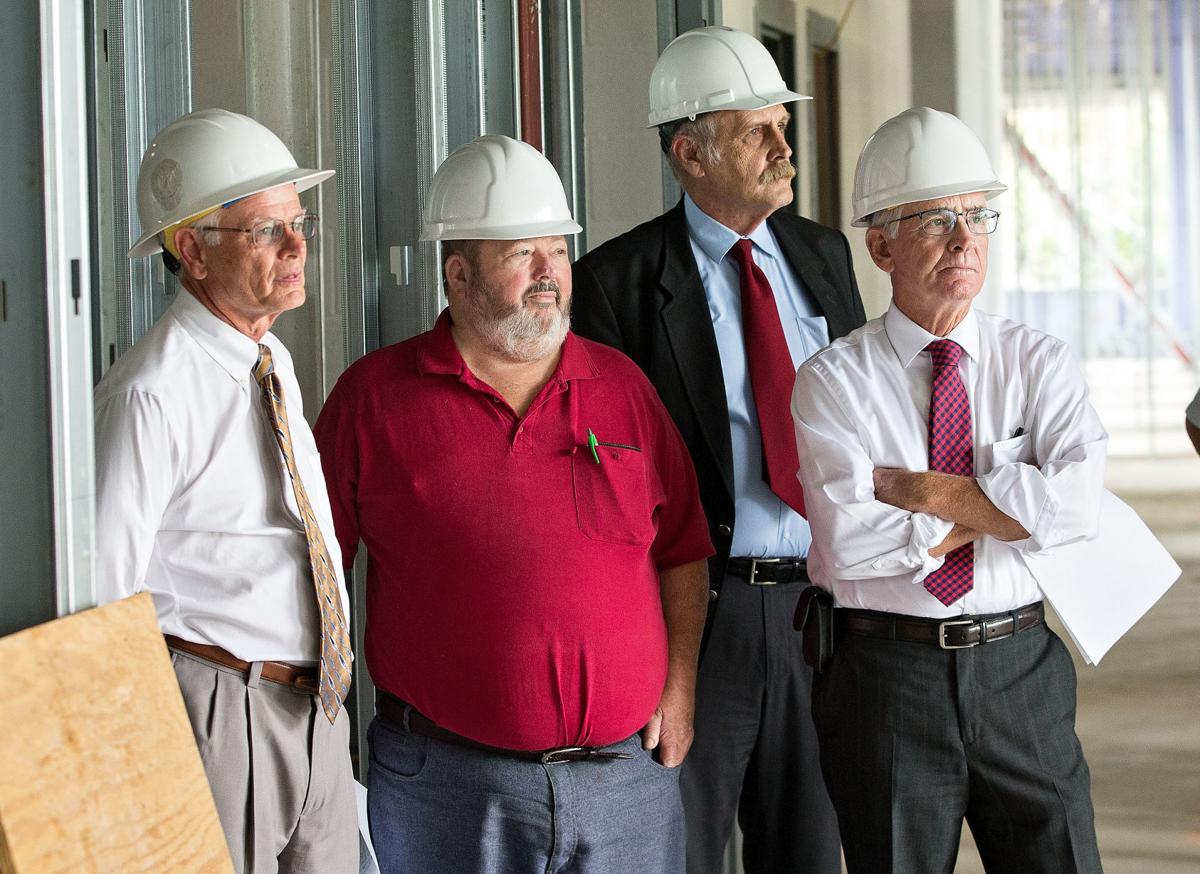 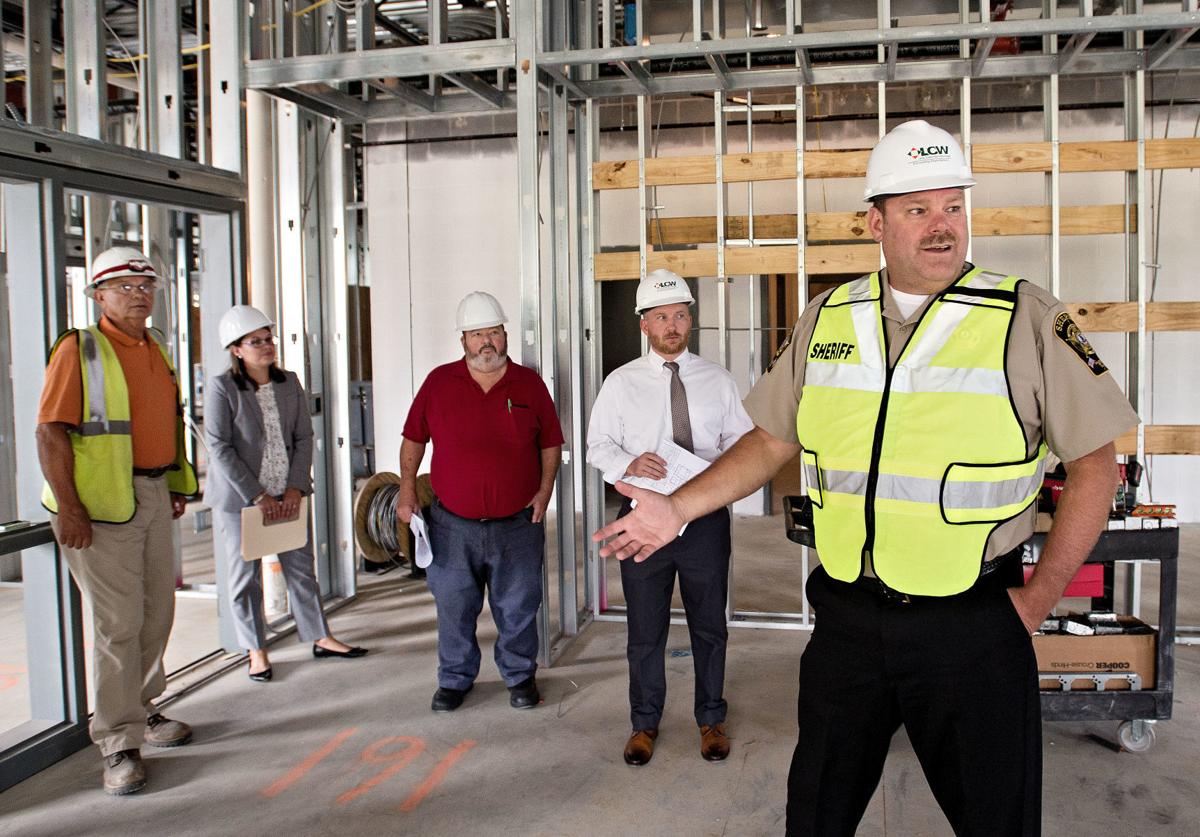 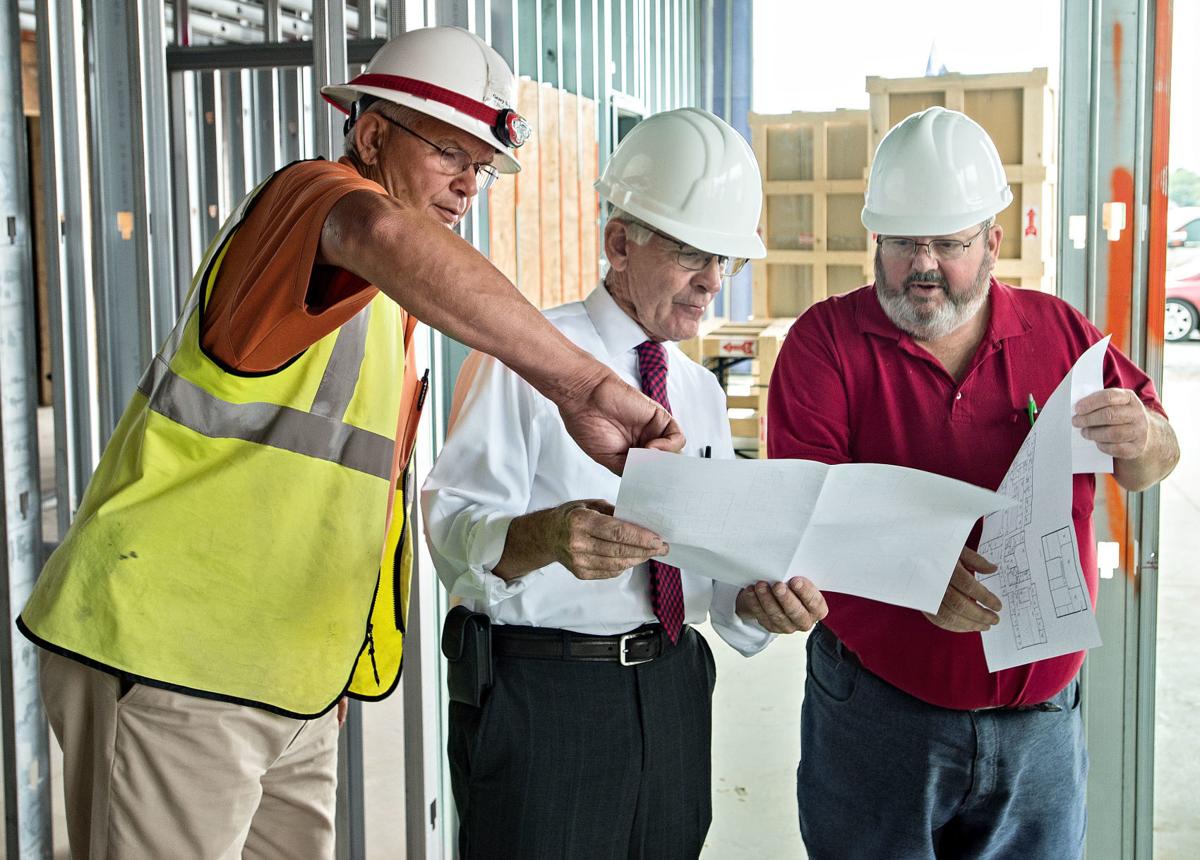 Geary Showman, left, the clerk of the works/site inspector for Shenandoah County, shows supervisors Dennis Morris, center, and Dick Neese, right, the layout of the new Sheriff’s Office and Emergency Communications Center during a tour in September.

Geary Showman, left, the clerk of the works/site inspector for Shenandoah County, shows supervisors Dennis Morris, center, and Dick Neese, right, the layout of the new Sheriff’s Office and Emergency Communications Center during a tour in September.

WOODSTOCK — The future home of the Shenandoah County Sheriff’s Office should boost morale across the agency, Maj. Scott Proctor says.

Employees at least get windows and more space, Proctor said Thursday as he led members of the Board of Supervisors and county employees through the facility that’s now 50% complete.

Proctor told the group that he expects the new facility to help boost morale among the Sheriff’s Office staff.

“Logistically, what’s the price value on that?” Proctor said. “That makes your agency work more efficiently.

“It’s a modern building,” Proctor added. “The security will be better. It’d be more access and control. In general, it’s the space. You don’t have four people in one office.”

Lantz Construction, of Winchester, began construction of the future Sheriff’s Office and Emergency Communications Center Complex in the fall 2018 using some of the existing structure at 810 N. Main St., Woodstock. Supervisors approved a project budget of $8.78 million with much of the funding expected to come from money the county receives through the Sheriff’s Office’s work with federal agencies as authorities seize assets connected with criminal enterprises.

“So I’d say we’re still in that summer 2020 range,” Vass said. “When they say complete, we still have the move-in and furniture and fixtures to go and (information technology) build-out to go.”

Proctor showed the group the future rooms and secure areas throughout the structure and their intended uses, from investigations and evidence holding to the patrol division and the parts of the complex open to the public such as the entrance and reporting rooms. Proctor also showed the rooms designed to house the Emergency Communications Center when it moves out of its current location in the nearby county government center. The design for the complex includes rooms that the two separate agencies can share and an area referred to as “Main Street.”

“Everything flows nice together,” Proctor told the tour group. “It’s a basic design, kind of a simple design, but it’s gonna be nice.”

The Emergency Communications Center’s relocation coincides with an $11.1 million upgrade to the county’s public safety radio system used by first responders and other local departments.