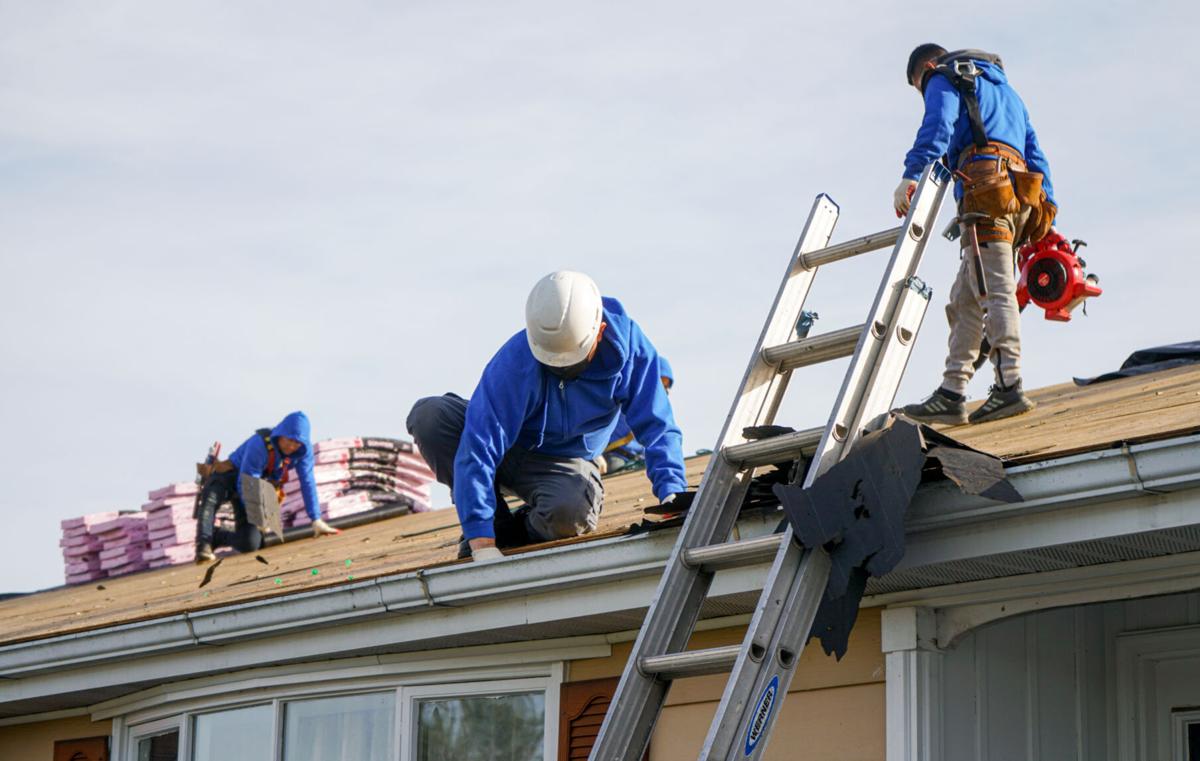 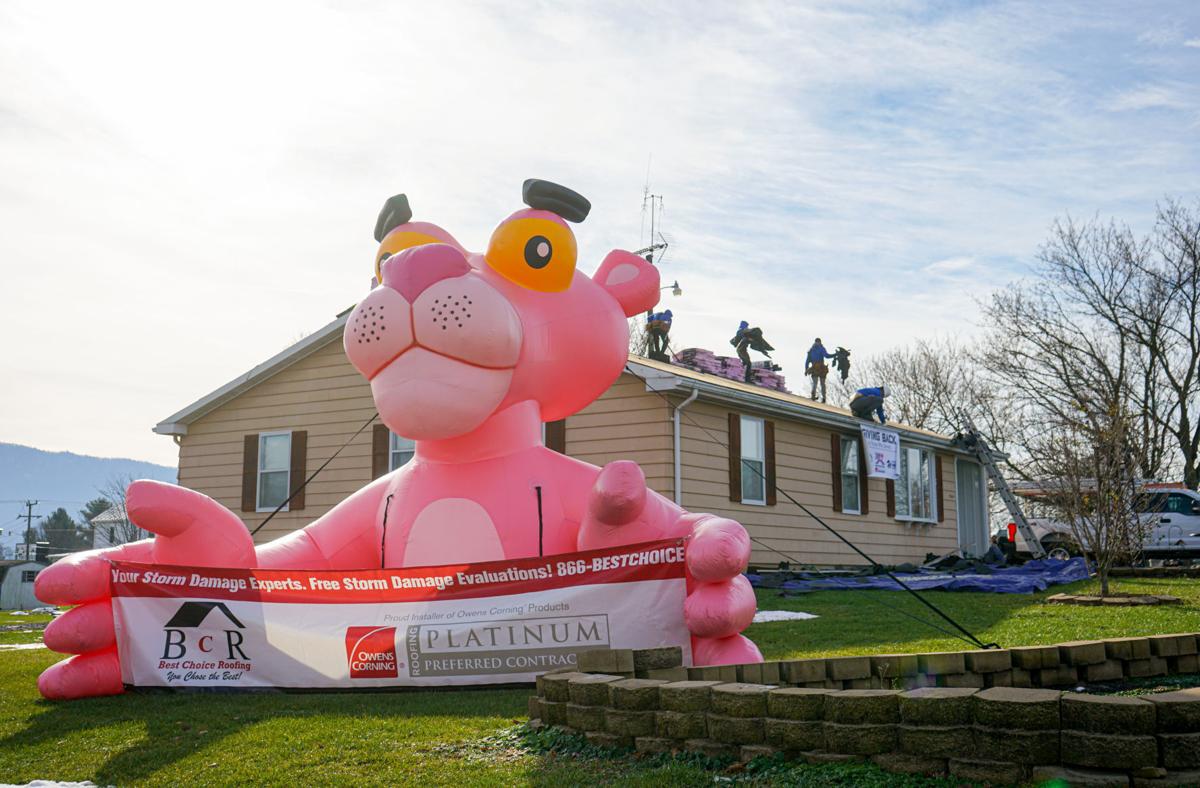 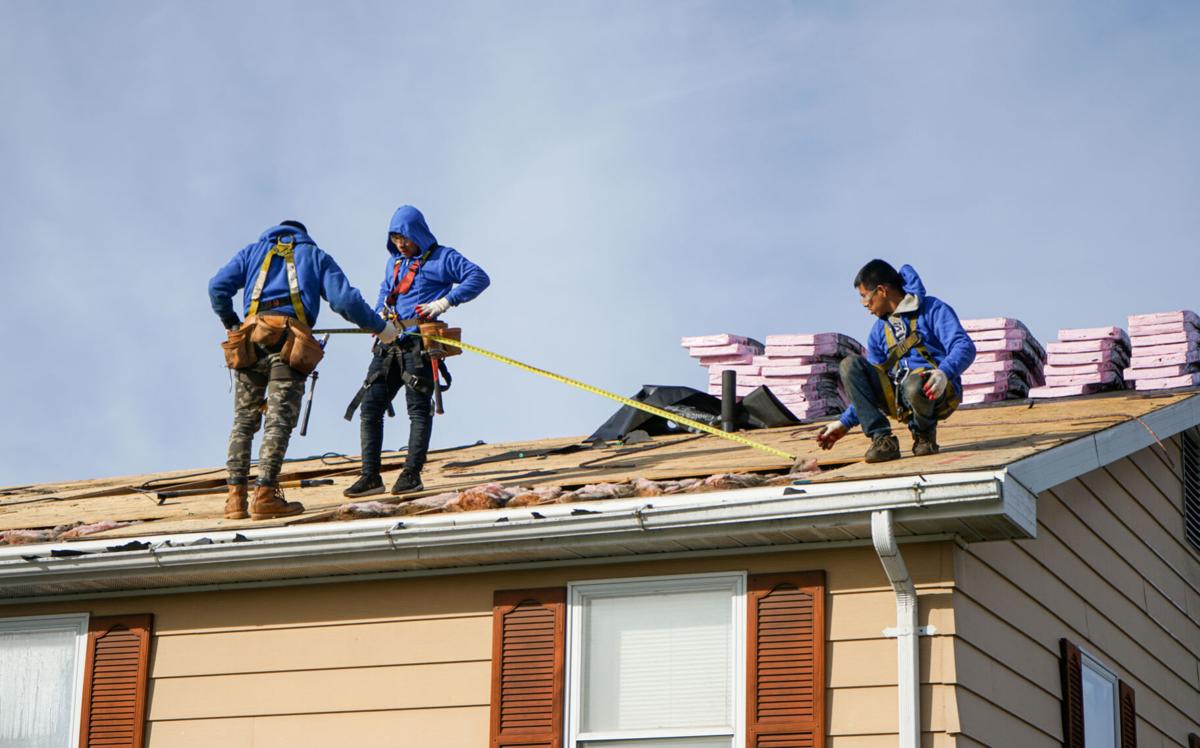 NEW MARKET — It took a few moments for George McKenzie to find the right words to describe what he was feeling.

For almost three hours, McKenzie stood in his driveway off Cadet Road in New Market watching an act of kindness unfold before his eyes. On the brisk Wednesday morning, a crew from Best Choice Roofing based in Manassas began to install a new roof for the U.S. Navy veteran. Within hours, McKenzie had watched his old roof in need of minor repairs be completely replaced at no cost.

It was a task McKenzie wasn’t expecting, especially with Christmas Day approaching. As he watched the crew reach the halfway point in the installation, it was difficult to not express his emotions.

“I am amazed, extremely thankful and grateful,” he said. “It is amazing that this world still has kindness in it.”

Roughly two weeks ago, Brooks said, he received a call from Owens Corning asking if Best Choice Roofing would be willing to install a new roof for a veteran. There was only one answer to give.

“We were more than happy to help,” he said. “Whenever they call, we are there to help.”

Helping a veteran had a deeper meaning to Brooks. He attended Randolph-Macon Academy in Front Royal when he was younger and grew up surrounded by friends in the military.

Being able to help a veteran in any way Brooks could was something he wouldn’t pass on. As he took on the project to assist McKenzie, he decided what better way to pay it forward than to install the roof as an early Christmas present.

“We jumped on it right away,” he said.

But there was another piece to the puzzle, a local piece.

When McKenzie served in the U.S. Navy, he was a part of Desert Storm — the first major foreign crisis for the United States after the end of the Cold War, according to the U.S. Department of Defense.

For three years he loved every minute of serving his country, but his service would leave him 100% disabled by Department of Veterans Affairs standards.

Doing repairs around the house can be difficult for McKenzie, including making repairs on a roof.

“Sometimes, you have to swallow your pride to ask for help,” he said.

Kim Herbstritt, executive director of Blue Ridge Habitat for Humanity, said that when McKenzie inquired about repairing a section of roof that was leaking, the ideal fix would be to replace the entire roof.

“We look at different opportunities to support him,” she said. “When we found out he was a disabled veteran, we looked into Habitat for Humanity International, who has a program with Owens Corning. He ended up being a candidate, and everything fell together.”

When McKenzie heard the news that instead of a simple repair his roof would be replaced, he responded in three words — “Oh, my God.”

“We love to see George feel happy and grateful,” Herbstritt said. “Especially during this time of year, it is a beautiful reflection and reminder of how much people do care. This is a perfect reminder of that.”

When Wednesday rolled around, Brooks and his team of eight crew members arrived at Cadet Road promptly at 8 a.m. For the next six hours, all eyes were on McKenzie’s home — and the inflatable Pink Panther on the front lawn representing Owens Corning.

In between breaks, McKenzie would bring out hot coffee to the crew. After speaking with one of the crew members to share his gratitude, he said he was told they were doing their job.

In McKenzie’s eyes, it was more than that.

One phone call led to assistance McKenzie never dreamed of that he would never forget.

“I didn’t expect all this to happen, but I am so thankful,” he said. “We should pay it forward because what you put out into this world comes back to you.”