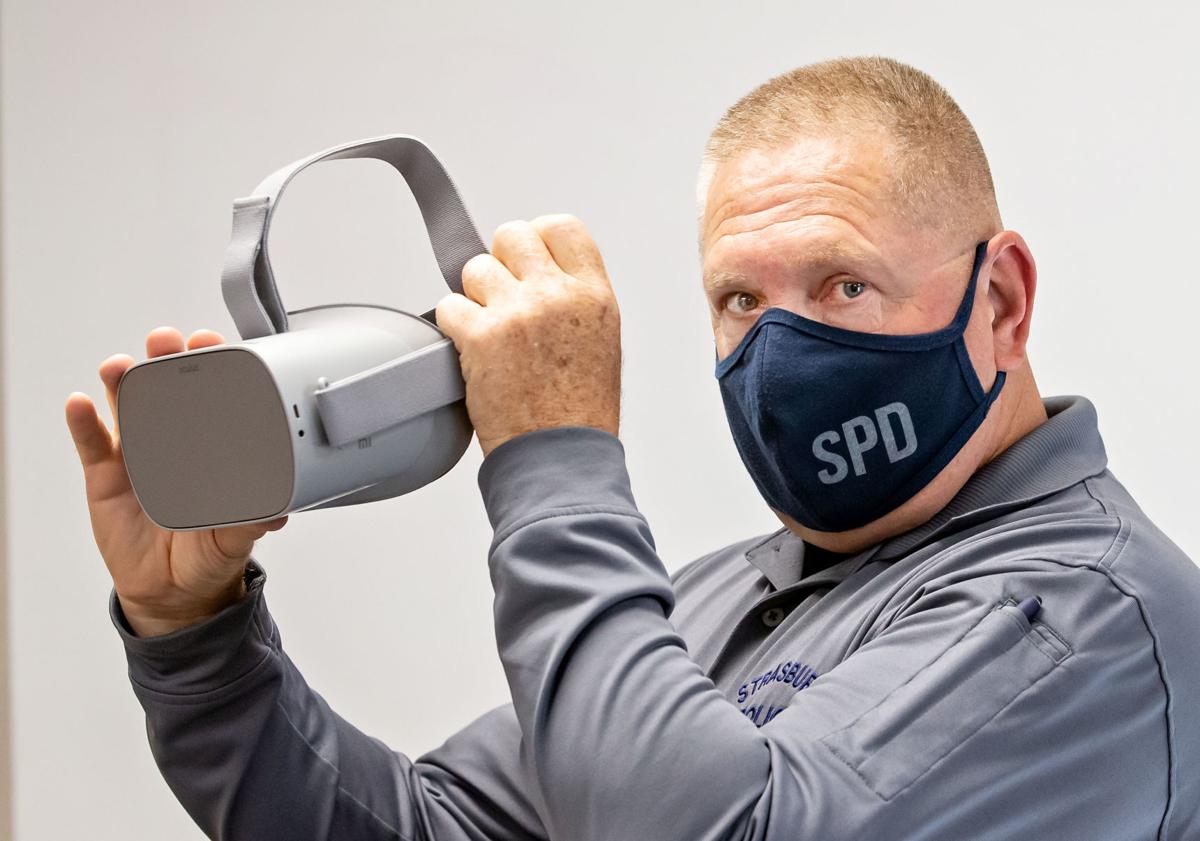 Strasburg Police Department Lt. Lonnie Conner holds a pair of virtual reality goggles that train officers on crisis de-escalation techniques. The department received the goggles through a grant that was paired with the purchase of a new Axon Taser 7 for each patrol officer. 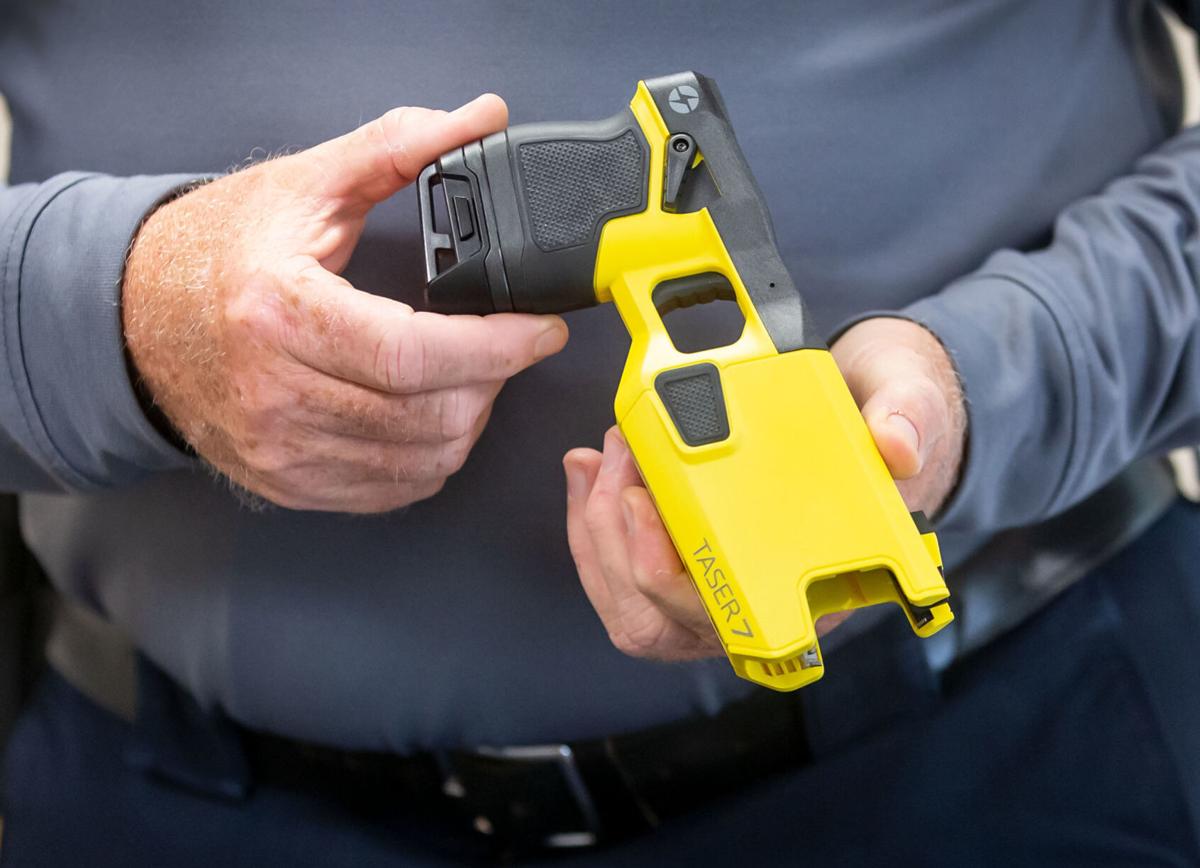 Lt. Lonnie Conner holds one of the new Axon Taser 7 devices that each patrol officer will carry.

Strasburg Police Department Lt. Lonnie Conner holds a pair of virtual reality goggles that train officers on crisis de-escalation techniques. The department received the goggles through a grant that was paired with the purchase of a new Axon Taser 7 for each patrol officer.

Lt. Lonnie Conner holds one of the new Axon Taser 7 devices that each patrol officer will carry.

The goggles were paid for through the Edward Byrne Memorial Justice Assistance Grant, or JAG, worth $80,000, said Capt. Jason Ford.

“We’re very fortunate to get that grant,” he said. It was the first time the department applied for the grant, he said.

The VR goggles offer something “like a video game,” said Lt. Lonnie Conner, training coordinator for the department.

“It puts you in the officer’s shoes and then that person’s shoes. Different perspectives.”

The goggles contain a program with three crisis situations that each give the officer options for how to proceed when encountering an individual, such as asking the person to put down a weapon, calling for backup and asking bystanders to back off.

“This is geared toward de-escalation, so it’s not about shoot/don’t shoot, or anything like that,” Conner said. “It’s about being able to recognize and then being able to talk. Crisis intervention.”

The program’s scenarios help officers not only run through actions when talking with a person who has autism or who might be suffering a behavioral health crisis but also see how it looks from a civilian’s point of view being approached by law enforcement with their weapons drawn.

Several officers have had the chance to use the software so far, Conner said.

“The ones that [have] actually used it, it’s pretty mind-blowing,” he said. “Number one, like for me, we don’t know what it’s like to be in that person’s shoes. This lets you do that.”

Though new, the goggles are supplemental to training that officers have been receiving through community resources and partnerships with organizations such as the Virginia Department of Social Services and Northwestern Community Services, which according to its website, nwcsb.com/missionvision.php, helps “people through life's challenges with quality behavioral health services guided by principles of respect, recovery, and self-determination.”

Ford said he hopes the new training equipment will better prepare officers for a variety of situations they might encounter in the field.

“When you can change that perspective and I can put myself in somebody with a mental crisis or that has autism,” he said, “these will help officers identify those things and that’s what’s big, that’s what’s important.”

Axon, the company that supplies the goggles, offers software upgrades with other scenarios that Conner said the department could pursue in the future.

“It all depends on the circumstance,” he said.

Mostly, Ford and Conner are grateful to have the goggles for the additional understanding and perspective they grant officers.

“With this tool ... it’s going to be more tools on their toolbelt and in their mind,” Ford said. “How to create that confidence to deal with people and ultimately end as peaceably as possible.”

“I’ve actually been on suicidal calls where they would ask if you were a CIT officer,” he said. “And they would instantly be relieved, and they would talk to you.”

“We exceed those hours probably by triple that,” he said. “It teaches officers how to talk to people.