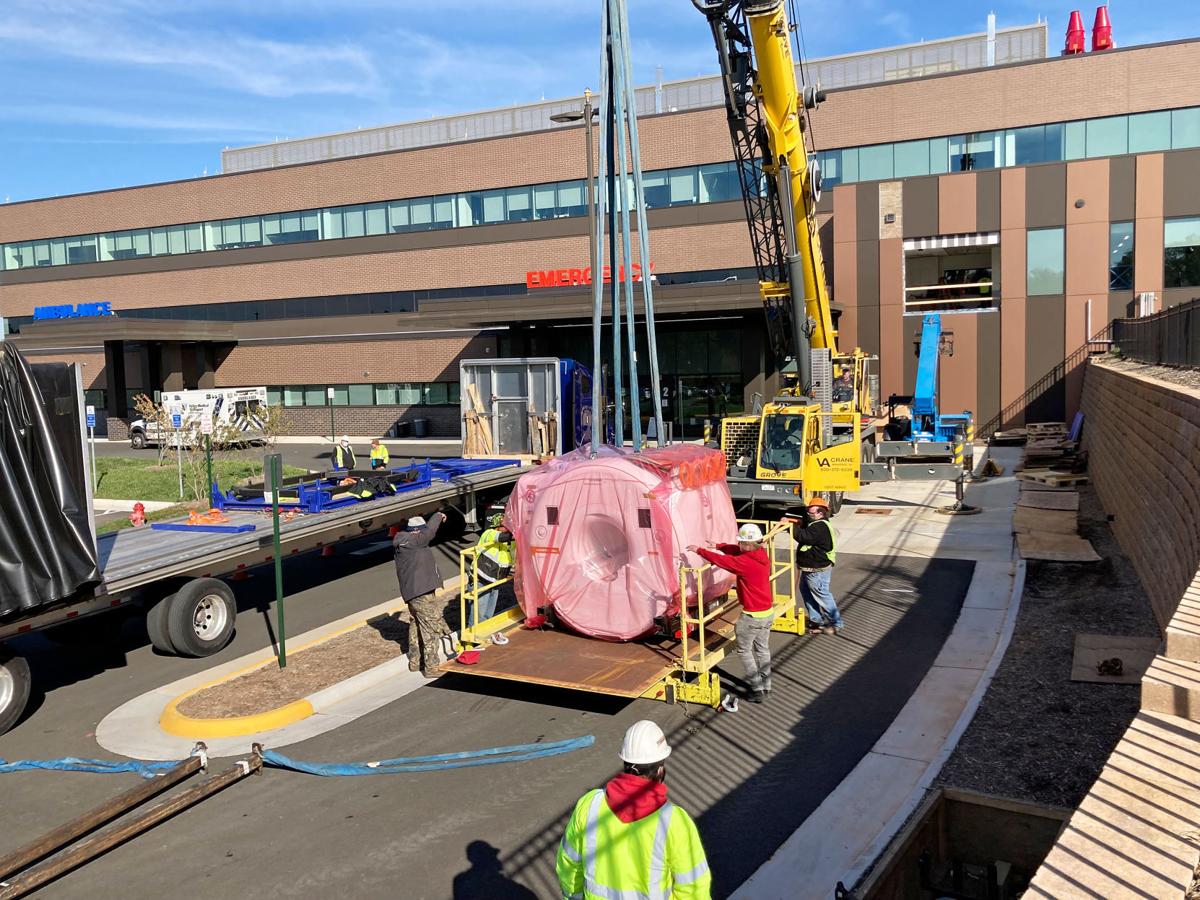 On Nov. 6, subcontractors used rigging apparatus and a crane to carefully lift the nearly 9,000-pound magnet from a flatbed trailer and maneuver it through a 10 foot-by10-foot opening in the new hospital’s exterior wall to rest in the Medical Imaging Department on Level Two. 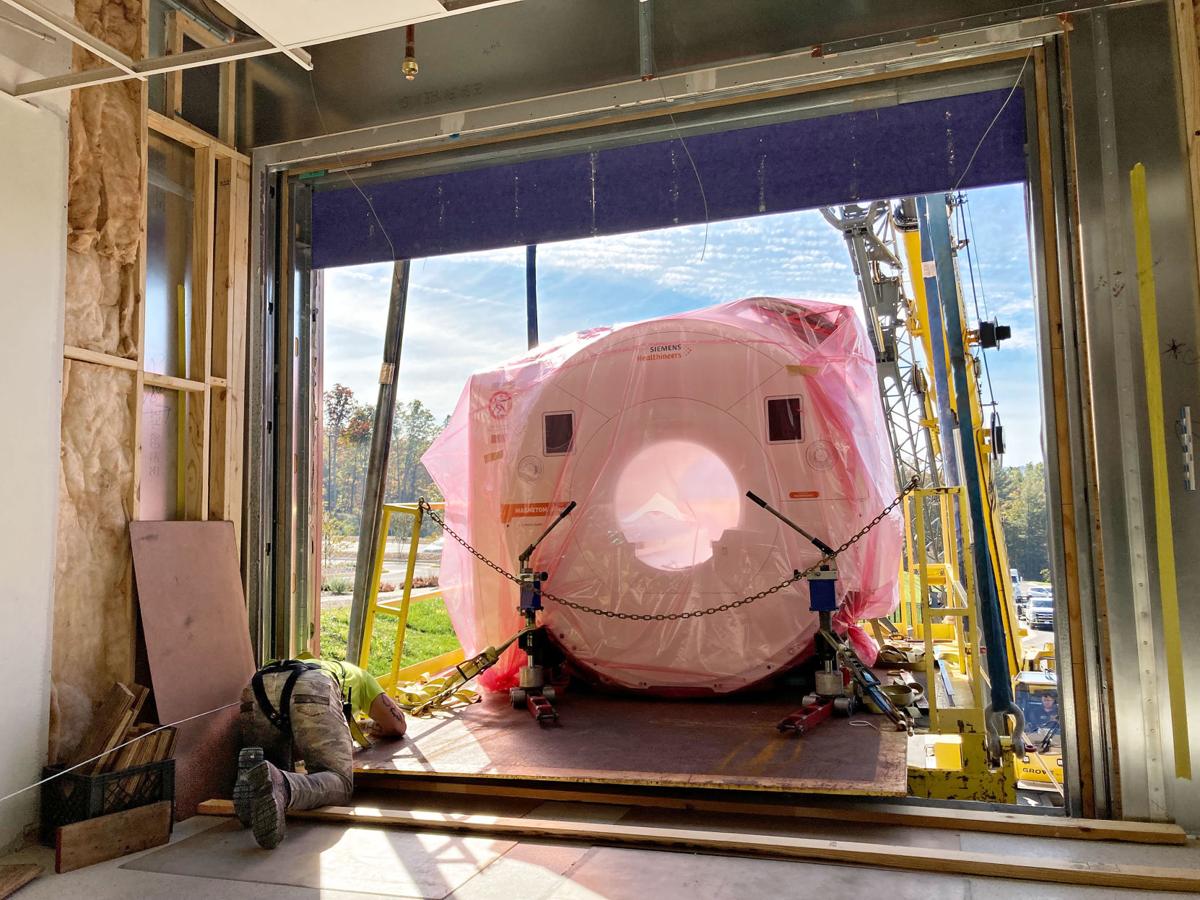 The magnet enters the hospital.

On Nov. 6, subcontractors used rigging apparatus and a crane to carefully lift the nearly 9,000-pound magnet from a flatbed trailer and maneuver it through a 10 foot-by10-foot opening in the new hospital’s exterior wall to rest in the Medical Imaging Department on Level Two.

The magnet enters the hospital.

A mobile MRI unit will remain in a trailer on the campus until the fixed unit is ready for patients in early January.

“We’ve been working in a new mobile unit for a few years,” said Jim Ziner, director of medical imaging for the hospital, which opened in June and replaced the former hospital at 1000 N. Shenandoah Ave.

The new machine cost around $1.5 million, Ziner said, and the construction to house it has cost the hospital about $3 million.

He said the mobile unit has worked fine, but the fixed unit inside the hospital will provide a more convenient option for both patients and staff.

“The patients will not have to go outside of the hospital to the mobile trailer and be exposed to the weather elements,” he said.

Once operational, the fixed MRI machine will be the only one at the hospital, he said.

Valley Health has another mobile unit that for years has serviced the hospital campuses in Page, Warren and Shenandoah counties. The health system purchased a second mobile unit a couple years ago to use once Warren’s new hospital was finished, Ziner said.

When it’s replaced by the fixed MRI machine in January, the second mobile unit will be free to move elsewhere, though Valley Health hasn’t announced any specific plans for the unit.

Hospitals use MRI machines to look for tumors, masses or any other anatomical abnormalities, Ziner said.

It differs from a CT scan, which “uses radiation to obtain its images,” he said.

The MRI scan uses a combination of radiofrequency and a magnetic field to provide images of the body.

For patients who have metal implants, Ziner said the medical team will research the implant and the manufacturing company beforehand to determine if it would affect the patient’s safety during an MRI scan.

Though most new implants these days are safe, he said, research determines if patients are safe to go through the MRI’s magnetic field.

“The fixed unit is a conventional MRI machine, Ziner said.

“It is not in the open design, but it does have a wider opening and a shorter opening inside, so there’s more room for the patient,” he said.

Because MRI machines can make patients feel claustrophobic, the roomier machine will help ease concerns, he said. Patients also sometimes opt for a cloth to cover their eyes if their scan requires them to have their head and shoulders inside the machine.

However, Ziner said, “The MRI can image any part of the body to make a diagnosis.”

The hospital expects to start training on the machine as of Jan. 3 and introduce patients on Jan. 4.