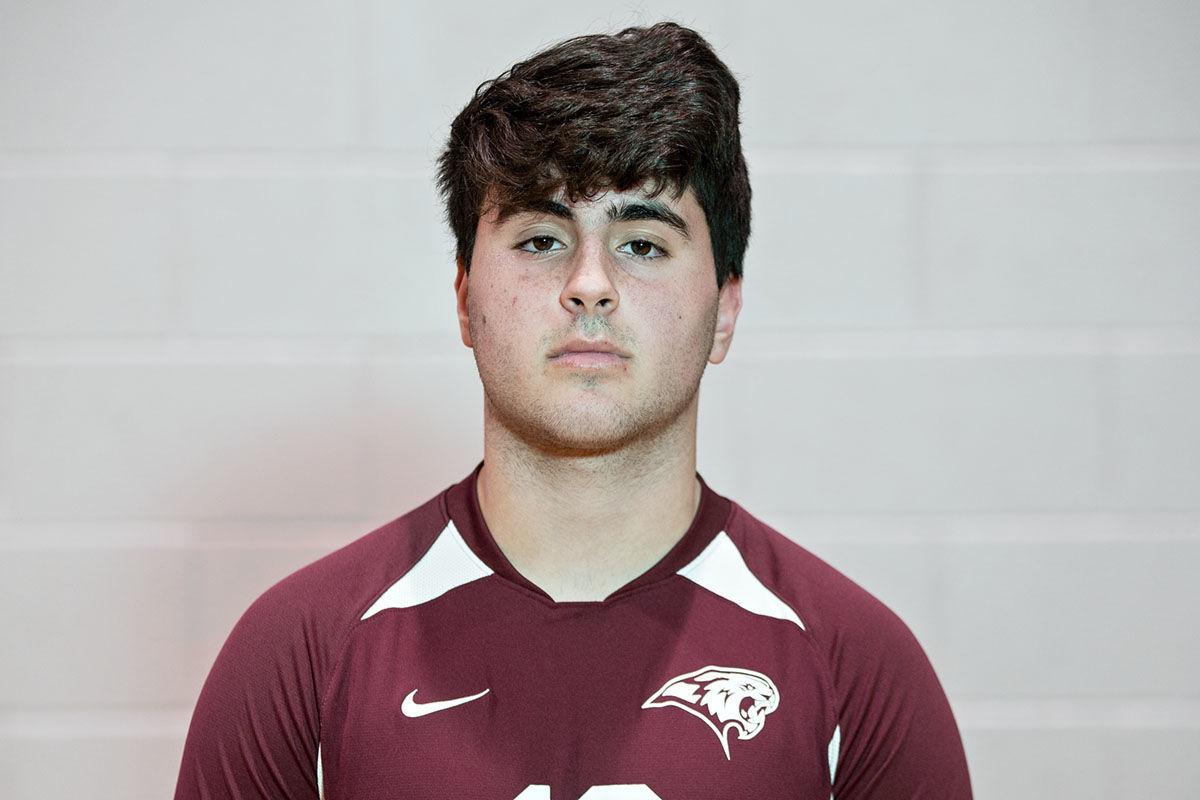 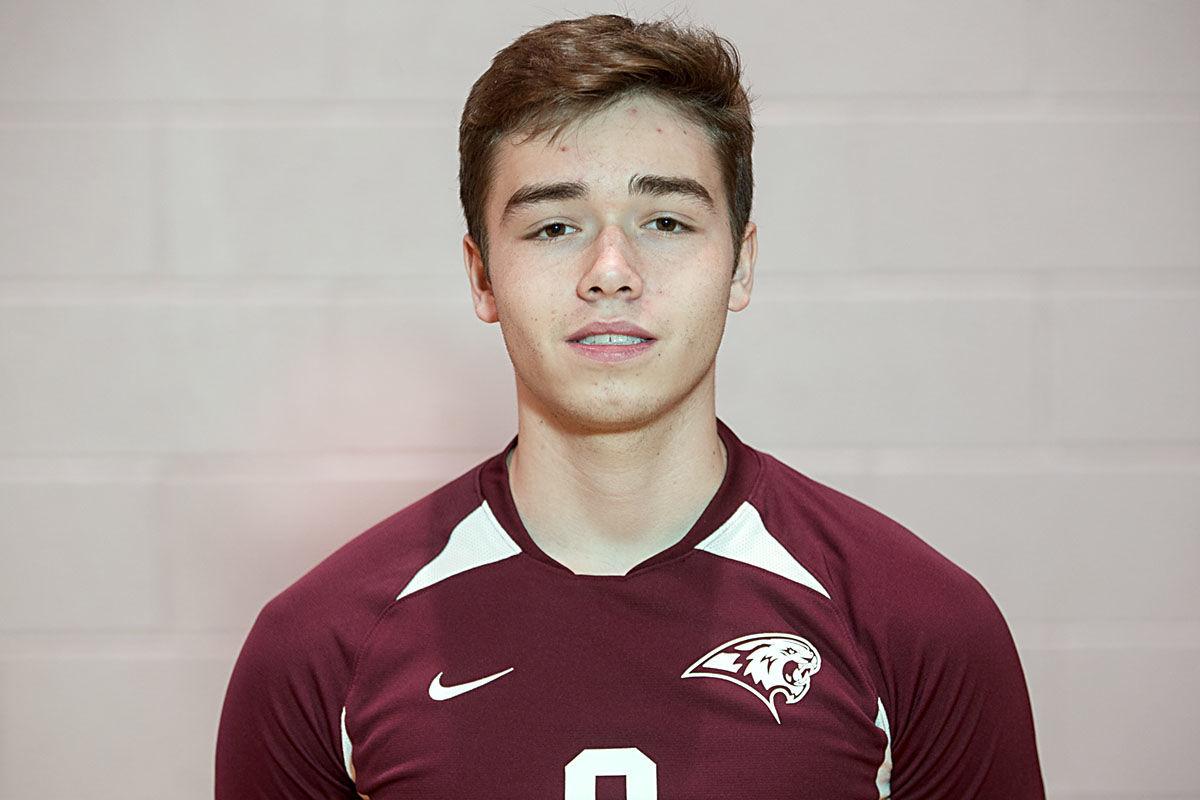 The nine seniors on Warren County’s boys soccer team all brought something to the program.

Warren County coach Andrew Lowery said that seniors Joey Kilgallen and Donovan O’Reilly were the main cogs in the team and had the most experience.

“Of the nine seniors, two of them have been playing on the varsity team for the whole four years, and that’s Joey Kilgallen and Donovan O’Reilly,” Lowery said. “Those two young men are very good players and were really the heart and soul of that team even last year. They kind of filled leadership roles just because we didn’t have any vocal experienced players. But this year was going to be their year to shine.”

The other seven seniors are Matthew Adams, Zachary Bourgoin, William Huerto, Nicholas Lowery, Noah Skube, Niko Tolentino and Robin Tolentino. Lowery said that those seven were made up of kids either in their first year or second year on the varsity squad.

Lowery said that the senior group had a strong chemistry together.

He said that most of the players were two-sport athletes.

Lowery, who retired from the Army four years ago, said that he thinks so much of Kilgallen that he sent a letter of recommendation to a local congressman for Kilgallen to be accepted into the Naval Academy.

“Joey (Kilgallen) has been a vocal and demonstrative leader on the field since he was about 14,” Lowery said. “People listened to him. The boys respect him. He’s a (Virginia) Governors School kid. So he’s a smart, intelligent and generally humble kid. Last year he kind of broke out, had more goals than we thought he would, particularly playing in the midfield. This year, considering the change with our sophomore class (moving up) in the midfield, it was my intention to put him up front with the hopes that he would shine. His foot skills, his ability to handle the ball, his knowledge of the game and kind of presence on the field. He just always knew where to be, and for the most part was able to dictate to others on the field where they should be without making them feel he was hounding them. Joey’s just a really good kid.”

Lowery said that O’Reilly has improved and is a solid defender for the Wildcats.

“I wish I had met that kid when he was a little bit younger,” Lowery said. “Donovan is about 6-2, 6-3 and probably 210 pounds and an absolute terror central defenseman. I can put him by himself against anybody and in any league, even in the fall league playing against the (Washington) D.C. teams. I would have taken him against anybody. He’s strong, fast but really humble and nice. But when he turned it on, he just had a killer instinct. If he tackled you, you knew it. He would always help the guy up, but he would make sure that he got the ball and the kid didn’t try it again.”

Lowery said that O’Reilly is planning to play soccer this fall at Tiffin University, a Division II school in Ohio.

Bourgoin, who had one goal last year for the Wildcats, might also be playing next year at the Division III level, Lowery added.

“Zach Bourgoin was another one this year that he made leaps and bounds improvements,” Lowery said.

Lowery said that twins Niko and Robin Tolentino didn’t have as much experience as some of the other players but it was still nice to have them on the team.

“Niko and his brother Robin (Tolentino) were just really good kids,” Lowery said. “Hard working, really good kids. They were kind of in the boat my son, Nicholas, was – just kind of enjoyed playing. They were friends with everybody.”

Lowery said that Skube took two years off from soccer to work at his dad’s business. Lowery said that if Skube would have stuck with soccer he probably could have played at the collegiate level as well.

“Given his size, speed and athleticism with two years more training he could have probably gone to a small Division III school,” Lowery said. “He’s just a really good kid.”

Adams, who also played on Warren County’s basketball team, is going into the Army and Lowery said he will do well there.

“He’s a good respectful, athletic kid that will do wonders in the military,” Lowery said.

Lowery’s son Nicholas is following in his father’s footsteps and heading into the Army in July. Andrew Lowery said that Nicholas enjoyed running cross country more than playing soccer but still gave it his all.

“He thoroughly loved the game, but he really enjoyed running more,” Andrew Lowery said. “So his focus was cross country. He was one of the one’s he did it for fun more than anything else. But hes a generally good kid.”

Andrew Lowery said he tried to help coach Nicholas’ teams as much as he could over the years but it was hard with being in the military. Andrew Lowery has been a volunteer coach for the last three years before taking over the varsity program this season.

“So being able to be on the field with your son – it’s a treat,” Andrew Lowery said. “There’s friction. There’s times if I give him a hard time he probably thinks that I’m singling him out. But I try to be a pain in the butt evenly. He knows my expectations. I probably do hound him a little bit harder just because he lives with me, he knows what to expect. I think this being his senior year, I think he enjoyed this year with me being the coach.”

Andrew Lowery said the group overall showed great leadership skills and they will be missed next season. The Wildcats have some younger talent coming through the program, according to Andrew Lowery, but he felt like this season could have been a big one if it wouldn’t have been shut down by the COVID-19 pandemic.

“So this was going to be our year,” Andrew Lowery said. “I really believe we could have got regionals this year. It was disheartening for everybody, but obviously the seniors more than the younger kids. But from a coaches perspective, I went into this year thoroughly looking forward to cleaning up the district and it just didn’t happen.”