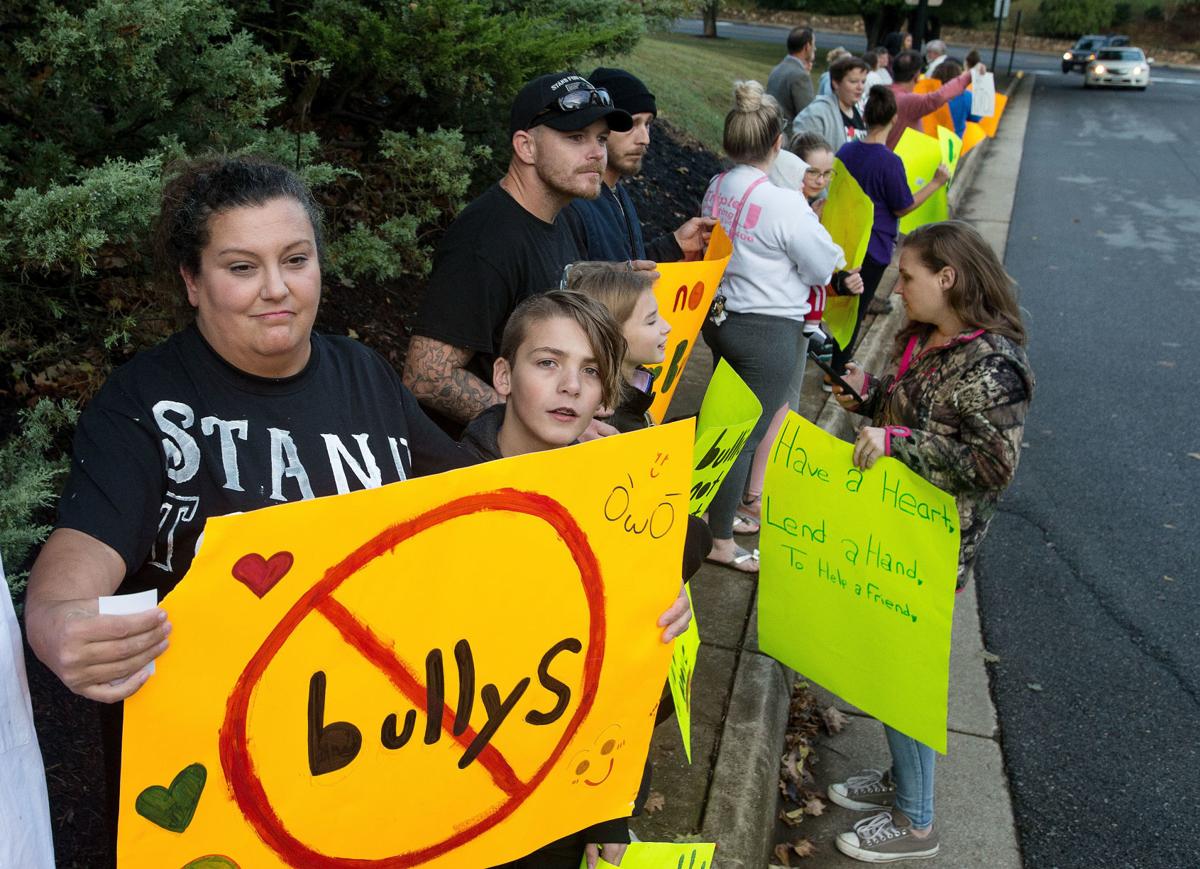 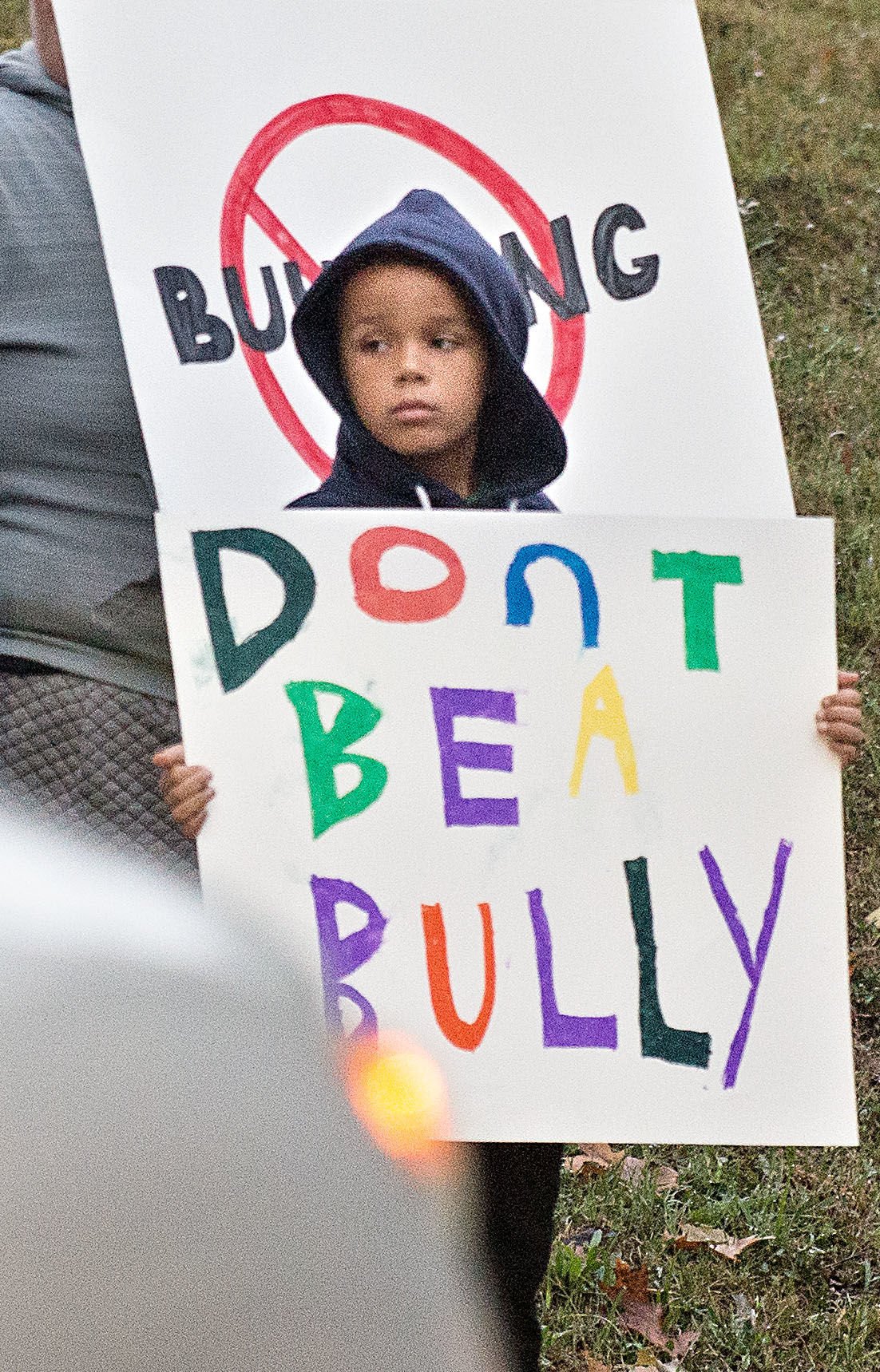 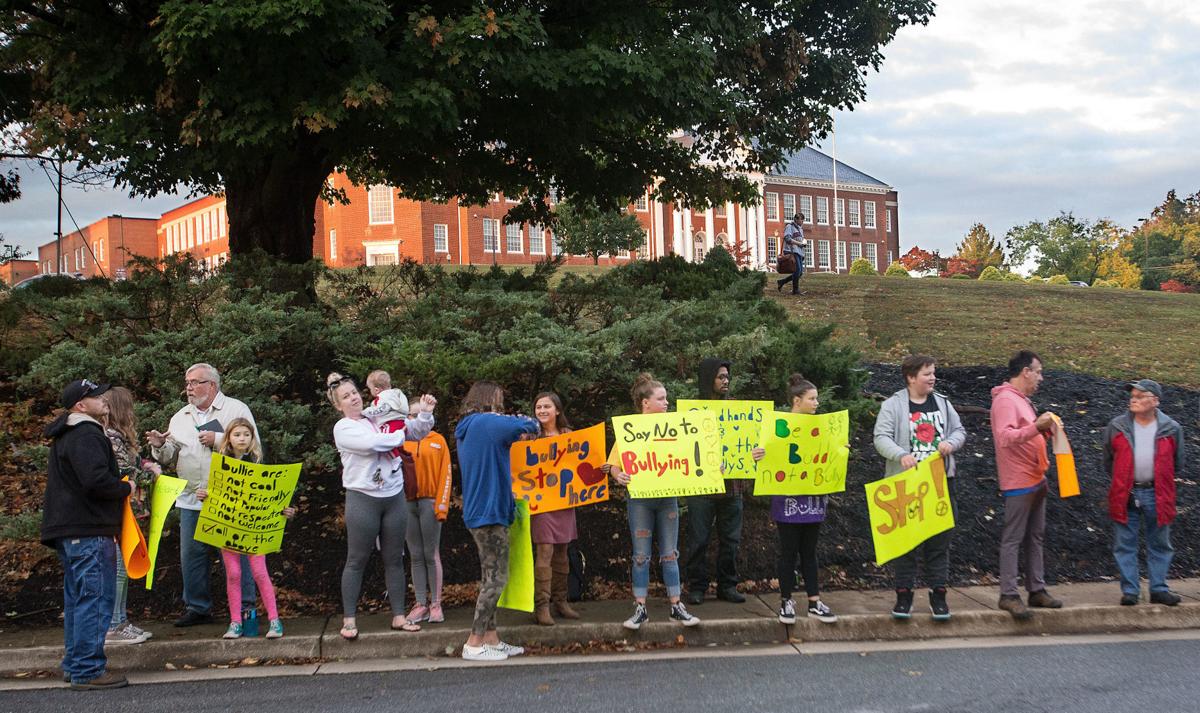 Protesters line the sidewalk outside Skyline Middle School on Wednesday. 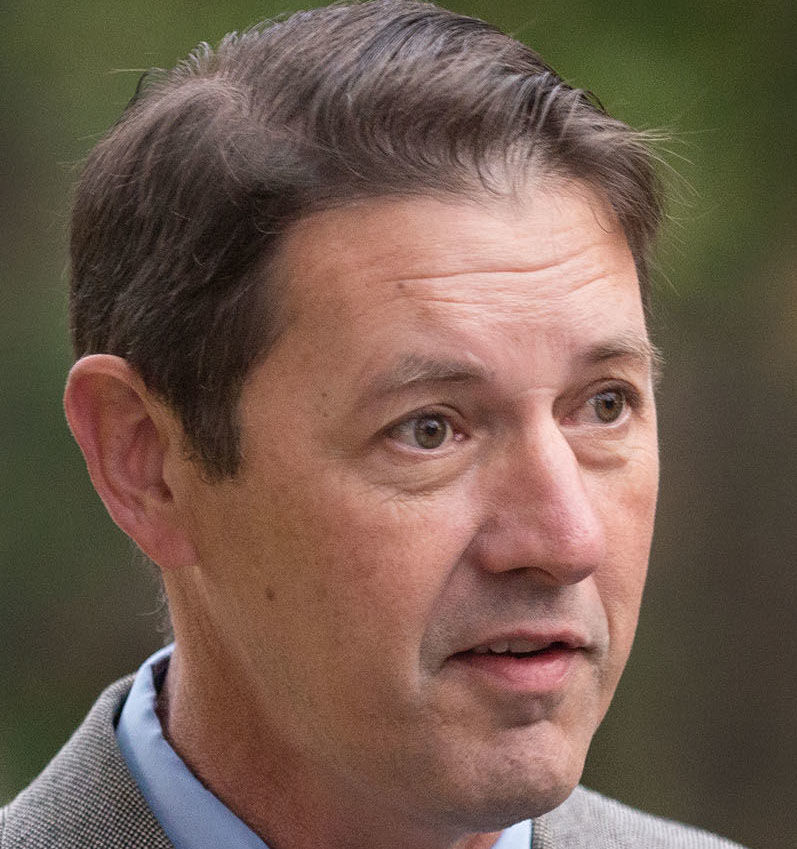 Protesters line the sidewalk outside Skyline Middle School on Wednesday.

Jamie Oliver, one of the organizers of the protest, said that her son was bullied at the school and she is tired of it.

Oliver’s husband Justin said that it is time to seriously address the bullying issue.

“It’s time to fully embrace the zero-tolerance policy,” he said. “No more ‘boys will be boys’ or ‘kids will be kids.’ Call it for what it is — bullying. If the system is falling short, maybe it’s time for a new system.”

Justin Oliver said that over 50 signatures were gathered from students at Skyline Middle School who had been bullied or are standing against bullying.

“The common consensus from other parents is that a lot of other children have issues of bullying and what’s being said is they are ‘attention-seeking,’” he said. “It’s the same phrase that was regurgitated to [Jamie].”

Jamie Oliver recognized the law enforcement officials whom she has been in contact with during these incidents but feels that the school may be “tying their hands.”

“I’m tired of the secrecy,” she said. “I want to be informed. I want others to be informed. We need to hold our schools accountable. They need to protect our kids as we would. We should expect [our kids] back the same way we put them on the bus. I don’t want to sit here and cry and worry.”

Another protester, Jessica Haugen, whose child has been a victim of bullying in the past, said that bullying has become a growing issue in Warren County Public Schools.

“I think it’s a terrible issue and the schools say there’s zero-tolerance, but they don’t do anything about it,” she said. “They rather blame the victim rather than deal with it. They just want to sweep it under the rug.”

Other bullying incidents have been reported, including one at Skyline High School last week. Virginia State Police are investigating the incident — an alleged assault of a student by at least two other students — at the recommendation of the Warren County Commonwealth’s Attorney’s office.

When asked why state police were asked to investigate this incident when it normally would fall to the Warren County Sheriff’s Office, Commonwealth’s Attorney Bryan Layton said that state police were asked to investigate it to “avoid any potential aspects or improprieties by the Commonwealth’s Attorney’s office and local police.”

Jamie Oliver said that she pressed charges against the students who harmed her child at Skyline Middle School, but she said that it was more to teach them a lesson rather than to punish them.

“I don’t want to see kids punished,” she said. “I want them to be held accountable. I want counseling [for them] or have them be a buddy. I want to turn this around. Giving punishments out isn’t going to solve the problem all the time. We need to work with them.”

She added: “Ultimately, if you don’t hold anyone accountable, it doesn’t matter how many policies you have. Zero tolerance is zero tolerance, yet multiple people are having the same issues.”

Tom Sayre, a member of the Warren County Board of Supervisors, attended the protest on Tuesday.

“There is zero tolerance for bullying,” he said. “No child deserves something like that to happen to them. Typically, people who bully like this at this age have had some bullying that have been done to them earlier in their life and this is how they take out their aggression. This can be a complex problem.”

Alan Fox, director of secondary education for Warren County Public Schools, was also in attendance for the protest.

“We stand with the parents,” he said. “We want our kids to be safe and we want them to feel safe. We don’t like bullies either. We want kids to come to school and get a great education.”

Skyline Middle School principal Bobby Johnston released a statement on Tuesday responding to the bullying instances at the school.

“We believe that all students have the right to live and be educated in a safe, caring and supportive environment with mutual respect and courtesy. Bullying is anti-social behavior that threatens the values, standards, and peace of our school and community,” Johnston said.

Johnston said that Skyline Middle School offers multiple programs that prevent and address bullying that students can take part in.

“We are here to help support and grow engaged, healthy children into engaged, healthy young adults who are ready for the academic challenges of high school,” Johnston said. “We welcome a partnership with the parents of our students in order to form a strong community connection.”

Johnston said they can contact him at 540-636-0909 or via email at bjohnton@wcps.k12.va.us if there are any questions or if they would like further information on the programs Skyline Middle School offers.