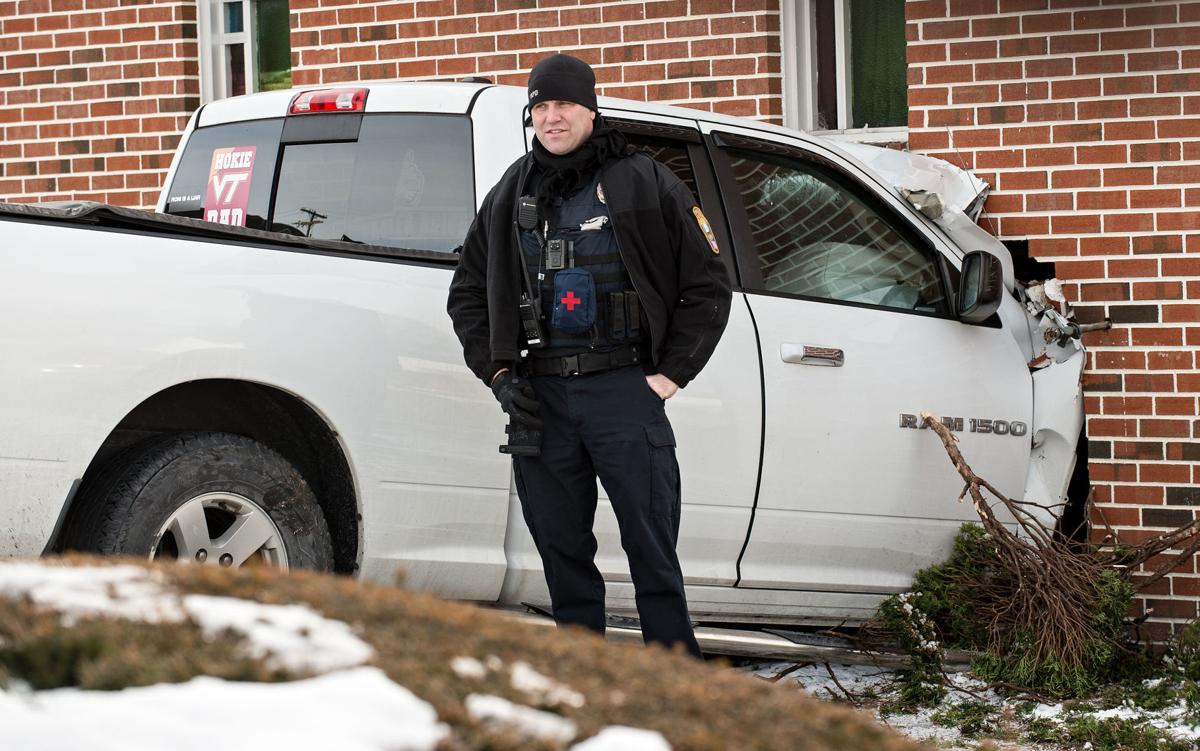 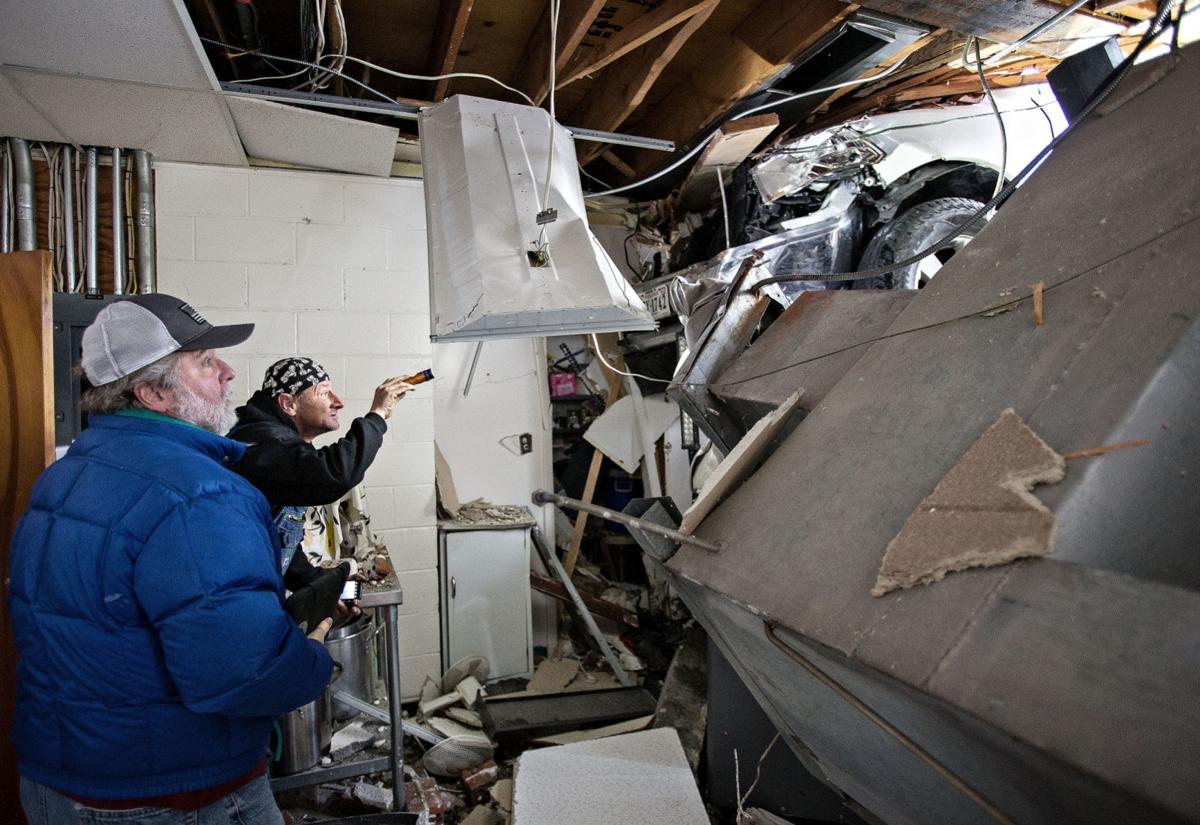 FRONT ROYAL – After a pickup truck crashed into the First Assembly of God church on Thursday morning, Associate Pastor Nick Croft said structural damages were the least of his worries.

“A building is a building,” he said, expressing more concern over the driver’s health.

The driver - Francesco “Frank” Amari, 48, of Strasburg - was transported to Winchester Medical via ambulance, according to Capt. Crystal Cline.

Officer Erik Rosemeck said the Amari apparently “blacked out” while southbound near First Baptist Church and that alcohol was not involved.

Rosemeck said the pickup then crossed the center line and went over a curb near Blake & Co., taking out a mailbox and street sign. The truck then went over another curb on 12th Street, ran over shrubbery and crashed into the unoccupied church at 1111 N. Shenandoah Ave.

Nick Croft’s wife, Susan Croft, said that they received a call in the morning from the church’s security company regarding an alarm and movement that was detected in the kitchen. So, she went to the church thinking that perhaps the freezing weather resulted in a broken water line.

Instead, she arrived to find a truck lodged in the side of the building and was overcome with "stress" and "terror" and concern for the driver’s health.

She said the truck crashed into a basement kitchen and a storage area on the ground floor. The wreck, she said, left “substantial damage” to the interior, which included a line break that resulted in “trickling” water.

Regarding the building, Nick Croft said a contractor will help close the gap in the wall and discussions with the church’s insurance company are imminent.

Rosemeck noted that the crash occurred in proximity to a beam and the county building inspector was examining the scene to ensure it was safe to remove the truck.