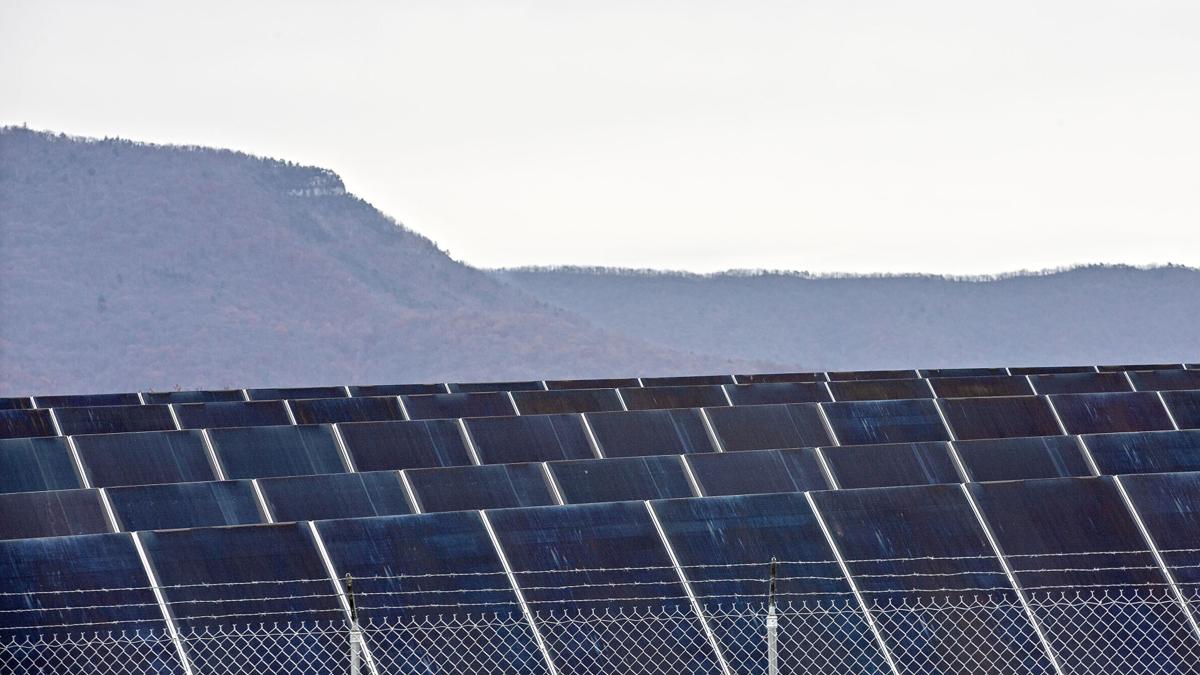 Solar panels are backdropped along the Massanutten mountain near the intersection of Georgetown Road and Walker Road on this 32 acre solar farm, which is part of phase 1 of three phases. A fourth phase is up for vote by the Mount Jackson Town Council and Planning Commission. 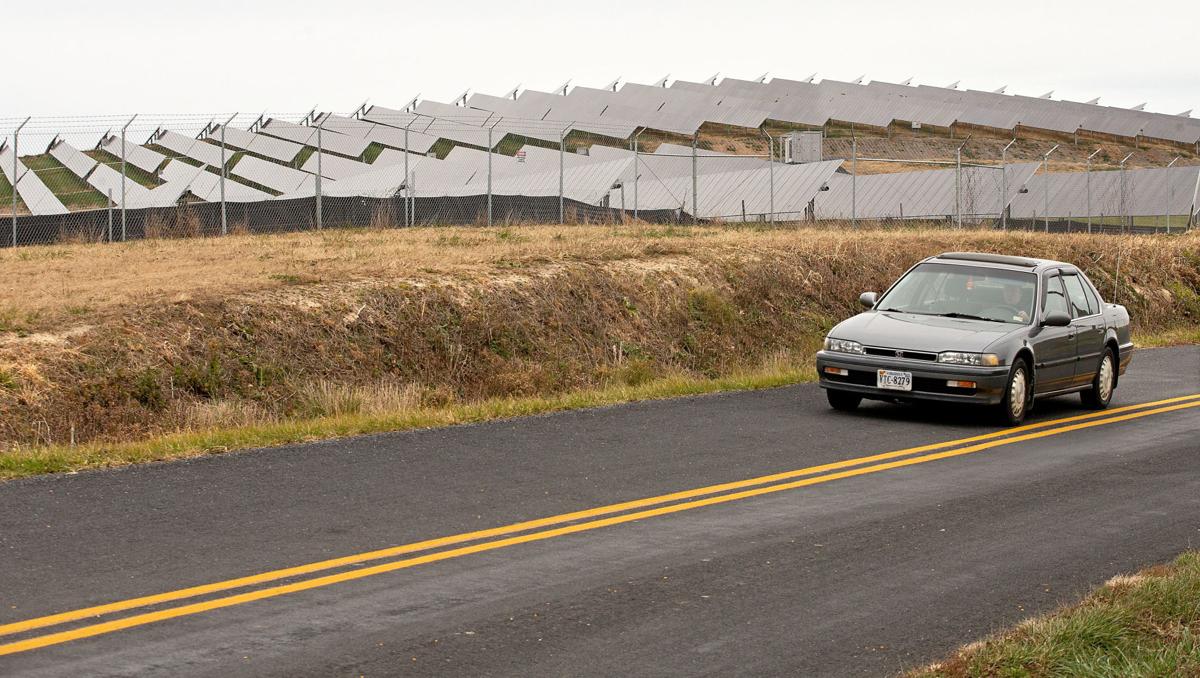 Solar panels are backdropped along the Massanutten mountain near the intersection of Georgetown Road and Walker Road on this 32 acre solar farm, which is part of phase 1 of three phases. A fourth phase is up for vote by the Mount Jackson Town Council and Planning Commission.

MOUNT JACKSON — The Mount Jackson Planning Commission voted unanimously Monday night to defer a decision on the proposed 128.6-acre expansion of the OFW solar farm off Turkey Knob Road until its Jan. 3 meeting.

The decision came after an about 90-minute joint public hearing with the Town Council featuring 18 speakers.

The public hearing was on two aspects of the proposed expansion including a Substantial Accord Determination — which is required by state code to ensure proposed public utility facilities align with the town's comprehensive plan — and a Special Use Permit.

The OFW solar farm project is on land owned by Robert Whitehurst and his sister, Eleanor. Three phases across 526.9 acres were approved in past years. The Arlington-based Energix company is developing, financing and the owner of the project.

Darla Odom, a project consultant with the Bridgewater-based The Berkely Group, noted at Monday's meeting that town staff has recommended approval of the expansion.

"The facility is a renewable energy source and it promotes environmental responsibility," Odom said. " ... The proposed facility should be located in a manner that minimizes the impact of the use on the surrounding properties and the town."

Ros Poplar, of Quicksburg, said the solar farm goes against the town's comprehensive plan, which states the town "seeks to preserve and enhance its natural beauty and cultural heritage and promote environmental responsibility."

"I ask you how can the expansion of a solar farm, let alone your prior approval for the existing one, which many of your constituents regret, how can it support this vision contained here in your own comprehensive plan?" Poplar said. "It does not. And quite frankly, I'm amazed that the authorization for phase 1 was even approved when it runs counter to your own comprehensive plan.

"Quite frankly I don't see how you as members of the planning commission, and as good neighbors, can in good conscious approve this expansion. If you vote to approve — your actions they are irreversible. And this will not only forever be a stain on Mount Jackson but on your own personal legacy as well."

Darrin Saylor showed images illustrating erosion issues in his fiance's yard, which is close to the solar farm.

"I'm just asking for some justice on it," Saylor said. "Get them out of here. We don't need them. ... Remember your citizens — most of us don't like it."

Jeanne Trabulsi, of Front Royal, said she is with the Virginia Coalition for Human Rights.

Trabulsi said that the solar panels being used, which come from First Solar, are made from Cadmium Telluride. Trabulsi said that can get into soil as well as water and can "contaminate the blessings of the earth."

"Its a hodge-podge of companies coming into the valley to make money," Poplar said. "As the gentleman behind me (Saylor) indicated — leave. ... You come in, you desecrate the landscape, you take your money and you leave."

Salyor said "we love everything about this town" and asked "who's going to get all the riches out of it?"

"Not the town people. Look at (what it did to my fiance's yard) — destroyed it," he said. "Are you guys going to let that happen? I just don't know what to say. I get very passionate about this."

Once the public hearing was closed, the planning commission's regular meeting began with the solar farm expansion as the lone agenda item.

After more discussion, the commission unanimously deferred the topic until next month's meeting as they seek more answers.

Commission Chairman Larry Ambrose said he had a state-certified erosion specialist examine the phase 1 site and was told there are erosion problems inside the facility. Ambrose said he wants that, possible drainage issues, and more to be considered.

The Town Council scheduled a Dec. 14 public hearing regarding a siting agreement, but Town Manager Neil Showalter said he isn't sure if that will be held since the planning commission deferred its decision on the expansion.