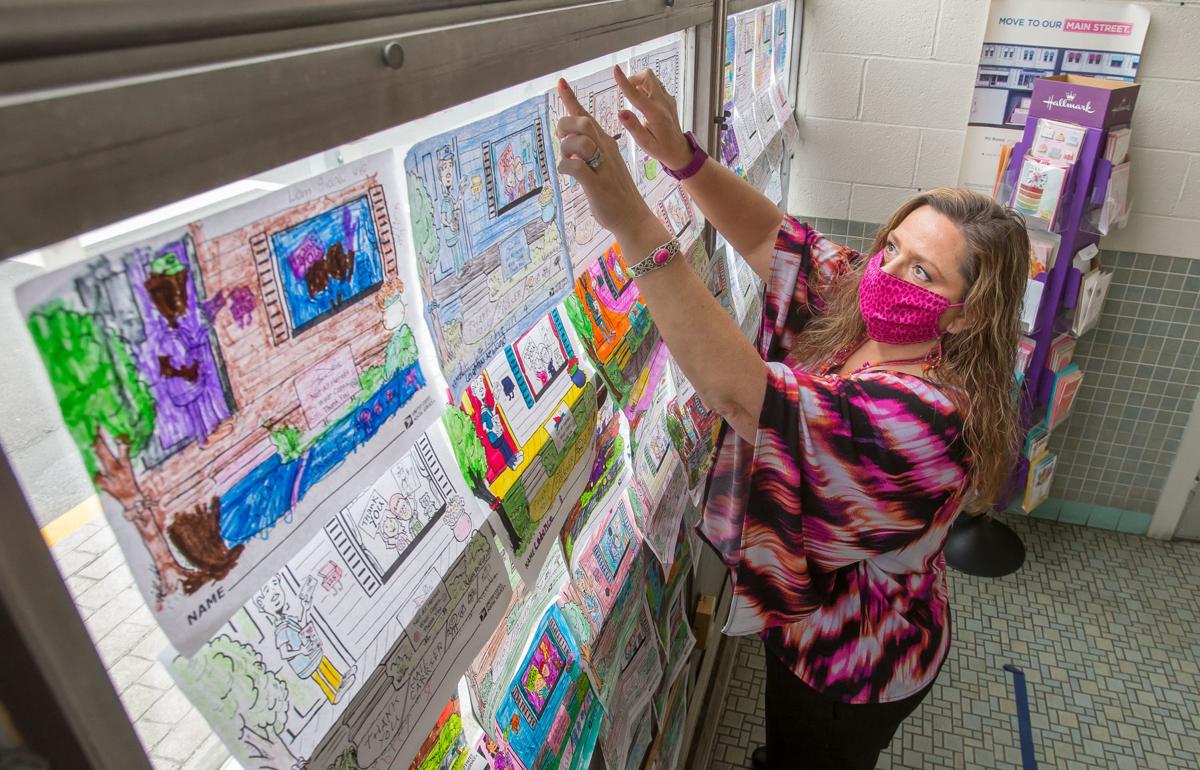 Becky Keplinger, postmaster for the Edinburg Post Office, secures one of the entries of artwork that were colored by youngsters and “children at heart” throughout Edinburg’s ZIP code area. 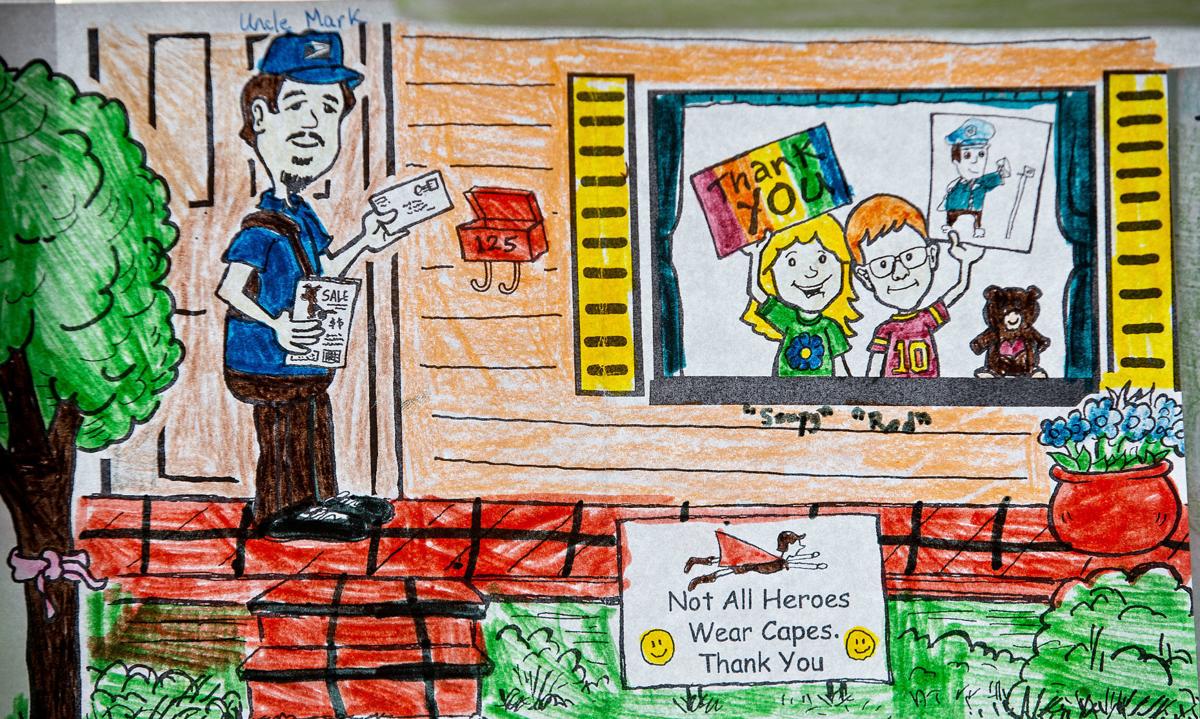 One of the colored entries depicts postman Mark Irvin. 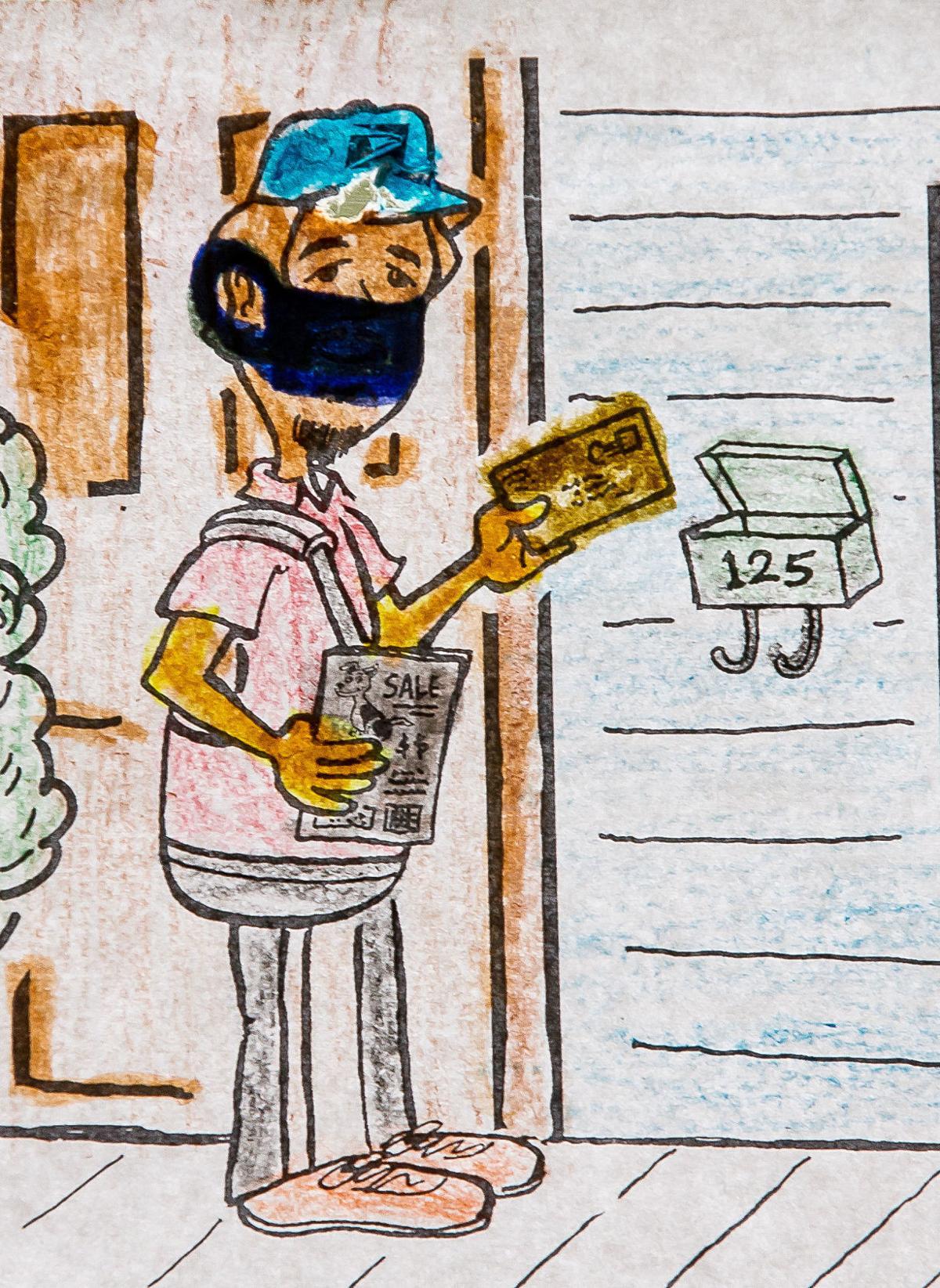 One young artist added a mask to the postman in the coloring contest.

Becky Keplinger, postmaster for the Edinburg Post Office, secures one of the entries of artwork that were colored by youngsters and “children at heart” throughout Edinburg’s ZIP code area.

One of the colored entries depicts postman Mark Irvin.

One young artist added a mask to the postman in the coloring contest.

A coloring contest at the Edinburg Post Office brought in more than 70 entries before it ended on Friday.

“The carriers, they’re excited about it,” said Postmaster Becky Keplinger. “I’ve just been amazed with the outpouring of the community’s support.”

The idea for the contest came from a coloring sheet that the U.S. Postal Service distributed nationally, Keplinger said.

Initially, Edinburg postal carriers brought home the sheets for their families but then started distributing them to the greater community.

“This is I think the first coloring contest we’ve done,” Keplinger said.

As community members have sent back their filled-in sheets, the post office has been hanging them up in the lobby for visitors to see.

The picture shows a postman delivering mail to a house with two smiling, waving children in the window and a “thank-you” sign on the front lawn that says “Not All Heroes Wear Capes.”

Keplinger said it’s been fun seeing the creativity of community members in the variety of colors and additional designs in their pictures.

One young artist drew a mask on their mail carrier.

Two other children whose uncles are mail carriers labeled theirs with identifying features, one drawing long hair and a beard on her mail carrier who was wearing Adidas sneakers.

Winners from four age categories were announced on Monday:

Postal carriers will be donating prizes for the winners, Keplinger said, and every participant will receive a prize of a Slurpee donated from 7-Eleven.

Prizes should be mailed out by the end of the week, she said.

The post office has been operating as usual and has taken protective measures to ensure safety, such as outfitting employees with personal protective equipment. A plexiglass divider at the counter might become permanent since she said it looks good and people seem to like it.

The coloring contest, too, has “helped boost their morale in here,” Keplinger said.

Besides offering people at home something fun to do during the COVID-19 epidemic, she said it’s been a way for the post office to thank its employees.

“We do recognize you guys and we thank you guys for all you do,” Keplinger said of the message. “Sometimes people forget about the mail carriers.”