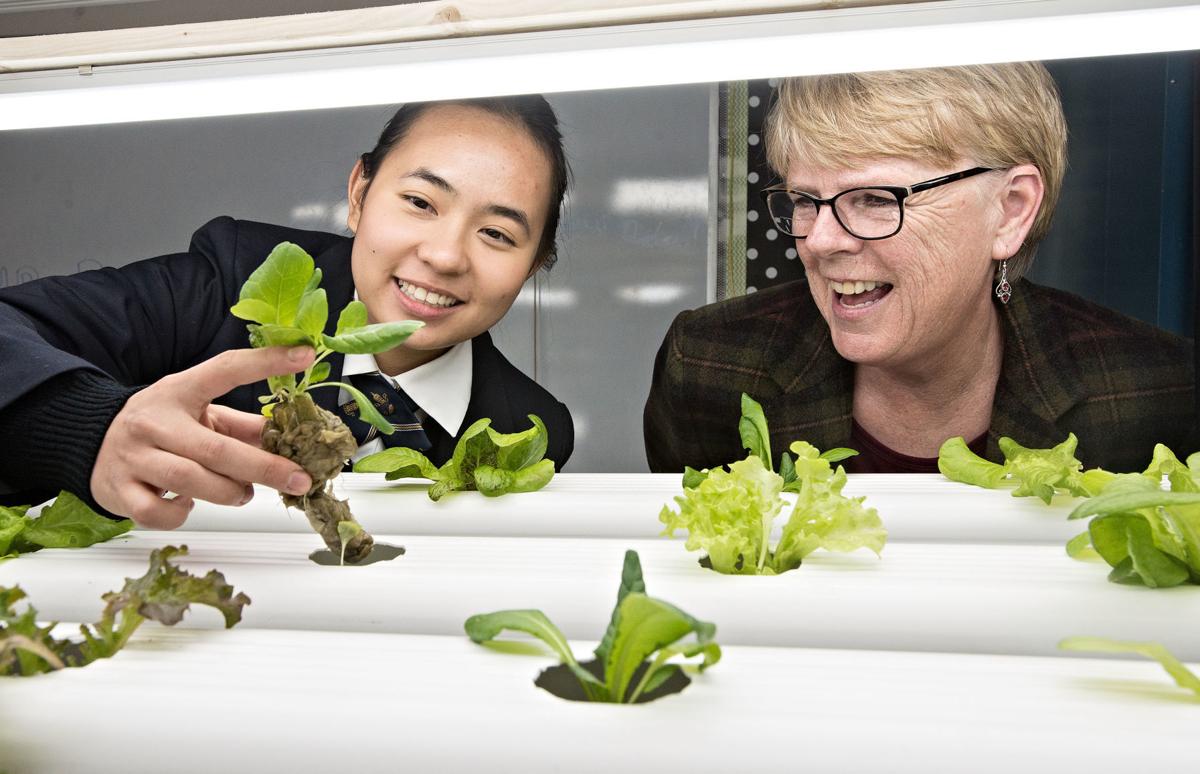 Randolph Macon Academy senior Anna Mai, 18, left, and her science teacher Lynette Lane, right, look over the roots of lettuce they have planted inside rows of PVC downspouts inside their hydroponics lab. 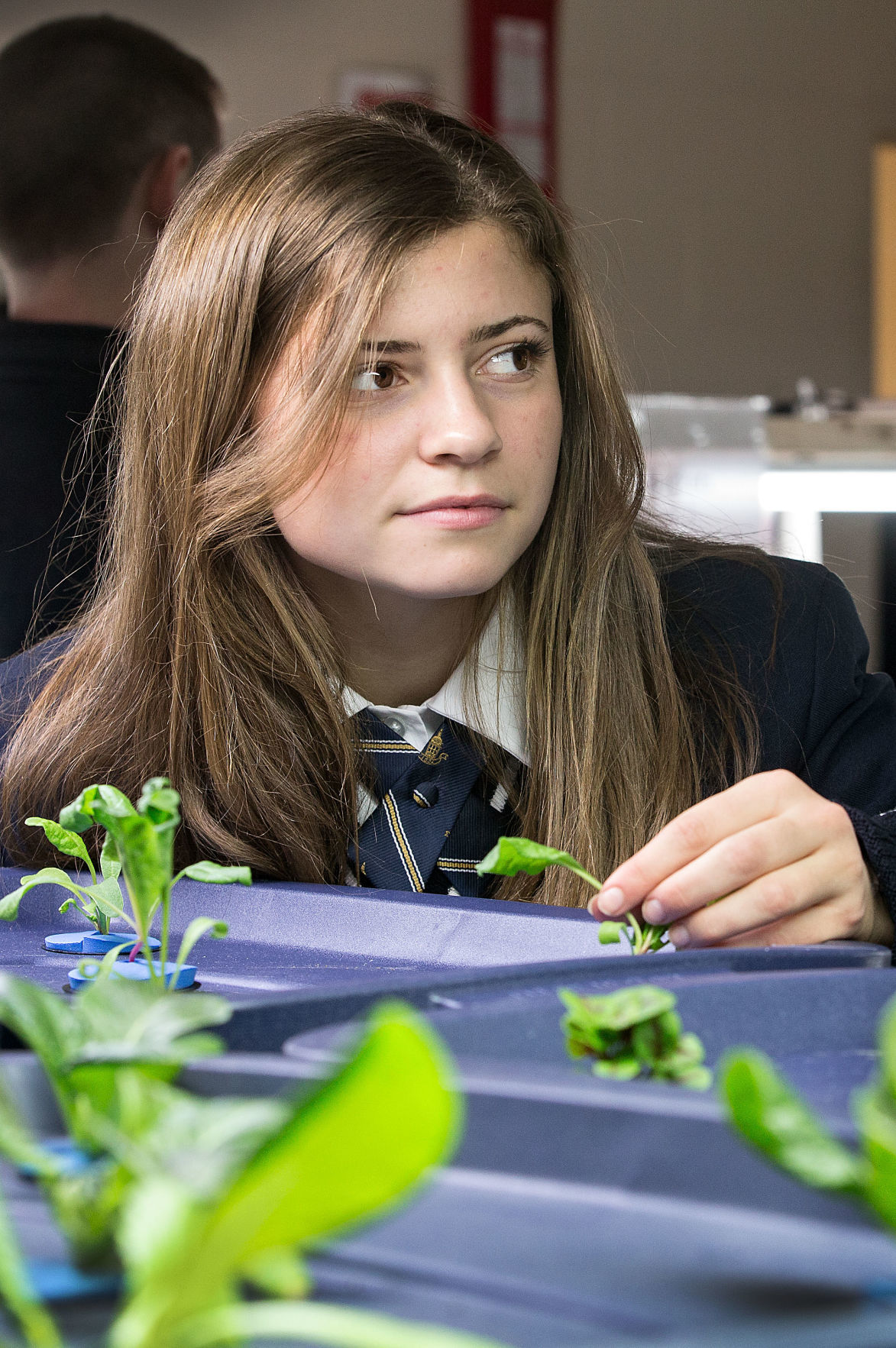 Randolph Macon Academy senior Anna Mai, 18, left, and her science teacher Lynette Lane, right, look over the roots of lettuce they have planted inside rows of PVC downspouts inside their hydroponics lab.

FRONT ROYAL – Students at Randolph-Macon Academy have built a hydroponics lab for the school’s use.

The lab was constructed during the “Hydroponics and the Food We Eat” January Term Class in a classroom at the academy. Lynette Lane, a science teacher at Randolph-Macon, said she came up with the idea for the lab a year ago after setting up a similar one in her home.

“We thought it was important to teach kids about food,” Lane said.

Hydroponics is the growing of plants without any soil. Instead, plants are grown in a solution of water and nutrients.

According to GreenOurPlanet.org, the benefits of hydroponics include many crops can be produced twice as fast, production increases three to 10 times, and no pesticides are used since the lab is inside.

Lane said 12 students taking the course. The lab, she said, took three weeks to construct. They used materials such as gutters, tubes, and lights bought on Amazon or at Lowes.

“It took six hours a week [to build this],” Lane said. “[The students] were rock stars. They jumped in and did everything.”

The lab is composed of five different systems. One of the systems that is used the most is the Nutrient Film Technique (NFT), which allows water to be pumped from a tank and the water flows down a series of pipes. The water is recycled through the system and it allows lettuce roots to grab the nutrients they need.

“The difference in the flavor is amazing,” Lane said. “[The lettuce] is super tender.”

Wagner said that seeds are put in “net cups” and are kept in place by Rockwool in the same way soil keeps seeds in place in the ground.

“As their roots grow, they go down further into the tub,” she said. “It’s one of the simplest techniques we have.”

Wagner said that she was interested in the class because of the “Living with the Land” ride at Disney World.

“[The ride] goes by pomegranates, dragonfruit and bananas which you can’t grow in the United States,” she said. “They’re growing these things through hydroponics. They can crank the humidity way up high and now they can grow these things.”

Leeza Norton, a senior, said she was interested in the course because of Lane’s environmental science class.

“She talked a lot about hydroponics and healthy eating,” Norton said. “I want to go into something similar, so we talked about [the lab] and got excited about it.”

Lane said that the plants will be harvested from the lab and new seeds will be added to the lab to start the cycle again. She said the school is interested in purchasing the vegetables and fruits that are grown in the lab.

“We’re going to package it all up and people on our campus can order [the product],” Lane said. “It’s exciting.”

Though the course is over, Lane said that the students will continue to run the lab until the end of the school year and then open it up again in the fall. She said that she has received permission from the school to construct two additional NFT systems for the lab.