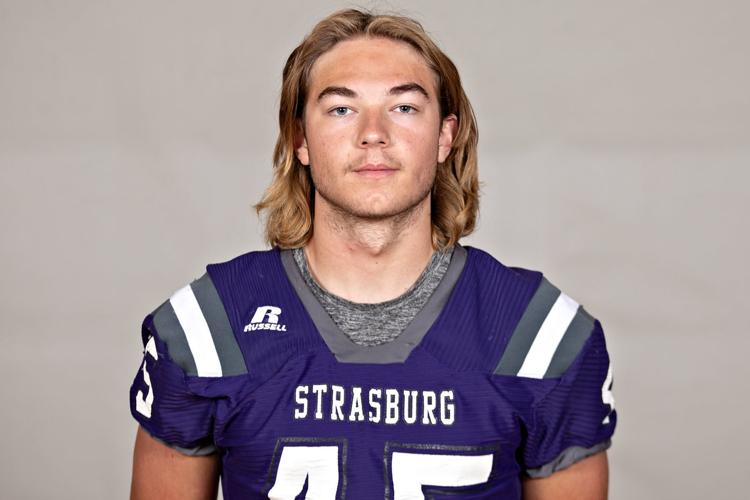 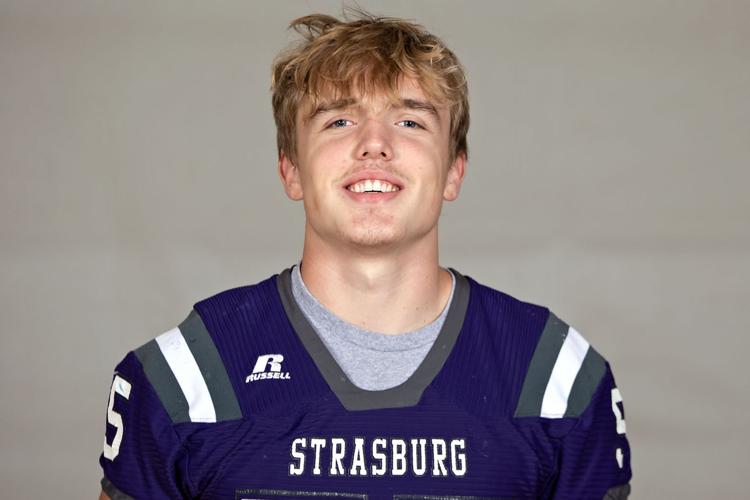 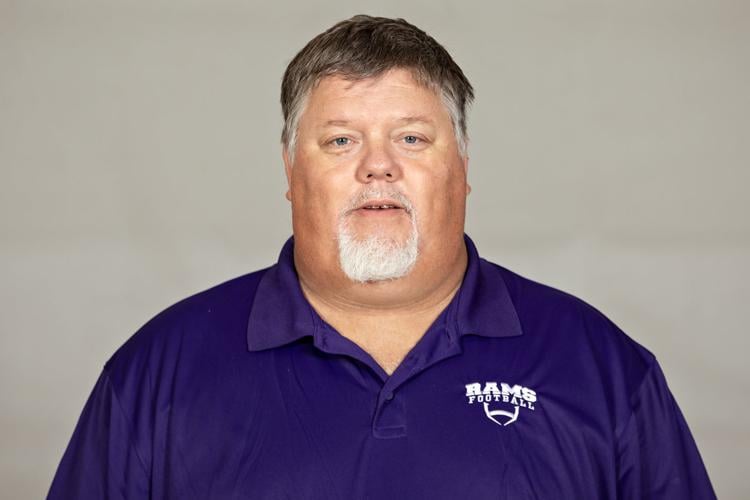 STRASBURG -- Games are won in the trenches. It’s a mantra from football coaches, parents and fans and it rang true in Strasburg’s dominant win over Moorefield. Strong play along the offensive and defensive lines propelled the Rams to a 40-0 victory at home.

“We played very well defensively,” senior Braden Stern said after the game. “A lot of preparation goes into that. Preparation is the biggest thing.”

Stern, who plays both running back and linebacker for the Rams, was quick to give his teammates credit for the win. When asked about the team’s shutout, he praised the defensive line in front of him, the scout team for helping him get ready, and the coaching staff for preparing them in practice and in the film room.

Stern led the Rams with 118 rushing yards on just eight carries, but the balance in the Strasburg offensive attack made it clear that the offensive linemen were the true difference makers against Moorefield.

Sure, Stern broke off two big touchdown runs, a 68-yard scamper in the first quarter to put the Rams up 14-0 and an 18-yard touchdown run to open up the scoring in the second half but he wasn’t the only Rams running back able to find openings.

Sophomore Takhi Coates ran for 95 yards on his eight carries and scored from 23 yards out in the first quarter. Quarterback Ryan Roller, a senior, was also able to break a few big runs. On both of his bootlegs he found the end zone, finishing the game with two carries for 48 yards and two touchdowns. Roller also returned a punt 65 yards for the game’s final touchdown midway through the fourth quarter.

Strasburg coach Mark Roller said the big plays are a part of the Strasburg offense, but the offensive line play was also crucial.

“In our offense, that’s part of it,” Roller said when asked about the chunk plays, “But we had some good blocking up front and we did good fakes. That’s kind of what we tried to do tonight is spread the wealth.”

The box score shows that’s exactly what the Rams were able to do, because while Roller, Coates, and Stern all found the end zone, none of them led the team in carries. That distinction went to junior Braydon Decristofaro, who ran for 46 yards on 11 carries. Carson Anderson also had 50 yards on just three rushing attempts.

“It’s a great thing to have,” Stern explained when asked about the offensive options the Rams have at their disposal. He added that the combined explosiveness of the Strasburg backfield allows every runner to trust their teammates when the defense is keying on a certain player. The big holes opened up by the offensive line certainly don’t hurt either.

Right guard Colby Shaw, who also starts at linebacker for the Rams, said the key to the impressive line play was communication and film study, but instead of talking about the holes he and his teammates were able to open up on the offensive end, Shaw wanted to give credit to the defensive line playing in front of him on the other side of the ball.

“Our defense played as a unit today,” Shaw said. “Our d-line tore up their o-line. Our linebackers filled holes great.”

The Rams defense allowed just 67 rushing yards the entire game. Moorefield’s Alexander Miller led the team with just 20 rushing yards on seven carries. Axton Runions rushed the ball the most often for the Yellow Jackets, but his 10 carries netted only 10 yards. Moorefield’s most successful plays came on end around runs by Diego Taylor, who had 17 yards on just two carries.

Moorefield quarterback Tyson Arnold also managed just 65 passing yards. He was sacked once and threw one interception, which Strasburg defensive back Riley Walker slid to the ground to pick off. The Rams were also able to force a fumble that was recovered by freshman defensive tackle Hutson Conrad.

Overall, there weren’t a lot of negatives for the Rams, as they picked up their third win of the season. However, Strasburg did commit penalties totaling 95 yards, compared to Moorefield’s three penalties for 25 yards. A few of the Rams' penalties were personal fouls after the whistle, when both teams got a little chippy in the second half. Those types of penalties were the ones Mark Roller is most concerned about.

“Some of those things I can live with,” Mark Roller explained, adding a few of the holding penalties were blockers giving good effort. “But the chirping stuff can’t happen.”

Mark Roller added that’s something the Rams will need to clean up to win games against tougher competition. With a road contest against Clarke County coming up next week, Strasburg will need to address it quickly.