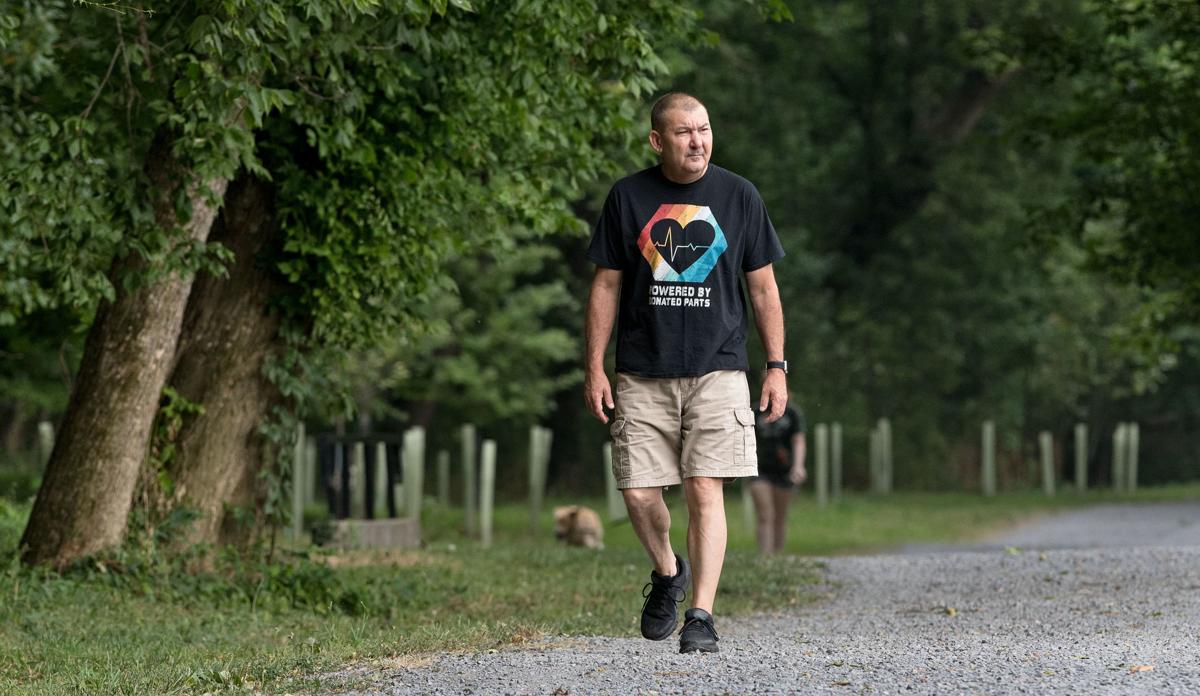 Billy Rice, 53, of Edinburg, underwent a heart transplant in February. His doctors said his new heart is a perfect match. 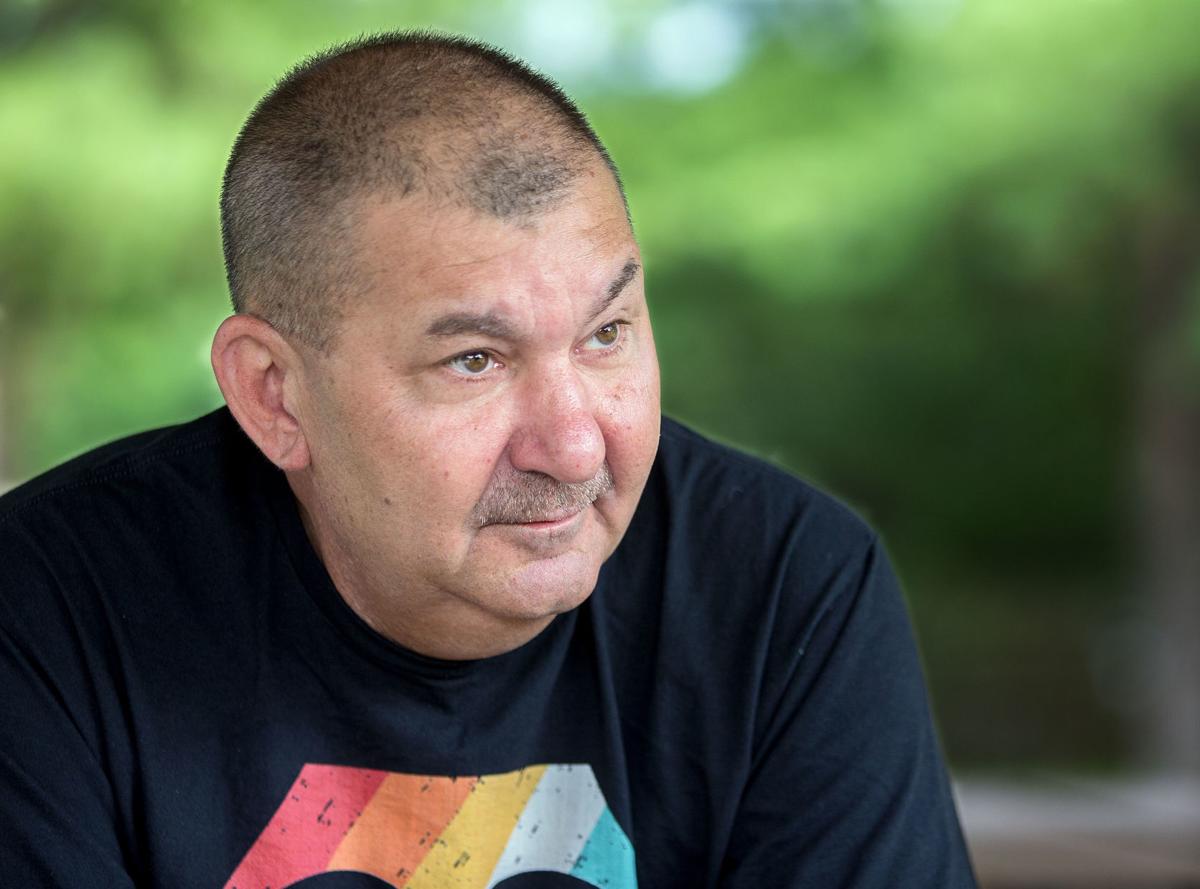 Billy Rice said he's grateful for a new lease on life and plans to take good care of his new heart.

Billy Rice, 53, of Edinburg, underwent a heart transplant in February. His doctors said his new heart is a perfect match.

Billy Rice said he's grateful for a new lease on life and plans to take good care of his new heart.

STRASBURG — Billy Rice, of Edinburg, recently had a successful heart transplant following years of cardiac issues that he said started with a stroke in his early 30s.

Now about six months into another chance at life, the 53-year-old credited his experience in law enforcement with helping inspire in him a will to survive.

“I take it back to my police training,” said Rice, a retired deputy with the Shenandoah County Sheriff’s Office.

“[F]or years, they beat it in our heads, ‘You’re always going to go home.’ You have to have that mindset that no matter what happens, you’re going home that night. And I guess ... that’s kind of what I did every time. I went home. It may have been delayed a little bit, but I always got there.”

Rice has had several scares over the years, including in 2013 when he went into severe cardiac arrest while at work with the Sheriff’s Office, telling the Northern Virginia Daily afterward that his coworkers’ use of CPR saved his life. Now with a new heart and a new lease on life, Rice said he’s reminded every day how grateful and blessed he is.

“It’s the gift of life,” he said. “I’m going to take care of this heart and not be stupid like I was with my own heart.”

Though heart disease runs in his mother’s family, he mostly blames his life choices for the damage done to his heart.

Now, he drinks a lot of water, said he quit smoking in July 2018 and rarely drinks soda anymore.

“I’ve changed my eating,” he said. “Listen[ing] to the doctor was my biggest thing.”

Though suffering a stroke in 1999, a heart attack in 2004 and cardiac arrest that nearly killed him in 2013, he said his lowest point came in 2018 when he was told he would need a new heart.

Describing that moment as akin to being told he had only a few months left to live, he said he was initially angry and in denial.

“I didn’t want to be that guy,” he recalled. “Once I accepted it, we made the best of it.”

On Feb. 20, Rice got the call that he would receive a new heart — a year and a day after he was placed on the transplant list where he expected to be waiting for about seven years.

He spent two weeks recovering at Inova Fairfax and shortly before being discharged learned from his cardiologist, Dr. Christopher May, how everything had aligned to work out for him.

“Bill, you won the freaking lottery,” he recalled May telling him.

“He said everything was a perfect match, bloodwork, everything. … The heart size was exactly the same as yours. He said, ‘It was just like taking yours out and putting it right back in.’ … We matched completely across the board.”

Since being discharged, Rice said all of his biopsies have come back negative and except for his upcoming six-month biopsy is now on a schedule of monthly blood work through a simple non-invasive HeartCare blood-testing panel.

The first year after an organ transplant is the most critical, when he’ll be most likely to see any complications, but so far he said he’s been progressing faster than expected.

“Recovery-wise, in their eyes, I’m almost to that year even though I’m only at six months because I refuse to sit down,” he said.

To help others with heart issues, Rice has assisted the Shenandoah County Department of Fire and Rescue in offering training for first responders with four area companies on how to care for a patient they might encounter with an LVAD — left ventricular assist device. He’s also part of a study through the National Institutes of Health and Inova Fairfax Hospital that’s researching heart disease patients to see how to identify risk factors in potential patients.

Rice works for Moose International as an administrator of Front Royal, which he said is like being a general manager. He’s also the District 5 president, overseeing eight Moose Lodges.

Mostly, he’s looking forward to “my normal life without restrictions and being around to watch my kids face college.”

He praised the team at Inova, calling them “absolutely amazing,” and is grateful to the donor’s family, saying he received “the best gift ever.”

Though he doesn’t know yet whose heart he received, Rice said he hopes to fill out a contact card to the donor’s family soon, once he finds the right words and has whittled down the barrage of 16 to 18 medications he started on in late February. As of now, he said he’s taking about eight medications.

“What do you say, other than ‘thank you’?” he said. “If the family wants to meet me, I want it to be a good experience for them, just like it’s going to be for me.”

He also wants to be an encouragement to others to consider organ donation.

“You don’t know the joy that you’re bringing to that person and that person’s family, and your family member gets to live on. It’s life-changing on both sides,” he said.

“There’s people out here that walk amongst us every day that’s benefited from it, and you just don’t know who they are,” he said. “You’d be surprised the amount of people and how it touches the recipient’s heart.”