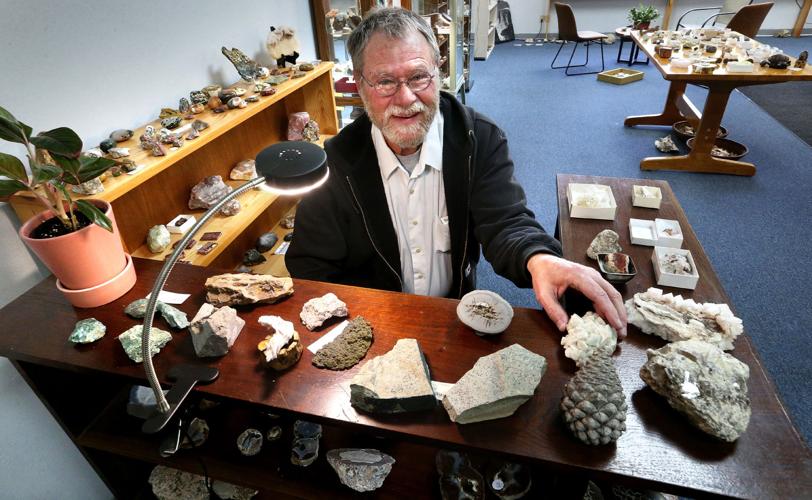 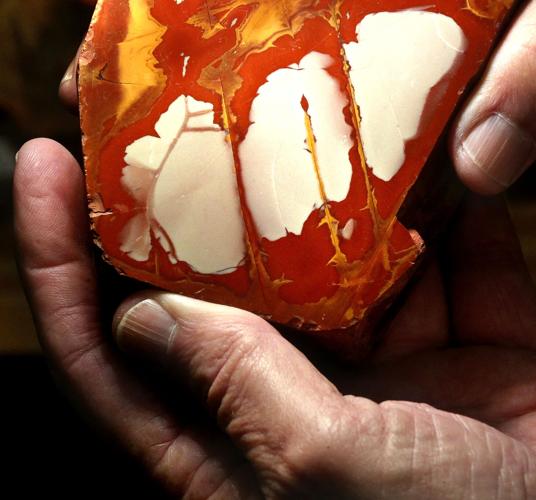 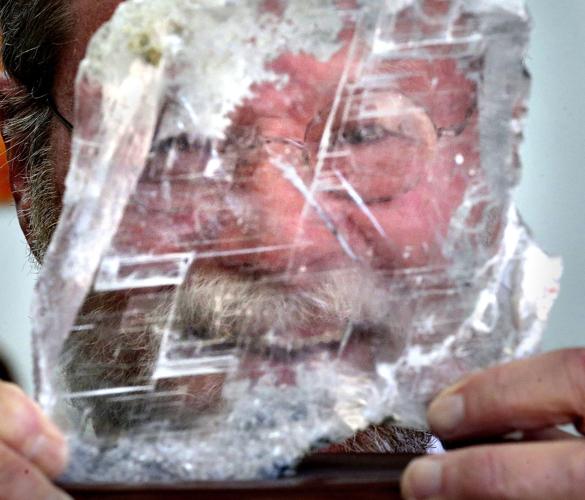 Blue Ridge Rock Shop owner Ralph Combs, of Woodstock, looks through a large piece of Selenite in his store on Green Street in Stephens City.

Blue Ridge Rock Shop owner Ralph Combs, of Woodstock, looks through a large piece of Selenite in his store on Green Street in Stephens City.

STEPHENS CITY — Ralph Combs has always been looking for rocks.

An interest in rocks at an early age blossomed into an adult hobby that took off about 25 years ago. That hobby led the 67-year-old Combs to recently open Blue Ridge Rock Shop at 835 Green St.

The shop is filled with geological specimens that Combs, a Woodstock resident, has found — either in nature, at rock conventions or from other rock shops.

Combs got the idea to open a shop after helping his son move to Colorado.

“There was a rock shop on every corner out there,” said Combs, who is retired. “I’d never seen that back east. We have a few shops here, but nothing like it was out there.”

Combs and his wife rented the Stephens City space in March of 2020 but decided against opening at the onset of the COVID-19 pandemic. They spent that time designing spaces for the shop’s rocks.

Many rock shops focus on discovering the power of rocks, but Combs said he’s more interested in the geology side of the business.

“They’re different. I love the fact that Mother Nature can create these things,” he said. “Man chisels away at them and cuts them to make them look their best ... I like specimens that are polished on one side, but on the other side it’s what it really is.”

After taking an interest in rocks as a child — looking for them on playgrounds, building sites and in fields and farms throughout the Shenandoah Valley — Combs said he got back into rocks after exploring limestone caves in Bath County.

Combs said he reached a point in life about 20 years ago when his main hobby became collecting and learning about rocks. He attains rock-related knowledge from research, attending conventions and conversations in other rock shops he’s visited along the way.

The shop isn’t about making money, Combs said. Though rocks are certainly for sale at the shop, Combs said it’s more about continuing a hobby and sharing it with others.

“We’re not really too worried about what we make. We’re going to be around the rocks or be around rock people,” he said. “We’re not about making money. It’s about having a place that we can come, even if nobody comes that day.”

Combs said children are most interested in the rocks, and the shop features an area where they can play with “freebie” rocks.

“When they come in with their mom or dad or grandparent, they go, ‘Oh, my God, I’ve never seen anything like this,’” Combs said with a smile. “So many people have discovered through their kids that, hey, there’s a jewel here. Kids go out of here with at least a rock or a shell, or a few of them.”

“We’re not about making money. It’s about having a place that we can come, even if nobody comes that day.”]