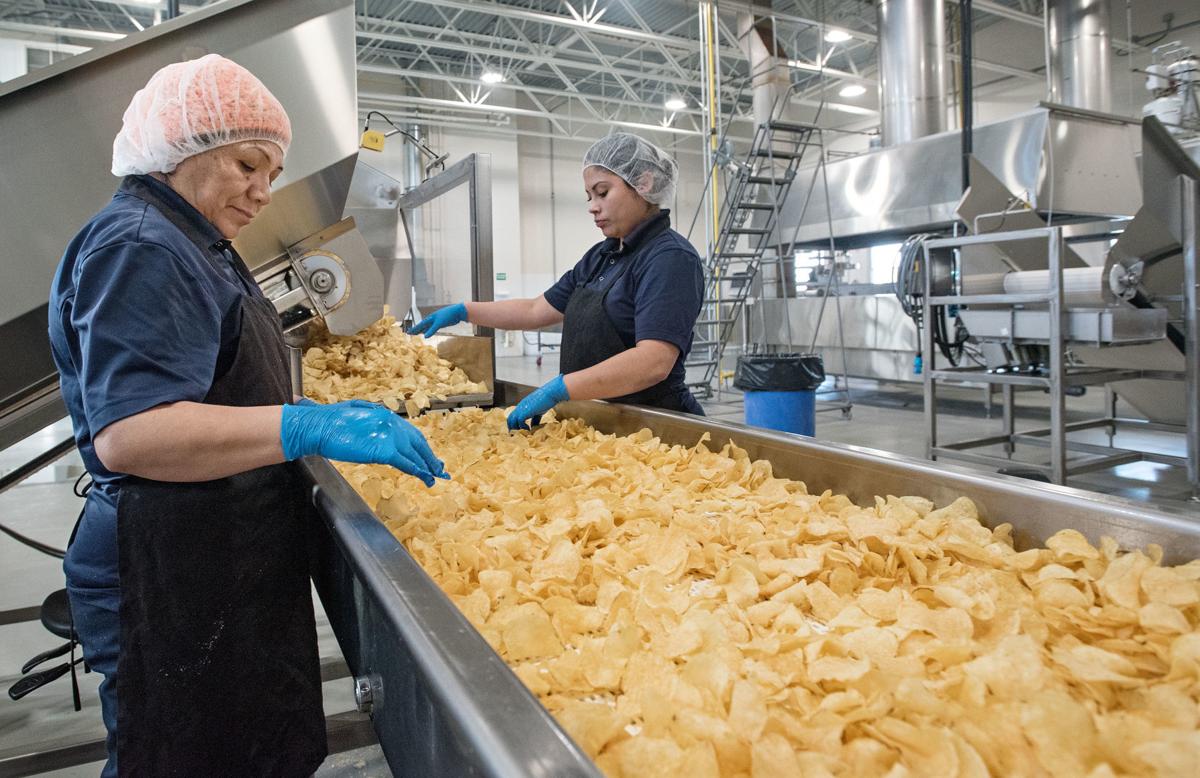 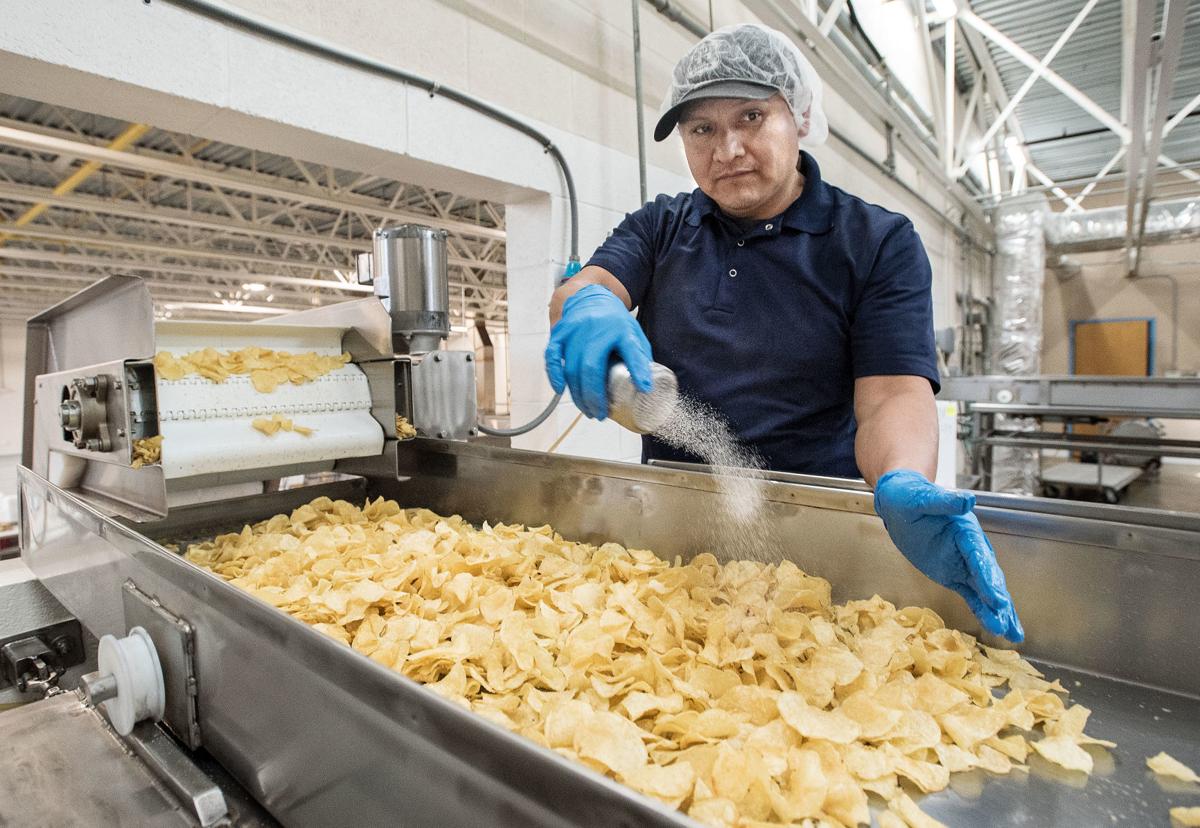 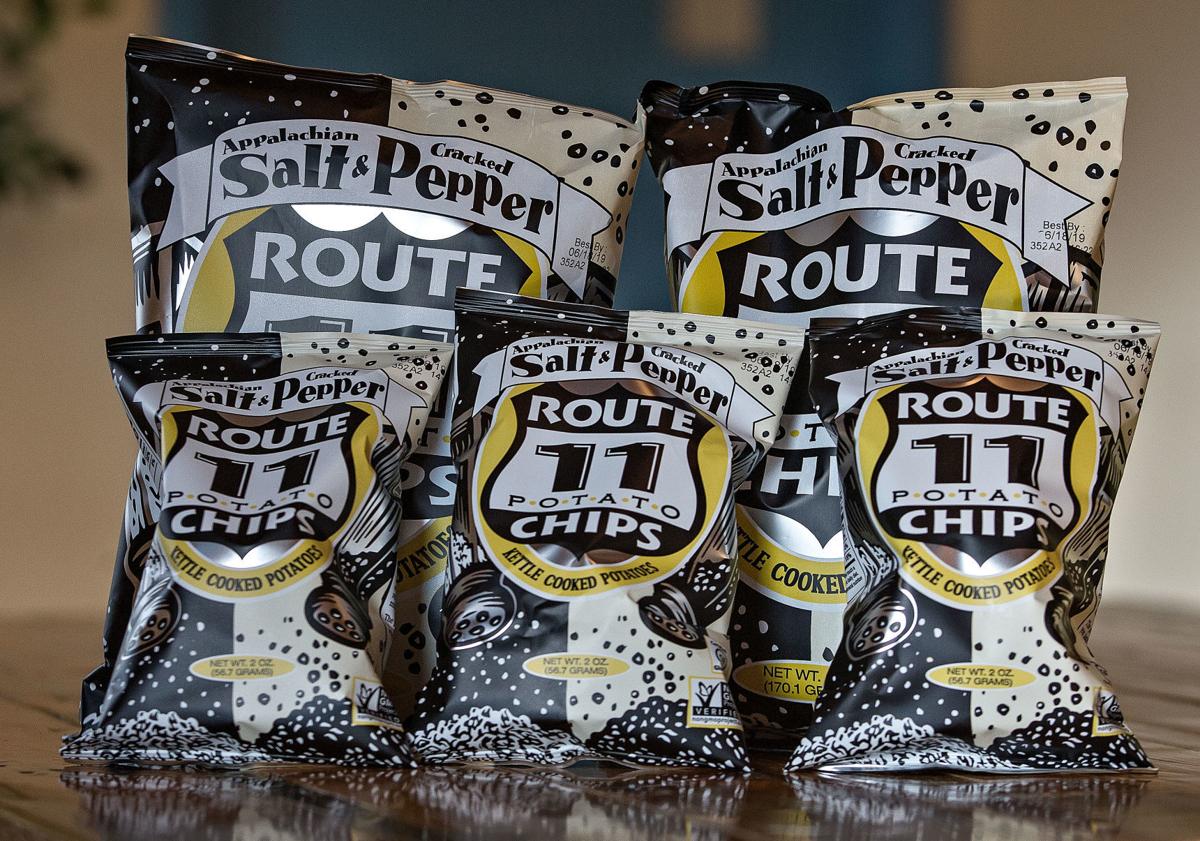 Route 11 Potato Chips President Sara Cohen will unveil the Mount Jackson company’s first new chip in over a decade during a three-day food trade show in San Francisco this weekend.

The company’s newest product, Appalachian Salt and Cracked Pepper, was supposed to be available in July, but weather problems caused delays. This weekend’s show offers an opportunity to start the busy year off strong, she said.

“We’ve been working on this flavor for years, just kind of on and off waiting to have the perfect moment,” Cohen said. “We really wanted to have a chip that was just salt and pepper.”

Most salt and pepper chips, she explained, are stuffed with filler ingredients, often 15 or more. Cohen said she wanted a chip that was simple – nothing more than salt and pepper.

Route 11 has been tinkering with the recipe for years but couldn’t settle on the right salt, Cohen said.

The right salt came from one of the country’s oldest mills, four hours from Route 11’s factory in Mount Jackson.

J.Q. Dickinson Salt Works is headed up by siblings Nancy Bruns and Lewis Payne, seventh generation descendants of the company’s founder. Deep beneath the Appalachain Mountains lies an ancient ocean that provides the finishing salt used in the newest chip.

The 2019 Winter Fancy Food Show in San Francisco attracts thousands of businesses and industry professionals every year. The first of two shows — San Francisco in January and New York in the summer — gives companies like Route 11 a chance to keep pushing their product. Trade shows, Cohen said, are the bread and butter for Route 11.

“It’s not open to the public, but we’re seeing everyone,” she said. “Grocery stores, independent [and] specialty food stores; a lot of our business we’ve cultivated from these shows.”

This year Route 11 turns 27 and it will be an especially busy season for Cohen and her company. After doubling its capacity last year, building out its production line, the pressure is on to keep pushing Route 11 chips beyond Washington and surrounding areas. This weekend’s show is the first of eight in 2019 — the most Cohen has ever committed to attending.

“Before, we weren’t really pushing sales because we were close to capacity on our first line,” Cohen said. “Now that we have this added capacity, now we have the whole new level we have to achieve.”

Cohen said she is feeling the heat to expand sales to fit the new, robust production facility and is excited to start the year running. This year’s San Francisco show, Cohen said, is earlier than usual, but it’s a great way to kick off 2019.

To keep things running smoothly, and keep costs down, Cohen said she has friends who live in San Francisco who she’s trained to be “Route 11 ambassadors.” Cohen and her two friends will run the Route 11 booth for the fast-paced, three-day sprint.

“It’s a very intense three days,” Cohen said. “I try to make sure that I’m 100 percent physically and mentally fit.”

Potato chips, an American staple dominated by larger corporations, can be tough to market away from home, Cohen said. That’s why trade shows are so important.

“There are places in the country that really like Route 11 beyond the valley, and California is one of them,” she said. “That’s another reason we go out there. It’s a sweet spot. People love the chips there.”