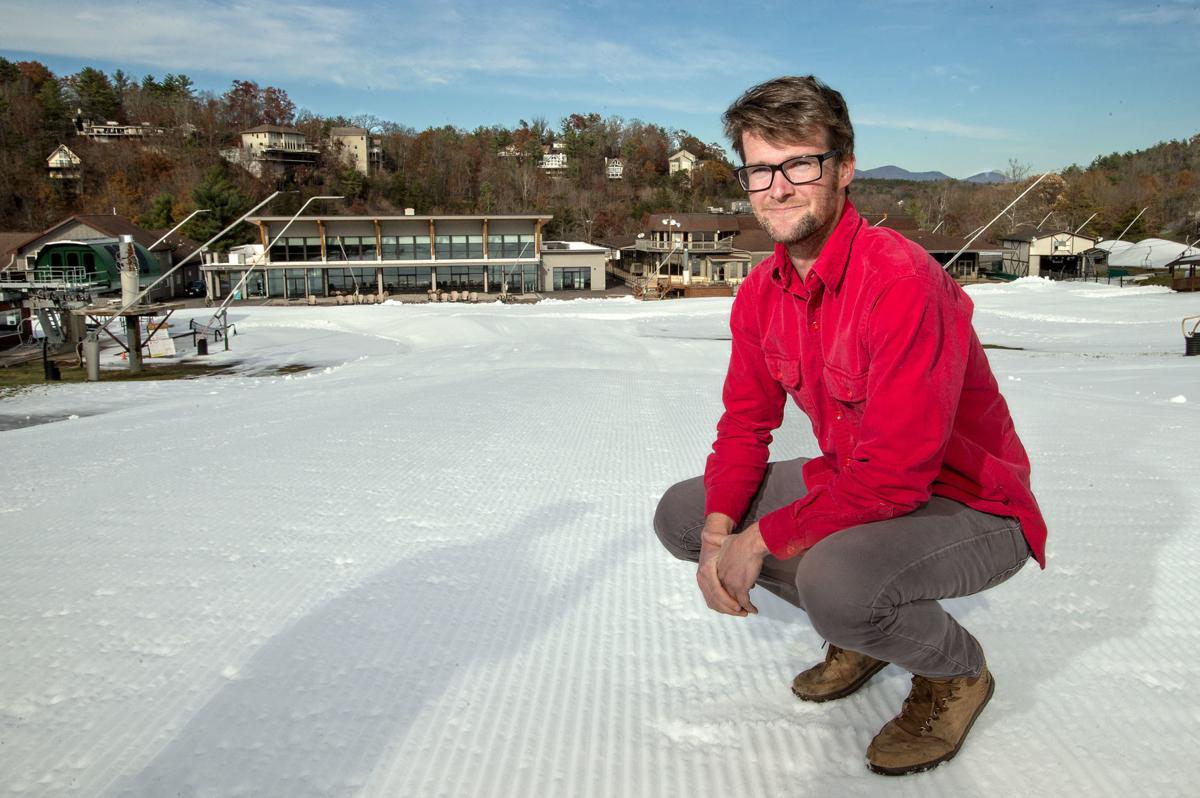 Andrew Devier-Scott, a marketing assistant for Bryce Resort, kneels along the ski slopes Friday afternoon. The Basye resort has been taking advantage of the cold weather and plans to open today. 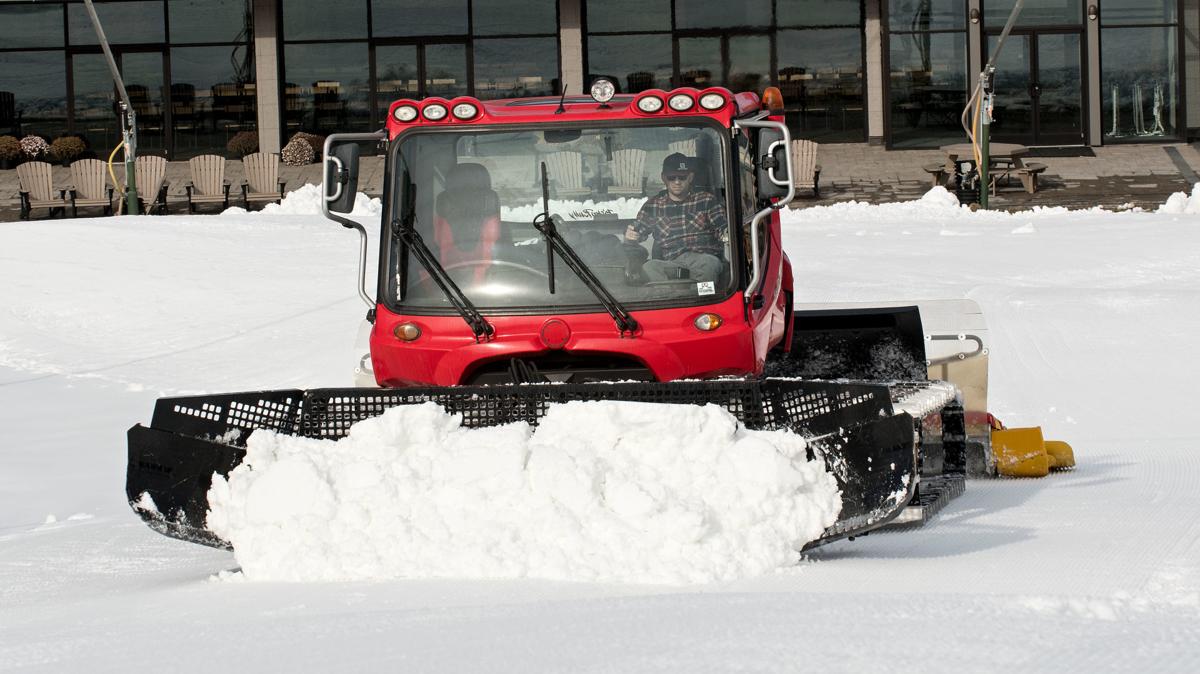 Ryan Locher, general manager of Bryce Resort, uses a snowcat to groom the snow at the ski resort on Friday afternoon.

Andrew Devier-Scott, a marketing assistant for Bryce Resort, kneels along the ski slopes Friday afternoon. The Basye resort has been taking advantage of the cold weather and plans to open today.

Ryan Locher, general manager of Bryce Resort, uses a snowcat to groom the snow at the ski resort on Friday afternoon.

BASYE – Snow machines kicked into life early this season as temperatures dropped and a business opportunity presented itself.

Ryan Locher, the general manager for Bryce Resort, said that since the resort opened up mountain bike trails in 2013, it has helped breathe some life into the otherwise flat summer season. This weekend, Bryce Resort is trying something for the first time, smashing the summer biking and winter skiing worlds together with promotional combo tickets for $25.

The crossover between the two sports is close to non-existent, said Andrew Devier-Scott, marketing associate for the resort. This weekend’s experiment is, in part, a chance to give both skiers and bikers a chance to dip their toe in another sport’s world but it also gives the resort a chance to work some of the kinks out.

“It’s important for us to get all the bugs out early,” Locher said.

Some of those bugs come from the fickle nature of nature and the massive snow-creation operation Bryce Resort runs.

Locher said the resort doesn’t get much help from natural snow, relying on their snow machines year-round, right up until they close the ski slopes between February and March.

This year, dropping temperatures and cooperative humidity levels have cleared the way to start making snow and open earlier than they have since 2008, when they opened on Nov. 18.

A battery of factors goes into the business of pulling the water out of Lake Laura, running diesel engines overnight and covering a run roughly a half-mile in fresh powder.

The year 2016 sticks out as a sore point in Locher’s mind, describing it as “god-awful” when they weren’t open by Christmas.

This week's humidity levels in the 50-55% range and early morning temperatures dropping as low as 10 degrees gave Bryce Resort the perfect storm to lay down 2 1/2-3 feet of snow along the slope.

Devier-Scott said the headstart is good for the resort as they will be the first resort in the state to kick off ski season.

This winter will be a year of firsts for Bryce Resort, besides offering bike and ski runs at the same time until Nov. 24. Devier-Scott said they have laid the groundwork for an ice skating rink to give families one more way to spend their winter get-away.

The opening weekend comes as the resort is still in a transitional period, keeping some bike trails open but closing others so there isn’t any overlap between bikers and skiers on their way down the mountain.

Bryce Resort will open the bike and ski trails at 10 a.m. and close at 4 p.m. today and Sunday.

• All other items are rack rate for bike and ski.