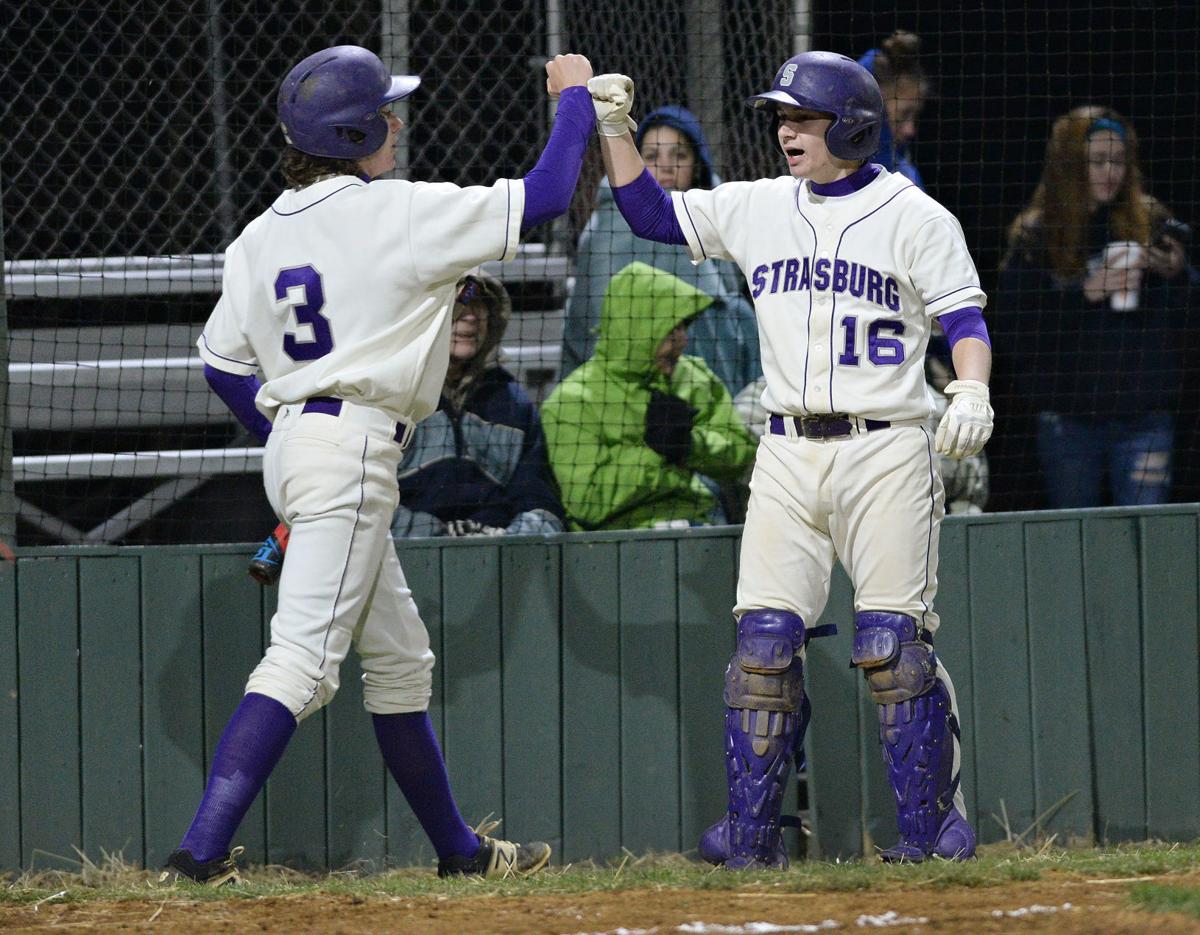 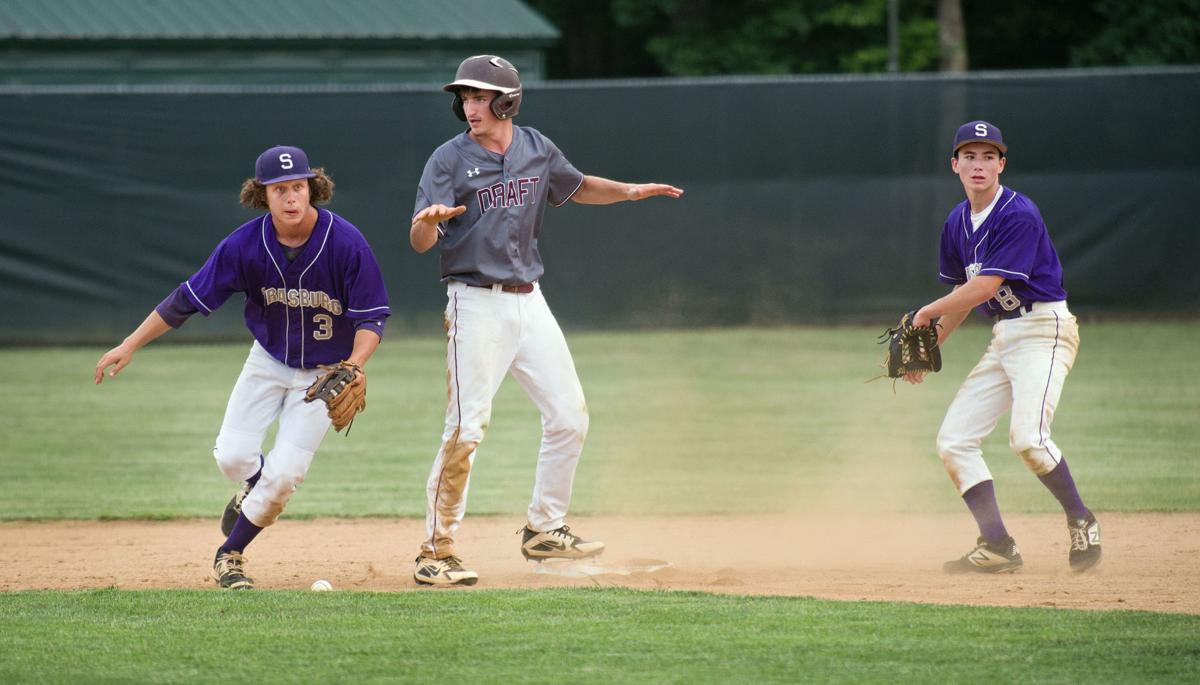 When Joe Bauserman took over as the head coach of Strasburg’s baseball program four years ago, a few of the Rams’ current seniors were starting their high school careers as freshmen at the varsity level. By the end of that 2017 season, Bauserman said recently, three or four of those seniors were seeing regular playing time.

“They’ve been a staple,” Bauserman said of a group that includes Alec Campbell, Corey Keller, Lucas Orndorff, Trevor Sager, Chris Shelton and Peyton Stickles, “and they bought in and they’ve really allowed me to coach.”

And, Bauserman added, they’ve grown into leaders who knew their head coach’s expectations, so well, in fact, that they could run many aspects of Strasburg’s practices. Shelton, for one, agreed that the Rams’ 2020 seniors grew to excel in their roles as mentors for their younger teammates.

For Sager, a three-sport standout for Strasburg, his evolution into his own leadership role required that he first learn how to harness the proper mindset.

“You’ve got to know that in sports … you’re gonna have a bad play, you’re gonna have a bad game, maybe even a bad week, you never know. You just have to know how to come back from that and not only lead yourself but lead others, influence and encourage others when they have bad plays, bad games,” Sager said. “... You have to be able to understand yourself first, and I think that’s what my first couple years were like and then I kind of understood and learned.”

Sager said one of the moments that stands out most to him from his four years on the varsity baseball team happened all the way back at the end of his freshman season in 2017. He recalled being on the mound against Central when the Rams blew a lead in the seventh inning and suffered a season-ending loss in the Conference 35 tournament.

“At the time I was pretty young. I didn’t really know a whole lot but it was just a learning experience,” Sager said. “All those different experiences made me better and made me learn about the game a lot more.”

Likewise, Shelton said he learned responsibility during his time in the program, and Campbell, another three-sport athlete, said he learned discipline and the importance of working hard for what he wants during his career as a high school student-athlete.

“It just made me into the person I am today,” Campbell said. “I thank sports because of that.”

Asked about his favorite baseball memory, Campbell recalled a rain-soaked practice during his sophomore year during which he and his teammates dove into puddles that had pooled up in the infield.

Though Sager’s most vivid baseball memory isn’t necessarily the happiest one – he broke his arm after stumbling over first base late last season and missed the rest of his junior year – he said it was fun to watch an injury-riddled Strasburg squad rally together and go on a playoff run that included a Bull Run District tournament title and a Region 2B quarterfinal win over Buffalo Gap.

Shelton, who along with a few of the other current seniors made key impacts during that run, said that spurt to end the 2019 season was his favorite Strasburg baseball memory.

“We were definitely down. I think we just rallied together,” he said. “We knew that we were down a couple players but we said, ‘We’ve got this, it’ll be fine.’ And we came together as a team and came through.”

Bauserman has his own memories of certain moments or impacts that each of his six seniors made during their careers.

He recalled a sliding play in the hole that Sager, a shortstop and pitcher, made late in his freshman season, a play that Bauserman said was a step toward Sager becoming a more “natural ballplayer.”

Of Shelton, a three-year varsity member who was called up from JV late in his freshman season, Bauserman remembered a few sliding stops and a couple of double plays the second baseman turned during last year’s playoffs and how his bat was coming along this spring before COVID-19 brought the season to a stop.

Bauserman said Keller, the Rams’ starting catcher since his freshman season, was a polished player from the get-go and developed a stronger arm that allowed him to control the running game, and he became a leader while taking on some pitch-calling responsibilities last season.

“The thing I like about Corey Keller is since Day 1 he was always tough behind the plate,” Bauserman said. “That’s been a huge help as a coach because it’s one less thing you have to worry about. He did well.”

Stickles was hampered by a shoulder injury since his junior year and was going to miss this season, but Bauserman praised the senior’s leadership ability.

The head coach spoke similarly of Orndorff, who didn’t see much playing time but was “there every day,” Bauserman said.

“He did everything that we’ve asked of him. He’s the kind of guy that you need to fill all the other spots. Sometimes not everybody gets to play but you need guys like that,” Bauserman said of Orndorff. “He was a leader … and that’s how the whole senior class was. They weren’t the most vocal but they would be leaders and they showed the way, and that’s something Lucas did with everybody else.”

Campbell, Sager and Shelton each said the program’s seniors were close on and off the field.

Those seniors, like many others in the same position, are trying to approach the obstacles COVID-19 has thrown at them with a positive outlook.

“You don’t want to see it happen but you can’t really do anything about it, so you’ve just got to live with it,” Campbell said. “I would really have liked to have had a baseball season this year but sometimes it doesn’t always work out your way.”