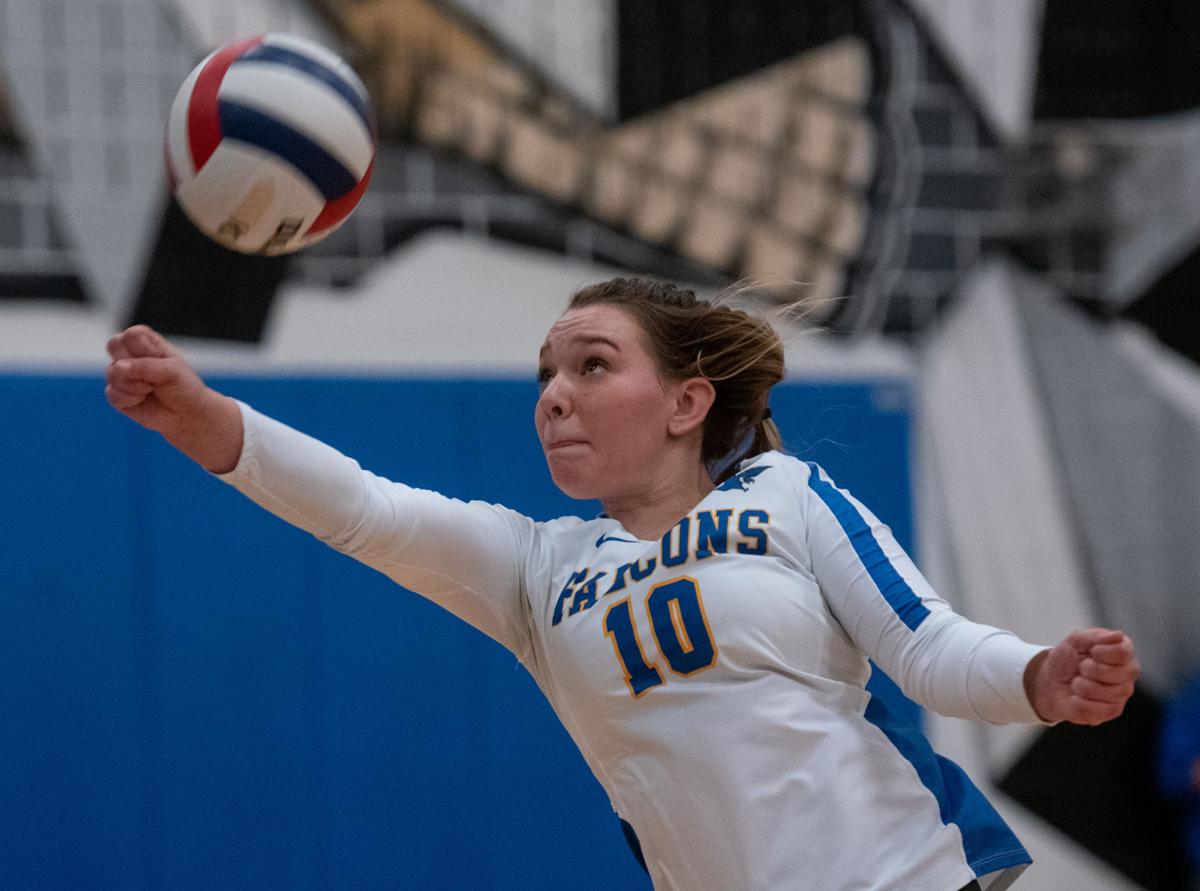 Central's Erika Hutton chases down a shot from East Rockingham. 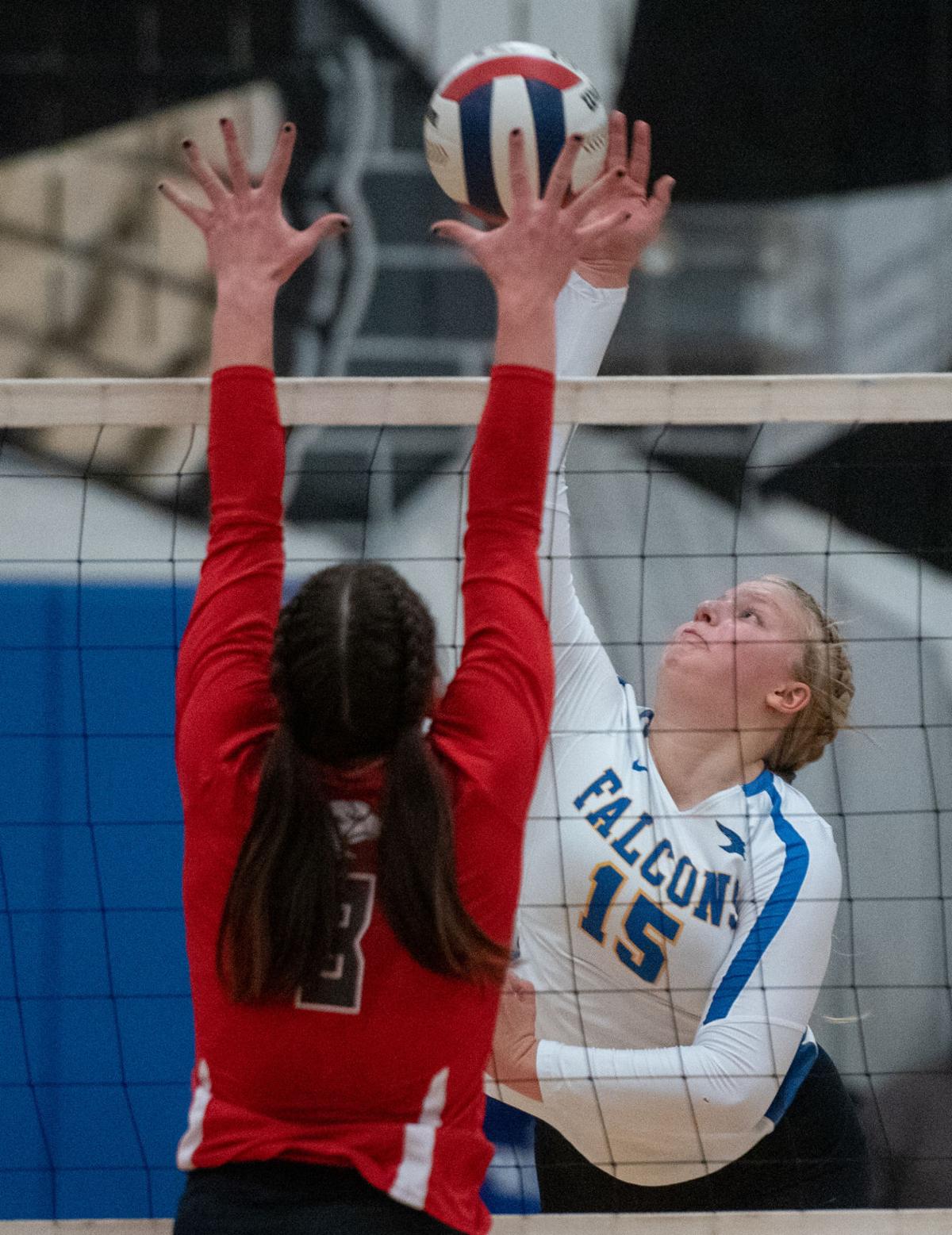 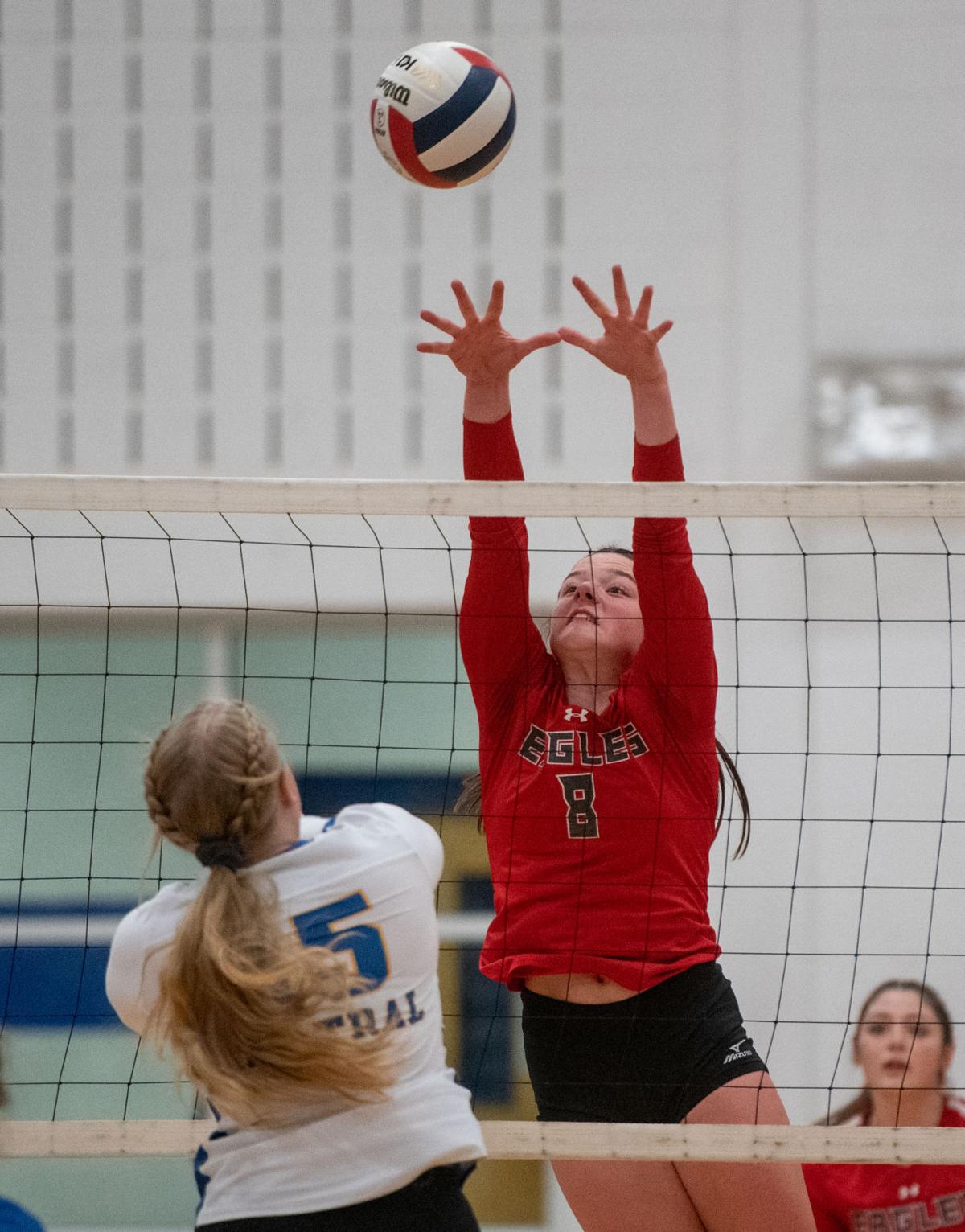 Central's Erika Hutton chases down a shot from East Rockingham.

WOODSTOCK -- With everything on the line, Central's seniors would not be denied and that may have been the difference on Tuesday night.

The Falcons rallied in the fifth set to knock off Bull Run District rival East Rockingham in the Class 2 state semifinals.

"I think our seniors stepped up huge for us tonight in that fifth set," Central coach Ashlie Clar said. "They really showed their maturity and their mental toughness, and really helped out all those younger girls."

Central's six seniors Keeyarra Dodson-Perez, Emily Funkhouser, Erika Hutton, Viliane Luyando Disdier, Bailey Spiggle and Ella Toothman have been playing together for at least the last three years. The group said they were motivated to keep their season going.

"In the fifth set we kind of dropped a little bit (at the start), but we just stepped it up," Funkhouser said. "Personally, I was like it's my senior year. I don't want to go home yet."

Funkhouser had two big kills midway through the final set to help Central cut the lead to 8-7.

Then it was Toothman's turn. With the team trailing 11-9 she stepped to the service line and helped reel off five straight points, including an ace.

"I was a little nervous, but I knew we could pull through," Toothman said. "I believe in us so much. I knew it was going to happen for us. I just didn't know when."

Dodson-Perez had some of the biggest blows for Central as she knocked down three kills in the final stretch. She said she was motivated to keep the season going.

"I think it kind of hit us if we lose we're done," Dodson-Perez said. "So we kind of just really tried to step it up, and I think that perspective really helped us in the end."

After sophomore Bailey Sheetz drilled an ace on the final point the seniors realized their dream of playing in the state finals.

"Just seeing that ace fall -- it was just pure joy," Funkhouser said. "Knowing that I was a senior going to the state finals -- the championship game. It's just amazing."

"It feels so awesome," Hutton said. "This is the goal of every high school athlete, and we made it. And this is what we've worked for all season. And it just feels amazing to be here."

Toothman is the only one of the seniors who has played on the varsity squad for four years. She said it's special seeing the way the team has grown. The last three seasons the team has lost in the first round of either the district or regional tournament.

"This year we just put it all together, and our team is amazing this year," Toothman said. "And I'm so thankful for everything."