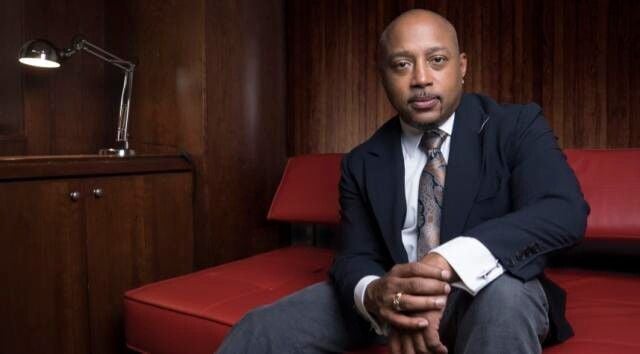 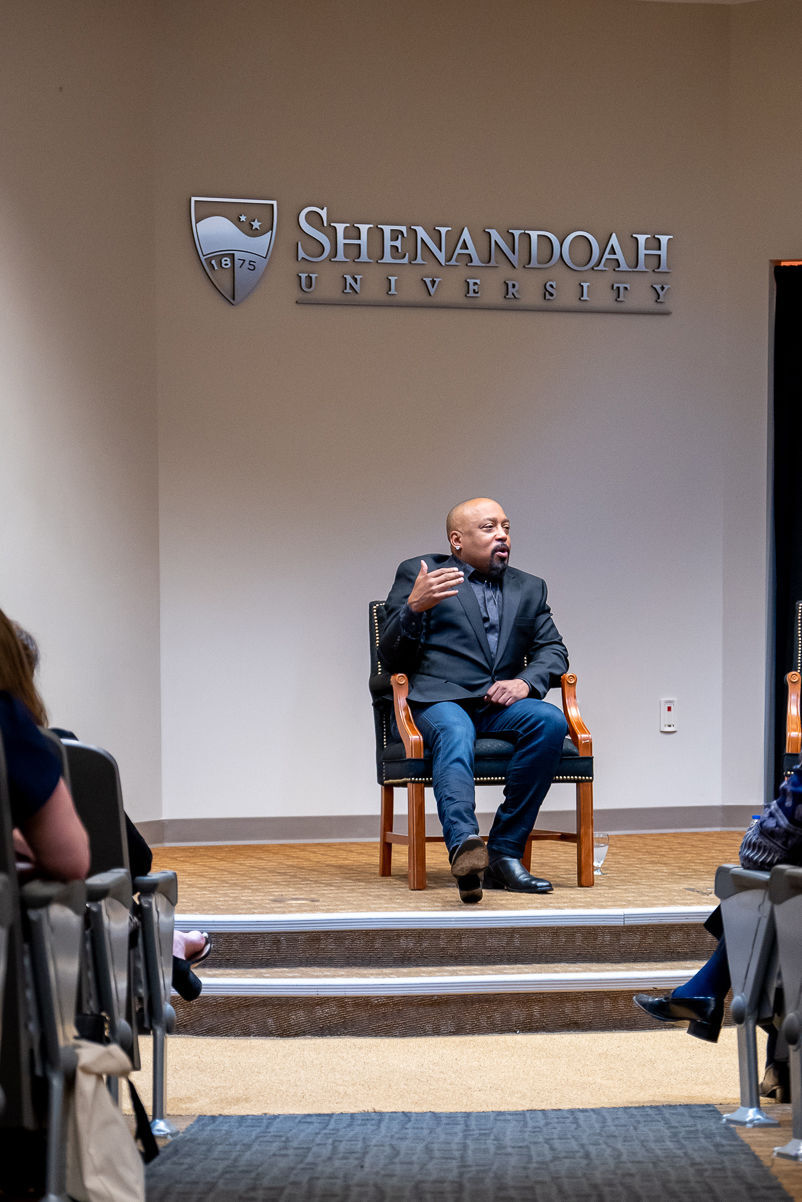 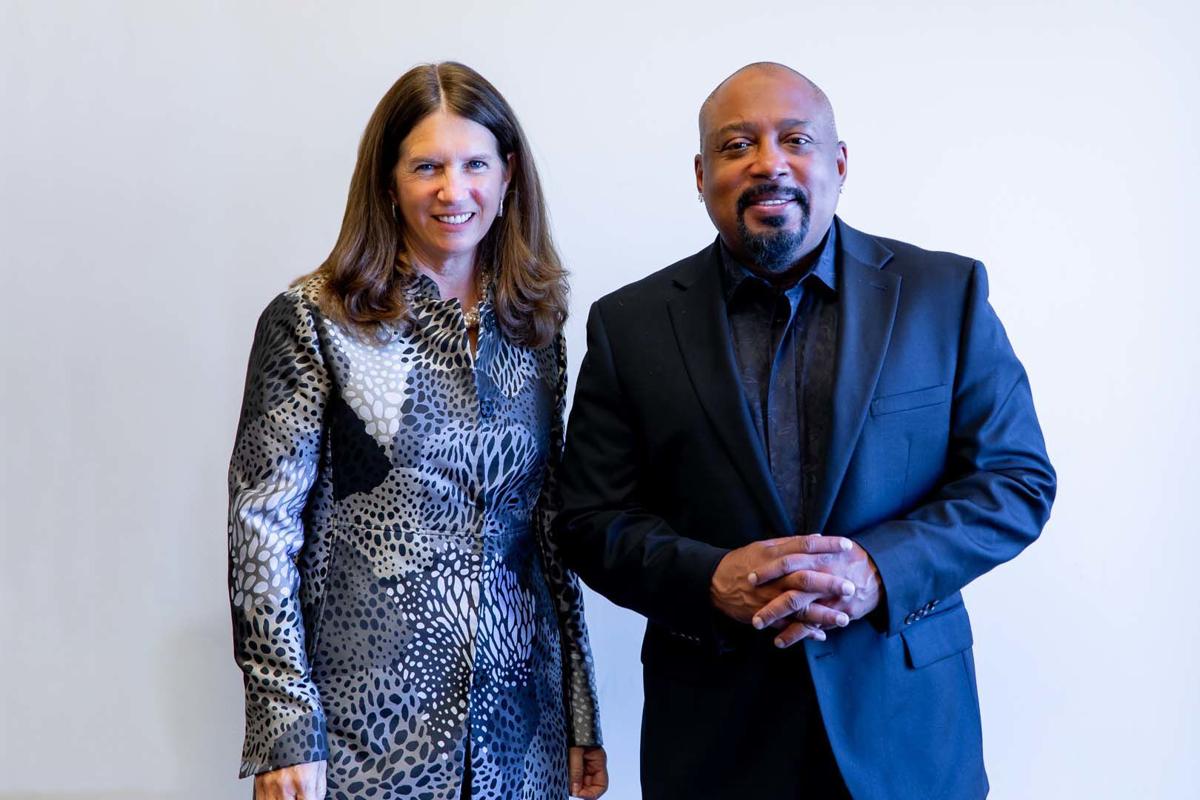 WINCHESTER — Daymond John was 22 years old with only $40 to his name when he launched the fashion brand FUBU in 1989.

John, who has since grown that clothing line into one of the most recognizable brands on the market, is also an author, motivational speaker and one of the faces of "Shark Tank," the popular television show in which potential investors listen to entrepreneurs pitch ideas for a business or product they wish to develop.

John, whose net worth is an estimated $350 million, covered topics such as financial intelligence, the importance of learning from mentors and mistakes, and the importance of setting goals and visualizing them.

Before he answered any questions, though, John shared his background with symposium attendees, going back to his upbringing in Hollis, Queens, in New York City.

John said he became “the man of the house” at 10 years old when his mother and father divorced, and he credited his mother’s work ethic with setting an example for him.

When hip hop started to gain traction, John said the music became a way for people to “walk, talk and even dress.” He said rumors started that the people who were making “hip hop culture” clothes didn't want everyone to be able to wear them.

So he began designing his own brand, which became FUBU — for us, by us.

John said he started out making hats and T-shirts and selling them around New York City. That included valuable hours selling items around midnight outside of the Apollo Theater in Harlem, where he said he would get instant feedback about the products because his customers oftentimes had just spent a night out drinking.

He said he knew that he wanted to grow the idea into a business after he made $800 in an hour standing on a street corner in 1989.

“I remember counting that money and saying that I made these hats with my own hands. It was my understanding of how to share value with the customer,” he said. “I will never work for anyone ever again a day in my life.”

Early in his business venture, he said he closed the company down three times between 1989 and 1992 because he ran out of capital. But he kept at it, and by 1997 he said he’d done $400 million worth of business.

Through those mistakes, John said he learned financial intelligence.

John said that leads to a lot of adults feeling insecure when trying to discuss those things because they’re not well-versed in them.

Along those same lines, when someone makes a large amount of money for the first time, they might not understand all that goes into having that type of money and, in turn, what comes with the purchases that are then made with that money.

Part of that learning, John said, comes through having mentors. For him, his two most influential mentors early on were his mother and a teacher. Through his numerous business ventures, he’s added more mentors along the way who have helped him in different ways.

“Life is a series of mentors,” John said. “A local mentor is more beneficial.”

He used the example of someone who has run a local store for 20 or 30 years, saying they’ve been through the struggles of an entrepreneur and can impart wisdom from their journey.

Partnerships can help make entrepreneurship "a team sport," he noted, saying it can be beneficial to surround yourself with people you trust and like so that you can work toward the same goal.

In the same breath, John said it’s important to know when a partnership needs to end and to end it in a way that allows both sides to grow from the experience.

All of that, though, might mean nothing without having clear goals and a path to achieve those goals.

John said entrepreneurs must first know their “why.” Then, set proper goals and find the education to meet those goals. Along the way, John said it’s important to visualize those goals.

After the session, John fielded audience questions and mingled with attendees, which include photo opportunities.

The symposium also included breakout sessions on topics such as protecting your business in cyberspace, the importance of training and development, artificial intelligence and its future, the principles of project management and creating workplaces that work for all. Amilya Antonetti, CEO at GeniusKey, spoke in the afternoon.