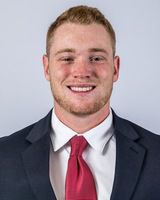 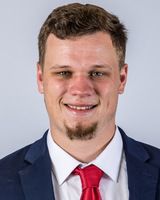 A postseason to remember will continue for the Shenandoah University baseball team.

Hornets senior Ryan Coulon allowed only one run in seven innings in Sunday's winner-take-all championship game to lift Shenandoah to a 4-1 win over host Kean College on Sunday at Hynes Field to claim the Union (New Jersey) Regional. It's the Hornets' first regional title since 2010. Coulon, listed as a first baseman on the Hornets' roster, had only pitched 2.1 innings all year prior to Sunday.

After losing an NCAA regional opening game for the first time in its rich history on Friday (10 regionals in 11 years), the Hornets bounced back to win four games over two days. SU will now play Johns Hopkins University in the NCAA Super Regionals, a best-of-three series that will take place Friday and Saturday at a location to be determined today. The winner of that series advances to the NCAA Division III World Series in Cedar Rapids, Iowa, May 31-June 5.

The third-seeded Hornets (35-13) claimed the championship by beating No. 2 Kean twice on Sunday, this after the Cougars (31-16) beat SU 5-3 on Friday in the opening game for both teams. The Hornets won the first game 6-4 in 10 innings, with freshman third baseman and Sherando graduate Frankie Ritter breaking the tie in the 10th with an RBI double.

In the title game, Coulon allowed six hits and three walks in seven innings and Matt Barnes allowed just one hit in two innings of shutout relief to earn the save. Coulon stranded runners in scoring position in the third, fourth and fifth innings after giving up his lone run in the second inning.

Barnes allowed a one-out double in the ninth but then induced a flyout and groundout to end the game and set off the Hornets' second dogpile celebration in two weekends. The Hornets won the ODAC tournament the previous weekend as the third seed to earn an NCAA Tournament berth.

The Hornets scored three times in the bottom of the sixth inning to break a 1-1 tie, with Keegan Wolford's one-out RBI double scoring Tristan Baker (2 for 4) with the go-ahead run. Also in the sixth, Jamie Naill and Grant Thompson (2 for 3 with a home run and two RBIs) each had RBI singles.

Kean struck first with a run in the top of the second inning on a Brian Cole RBI single that put runners on first and third, but Colin DeForge hit into a double play to end the Cougars' threat.

SU answered with a home run by Thompson to lead off the bottom of the third inning to make it 1-1.

Also for SU in the second game, Luke Nussman went 2 for 3 with a run and Henry Delavergne had a double.

The Hornets forced the winner-take-all championship game with a comeback effort against Kean in the first game on Sunday.

The Cougars took a 1-0 lead in the first inning with the help of a bunt single, a stolen base that put runners on second and third, and an RBI groundout, then tacked on another run in the second on a squeeze bunt.

SU cut its deficit to 2-1 in the third on an RBI single by Robert Marcelle. Down 3-1, Woolford homered to lead off the fourth inning to make it 3-2.

The Hornets then missed out on some chances to take the lead against Kean. SU left the bases loaded in the fourth inning and lined into a double play in the sixth inning when Nussman was thrown out at third base by right fielder Derek Walker trying to tag from second on a fly ball hit by Matt Moon.

Down 4-2, the Hornets tied the game with two runs in the eighth inning. Moon drew the fourth walk of the inning from Kean pitching to make it 4-3, and Delavergne tied it on a fielder's choice groundout.

The Cougars put a runner on second with one out in the ninth, but Hornets second baseman Tristan Baker made a nice grab of a low line drive hit by Walker and doubled off Conner DeForge.

In the 10th, Ritter broke the tie with an RBI double to make it 5-4. His two-out hit scored pinch runner Aaron Torres, who came in for Moon after Moon reached second on a dropped fly by first baseman Nick Polizzano. Marcelle (2 for 5, two RBIs) followed with an RBI single to score Ritter.

After losing to Kean on Friday, SU bounced back on Saturday with a 9-2 win over top-seeded Ithaca to eliminate the Bombers and a 7-1 win over No. 4 Westfield State (Mass.) to end the Owls' season.

Junior Reeves Lowry (4-4) starred against Ithaca (31-9), the team that ended the Hornets' season in last year's NCAA Regionals. He pitched eight innings and allowed two runs (one earned), nine hits, two walks and struck out three. Lowry had struggled in his past two outings, giving up a total of seven earned runs in eight total innings against Hampden-Sydney and Randolph-Macon.

SU led 2-1 against Ithaca before breaking the game open with six runs in the sixth inning, when the Hornets compiled five hits and a walk. The Hornets executed a pair of bases-loaded suicide squeezes to score the first two runs. A Marcelle groundout, a Woolford bases-loaded walk and a Nussman two-run single (his second hit of the inning) made it 8-1.

Marcelle led SU with three hits, including a double while Ritter (double), Baker, Nussman, Thompson (home run, two RBIs) and Naill all had two hits each.

Against Westfield State (28-16), the Hornets received an outstanding performance from freshman Carson Kulina (6-0), who pitched a complete-game six-hitter. Kulina held the Owls hitless for 5.2 innings. Former Hornet Michael Cruz (2017-18) broke up the no-hitter with a single. He struck out eight batters and walked three.

SU led just 1-0 through six innings, but added one run in the seventh, two in the eighth and three in the ninth to open up a 7-0 lead. Westfield State scored in the bottom of the ninth.

Woolford hit a two-run home run in the eighth inning to extend SU's lead to 4-0. The Hornets were also led by Moon (3 for 4 with an RBI and a run) and Marcelle and Baker (two hits each).