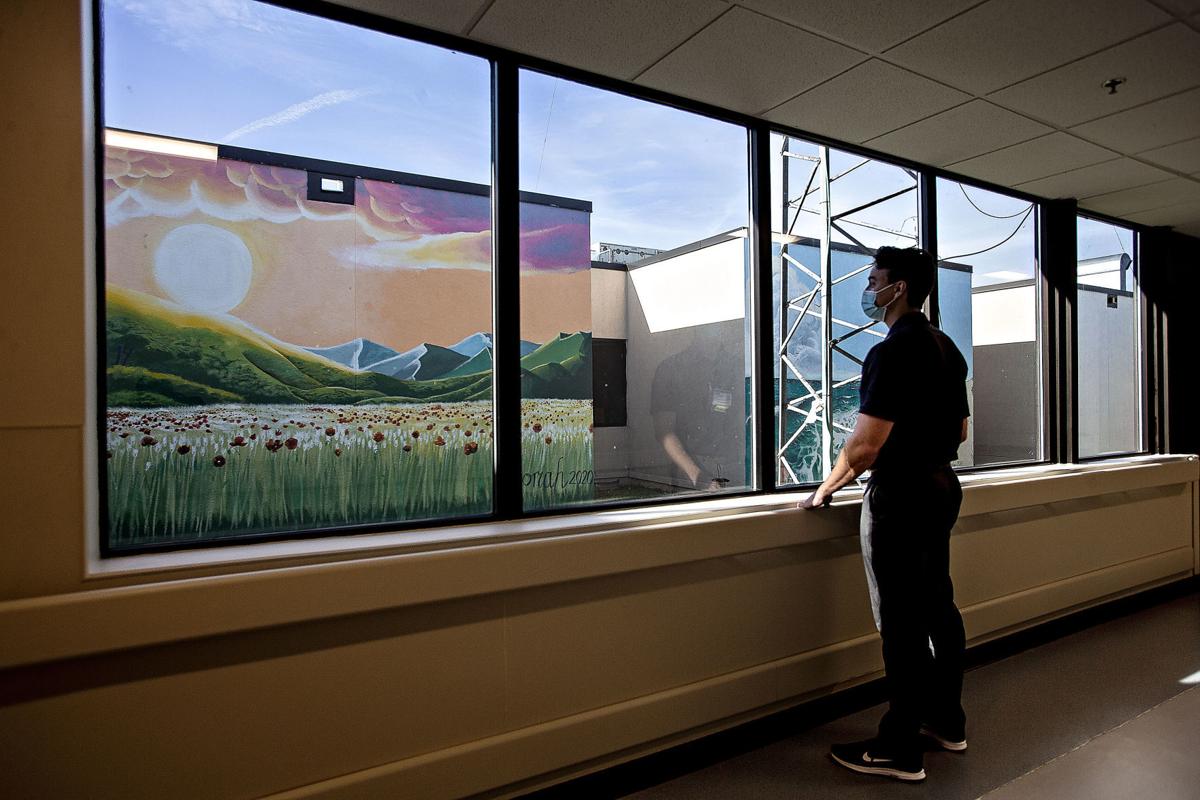 Sean Daughtery, a physical therapist for Valley Health, looks outside this public hallway that had previously been obstructed and is now open as part of the first phase of renovations at Shenandoah Memorial Hospital. Local artist Moriah Asbridge painted a pair of murals outside the new pharmacy that was renovated for $1.5 million. 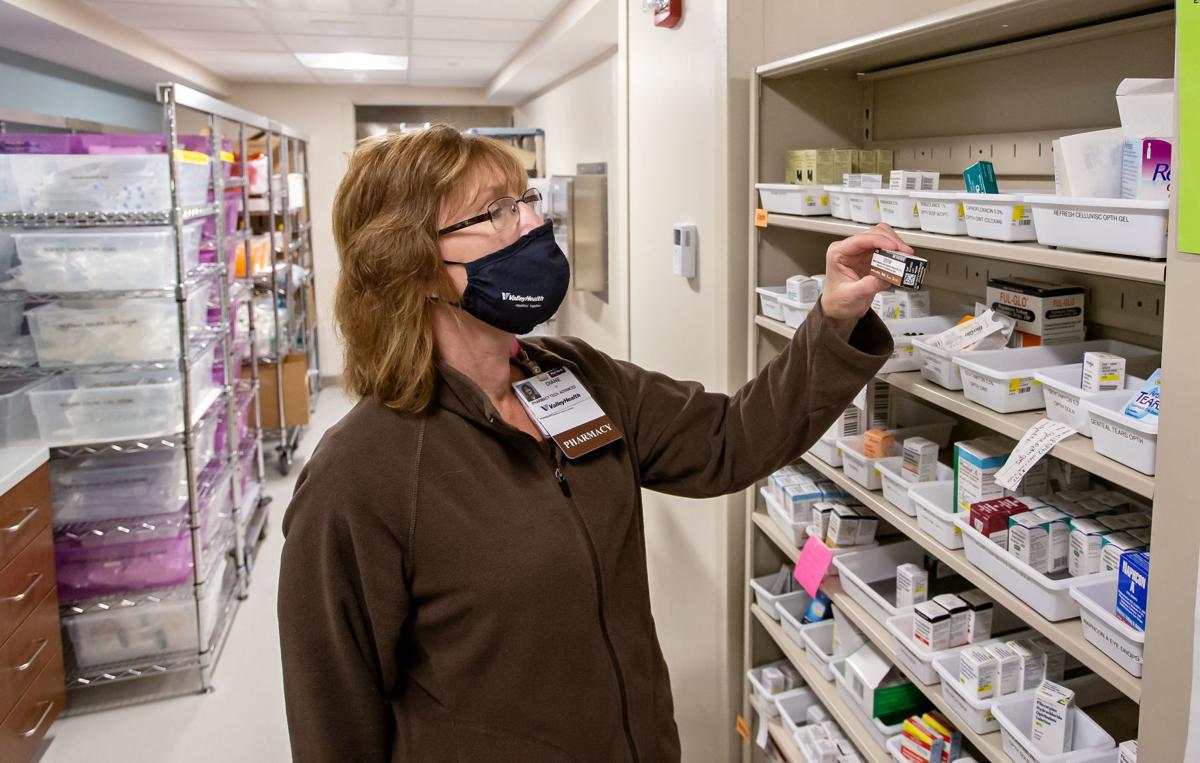 Diane Dorrin, a certified advanced pharmacy tech, looks over a rack of medicines inside the new pharmacy. 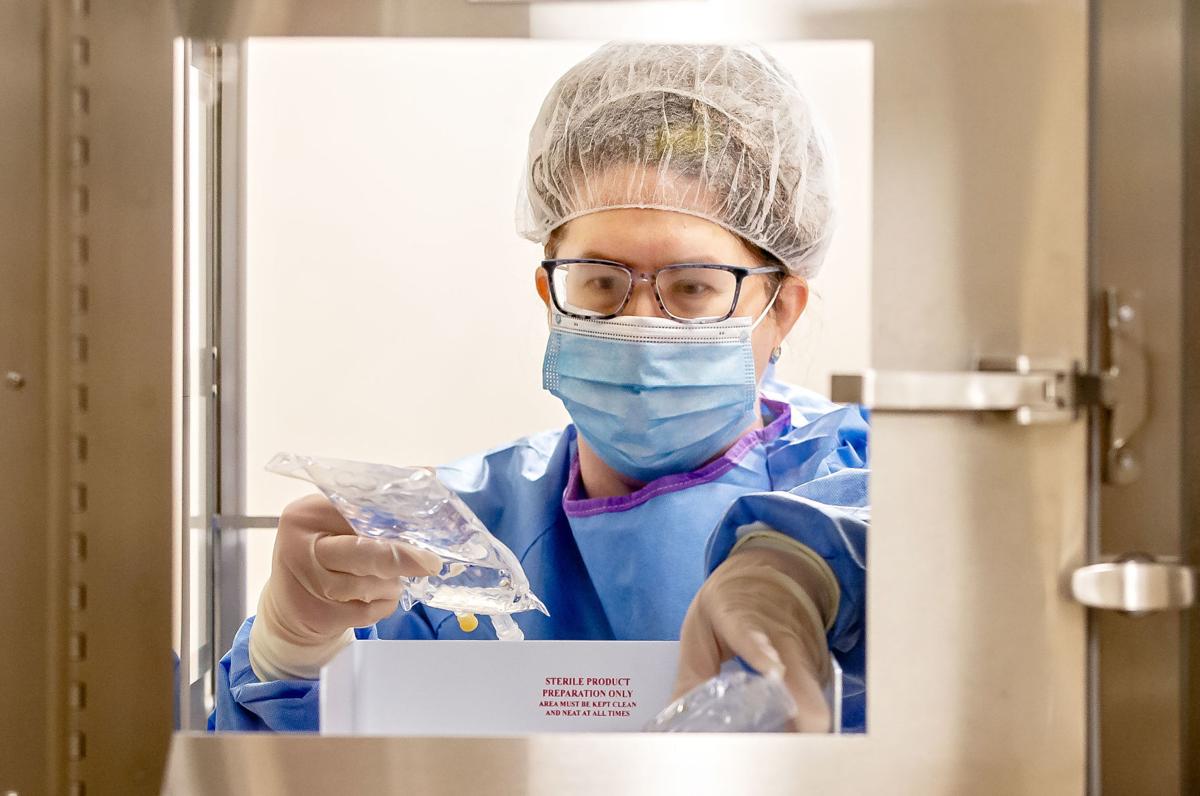 Sean Daughtery, a physical therapist for Valley Health, looks outside this public hallway that had previously been obstructed and is now open as part of the first phase of renovations at Shenandoah Memorial Hospital. Local artist Moriah Asbridge painted a pair of murals outside the new pharmacy that was renovated for $1.5 million.

Diane Dorrin, a certified advanced pharmacy tech, looks over a rack of medicines inside the new pharmacy.

Shenandoah Memorial Hospital is preparing to start work on Phase 2 of a multi-year master facility plan that is aimed at upgrading the 69-year-old hospital in Woodstock.

The second phase of the plan is set to cost around $3.5 million, and the work is being done by Howard Shockey & Sons.

“We’ve tried to, and we’re in the process of, replacing the hospital on-site over the past 15 years and on into the future for the next five-plus years,” said Travis Clark, president of Shenandoah and Page Memorial hospitals.

Clark said the core of the hospital was built in 1951. The hospital first put a master plan in place in 2004 but has been working on upgrading the plan as projects get completed. The current plan, Clark said, began in 2019.

“We’ve outgrown a lot of the areas that we’re working on now. A lot of things have changed in health care since 1951,” he said. “Obviously, one is that we’re a much more outpatient-driven service. So, we’ve worked on having our new renovated facilities be more efficient to meet the needs of our patients today.”

Phase 2 of the project, which is scheduled to begin later this year and be completed by the summer of 2021, will include the renovation of approximately 13,000-square-feet of currently unoccupied space in the northwest corner of the hospital to relocate the Physical, Occupational and Speech Therapy Department, a larger physician and therapy gym, additional treatment rooms, enhanced areas for speech therapy and wound therapy, dedicated pediatric therapy space and associated support space as well as upgrades to building systems to comply with current codes and standards.

The current PT/OT/ST Department was constructed in 1968 and had upgrades and additions in 1983 and 2008. It previously housed the Medical Imaging and Emergency Department, which both moved into new spaces within the last eight years.

Clark said the upgrades have been driven largely by growth, both in terms of patients and staff.

“The biggest driver there is, over the past several years, our rehab services at the hospital and throughout the community has grown. Pre-COVID, we were growing at about a 15%-per-year clip. We’d gotten with our current space where we had outgrown it,” Clark said. “By providing this additional space, it will certainly enable us to have more procedure areas for different therapy modalities to spread it out more and increase some privacy.”

And doing the projects in the midst of COVID-19 allows the hospital to plan to include more space for social distancing.

The new pharmacy construction also resulted in the creation of a public hallway that now takes visitors, patients and staff past two walls that had previously been obstructed. There is now a mural painted on them by local artist Moriah Asbridge.

When planning for these types of projects, Clark said focusing on how the upgrades will impact the community is at the forefront of conversations.

“How will it enable us to better serve our community and how it makes us more efficient? From an operations standpoint, those are the biggest questions we ask as we work on each project,” he said.

With that, it’s important to take patient surveys into account, he added. Feedback given on all patient surveys is considered throughout the process, even going as far as having a Patient Experience Council that consists of community members to translate the needs and wants of the community.

When the council meets, they’re typically joined by at least one former patient who relays their experience, according to Tammy Gasper, vice president at Shenandoah Memorial Hospital.

Sometimes they’ll even walk the council through the hospital and point things out “through the eyes of a patient.”

“We are very fortunate to have community members (on the Patient Experience Council). Every meeting we invite someone who has been a patient with us to come and talk to us about their experience,” Gasper said.

Future phases of the plan include upgrades to Cardiopulmonary Rehabilitation, the Clinical Laboratory and Nutrition Services. The overall project is expected to take about five years to complete, Clark said.