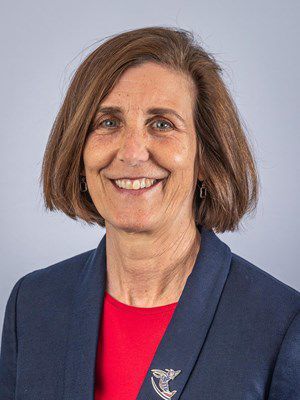 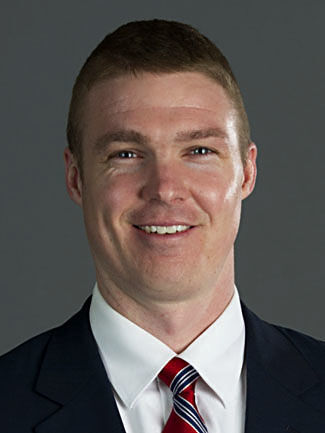 Shenandoah University is suspending all athletic competition until Jan. 1, the school confirmed on Tuesday evening in an announcement that coincided with a similar one from the Old Dominion Athletic Conference that postpones conference regular season and championship competition through the end of the calendar year.

Shenandoah’s decision, which was made based on the continued threat of COVID-19 and the restrictions put in place to combat the spread of the virus, includes the intent to contest all of its fall sports — football, field hockey, soccer and volleyball — in the spring. The ODAC, per a news release from the conference, plans to sponsor conference competition and championships for fall and winter sports during the spring semester, pending NCAA approval of such a move.

SU’s announcement came just over two weeks after the university, again in conjunction with the ODAC, pushed back the start date for fall sports to Sept. 11. Shenandoah University Director of Intercollegiate Athletics Bridget Lyons reiterated on Tuesday that like the fall sports announcement made earlier this month, Tuesday’s decision was made after frequent conversations between the conference’s athletic directors.

“It became clear to us that from a health and safety standpoint, from a standpoint of the NCAA protocols that have come out, that we really had to consider what’s gonna be in the best interest of our student-athletes and the safety of all of our student-athletes moving forward,” Lyons said. “Given all those challenges, we made the recommendation to the presidents to postpone fall competition until the spring semester.”

Though the ODAC’s decision left the door open for Shenandoah and other schools to pursue games outside of their conference this fall, Lyons said doing so was neither feasible nor in the best interest of SU’s student-athletes.

“At this point in time, looking at all the factors — again, it’s not an easy decision. It’s a heartbreaking decision for our student-athletes,” Lyons said. “This has been so impactful. One of the latest documents the NCAA sent out, where they thought we were going to be at this point in time is certainly not where we are with confirmed cases, et cetera, and the spread of the virus.”

Shenandoah head football coach Scott Yoder said that while Tuesday’s news was hardly surprising given the landscape of college athletics amid the ongoing COVID-19 pandemic, it was still a “disappointing” reality to face.

Yoder said up until shortly after the Fourth of July holiday he’d been “cautiously optimistic” that Shenandoah would play a fall football season in some capacity. That optimism began to wane over the last two weeks, he added.

“I really feel for all of our student-athletes. Obviously, football guys hit really close to me but just knowing what our university and students have gone through starting with last spring, it just feels like kind of an avalanche of bad news, although there’s obviously some good in there,” Yoder said. “I certainly understand it and I know we’ve got some really smart people in our conference and in our universities that are analyzing a lot of data and trying to make the most positive situation we all can out of this.”

Yoder said he learned the news at 4 p.m. Tuesday, an hour before the ODAC and SU made it public, and called a virtual team meeting at 4:45 that drew over 120 people.

“I think they understand,” Yoder said of his players, “but obviously we can all put ourselves in their shoes and know that there’s been a lot of disappointment for young people in the last six months as far as schooling and what their life has been like. I hate to pile on that.”

Ashley Smeltzer-Kraft, Shenandoah’s women’s field hockey coach and the athletic department’s senior woman administrator (SWA), said that while the “writing was on the wall” that this decision was eventually coming, she still felt for the student-athletes and particularly the seniors who saw their hopes of a traditional final season dashed.

“Honestly I think this has been in the works for a while now and we just have to keep the health and safety of (the student-athletes) in the forefront of our minds,” said Smeltzer-Kraft, who praised the decision-makers who made that a priority. “As devastating as it is, it makes sense and I think it’s the best decision.”

Fortunately for fall sport athletes, the ODAC stated that it’s committed to at least attempting to hold fall sports in the spring, though Lyons said the hurdles and challenges schools will face in order to make that a reality “are many.”

Lyons said she’s anticipating the NCAA to approve a waiver that will eliminate the “traditional and nontraditional” seasons designations for this school year, which would give universities flexibility and allow them to push their traditional fall sports to the spring season. The NCAA Division III Management Council announced on Tuesday evening it had approved a proposal that allows schools to define a playing season by a certain number of days rather than by weeks, and those weeks are not required to occur consecutively. That proposal still needed approval by the Presidents Council on Tuesday evening, according to a news release from the NCAA.

According to the release, the DIII Management Council has also recommended to the NCAA Board of Governors that fall championships across the division be canceled this year.

If and when schools are granted permission to contest their traditional fall sports in the spring, they then need to figure out how to conduct a spring season overloaded with different sports. Lyons said one of the next pieces of the puzzle that ODAC athletic directors need to “delve into” is what such a spring season would look like.

“Certainly that will be done by a subgroup of the ODAC athletic directors and we’ll look at different models that perhaps we can consider in order to try to — again, our goal is to certainly have a meaningful experience for all of our student-athletes,” Lyons said. “That’s what we’re gonna operate on in terms of trying to come up with scheduling for all of these teams over the course of the spring semester.”

Smeltzer-Kraft said that while such a loaded spring season presents a challenge -- “How do we fit six teams on one field at Shenandoah?” she said -- she thinks it’s doable.

“It’s just a matter of working together,” she said. “There’s gonna be a lot of give and take, but do I think it can happen? Absolutely. It’s just we’re gonna have to sacrifice a little bit here and there and keep the student-athletes first in our minds.”

While outside competition is suspended, Shenandoah’s news release states that all 22 athletic programs will have the chance to practice “in a manner that is deemed appropriate by the NCAA, the (Centers for Disease Control) and the ODAC.”

“I’m very happy that there’s a commitment there,” Yoder said of the ODAC’s willingness to shift fall sports to the spring. “There was a lot of time put in to try to get us ready for the fall and now we’re gonna have some more time, but we’re all gonna be pressed to the max to figure this thing out for everybody, just from an institutional standpoint to a practice standpoint to a safety standpoint. This is going to be the most unique and challenging year that I’ve had in 20 years of doing this.”