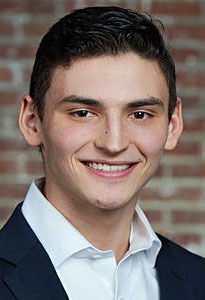 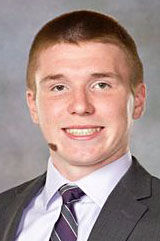 Sherando High School graduates Forrest Limon and Nathan Wagner have taken lessons they have learned from their real-world experiences and created a book to help people.

“We wanted to help raise people up to realize their full potential,” Wagner said. “We want them to stand and be the best person they can be.”

The book, “Transcend: A Guide to Realize and Maximize Your Potential,” was released at the end of September and focuses on subjects such as adaptability to the real world, being passionate about the things people do, and working to be positive influences in their community. Limon said the book uses lessons and stories from his and Wagner’s lives to help illustrate these subjects.

“We both felt we had a message to share,” he said. “We wanted to help the next person in line.”

Limon said the book doesn’t have all the answers to people realizing their potential, but he hopes that people, both young and old, use the book as a tool to help them realize their potential.

“I wouldn’t feel right if I didn’t help the next people in line to be the best person they can be in their community,” he said.

Wagner said that he and Limon’s biggest influences, including their parents, teachers, and coaches, were what motivated them to get ahead in life and to write the book.

“We owe a lot to our life coaches for what they taught us,” Wagner said.

Limon said that he and Wagner, who are from Middletown, have been friends since they were in middle school.

“We had very similar upbringings,” he said. “We weren’t always into the same things, but we believed in the same values.”

The two men are now making their way through college. Limon said he will receive his bachelor of science degree in finance from Mercy College in New York City in December. He also studied at the New York branch of the London School of Economics, and said that he was asked to work at JPMorgan Chase in New York City. He will begin working there next year.

Wagner is attending Virginia Tech to study aerospace engineering and physics. He expects to graduate from there in 2021.

Even with the distance separating the two, Limon and Wagner still find time to check in with each other.

To purchase a copy of the book, visit https://tinyurl.com/rk5wqfp.