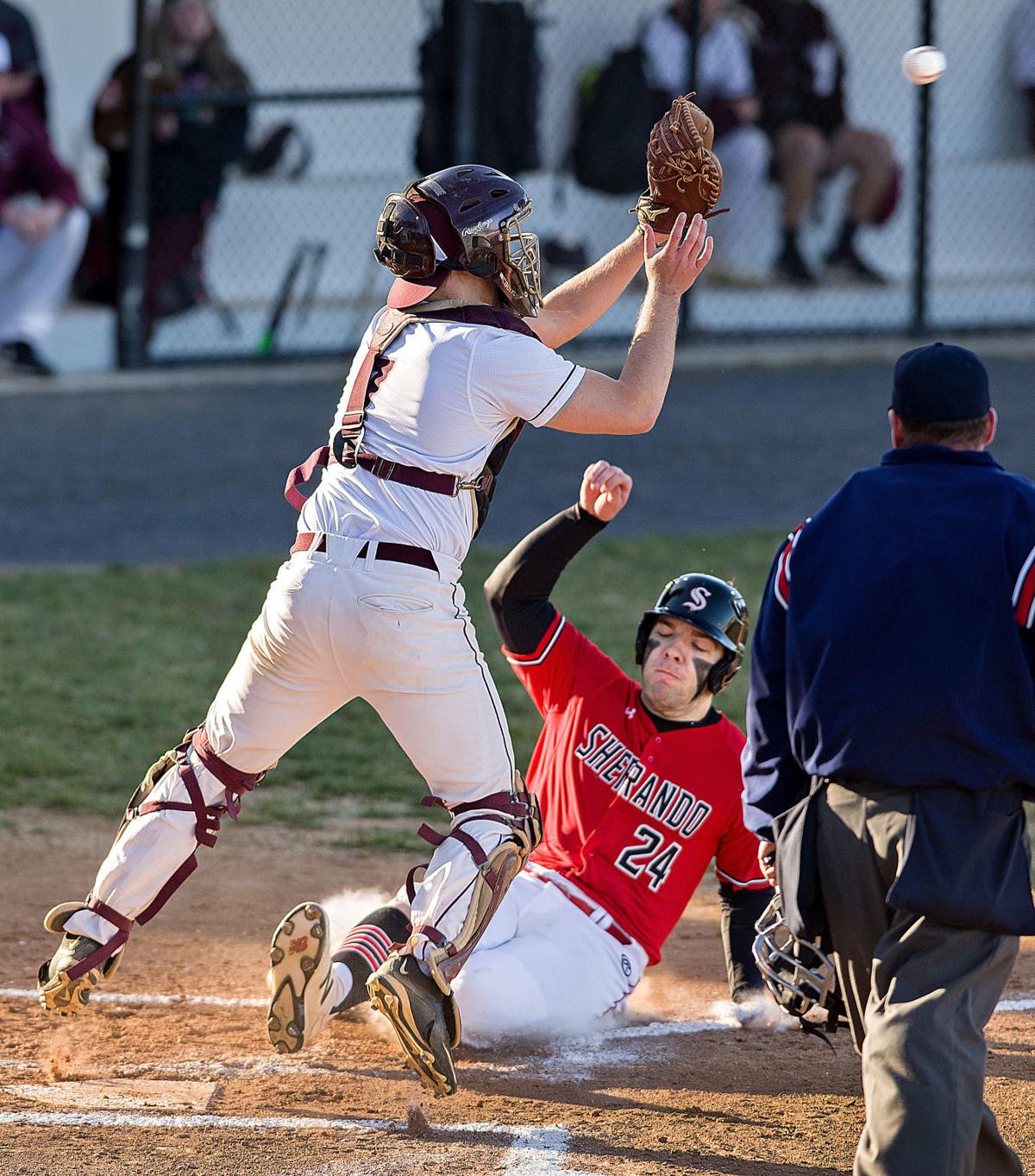 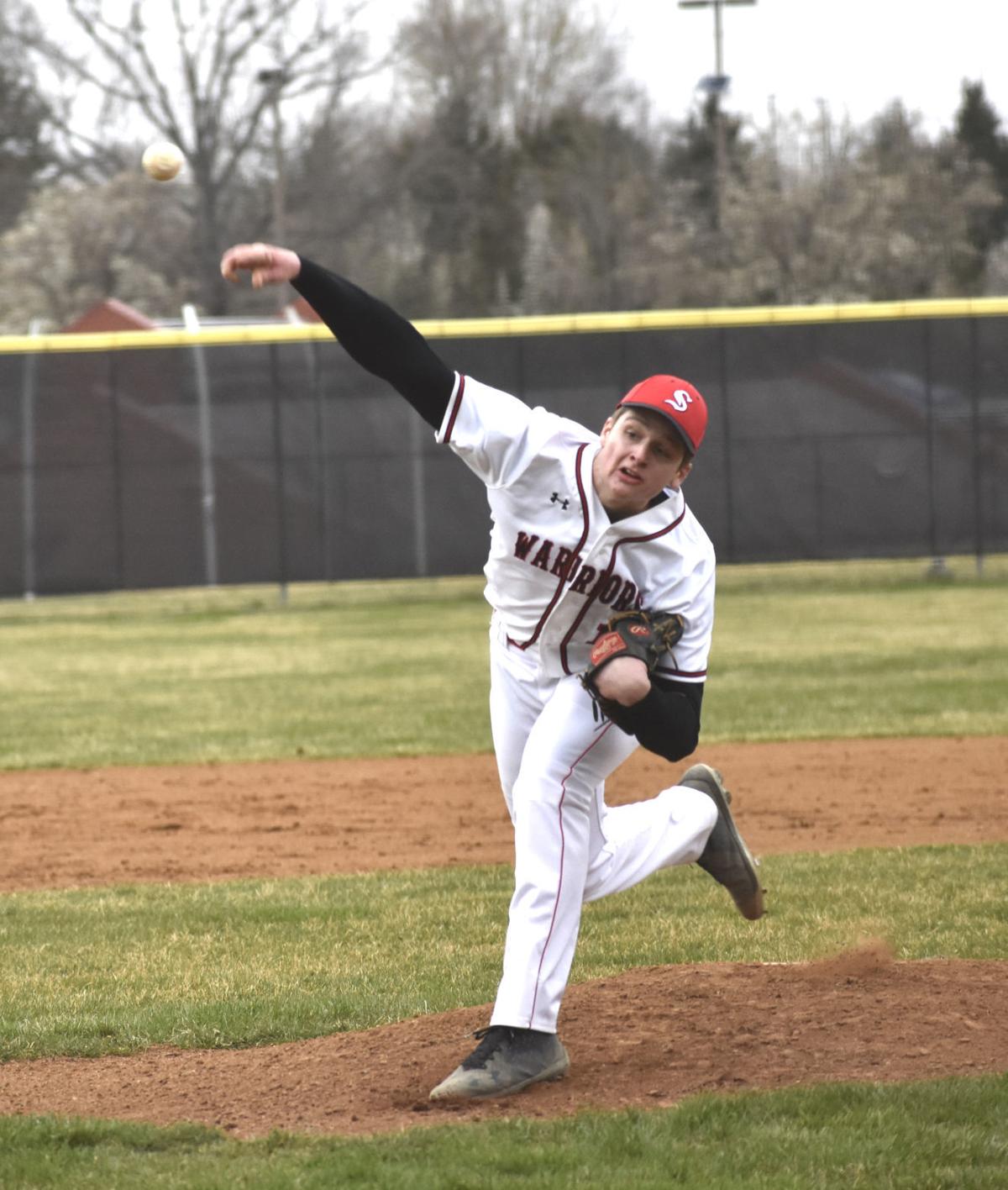 Sherando’s McKinley Dean fires a pitch during a game against Liberty in 2019.

Sherando’s McKinley Dean fires a pitch during a game against Liberty in 2019.

It’s a disappointing reality for Sherando’s Owen Even, as it is for many high school seniors who saw their athletic careers brought to an early end by COVID-19.

Even knows he’ll never play baseball in a Sherando uniform again, and he’s holding out hope he’ll at least get the chance to play with some of his longtime teammates in some capacity this summer. But as disappointing as the premature end to his high school career is, Even is staying positive.

He said recently he’s trying to stay in touch with his teammates and frequently reminds himself that he had three years in the Warriors’ baseball program that “were great for me.”

“I might as well think about the good times instead of being disappointed in what happened now,” Even said last week. “Sure, it’s disappointing but as long I still have those memories of playing those three years, it’s worth it.”

Sherando’s 2020 group of baseball seniors – Even, Payne Bauer, Calvin Bowser, McKinley Dean, John McIntyre, Cameron Mintz and Keaton Ritter – was a mixed bag of varsity-level contributions heading into this spring. A couple of those seniors were established starters who played key roles during last year’s 19-4 season. Some were role players, while others saw very limited action.

All seven of those seniors were expected to contribute in one way or another for the Warriors this spring, said longtime head coach Pepper Martin.

This spring was a season that a couple of the seniors said they were eager to compete in. After losing a talented core of seniors from a year ago, this year’s group had the potential to “be a contender, just like last year,” Bauer said.

Even added that the Warriors who hadn’t seen as much playing time in the past — himself included — were excited to “prove what we could do.”

“I think we all knew we were gonna do well,” Even said. “A lot of people think that if you lose a lot in talent you’re not gonna be as good but being able to prove that even if you lose people and come back the next year and perform just as well, that shows people that these guys are for real. I think we were all excited to get into that and we wanted to prove that we would be just as good and that we were a good program.”

Dean was one who was expected to take on a major role for the first time on the diamond this season. He saw some action on the mound last year and got some starts at first base when former Warrior Michael Usa pitched, but Martin said Dean was in line to be Sherando’s No. 1 starting pitcher in 2020.

“I was really looking forward to that,” Dean said. “It was the last time going out there and doing it, so to come out there and finish strong, that would’ve been really nice.”

Dean was in the middle ground when it came to the seniors’ level of past contributions at the varsity level. Above him were Bauer, an all-state outfielder, and Mintz, a transfer who served primarily as Sherando’s designated hitter in 2019.

Below that trio were the other four seniors who were likely in line to see some significant playing time for the first time this spring.

Martin said Bowser was going to start in the outfield and Ritter, who was swinging the bat well in the preseason, was going to be Sherando’s starting third baseman when Mintz was on the mound. McIntyre was going to add some pitching depth as a middle reliever, Martin added, and the head coach praised Even’s work ethic and leadership qualities.

Even, the backup to starting catcher Andrew Plunkett and the team’s bullpen catcher, was playing some in the outfield this preseason and was destined for a role as a team captain, Martin said.

Even said the biggest lesson he learned from his time on the baseball team is the importance of waiting for your chance, and being prepared to seize that opportunity when it arrives. His chance to become a leader this season opened up with the graduation losses of players like Usa and Hunter Entsminger, he said.

“Even going into winter workouts I knew that I wanted to have a bigger role on the team,” Even said. “I figured if I could just step up as a leader I could be one of those guys that it’d be helpful for the whole team. In winter workouts I would lead the stretches and get stations ready and try to lead by example while also being a verbal leader. I just wanted to get everybody ready and know that we could still be good, that even though we don’t have these guys on the team, we still have leadership.”

Dean said the game that sticks most with him was the Warriors’ loss to eventual state runner-up Riverside in last year’s Region 4C semifinals.

“It didn’t really end the way we wanted it to because we had some stuff not go our way but it was good going up against a really good team,” Dean said, adding that what stood out was how much talent was on the field. “I didn’t really get to play, to be honest with you, but there was a ton of good athletes and DI athletes … and seeing them compete was fun.”

Bauer’s most vivid Sherando baseball memory came from that same game, when Entsminger, Bauer’s best friend, consoled him after the season-ending loss.

“I was just like crying and he was hugging me. It was a pretty crazy moment and honestly it’s something I’ll never forget,” Bauer said. “It wasn’t like the best moment ever but it was a moment that I feel like we bonded pretty well together. He was just there for me.”

Dean and Even both said Sherando’s players forged a brotherhood on and off the diamond, and Bauer, also a standout linebacker who’s heading to James Madison University in the fall, said his closest friends are the ones he played baseball with.

One of the biggest lessons sports have taught Bauer, he said, is that relationships matter.

“How much you love your team and love the guys on it, it doesn’t matter if you guys aren’t very good or whatnot, I think having good relationships no matter what is gonna give you an edge,” Bauer said. “You might not be as good as the other team but if you don’t let the guy next to you down, I think that’s gonna make you better automatically.”