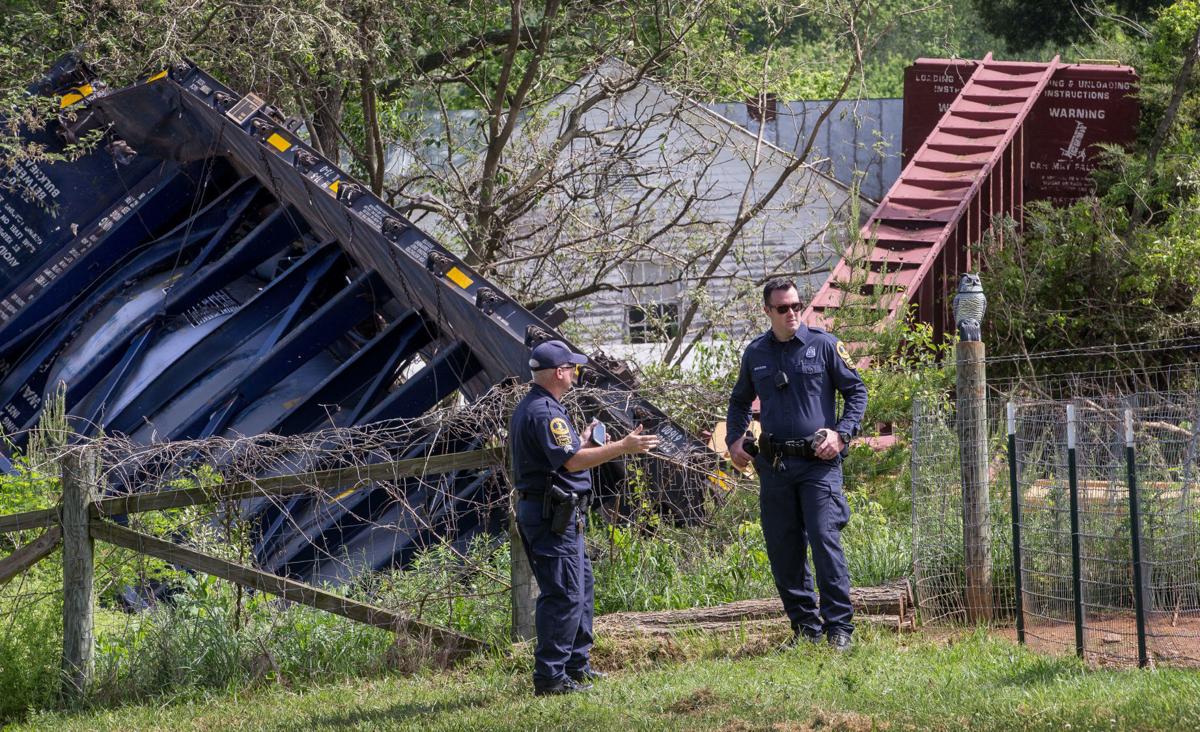 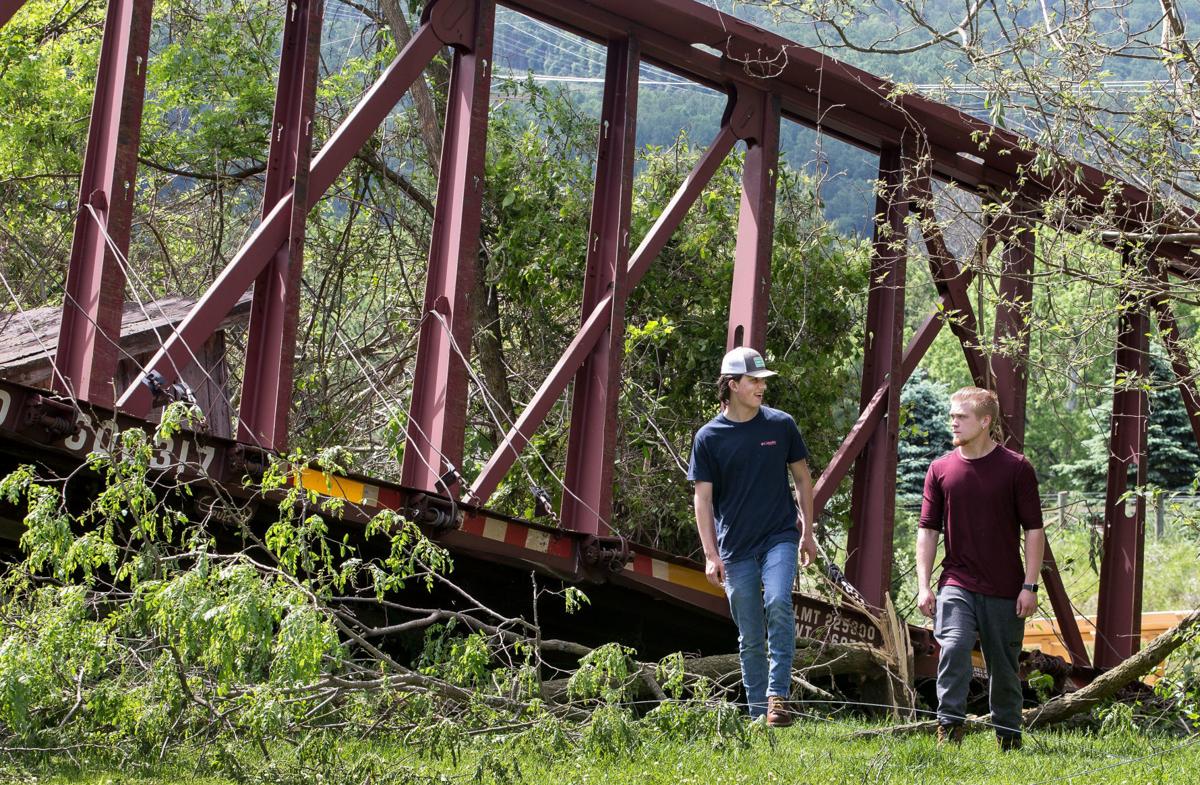 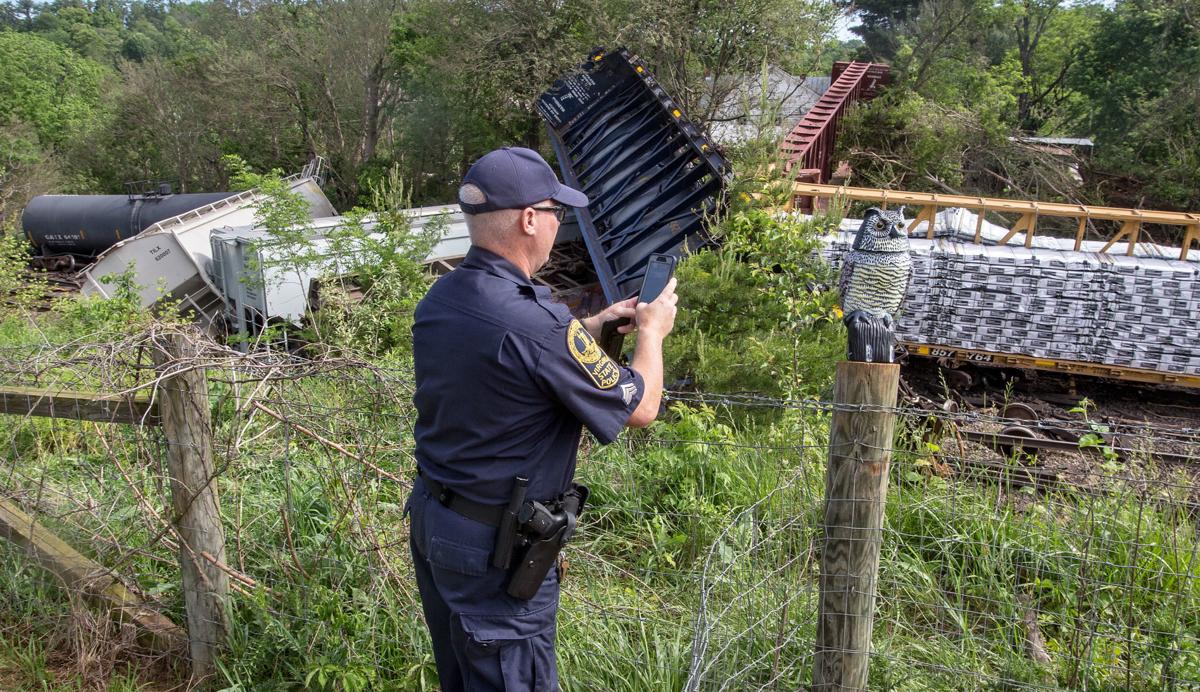 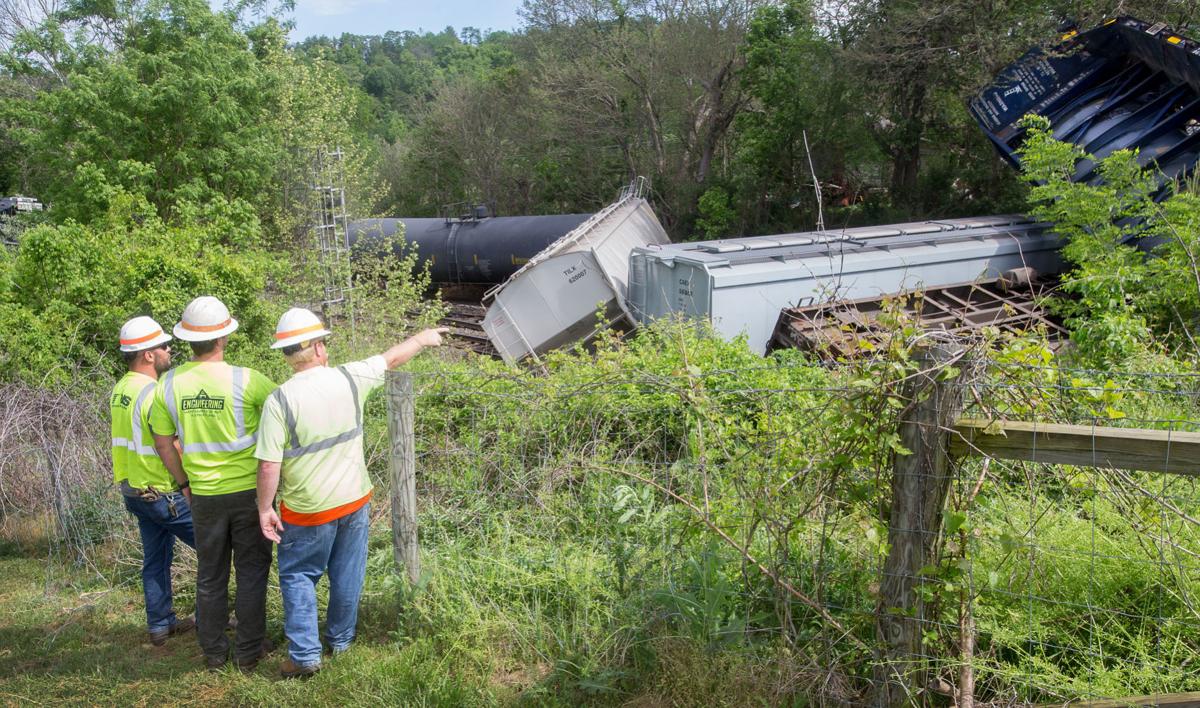 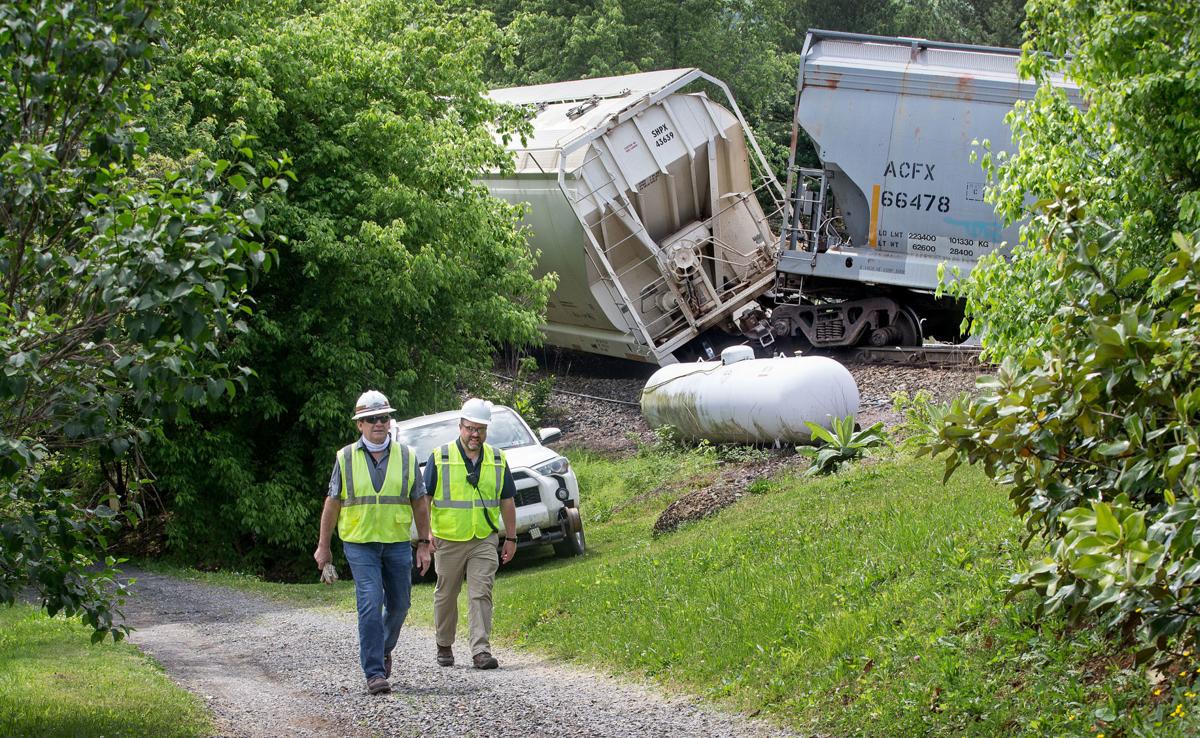 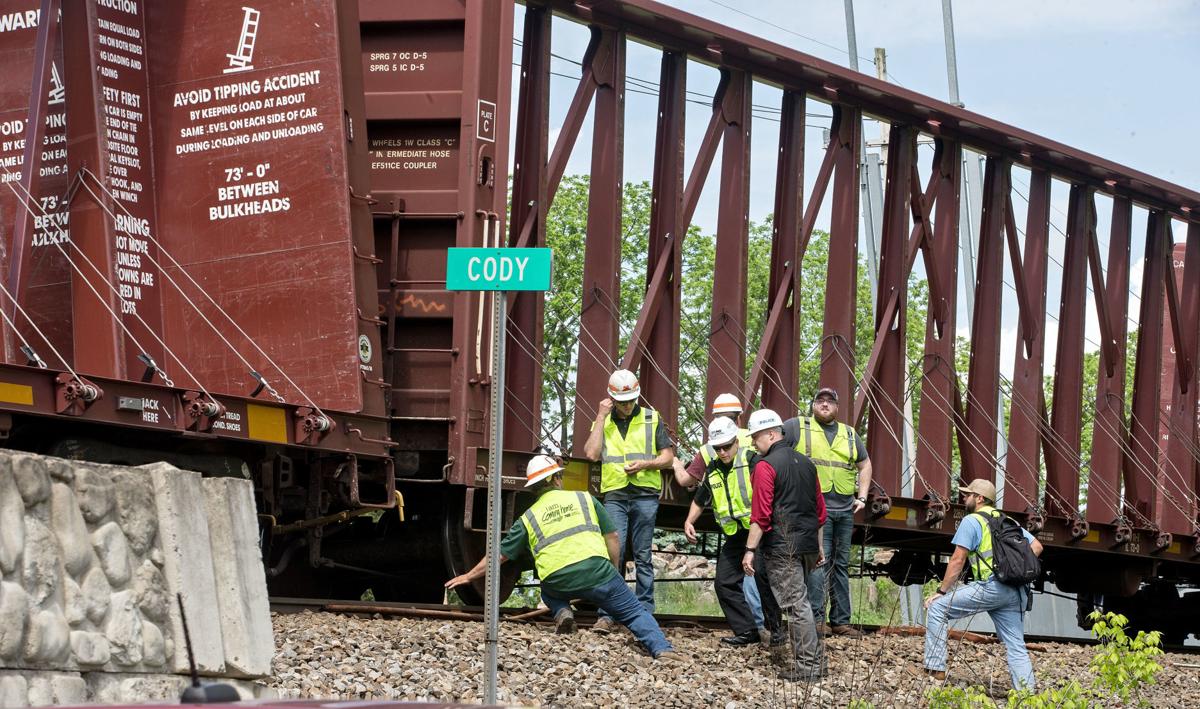 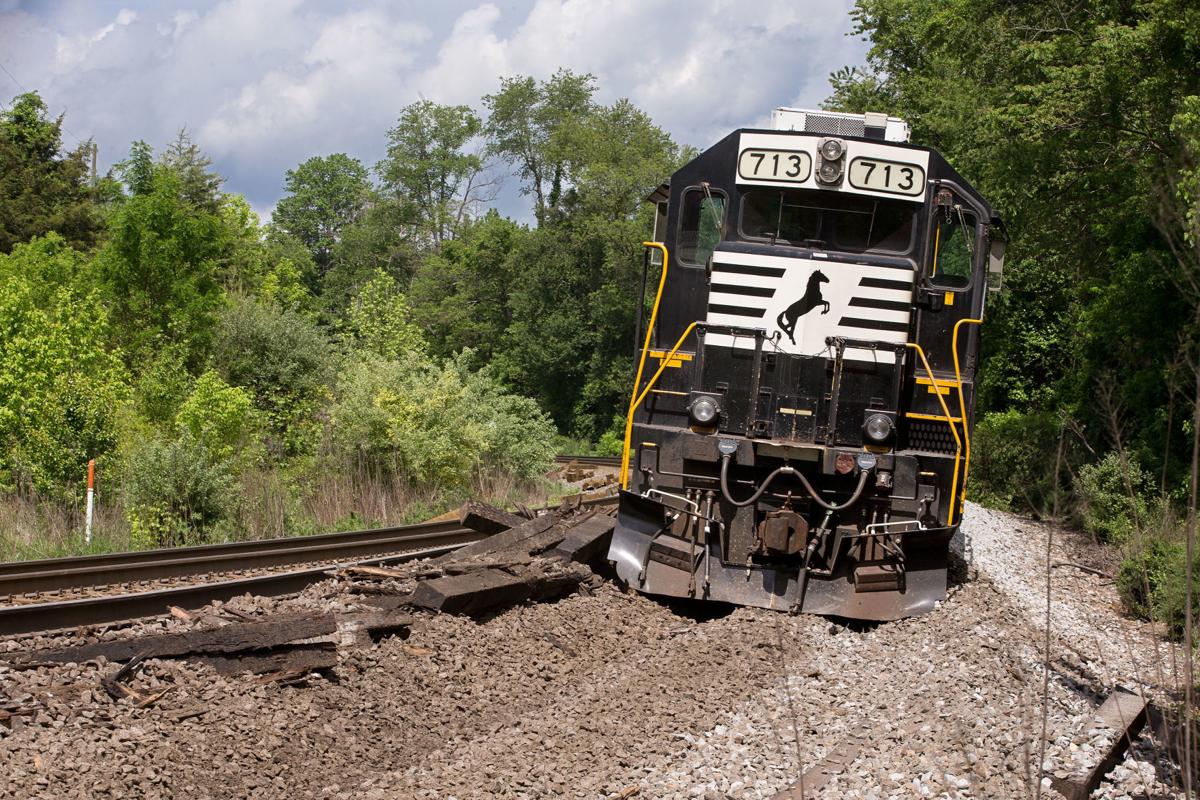 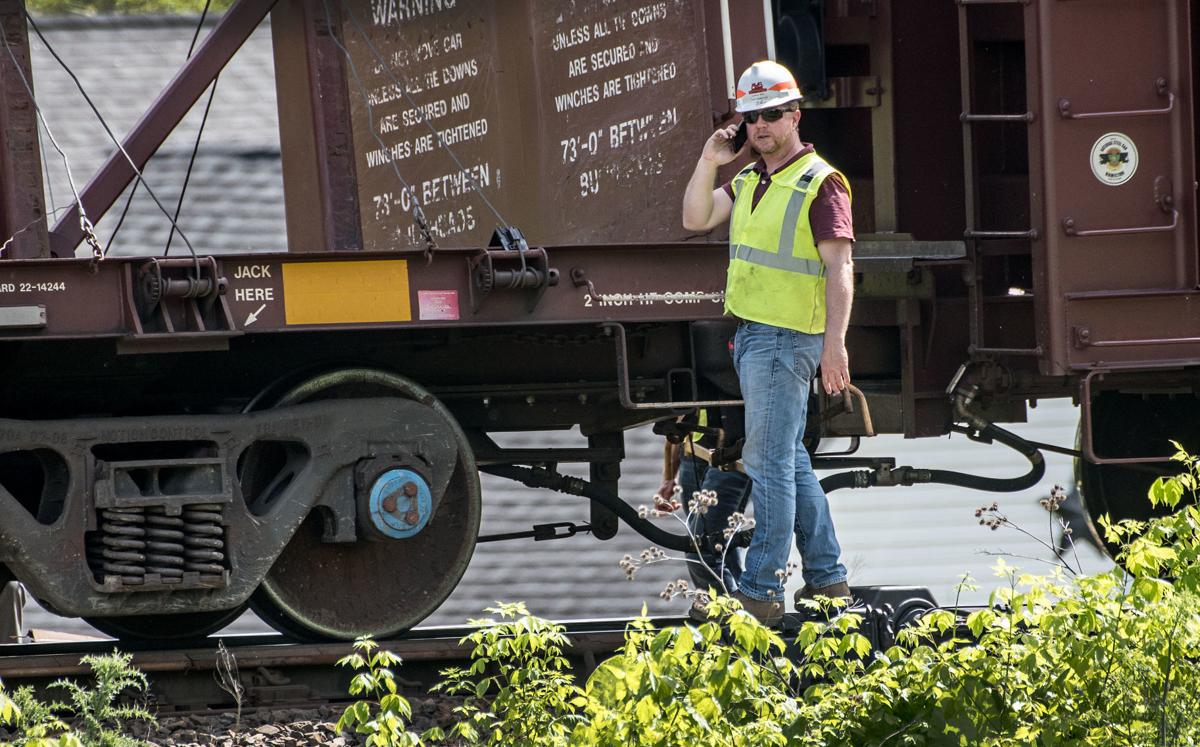 A Norfolk Southern Railroad worker talks on his phone along the train on Friday. 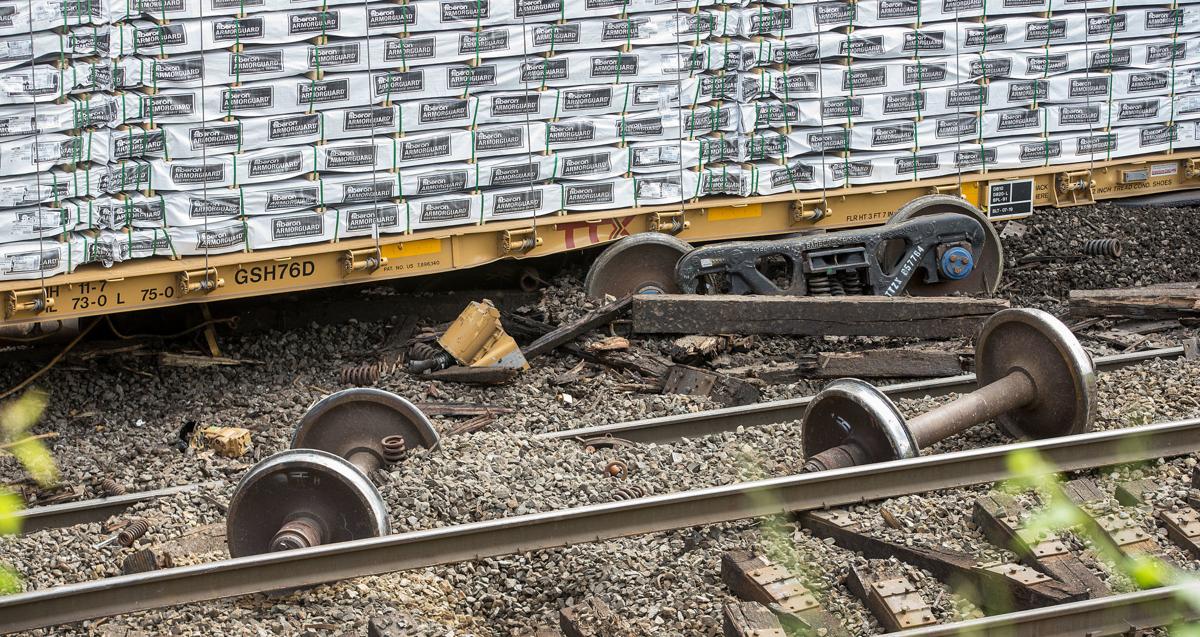 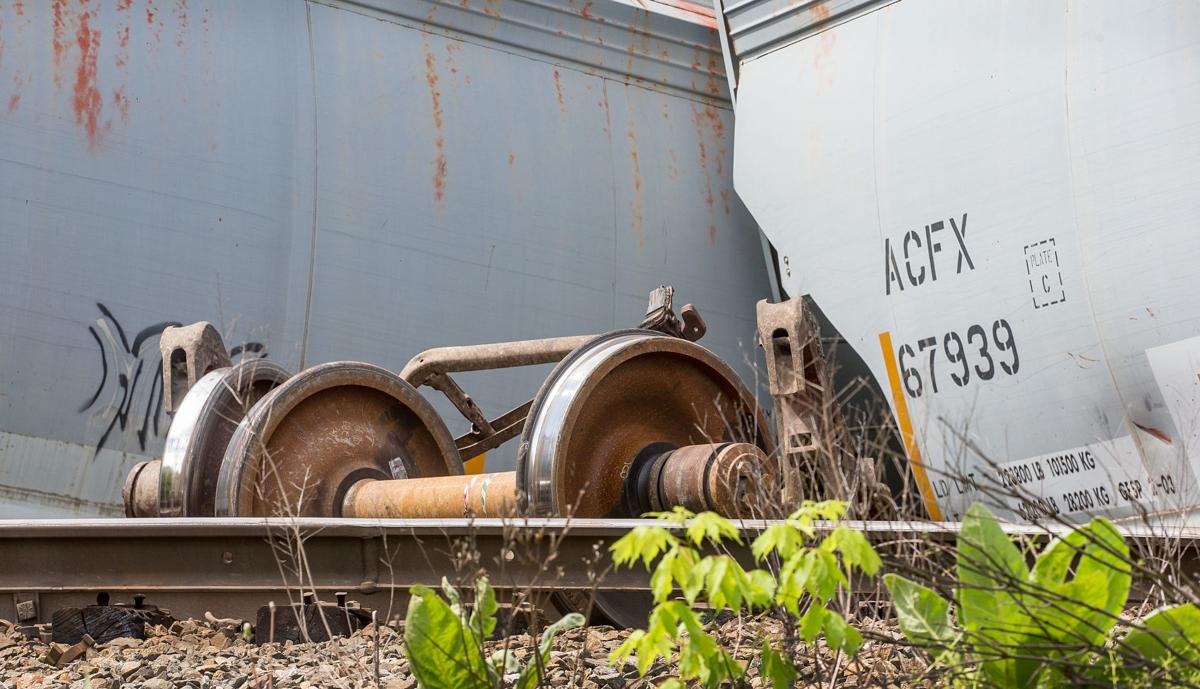 A Norfolk Southern Railroad worker talks on his phone along the train on Friday.

A multiple train derailment tied up traffic and emergency services Friday morning near Linden but caused no injuries, according to local law enforcement.

The Warren County Department of Fire & Rescue Services responded to the derailment at 8:57 a.m. in the 4000 block of John Marshall Highway east of Front Royal, a public notice posted to its Facebook page states.

The department asked the community to stay clear of the area while emergency responders assessed cleanup plans.

“There is currently no threat or danger to the community,” the post notes.

As of Friday evening, there was no determination of a cause, said Fire Chief Richard E. Mabie.

The train derailment occurred at about 8:52 a.m. Friday, according to a news release from the Warren County Sheriff’s Office posted on the Town of Front Royal’s Facebook page.

The train originated in Columbia, South Carolina, and was destined for Enola, Pennsylvania, Jeff DeGraff from Norfolk Southern confirmed in an emailed response.

"Five locomotives and 14 rail cars derailed from the track," he wrote. "The train consisted of a total of 46 cars. There is no hazmat involved in this incident."

An early review estimated about 300 feet of rail and some signal structures were damaged, he wrote.

Norfolk Southern personnel and contractors were still on scene Friday evening to assess the situation and begin work to clear the cars.

“At this time we cannot estimate a time to re-open the track,” said DeGraff.

The remaining cars that didn't derail either ran into each other, were pushed up an embankment or remained on the tracks, Mabie said in a Friday phone call.

"They technically did derail," he said, "but they didn’t turn over."

“No fire or explosion occurred, no hazardous materials were involved, and no injuries were reported,” the release states. “The cause of the incident is undetermined at this time; however, it is under investigation by the VSP (state police) and NSR (Norfolk Southern Railroad).”

As of 10:15 a.m., the derailment did not affect vehicular traffic on major county roads or Interstate 66, the release states. The only affected roadways were Pickrell Drive, Keyser Wood Lane, Winona Drive and Red Barn Lane.

About 10 residential structures in the vicinity were affected, it states. The Warren County 911 Center alerted the households by using the reverse 911 System and RAVE alert system.

Roads were estimated to reopen between 8 and 10 p.m. Friday. Any updates will be posted by the Sheriff’s Department or other agencies, the release states.

"They said they hoped to have at least the derailed cars removed," Mabie said.