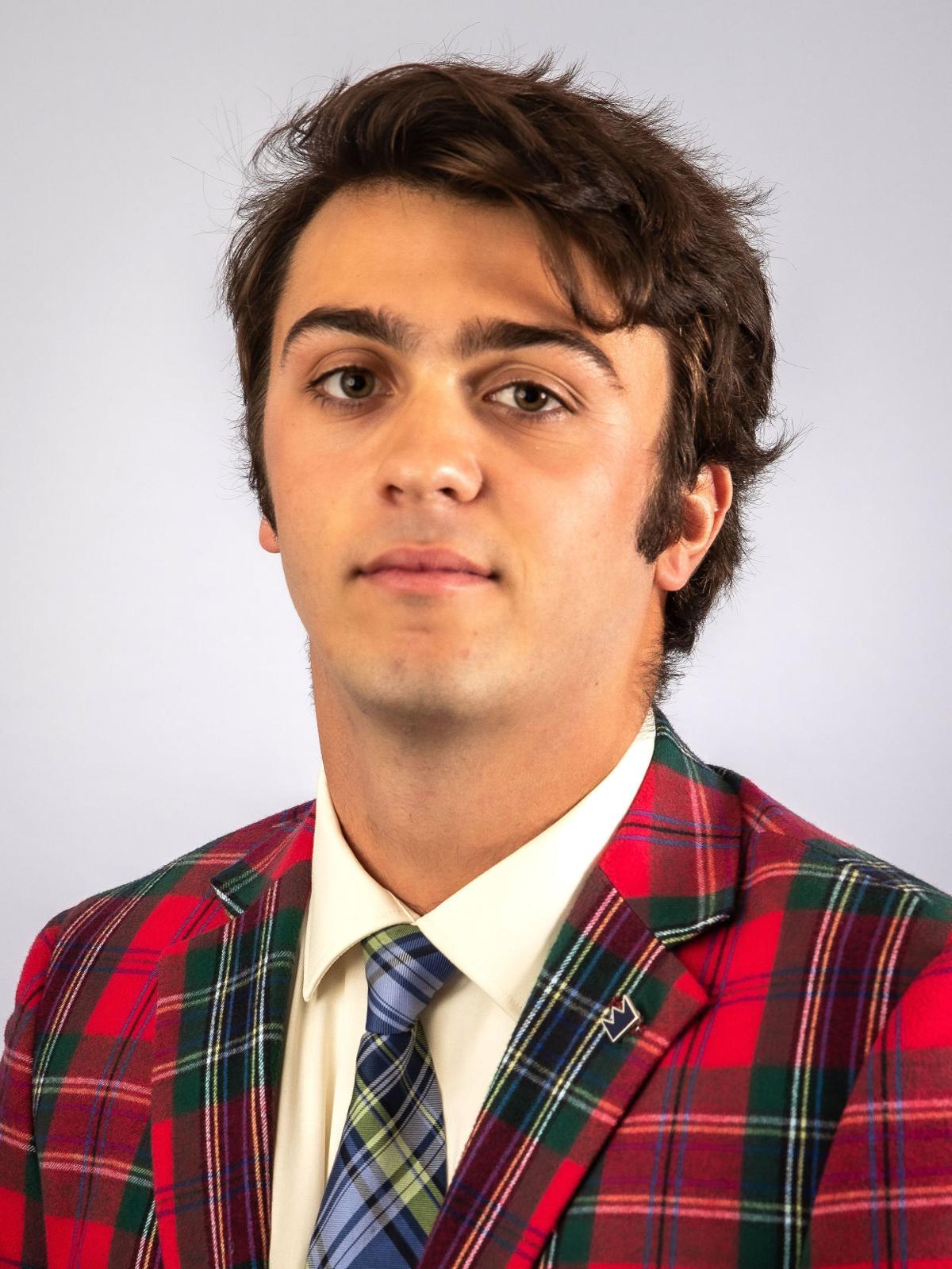 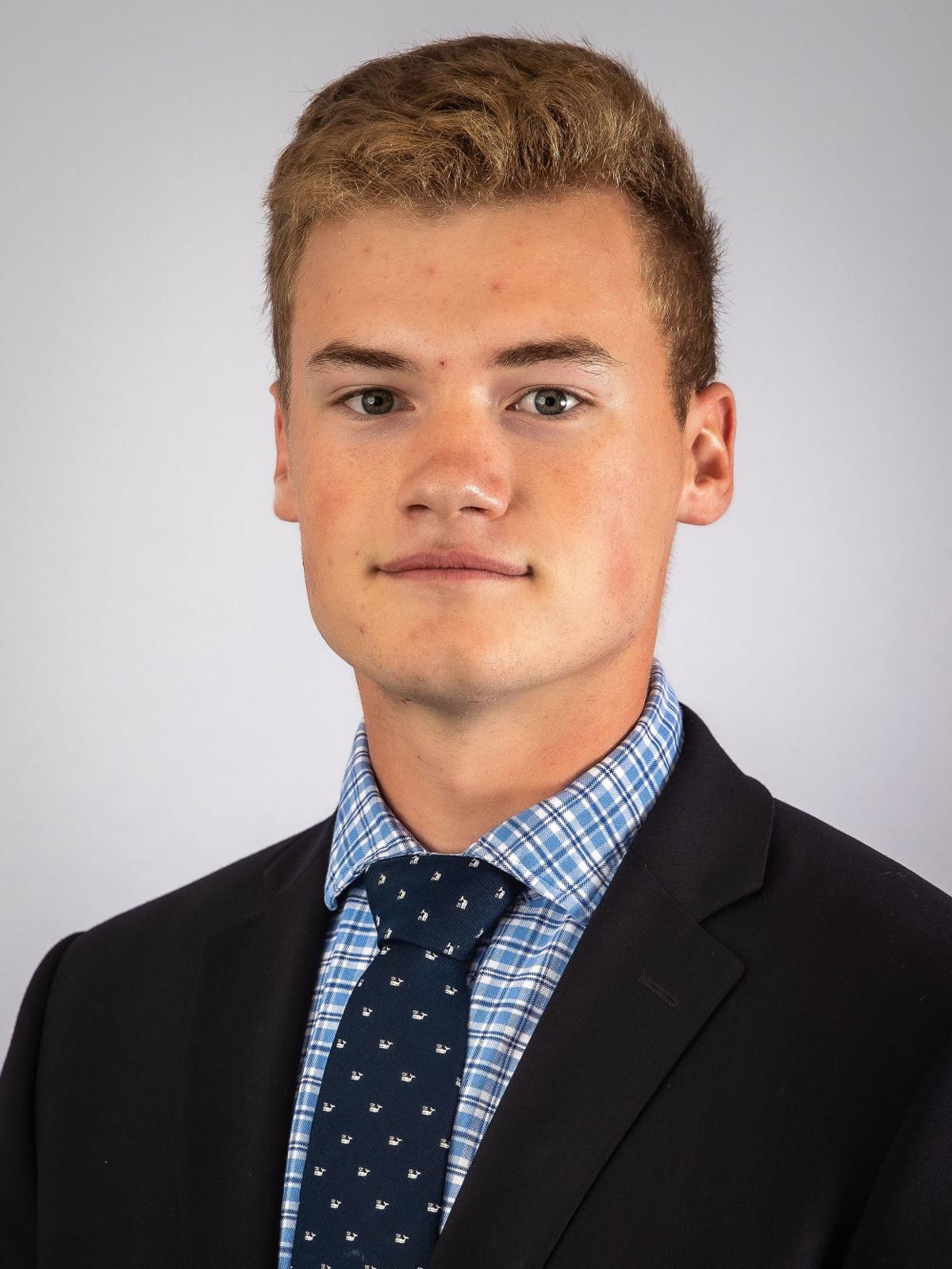 New Market Shockers pitcher and outfielder Haden Madagan said he was arriving for a recent Rockingham County Baseball League game when some fans quipped that they were “here to see the Shenandoah Hornets play.”

It was a joke made in reference to Shenandoah University located 50 miles north of where the Shockers play their home games, but one that wasn’t too far off from reality. SU players make up over 75% of the Shockers’ roster this summer, and the Division III program’s presence is so strong that New Market head coach Nolan Potts said there’s a running joke that the RCBL team should drop the Shockers nickname and start calling themselves the Hornets.

As the RCBL team closest to Shenandoah’s Winchester campus, New Market has fielded a fair share of Shenandoah players in recent years but never to the extent it has reached this summer. When Potts, himself an SU guy, first joined the Shockers as a player in 2014, he was one of two Hornets on the roster before the proverbial snowball got rolling. The Shockers boasted nine former or current SU players in 2018 and saw that number grow to 15 last summer; that figure has exploded to 23 players – out of 30 – this summer who have either graduated from, are attending or will attend Shenandoah this upcoming school year.

Since COVID-19 forced an early end to the college baseball season in March and many summer leagues – including the Valley Baseball League, which fields several teams in Shenandoah’s own backyard – canceled their 2020 seasons due to the virus, New Market was a logical destination for SU players looking for a place to play. With Shenandoah’s already established foothold in New Market and Potts’ presence at the helm of the Shockers, SU senior outfielder Grant Thompson said, “it just kind of came together perfectly.”

“This was the closest place to play,” said Thompson, who is from Springfield, “and it was just the perfect match for everybody that was staying around Winchester and staying around the school.”

Heading into Friday, New Market was 10-5 overall and in second place in the RCBL, two games back of Broadway (13-4) with six regular-season games left and the playoffs set to begin next week. Unsurprisingly, given the structure of the roster, Hornets past and present have made big-time contributions to the Shockers’ summer success.

Left-handed pitcher Darrell Thompson, a Sherando High School grad who has played professional baseball in the independent leagues since graduating from Shenandoah in 2016, entered Friday as the RCBL’s leader in strikeouts (40), while fellow lefty Michael Prosperi, a sophomore at SU, was the league leader in wins (three).

Nick Goode, another former Hornet who graduated in 2018 after playing high school ball at James Wood, entered Friday second in the league in batting average (.435) among qualified hitters and led a group of seven current SU players on New Market’s roster who were batting .300 or better.

Under longtime head coach Kevin Anderson, Shenandoah is a proud baseball program that (excluding 2020, when COVID-19 ended its season after just 12 games) has won two straight Old Dominion Athletic Conference tournament titles and made the NCAA DIII playoffs in 10 of the last 11 seasons. Since so many Hornets teamed up in New Market, expectations were high among members of the Shockers because, as SU sophomore Pearce Bucher said, “Shenandoah wins and this is a team full of Shenandoah players and a lot of Shenandoah starters.”

Shenandoah’s players were also hungry for the chance to compete after 2020’s lost season.

“We didn’t get a season in the spring or get a chance to contend, win an ODAC championship, try to contend for a national championship or anything like that, so this summer is an opportunity for us guys,” said Hornets junior outfielder Henry Delavergne, who, like Bucher and others, is playing his second summer with the Shockers. “You work all year for the spring season and then for that to get canceled, this is a chance for us to go out and win something that we didn’t get an opportunity to do in the spring.”

The Hornets on New Market’s roster are talented – “Coach Anderson doesn’t just take anybody off the street,” Potts said – but they also didn’t have to undergo any get-to-know-you phase that many summer-league teams have to endure as players from all over come together. The Shockers already had built-in chemistry because of the deep SU roots, a valuable asset in a season that was shortened to 21 regular-season games given the circumstances surrounding COVID-19.

Bucher, one of a handful of Sherando grads on the Shockers, said that chemistry has helped New Market win the close ballgames (the Shockers were 5-1 in games decided by two runs or less entering Friday).

Bucher added that New Market at the onset of the season already had the teamwide trust that every squad needs, and the Shockers’ cause was further bolstered by the fact that Potts has kept the “system” that Anderson has installed at Shenandoah intact. That means in-game aspects like defensive strategies and baserunning scenarios have remained the same for SU’s players in New Market.

“It’s a really great, smart way to play baseball, so we all just kind of use that and it’s kind of like second-nature now at this point,” said Bucher, who leads the Shockers with 11 RBIs. “We don’t really have to think about what we’re doing. We’re just kind of rolling right through it and basically just playing the game. There’s nothing to think about, which is great for all of us.”

That the Shockers are able to use that system with success this summer, Delavergne said, is a testament to Anderson’s coaching.

And of course, SU’s current players are getting valuable playing time with the Shockers during a time when such a commodity is scarce for many college ballplayers. While the Hornets’ veteran players are focused on keeping their skills sharp and staying prepared to contribute again in 2021, the less experienced Hornets are using this summer to garner reps that they hope will help further their quest for bigger roles at Shenandoah next spring.

Since the RCBL was the only summer option for many college players in the region, the league has drawn more college talent than usual this season, making that experience even more valuable.

“It’s a good experience for me, being young and playing in this league,” said Madagan, a Millbrook High School grad who had just one official at-bat as a freshman at SU last spring. “I’ve seen a lot of high competition, seen a lot of good DI guys, a lot of good pitching. This is gonna help me and my game for the upcoming season at Shenandoah.”

Calvin Pastel, who has focused almost exclusively on pitching during his first two years at Shenandoah, is in a similar situation. With the Shockers this summer, Pastel has seen extensive action at the plate and was batting .333 (14-for-42) with a home run and 10 RBIs heading into Friday’s home game against Montezuma.

“It’s great because if I wasn’t playing RCBL then I wouldn’t have had the opportunity to face (James Madison University’s) No. 1, (Virginia Commonwealth University’s) No. 1, an indy guy here and there,” said Pastel of the quality of pitching in the RCBL this summer. “… It’s just getting that other experience that can help me progress myself. It’s really important to me and I’m really happy that I’m just getting this experience in general.”

Everyone on the Shockers hopes this summer’s experience ends with New Market’s first RCBL championship.

“I’ll step into the ring with the Shenandoah guys against any team in the country. I firmly stand by that, whether it be Division I, II or III,” Grant Thompson said. “ To be able to play with these guys this summer and kind of get a chance to play against guys from all over … has been really fun.”