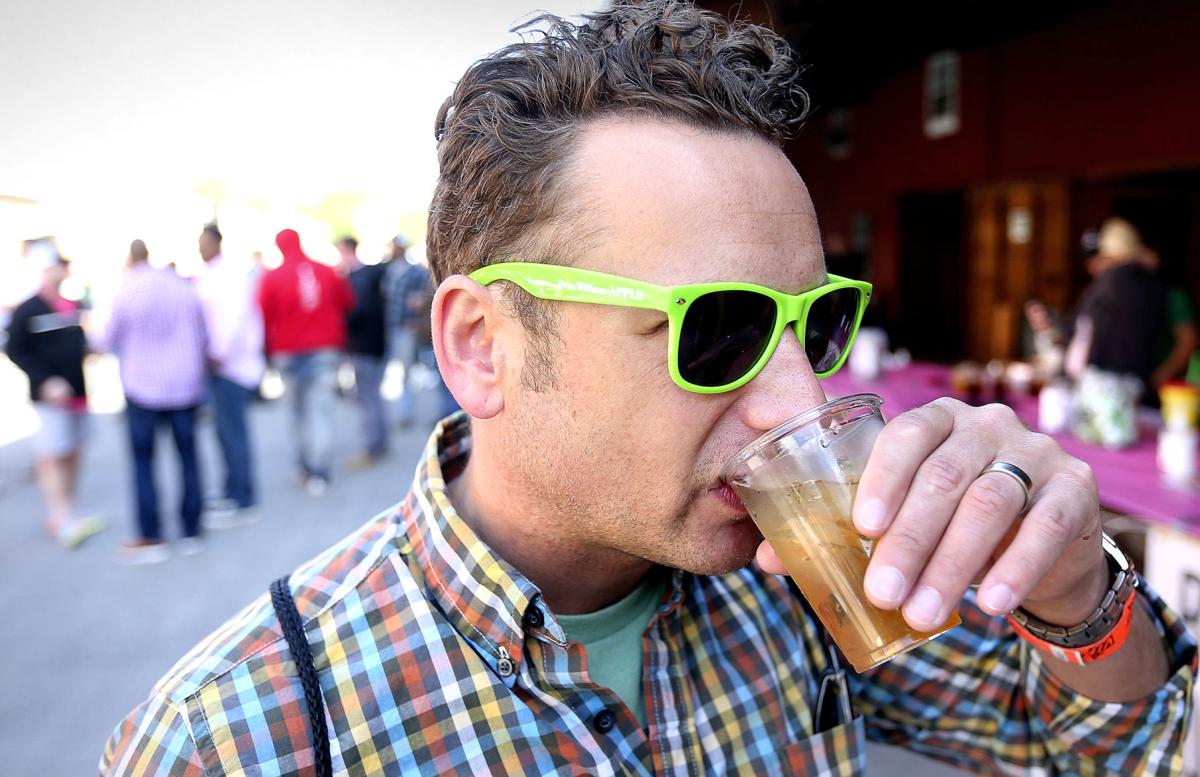 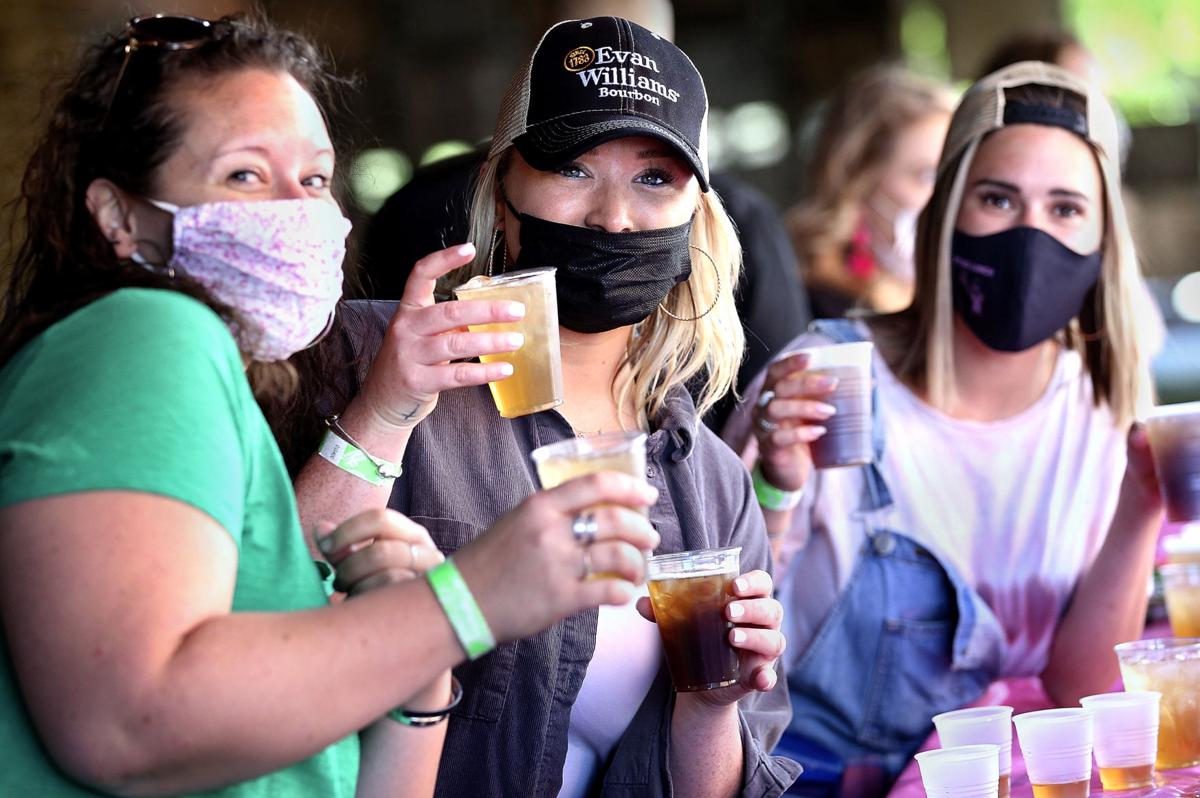 Like the hen-pecked husband from the “Married ... with Children” sitcom of the 1980s and ‘90s, the approximately 550 men who attended reveled in the chance to hang out with their buddies, swill beer and bourbon, smoke stogies and flirt with scantily-clad women. As piped-in classic rock played, attendees played cornhole, ate barbecue and wings, sampled drinks and cigars and posed for pictures with members of the International Bikini Team.

Event organizers were unsure when the first Stag Luncheon was held, but said it dates back to at least 1941. In 2019, the last year the event was held — the virus canceled last year’s festival — about 1,500 men attended. Due to the pandemic, the event was limited to 550 this year.

Anna McKenna, event co-chair, said organizers didn’t get the go-ahead until mid-March. She said they consulted with Dr. Colin M. Greene, director of the Lord Fairfax Health District, about how to hold the event safely.

Although few attendees — they paid a $35 entry fee, $70 for VIP access — wore masks, McKenna said event organizers took into account the need for social distancing. The dunk-tank, where attendees could throw balls to knock Bikini Team members into, was scrapped due to health concerns. That disappointed the guys, but not team member Minerva Flores. With temperatures in the mid-60s and wind gusts of 45 mph, she said she was in no mood to be dunked, but enjoyed mingling with participants.

“It’s just nice to get out,” said Flores, who attended the 2019 event. “Everyone’s happy to get out of the house.”

For many, it was a chance to catch up with old friends.

Like Charlottesville resident Kenny Weaver. He graduated from Shenandoah University in 2006 and played free safety and returned punts for the Hornets football team from 2001-04. He’s attended every Stag Luncheon since 2001 and always looks forward to seeing his ex-teammates.

“This is one of the only times we can get together. We’re all over the place now,” said Weaver, a health and physical education teacher with Loudoun County Public Schools. “It’s good to get some type of normalcy. It’s not the same obviously, but you still get to see your friends and comrades and talk about the past like we normally do. The way things are going now, you just don’t get that anymore.”

The camaraderie Weaver enjoyed is what the Stag Luncheon is all about, according to Philip Pate, an event volunteer since about 1990. He said it’s especially important given the disruption and trauma the pandemic’s caused. Pate said participants won’t recall much of what they said Friday, but will remember how good it was to see one another again.

“Half of what I say is meaningless. I say it just to reach you,” Pate said quoting from the John Lennon song “Julia” on the Beatles’ White Album. “The essence of humanity is people who want to connect with other people.”