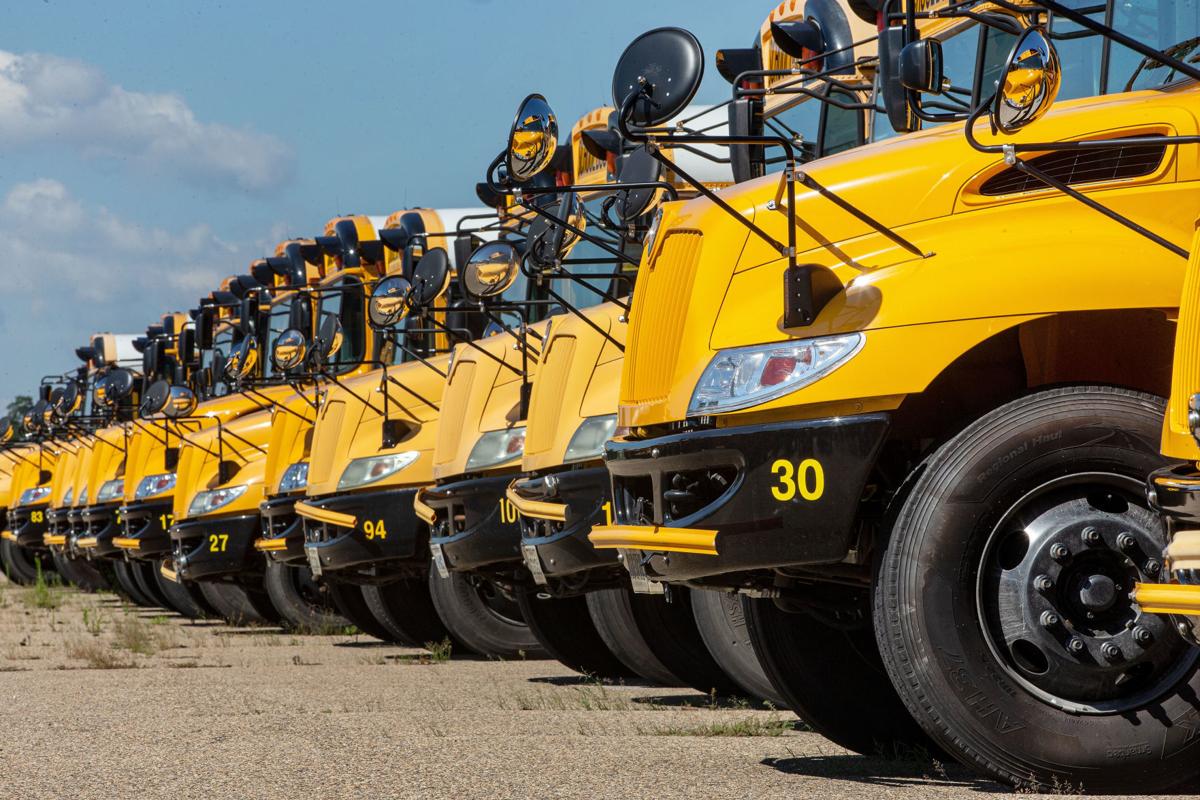 Buses line up outside the Central campus for Shenandoah County Schools. The new school year will start Aug. 31 but instead of the hybrid model of learning where some students attend school for part of the week, the division is moving to an all-virtual model for the first nine weeks of school, it was announced Wednesday. 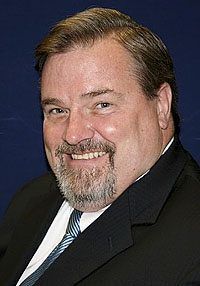 The Shenandoah County School Board voted unanimously Wednesday to push the first day of instruction from Aug. 17 to Aug. 31.

At the start of the meeting, public comments were heard from 12 different people, most of whom were teachers asking the School Board to not only push the start date back but to also open schools all-virtually.

The only item on the agenda for Wednesday's meeting was whether the start date should change. After the plea from teachers, a discussion ensued of whether the division should open schools with the hybrid plan - a mix of in-person and virtual learning - that was approved in July or start the year all-virtually. The meeting lasted for over three hours and no decision was made to change from the hybrid plan.

Shenandoah County Public Schools Superintendent Mark Johnston said there are two options that they have –  the hybrid model they approved or all-virtual. He said that he would like to talk to each of the School Board members individually and make a decision based on their input.

"When you accepted the plan to reopen, we had virtual components and we had hybrid components," Johnston said. "We knew that it was accepted that there would be times potentially when everything would be virtual. So it would be my view that we could make that call whenever we're ready to make that call. The question is when? I'm not going to make it without the majority support. I think it can be done through a consensus. I'm not sure where everyone stands on it. I'm not going to make that decision without the majority of support."

One idea that was brought up during the meeting was to start all-virtual and then re-evaluate in six weeks with the possibility of switching to the hybrid model three weeks later.

The meeting started with comments from the public both virtually and at the School board office.

"Although I'm young and healthy, I do not feel comfortable in school in-person at this time," Rhoads said. "I am concerned about carrying the virus to others around me, especially those with a health condition. I question how effectively we can keep distance between all of our students and even our faculty. In a virtual setting, we do not have to worry about those issues. Therefore virtual learning until it is safe to return in person is the rational decision to make for this upcoming school year."

Not everyone who spoke was for all-virtual learning. Beverly Gooding said she has two students in schools and feels it's important that they get back in the classroom.

"My viewpoint is that solely of parents with students in the high school," Gooding said. "As I listened to these other speakers the word I keep hearing is fear, and fear of the virus seems to be ruling everyone's thoughts. But I have heard very little if anything on how this closure is hurting our students. Every student I've talked to, every student I see, and I've had several in my home, is dealing with depression and anxiety that's stemmed out of the lack of normalcy in their lives.

"...We've got kids that are suffering and they need their teachers face-to-face. If for no other reason than to know that life is going to be OK. Their mental health has to be a consideration of the board."

After hearing from the community, Johnston and Gabby Ryman, the assistant superintendent of teaching, learning and innovation, each gave a presentation to the School Board.

Johnston went over all the considerations for going hybrid and going virtual and told the board what factors he has looked at in trying to make a decision. He had charts with data from the Virginia Department of Health and the Lord Fairfax Health District.

He said several times that he wasn't trying to persuade anyone in any direction but was simply giving them some facts that they could use to form an opinion.

"Our primary function here is the health and safety of our kids and staff," Johnston said. "We're part of an organization that's important, but if we can't ensure the health and safety of students and staff then we need to come to that agreement, and I'm going to assume that that's true of all of us. The second thing is it really boils down to what is your tolerance for risk? We know there will be infections. So how much is too much?"

Johnston said that if they stay with the hybrid model that they approved in July there's no guarantee that less than a week in that they won't have to shut down schools due to a COVID-19 outbreak.

"If we have one death are we willing to accept that risk, because that's really what this comes down to," he said. "I don't know. I don't have a crystal ball. I can't tell you what's going to happen 10 minutes from now. All I can tell you is what I read from the data I look at. It's possible we'll have a case that first day, it's possible we won't."

Ryman then gave a virtual tour of what the virtual part of a student's life would look like. She said that teachers, who started back on Monday, have already begun learning the new learning management system Schoology. She said they were already making progress learning it and it would be important for teachers throughout the school division to work together and share ideas.

Each of the School Board members then took time to ask questions of Johnston about the pros and cons of all-virtual and in-person classes.

During the question and answer session, Johnston said that the school bus routes have not yet been determined, but they are working on it and hope to have it decided soon.

He also said that they are working with Shentel to try to give every family internet access that needs it in the county.

Shenandoah County School Board member Cynthia Walsh said as a parent she was torn on whether students should go back in-person or do it all-virtually.

"I want kids to go back," Walsh said. "I want them to go back in person. I want them to go back on August (17th), but what I want as a parent I have to weigh against the reality of the situation right now. There's just so much uncertainty. If we send them back and then they're out two weeks later because there's an outbreak that's just more uncertainty. So at some point, we have to make a decision and stick with it for a good amount of time."

Shenandoah County School Board member Marty Helsley said that he's worried that many families in Shenandoah County are turning to homeschool or putting their kids in private schools and are frustrated with public schools. He said it's important to let parents know as soon as possible when school starts and how it will start.

"We need to give them tonight a starting date for school," Helsley said. "And we need to keep it firm. If it's the 31st we need to go with the 31st. We're not going to back down for two more weeks whether we go virtually or the hybrid that we planned. I hope I can make that call tonight, so the parents will know, do they need to get daycare if we go virtually on the 31st for the first nine weeks? I think they have a right to know."

With the change to start school on Aug 31, teachers will have professional days until Aug. 28. The last day of school is still scheduled for May 27.

The link to Wednesday's meeting can be found on YouTube at https://tinyurl.com/y2fgj65h