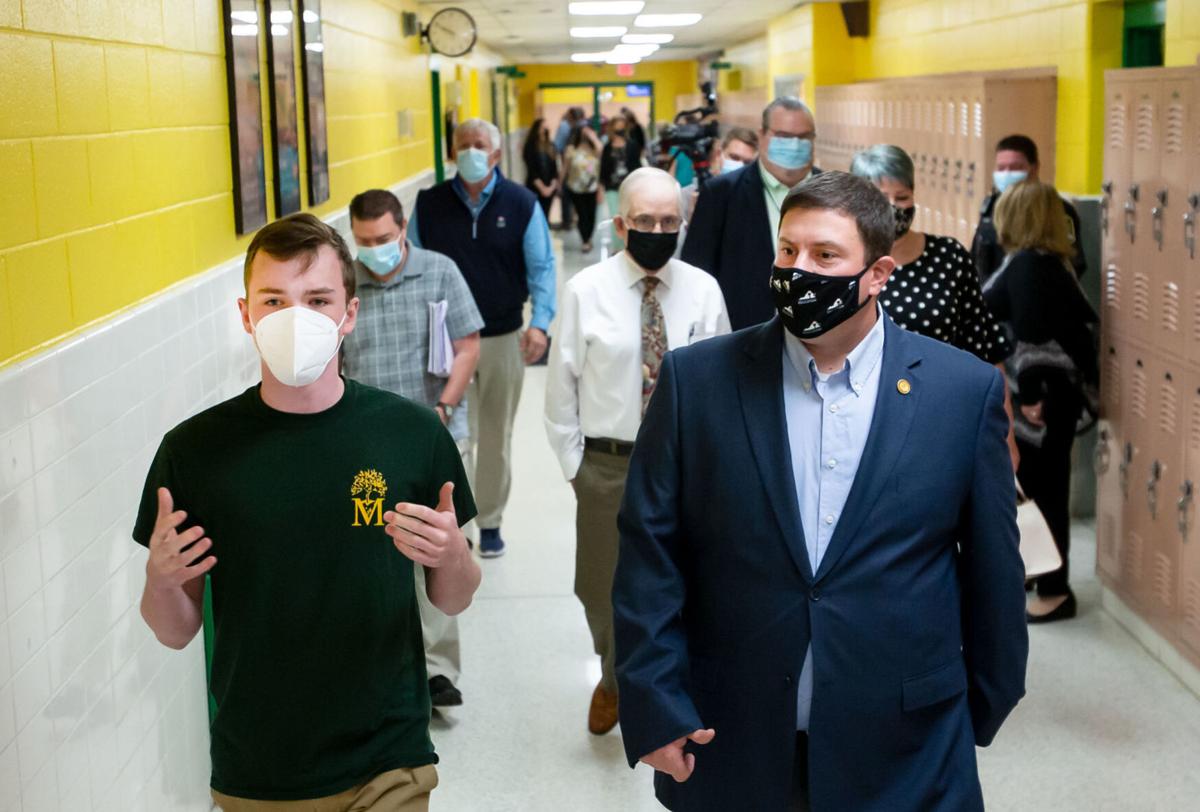 Hayden Kirwan, 18, left, a student at the Massanutten Regional Governor’s School, leads James Lane, right, Virginia superintendent of public instruction, on a tour through the halls of Triplett Tech on Monday morning in Mount Jackson. 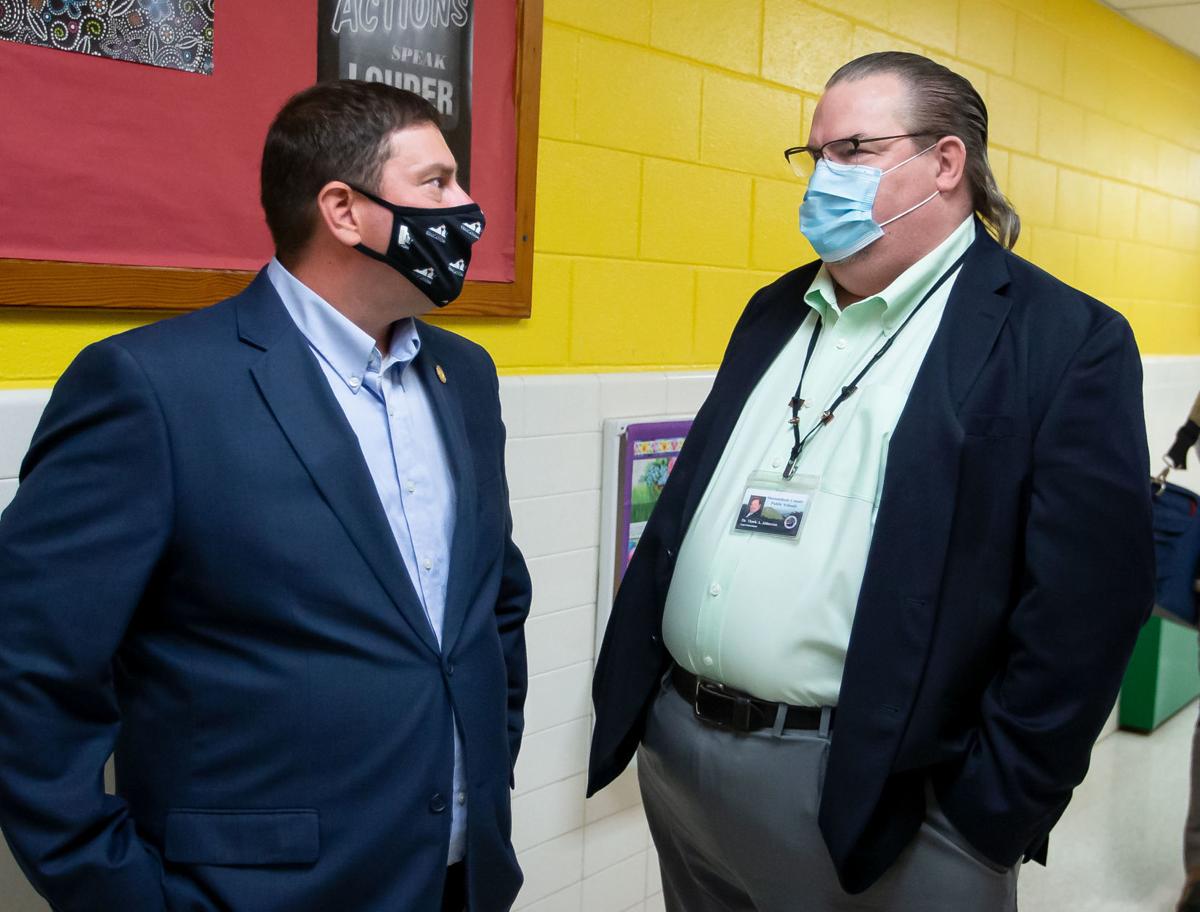 Hayden Kirwan, 18, left, a student at the Massanutten Regional Governor’s School, leads James Lane, right, Virginia superintendent of public instruction, on a tour through the halls of Triplett Tech on Monday morning in Mount Jackson.

MOUNT JACKSON – Virginia Superintendent of Public Instruction James F. Lane made a promise three years ago to visit every school division in the commonwealth and on Monday he visited Shenandoah County Public Schools.

"This is my first visit to Shenandoah (County)," Lane said in an interview after his tour. "I've heard for years some of the amazing things going on. So I'm just excited to be here and see everything that they're doing."

They showed him the solar panels, which the schools are powered on. Lane was also shown two classrooms, culinary arts and health care science, where students were being given classroom instruction.

Lane was then shown to the cafeteria, where the school division made a short video presentation of some of the strong attributes of the division.

"I've been wanting to get to Shenandoah a long time," Lane told a room of approximately 25 people in the cafeteria. "I was impressed."

Lane said what impressed him the most was how innovative Shenandoah County schools have been.

"One of the things that I'm impressed with is how our school divisions are constantly trying to innovate and think of newer, more creative ways to engage our students," Lane said. "It's clear here at both the Governor's School and at Triplett Tech that they're doing that and the kids have amazing opportunities to learn in really cool and different ways, which I like."

Johnston said he felt like Triplett Tech and Massanutten Regional Governor's School was the perfect place to show what the school division is doing.

"It features a lot of what we have to feature in Shenandoah County Public Schools," Johnston said. "The Bio Medical Academy we have up at Central High School. The engineering program at Stonewall. We're very fortunate. Strasburg just put in a recording studio with the Moore Grant funds. Just all those kinds of opportunities to enrich kids' experiences so that when they go into a career they're better prepared."

Johnston said one of the big things that the school division tries to do is not only prepare kids for college but for the average workplace as well.

"It's not just about college now, it's about careers," Johnston said. "And making sure kids are ready for careers even if they're headed for college – to be sure that they've got those experiences to be informed."

Lane, who was at Page County earlier in the morning and left Shenandoah County to visit Clarke County, said that he was impressed with the solar panels.

"This school is fully powered with solar power," Lane said. "And I love when our school divisions are thinking differently not only by instruction but with how to be more efficient with their resources."