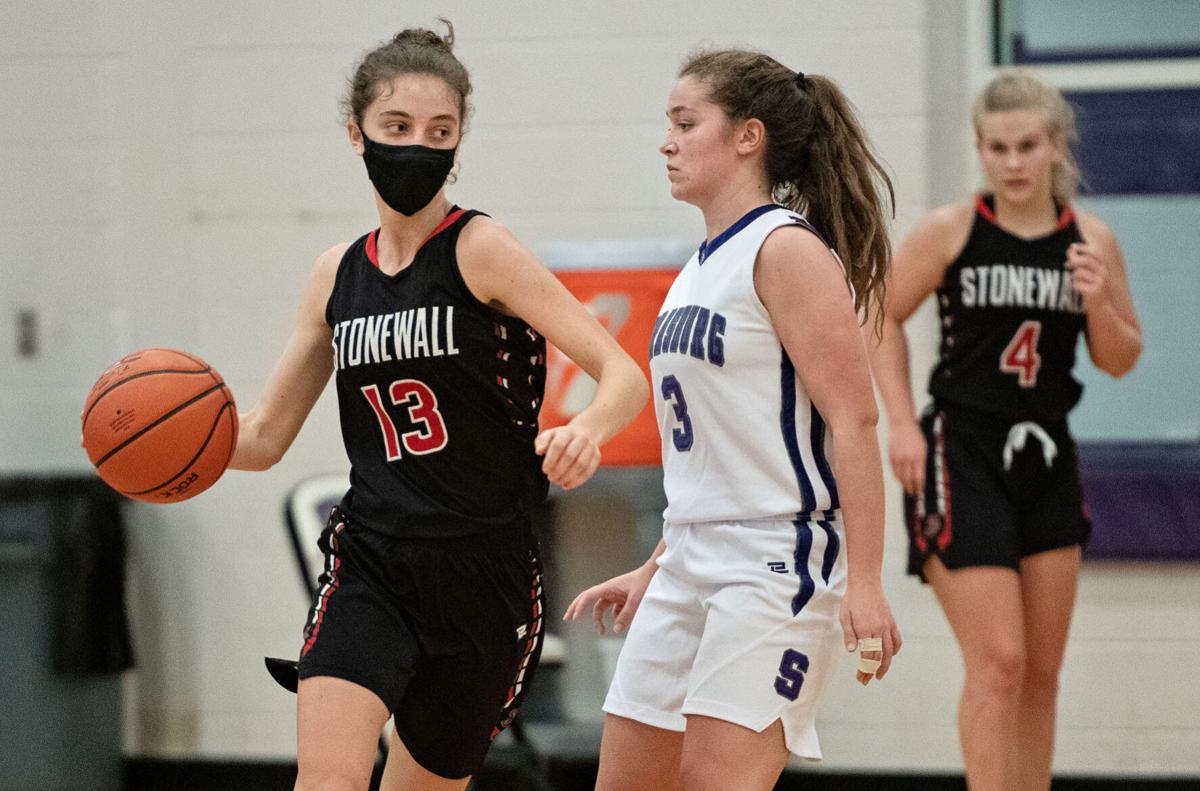 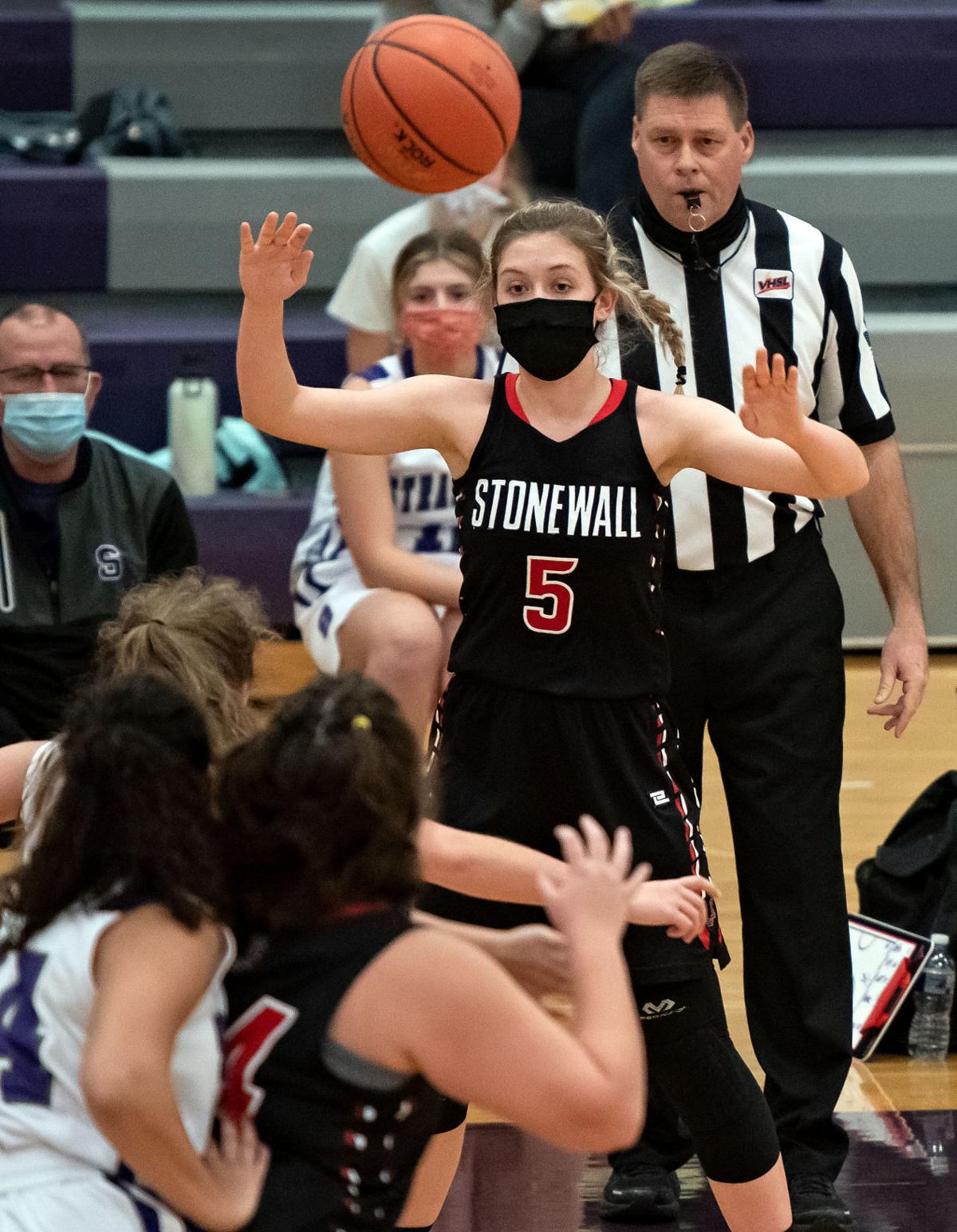 QUICKSBURG — Annika and Eli Dellinger are a little easier to recognize on the basketball courts this season.

The Stonewall Jackson sisters are wearing masks even while playing in the games. The Virginia High School League is not requiring athletes to wear masks while they are physically playing or practicing, but every athlete has to wear them when they are on the bench or not physically in the game.

Annika, a sophomore, and Eli, a senior, said there were many different reasons they chose to do it, but mostly they just felt like it was the right thing for them to do. Eli Dellinger said that she works at a doctor’s office and didn’t want to potentially bring COVID to her workplace.

Annika Dellinger said that it hasn’t been an issue for them.

“I feel like it’s not that much different for me,” Annika Dellinger said. “I don’t really feel like it inhibits my breathing much, and if it were inhibiting my breathing a little it’s like having coronavirus would inhibit it more.”

Eli Dellinger said they started wearing them when the VHSL announced that they had to and even when the VHSL changed position they decided to keep going with it.

“In the beginning, we both kind of wanted to wear the masks,” Eli Dellinger said. “But we were like. ‘oh I don’t know if we should. Everybody’s going to be like what are they doing?’ But the fact that we have each other makes it a lot easier.”

Both sisters said that it’s a lot better doing it together.

“I think it would be pretty hard if one of us decided we weren’t going to do it,” Eli Dellinger said. “So the fact that we have both of us doing it makes it a lot easier. It just makes us not look like the ugly duckling.”

Sophomore Mya Councill and senior Kylene Franklin said they think it’s great that Eli and Annika Dellinger are doing this.

“Honestly, I think that they’re really strong for that,” Councill said. “I don’t think I could personally do that for myself, and I feel like a lot of the other girls couldn’t do it either. I feel like they’re just taking their part in this. And I think props to them because they’re keeping us safe and theirselves safe and they’re keeping us good so we can keep our season going with corona.”

Annika and Eli Dellinger said it was hard at first, especially at practice, but they got used to it.

“It’s one of those things you get used to like a new pair of shoes,” Annika Dellinger said. “You’ll get blisters the first time, but after that you’re good to go.”

Both players have made big impacts on the team, which is off to a 3-2 start this season and said the masks haven’t affected their play at all.

Stonewall Jackson girls basketball coach Jeff Burner said he is fine with the decision the Dellinger sisters have made.

The sisters said that they know it’s a difficult decision to make and if others on their team or on other teams are considering wearing one, maybe seeing them wear it will help.

“I know if I didn’t have her I’d feel a lot more nervous about it,” Annika Dellinger said. “So if other people can see us doing it maybe they’ll feel better about doing it themselves.”