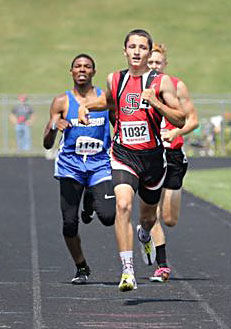 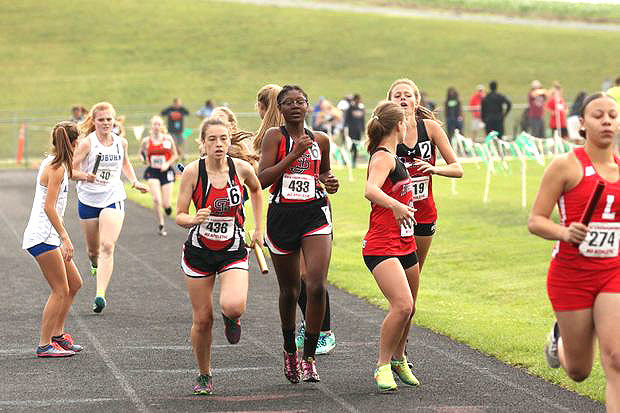 Stonewall Jackson senior Ella Hervo-Smith said there was one life lesson in particular that she learned from her time in the school’s track and field program, one that the late Dick Krol, the former longtime head coach who passed away last October, frequently preached to his athletes.

“He always taught us that no matter what obstacles you come over, or no matter how hard it is or how much it pushes you down, you always have to get up and overcome it because nothing is more overpowering than yourself,” Hervo-Smith said recently. “You can do anything you put your mind to, and as long as you think positive, positive will happen.”

Stonewall’s track and field seniors, like so many others, had their final high school seasons canceled by COVID-19 before they could even compete this spring. But at least three of those senior Generals – Hervo-Smith, Oczkowski and Gonzalez – said they’re tackling the latest hurdle with a positive approach.

“You really can’t change what happened,” said Gonzalez, who spent four years in Stonewall’s varsity track and field program alongside Hervo-Smith and Oczkowski. “Yeah, we lost our track season but some of the best memories I have from high school come from the track, so I’ll always have those to look back on.”

Gonzalez qualified for and competed at the Class 1 State Championships in each of his first three seasons with Stonewall’s track team. His favorite memory, though, came at the Stonewall Jackson Invitational during his sophomore season in 2018, when the Generals’ boys 4x800 relay team, of which Gonzalez said he ran the first leg, edged county rival Central by just over two-tenths of a second.

“We actually won by like a split second,” Gonzalez recalled. “It was pretty great because we were kind of rivals and we really wanted to win, and they were really good and we didn’t think that we could beat them. But we ended up doing that.”

Hervo-Smith and Oczkowski both said their favorite memories are less specific moments and instead are a collection of their achievements over the past few seasons. For Oczkowski, she recalled qualifying for the state meet in the 1,600-meter run and the 4x800 relay in 2018 and 2019 and the celebrations with her team. Similarly, Hervo-Smith said her favorite memories were qualifying for the state championships with the 4x800 relay team in each of the past three seasons.

Stonewall track and field head coach Mary Clanahan, also the school’s head cross country coach and formerly a longtime assistant in the track and field program, said Gonzalez, Hervo-Smith and Oczkowski were “huge impact kids” and leaders that the program’s other athletes could look up to.

“Truly, we’re gonna miss them as individuals,” Clanahan said. “Their impact on our program for the past three years, what they gave us was insurmountable.”

Additionally, Clanahan said Barnes, a newcomer, was turning out to be a “phenomenal” sprinter this preseason, and added that Gonzalez-Cordero, a transfer last season, was a standout hurdler for the boys team.

Adams contributed to the girls team in the 400 and the 4x100 relay, Clanahan said, and the head coach added that she had “no doubt” that Pilkerton, another one who is still relatively new to the sport, was going to qualify for the state meet in the 3,200 this spring.

“The people definitely made the team and made the sport a lot better,” Oczkowski said. “A lot of my friends do track as well and we also (competed since) eighth grade, ninth grade, so we’ve had that sport to kind of keep us all together throughout high school. I think last year it really connected us more and we grew closer as a group. That was good.”

Hervo-Smith noted that Stonewall’s track athletes were always pushed to do their best no matter what obstacles stood before them.

“We always came together as a team and encouraged each other, worked hard together,” she said. “It was like a one-person sport but if you got to know us on a personal level we were basically like a whole family.”

The importance of that familial aspect was one of the biggest lessons Oczkowski learned during her time on the track team.

“I learned that you have to sometimes rely on other people. It’s OK to have help,” Oczkowski said. “I think that comes from when you’re doing track, you can move on by yourself but you can’t win a meet without your team.”

Gonzalez had his sights set on a personal record in the 800 and was trying to drop his time below 2 minutes, 10 seconds this season, he said. But part of him was also seeking closure to his high school track career.

“Even through middle school and stuff I was kind of looking at my senior season as like it should be my best and everything should be left on the line,” Gonzalez said. “It’s a little disappointing to not get that closure that I kind of wanted.”

Hervo-Smith, who also ran cross country and played basketball for Stonewall, said her track and field experience was the pinnacle of her high school sports career.

“It was basically the best three and a half years of my life, since I didn’t get to finish out the season,” Hervo-Smith said. “It was basically my favorite sport and I would probably die for it.”