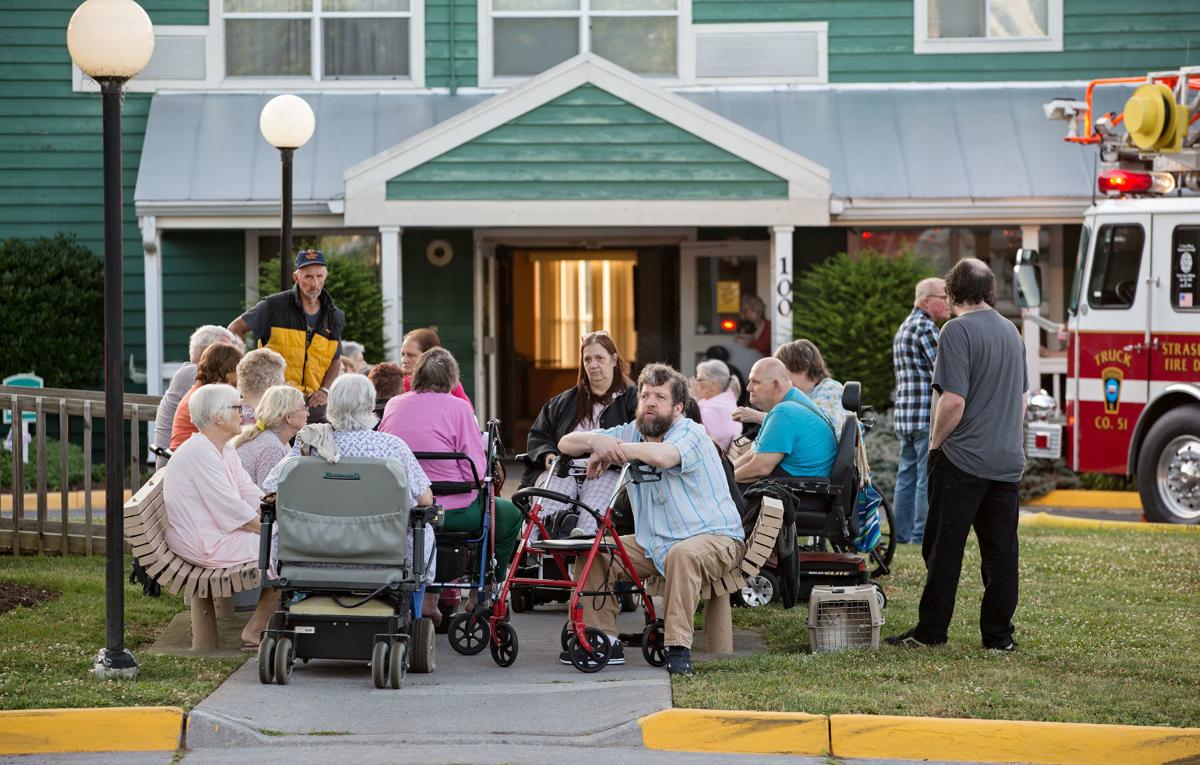 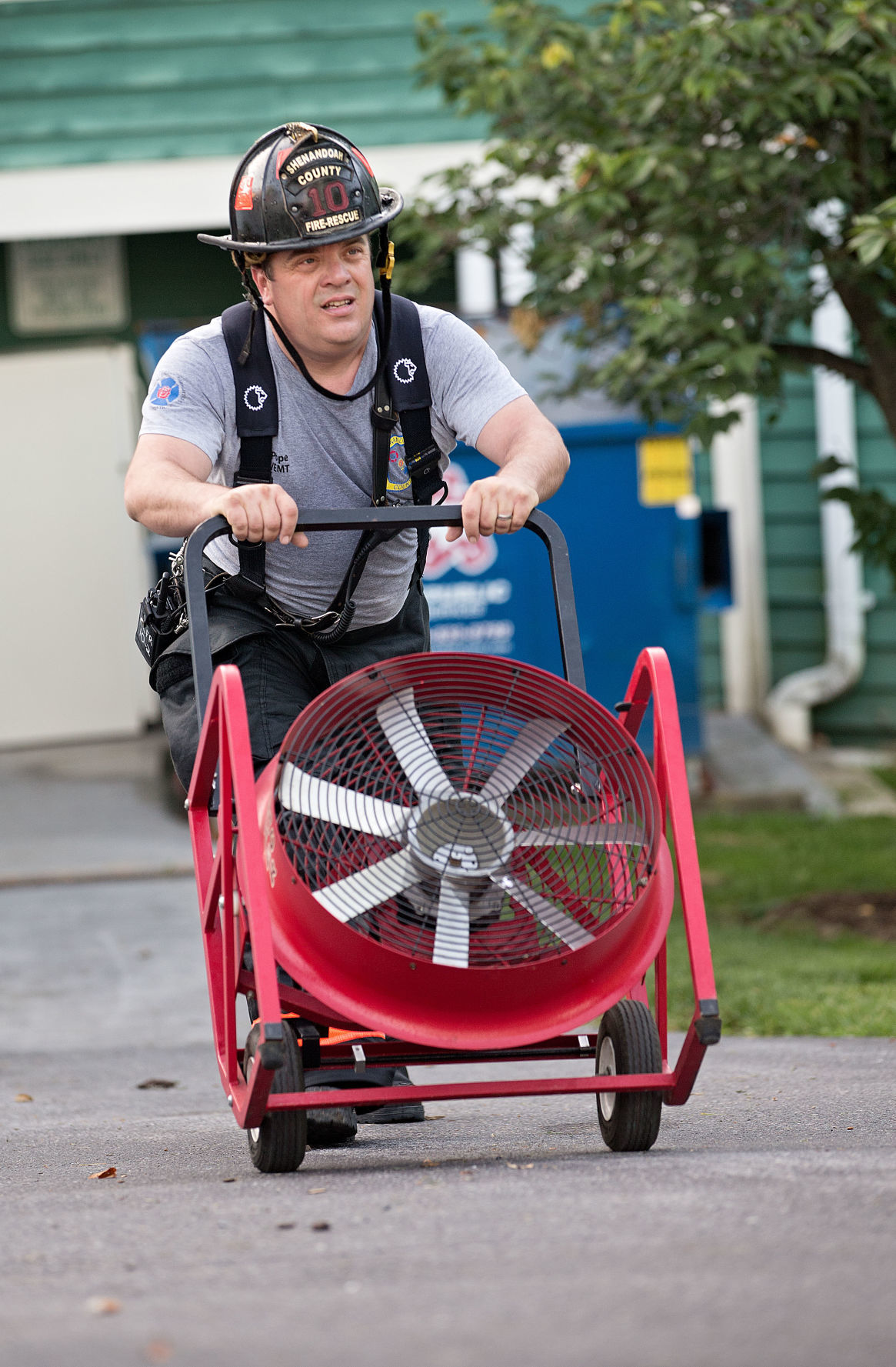 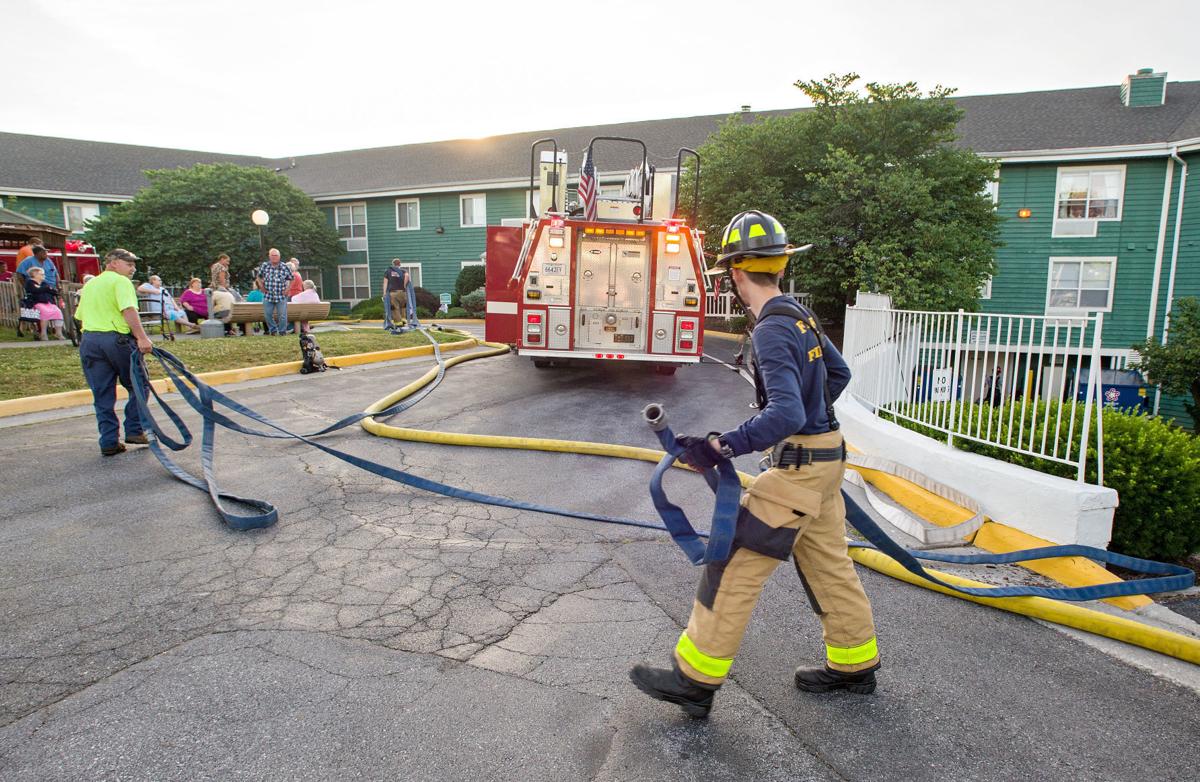 Firefighters gather hose line outside Massanutten Manor Apartments in Strasburg after the fire.

Firefighters gather hose line outside Massanutten Manor Apartments in Strasburg after the fire.

A 72-year-old Strasburg man died Wednesday as a result of injuries he sustained in an early morning fire that appears to have started as he was smoking while using an oxygen tank, investigators said.

Strasburg firefighters were the first to arrive at the scene but many departments soon joined them.

Shenandoah County Fire Marshal David Ferguson said the deceased man suffered from numerous medical issues and had just been released from an area hospital the day before the fire.

The man was transported to Winchester Medical Center where he died mid-morning, Sheets said.

Shenandoah County Department of Fire and Rescue Deputy Chief of Operations Bill Streett said firefighters found the man in a recliner in the living room of the ground floor apartment where the fire started.

“When the crews arrived, they found smoke outside the ground floor apartment. They entered and found one occupant inside. They did perform a rescue,” Streett said, adding the man had burn injuries.

At least 50 residents were evacuated by fire crews while they fought the fire and cleared the smoke, Streett said.

Fire damage to the apartment where the fire started was contained to the recliner and the oxygen device, according to the fire marshal’s office.

About six nearby apartments suffered water damage as a result of the sprinkler system.

Ferguson said there are about 100 residents who live in the structure, many with disabilities.

“I am impressed with the response of fire and rescue. Their response made a difference in saving lives,” Ferguson said.

Both Streett and Ferguson said the sprinkler system prevented the fire from spreading to the other apartments.

“Sprinklers do save lives but not everyone can afford to have one,” Ferguson said.

Ferguson suggested everyone should have smoke detectors and if they cannot afford one to contact the Shenandoah County Fire Marshal's office at 540-459-6167 to receive a smoke detector free of charge.

After extinguishing the fire, firefighters remained on scene to clear out the smoke and ensure air quality, Streett said.

Residents were eventually able to return to their apartments by 7 a.m., Ferguson said.

This is the second fire in three days as a result of smoking, Ferguson said.

A fire was reported at 2:45 a.m. Monday at a group home in the 100-block of Shanell Drive in Mount Jackson, he said.

The fire started outside of the front of the home where one caregiver was watching four clients. It appears an ashtray had overfilled.

Ferguson said a neighbor noticed the fire and alerted those in the home. The caregiver grabbed a fire extinguisher inside the home and put out the fire before first responders arrived.

It could have been much worse. The only ramp at the home was in the front where the fire was and the clients in the home could not make it down the steps at the back of the home, Ferguson said.

In a prepared statement, Sheets advised people who do smoke to smoke outside, to keep cigarettes and lighters out of the reach of children and to never smoke, or allow anyone to smoke, around medical oxygen.

He also advised using a deep and sturdy ashtray that is away from anything that can burn. He wrote in the statement to never throw cigarettes in vegetation, such as mulch, potted plants or landscaping material.