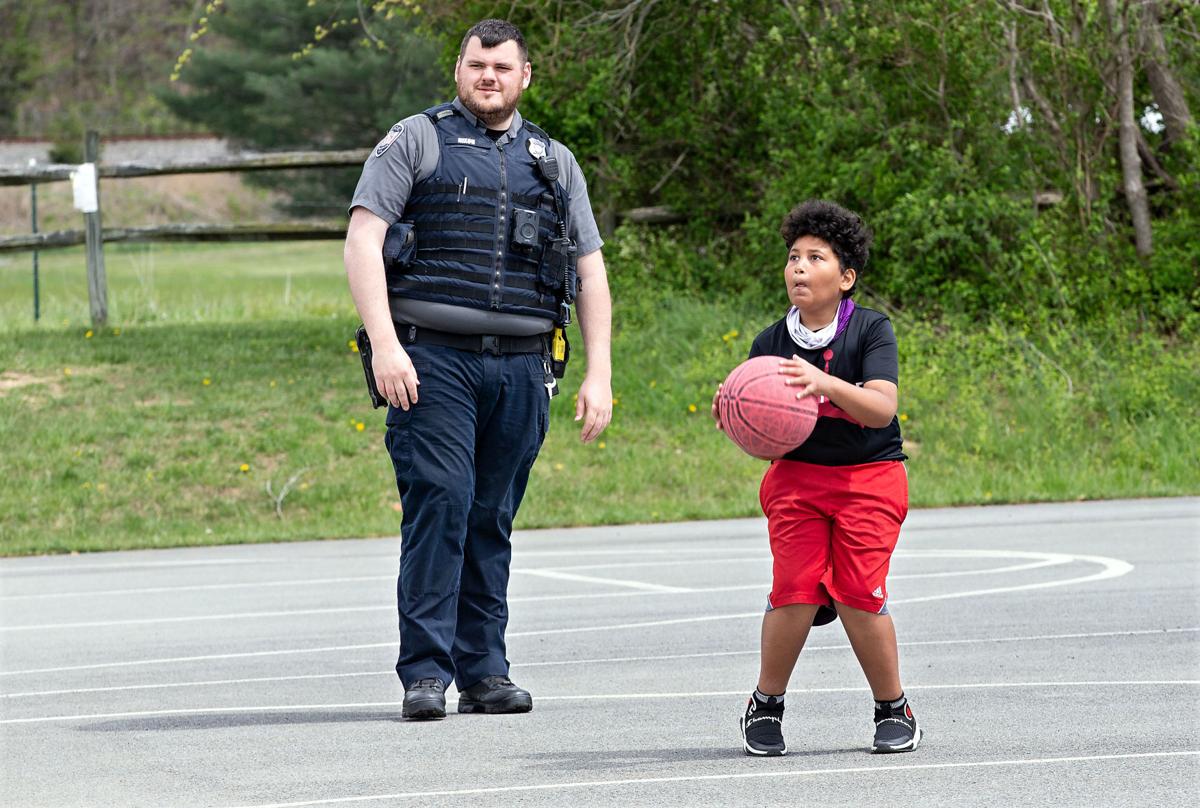 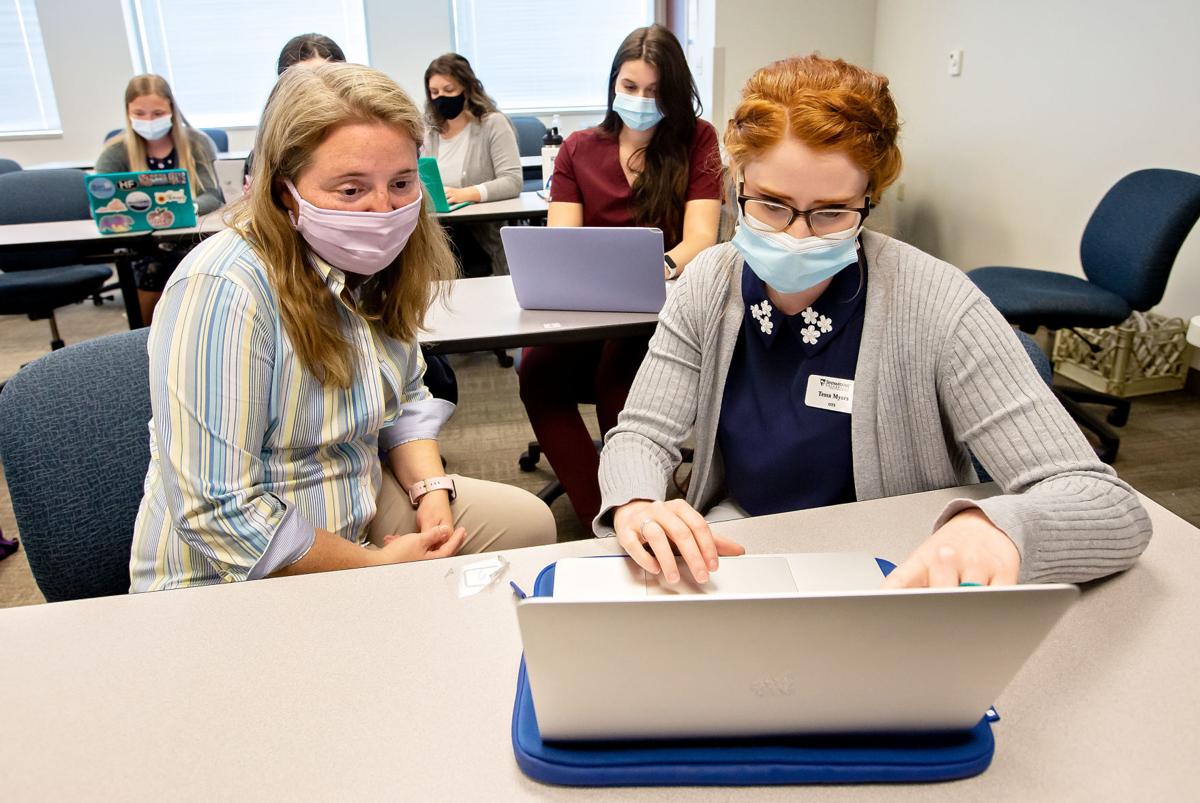 While police around the nation are grappling with how to do their jobs in the wake of interactions that have resulted in deaths and demonstrators taking to the streets, a group of Shenandoah University students has been studying the impact of community policing by focusing on the Town of Strasburg.

The reactive calls are those that police are typically involved with. That is, making arrests, handing out citations and responding to emergencies. The proactive calls are ones in which a police response was not needed, and they were out in the community at the time handling other matters.

The difference between those two groups of data? Wayne Sager took over as chief of police in 2017 and has stressed the importance of community policing, Lutman said. Reactive calls back to 2016 were looked at to determine that strategy’s impact, Lutman said.

“Chief Sager and I were working on an autism project together and I happened to mention the results of the previous study to him and he told me that he strongly supports community policing in the Strasburg community,” Lutman said.

Bridging the gap between first responders, after they receive training on how to interact with those individuals, and the community is something that’s needed to prevent negative results from an interaction involving the two, Lutman said. So studying community policing was the next logical step and it was pure coincidence that she chose to study it with everything that happened last summer, she said.

“And then...yeah, everything just exploded,” Lutman said of the massive protests following the death of George Floyd. Former Minneapolis police Officer Derek Chauvin was found guilty of murder and manslaughter in Floyd’s death this week.

Among the survey results, officers said community policing is a positive component of the job. One officer states, “When I first arrived at the department, for the most part the town had a negative view of SPD. I started to notice...the next couple years Chief Sager emphasize community policing in our town and noticed a shift where the town started to be more comfortable with the PD.”

Another officer stated when law enforcement normally interacts with the community, it’s usually during a negative interaction or crisis, “so it’s important to have a positive outreach.”

While community policing is great for the department’s image and makes people more comfortable with people approaching them, one officer noted that not everyone approaching police have the intent of being kind. “Being approachable makes us take our guard down and that’s how we get hurt,” that officer stated. “Complacency. It’s a double-edged sword.”

Lutman states in an email that officers noted significant changes in future interactions during times of crisis due to their prior positive interactions with individuals in the community.

Among the responses, many common themes were identified, including that of the socio-cultural climate making it difficult to be an officer, the training and responsibilities an officer must maintain to make good decisions, and how community policing allows officers to advocate for themselves, Lutman shared.

“For officers to be willing to open up to us in a time like this is significant,” Lutman said.

In a group interview with the six researchers at the school’s Winchester Campus/Health Profession Building at the Winchester Medical Center, the students appreciated the ability to speak with the officers directly and hear from them their take on policing. The students shared with the Northern Virginia Daily their thoughts about what they found and how it factors into the current climate about policing.

“They can’t share their personal opinion,” Myers said was something officers deal with when responding to incidents As someone who prefers to hear about experiences first-hand and gather the research for herself, Myers suggested creating safe spaces that allow the officers to be in their role and more human.

Hansen echoed those sentiments, saying that it seemed like the officers enjoyed speaking out and it was beneficial to hear what makes a situation tense for them and what they look for in certain circumstances. Officers holding the door for people at a gas station, or playing basketball with kids is a way they can connect with the community, she said, as part of community policing.

The benefit of crisis intervention training as a tool for officers to interact with people dealing with mental health conditions, and the importance of preaching that tool from the chief down to officers, was a takeaway by Burns. The importance of addressing burnout among officers was recognized as a need by Van de Crommert.

Gholson, who is from Richmond where several demonstrations broke out following Floyd’s death, noted the small size of the Strasburg department and wondered what the results would be from a metropolitan area.

“Their experiences in bigger populations might alter what they think,” she said.

Gholson stated that it is intimidating to see an officer in uniform, and suggested having a less official uniform that still displays police or a badge for less-tense situations, like patrolling a park.

The big picture is that everyone needs to be educated on what a crisis looks like, Gholson said, adding that “the hope is to build a better relationship between us and the officers.”

Rocconi stated the research was tedious, but necessary.

Lutman acknowledged Gholson’s point, saying a larger sample size should be studied. Correlation doesn’t mean causation, she also acknowledged, as something else may have contributed to the decrease in reactionary calls. But there is something to be found with the research, she said.

Sager, who had not yet reviewed the results of the study when he was interviewed for this story, said community policing is a high priority for him, as is being approachable and accountable to the public. Officers are people, too, and while there may be bad apples in the profession as there are in every profession, a majority of officers want to serve and help the community, Sager said.