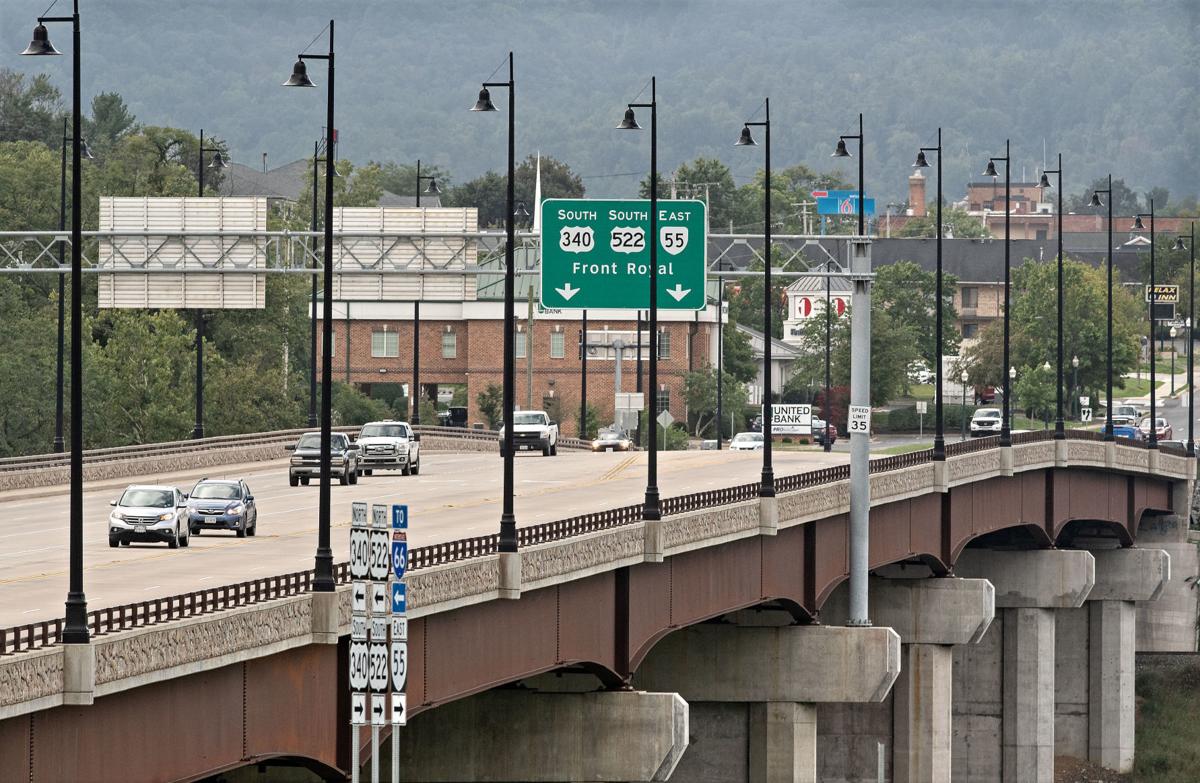 Traffic flows north over the South Fork bridge of the Shenandoah River in Front Royal earlier this week. 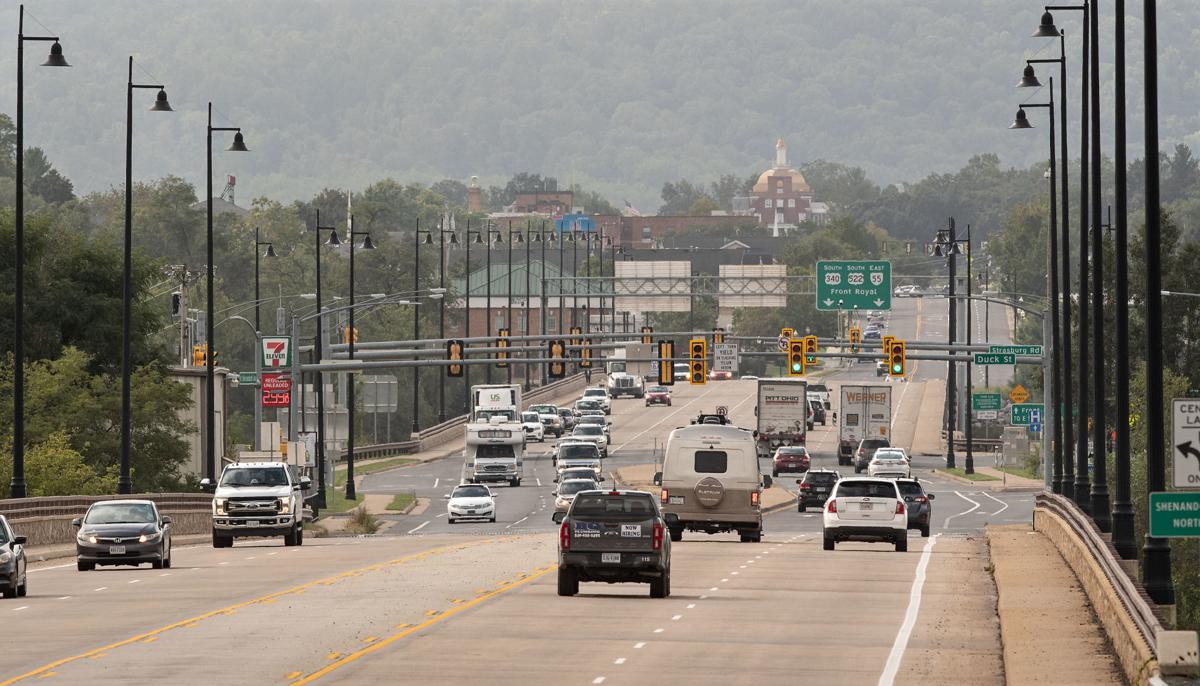 Traffic flows north over the South Fork bridge of the Shenandoah River in Front Royal earlier this week.

The bridges over the two forks of the Shenandoah River near Front Royal may soon bear the names of Revolutionary War figures.

The Warren County Board of Supervisors endorsed renaming the U.S. 340-522 bridge over the North Fork of the Shenandoah River for Gen. Daniel Morgan. A second resolution supports naming the South Fork bridge for Maj. Gen. Dr. Joseph Warren, the county’s namesake, who also fought for the colonies in the Revolutionary War. The names of the bridges are subject to final approval by the Commonwealth Transportation Board.

Supervisors adopted resolutions of support for the proposed naming of the bridges. The board voted on the resolutions as part of a block of items in the consent agenda approved without discussion.

The Rev. Larry Johnson spoke to the board during the public comment period about the effort to name the bridges. Johnson thanked supervisors for their help in supporting the effort led by several area residents and groups such as the Sons of the American Revolution and the Shenandoah Christian Alliance. Johnson noted that Warren County is named after Maj. Gen. Dr. Joseph Warren, whom he called one of the greatest Revolutionary War heroes and one of the greatest soldiers in American history.

“But thank you so much for the support that you have given this project and I look forward to seeing the names go up on those bridges,” Johnson said. “And I look forward to the thousands of people that come across those bridges visiting our county, tourists who bring, hopefully, a pocketful of money that they want to spend here and asking questions about why, in this county, do we have names of bridges named for American Revolutionary heroes ...”

Johnson offered to help the county to develop informational materials for tourists explaining the bridges’ namesakes and the local history.

Virginia code authorizes the Commonwealth Transportation Board to name bridges, highways and interchanges. The state requires that the county cover the cost of any signs, which the Department of Transportation installs and maintains.

The resolution in support of naming the South Fork bridge after Warren identifies the military leader as a founding father of the United States of America. Warren was born on June 11, 1741, in the British colony known as the Province of Massachusetts Bay, in a neighborhood of present-day Boston. Warren graduated from Harvard College and then practiced as a physician and a surgeon in the Boston area, during which time he also became involved in politics. He served with the Massachusetts Patriot militia and ultimately as a major general in the Revolutionary War. Warren died on June 17, 1775, at age 34.

“Whereas, Dr. Joseph Warren was martyred at the Battle of Bunker Hill June 17, 1775, by British Forces seeking to silence his voice advocating American Independence,” the resolution states. “... Warren County recognizes Dr. Warren’s role as a Founding Father by adopting his name and the lowering of county flags on his birthday, June 11th.”

The Warren County School Board also has put up plaques in each facility to educate students on the military leader, the resolution states.

The resolution in support of naming the North Fork bridge states that Gen. George Washington commissioned Morgan to fortify Massanutten Mountain, an area of present-day Warren County, “where American Forces and its citizens would take a stand if English Forces ultimately prevailed in the northern Colonies and at the Village of York Towne.”

“Whereas, General Daniel Morgan, a renowned soldier and General whose war tactics that insured a major victory and a turning point at the Battle of Cowpens are taught still today in our war colleges and to our fighting troops, and whose bravery in the face of enemy forces and leadership brought great loyalty among his troops, insuring ultimate victory,” the resolution states.

Morgan was born in 1735 or 1736, historians say, in New Jersey. Morgan later settled near present-day Winchester and joined the Virginia militia. Early in the Revolutionary War, Morgan served with Col. Benedict Arnold’s expedition to Quebec as part of the invasion of Canada, where he was captured and held as a prisoner of war until he was exchanged in 1777. Morgan served in other campaigns and leadership roles before resigning from the military in 1779 and returned to Winchester. The British victory at the Battle of Camden in South Carolina compelled Morgan to return to military service. Morgan then led the Continental Army at the Battle of Cowpens in South Carolina that ended in defeat for the British forces.

The Biographical Directory of the United States Congress states that Morgan was born near Junction, Hunterdon County, New Jersey in 1736 and moved to Charles Town, Virginia, now West Virginia, in 1754. Morgan served with the Colonial forces during the French and Indian War and then as a captain of a company of Virginia riflemen during the Revolutionary War in July 1775. Morgan was taken prisoner while fighting British soldiers in Quebec as part of the invasion of Canada. Morgan rose through the ranks and served as a brigadier general in the Continental Army in 1780. He retired to his estate near Winchester at the close of the war. Later, he returned to military duty and commanded the Virginia militia to suppress an insurrection also known as the Whiskey Rebellion. Morgan retired again from the military and ran as a Federalist for a seat in the House of Representatives, losing his first bid but winning in 1796. He declined to run again, left office in 1799, and died three years later. Morgan is buried in Mount Hebron Cemetery in Winchester.

A statue of Morgan stands in downtown Winchester near his grave.