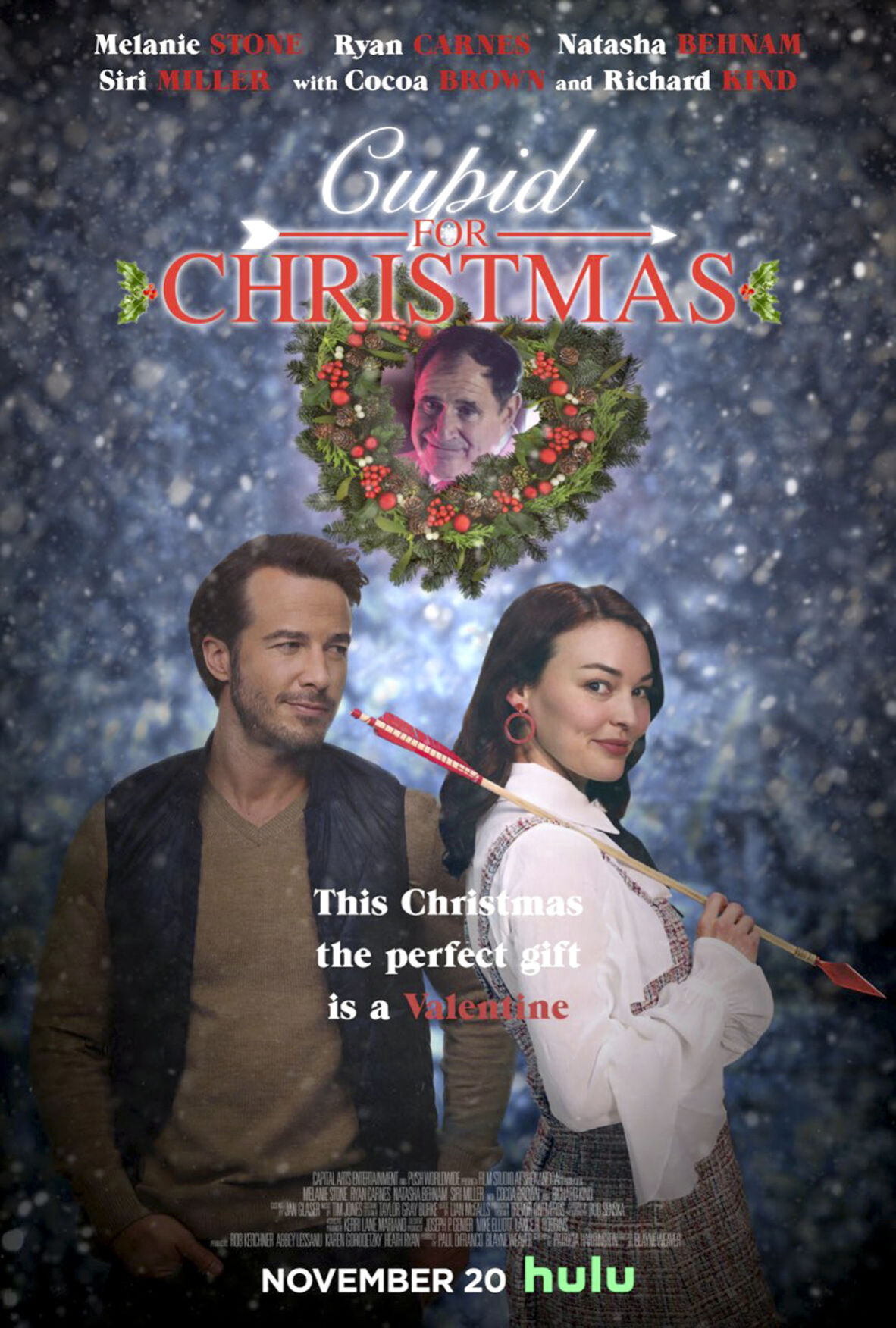 The promotional movie poster for the Shenandoah University-produced movie "Cupid for Christmas." 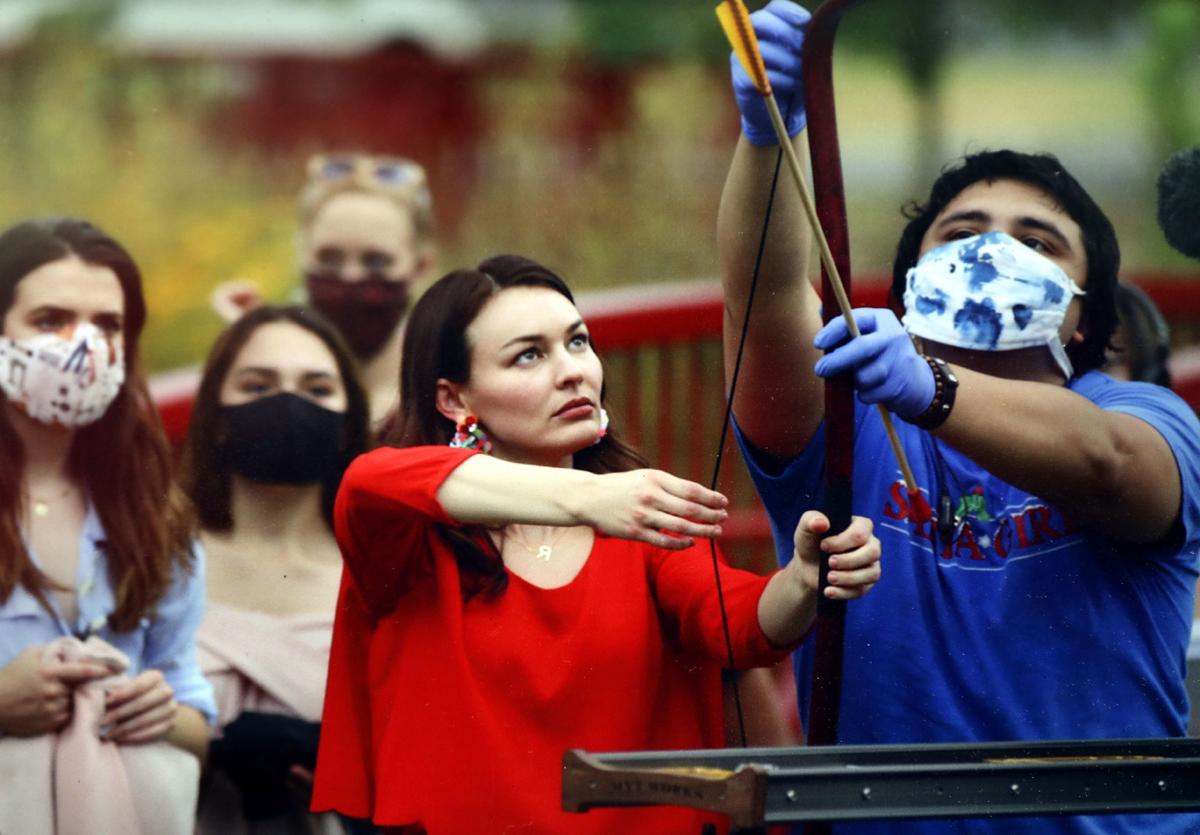 Actress Melanie Stone works with Shenandoah University student Trevor Ontiveros during the making of "Cupid for Christmas" in Winchester. 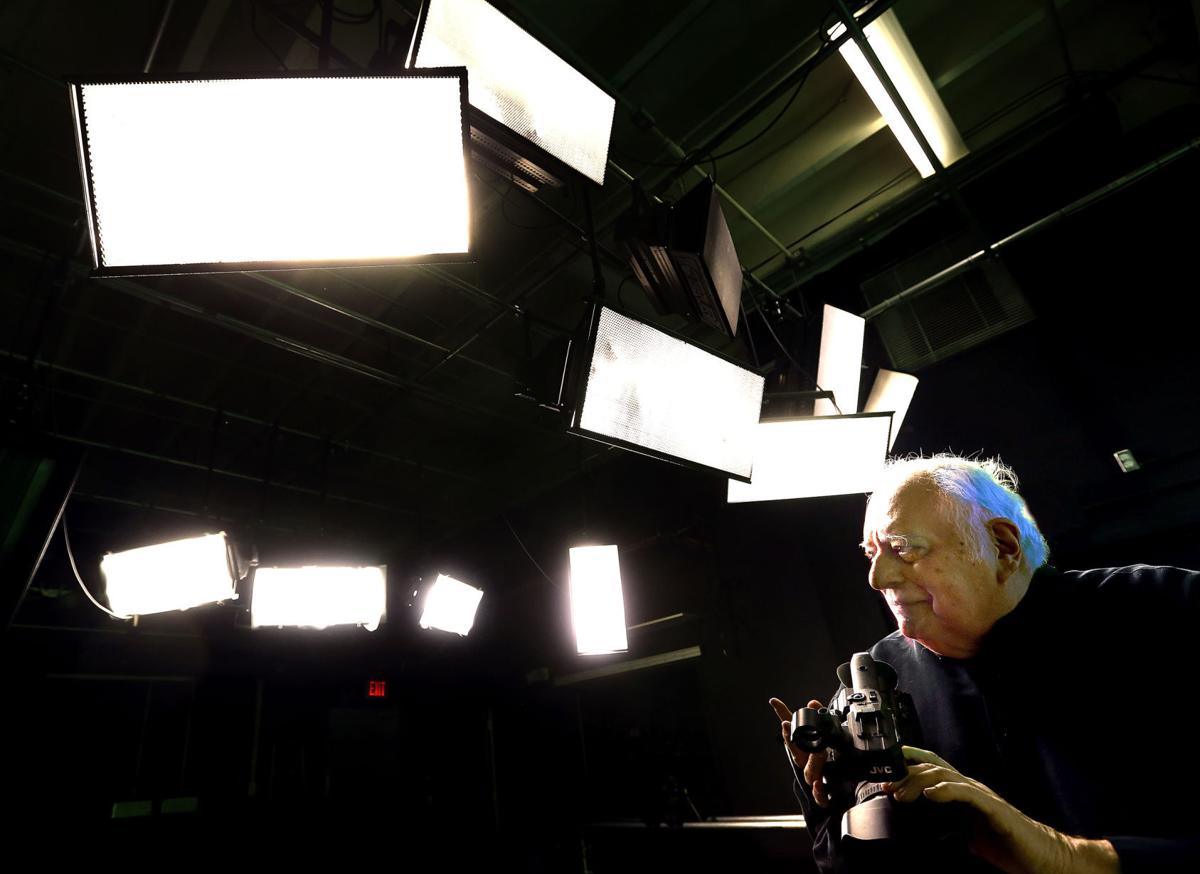 Shenandoah University Film Studio Director Paul DiFranco holds a video camera as he talks about the making of the movie "Cupid for Christmas."

The promotional movie poster for the Shenandoah University-produced movie "Cupid for Christmas."

Actress Melanie Stone works with Shenandoah University student Trevor Ontiveros during the making of "Cupid for Christmas" in Winchester.

Shenandoah University Film Studio Director Paul DiFranco holds a video camera as he talks about the making of the movie "Cupid for Christmas."

WINCHESTER — Cupid wants to retire but can't do so until he finds a worthy successor. He tells his apprentice that if she can make the world's most hapless man fall in love by Christmas, the job is hers.

That's the premise of "Cupid for Christmas," a movie produced by Shenandoah University (SU) in partnership with Capital Arts Entertainment that is currently streaming on Hulu.

"Cupid for Christmas" is a family-friendly comedy starring Richard Kind ("Mad About You," "A Bug's Life"), Melanie Stone ("Little Women") and Ryan Carnes ("General Hospital"), who are backed by a blend of professional actors, SU students and Winchester-area residents.

It is the second movie created by the university's The Film Studio at Shenandoah production company in partnership with the California-based Capital Arts, which provides scripts and financing. The first was "Santa Girl," which starred Barry Bostwick ("The Rocky Horror Picture Show," "Spin City"), Jennifer Stone ("Wizards of Waverly Place") and Devon Werkheiser ("Ned's Declassified School Survival Guide") and was released in August 2019 in select theaters and on the Netflix streaming service.

Both movies were produced by Paul DiFranco and directed by Blayne Weaver, two Hollywood veterans who have joined the faculty of SU's film production program in Winchester.

"One of the theories of our film-making process is to bring out five or six SAG [Screen Actors Guild] actors from New York or Los Angeles as leads, then everybody else, crew and cast, is students," DiFranco said on Tuesday while in his office in SU's Vickers Communication Center.

"The university has a lot of assets," Weaver added on Wednesday during a phone call from Los Angeles. "Shenandoah has an amazing conservatory so there's a great group of [student] actors to choose from."

On "Cupid for Christmas," the SAG actors are Kind, Stone, Carnes, Natasha Behnam ("American Pie Presents: Girls' Rules"), Cocoa Brown ("9-1-1") and Siri Miller ("Crazy White Chicks"). Weaver, who has acted in movies and television shows including "NCIS" and "ER," could also be included in that group because he appears in the film as a character named Fred.

"We've been very fortunate," Weaver said, because veteran actors like Kind and Bostwick have been more than willing to help the student actors and crew members hone their crafts. "But we're not making student films; these are movies that get distribution. The company is certainly not paying Barry Bostwick and Jennifer Stone to come to Winchester for an educational experience."

Weaver and DiFranco said there are numerous benefits to producing movies that mix professionals with film students. First, the productions are inexpensive, costing several hundred thousand dollars less than they would if everyone in the cast and crew was affiliated with a union. Second, since the films are cheaper to produce, SU and Capital Arts can turn a fast profit by selling them to streaming services such as Hulu and Netflix. Third, and most importantly, SU students who are part of the casts and crews can build professional resumes before graduating college.

"There are other universities in the country that do this kind of thing, where they'll make a movie a year or something like that. But normally what happens is, the movies just go away and never get released," Weaver said. "That's what's special about this [at SU]. This is real, practical experience where the [student] actors come out with something legitimate for their reels and have a real on-set experience working with professionals."

"It's actual film work, not sitting in a classroom," DiFranco added. "We want to make them employable in the film industry. That's the goal."

DiFranco is a pro at making quality movies on low budgets. He spent 11 years working for Roger Corman, an independent Hollywood filmmaker renowned for low-budget productions like "House of Usher" and "Bloody Mama" that served as training grounds for some people who went on to become entertainment royalty, including directors Francis Ford Coppola, James Cameron and Martin Scorsese and actors Jack Nicholson, Robert de Niro, Sylvester Stallone and Dennis Hopper.

The real fun for Winchester-area residents watching "Cupid for Christmas" is spotting all the local places and faces that appear in the film. Attorney Phillip S. Griffin is among the movie's extras, and some shooting locations used for the production were the Shenandoah University campus, the Loudoun Street Mall, the George Washington Hotel, OakCrest Properties and the Winchester Rescue Mission.

"The city opens its arms to us when we make one of these movies," DiFranco said. "I can't say enough about the city of Winchester."

Even though Winchester was accommodating, COVID-19 was a major obstacle to the production of "Cupid for Christmas." DiFranco said the movie, which was shot in July and August of last year, was the first production authorized by SAG to film in Virginia since the coronavirus pandemic began in March 2020.

"We hired a medical team, we set up with a lab down in Chester [near Richmond]. This was before we had easy testing and it cost $100 per test," DiFranco said. "SAG required that we test the actors before they got on a plane, when they got off a plane and then again every two-and-a-half or three days. We tested 320 times during a 17-, 18-day period and nobody got sick. Not one positive test."

Now that "Cupid for Christmas" has been released, DiFranco said Capital Arts wants to make a third movie with SU. What that film will be about is anyone's guess.

"I would love to do a scary movie, maybe something with a little more teeth to it," Weaver said. "But I love that the suits are happy with how things are going."