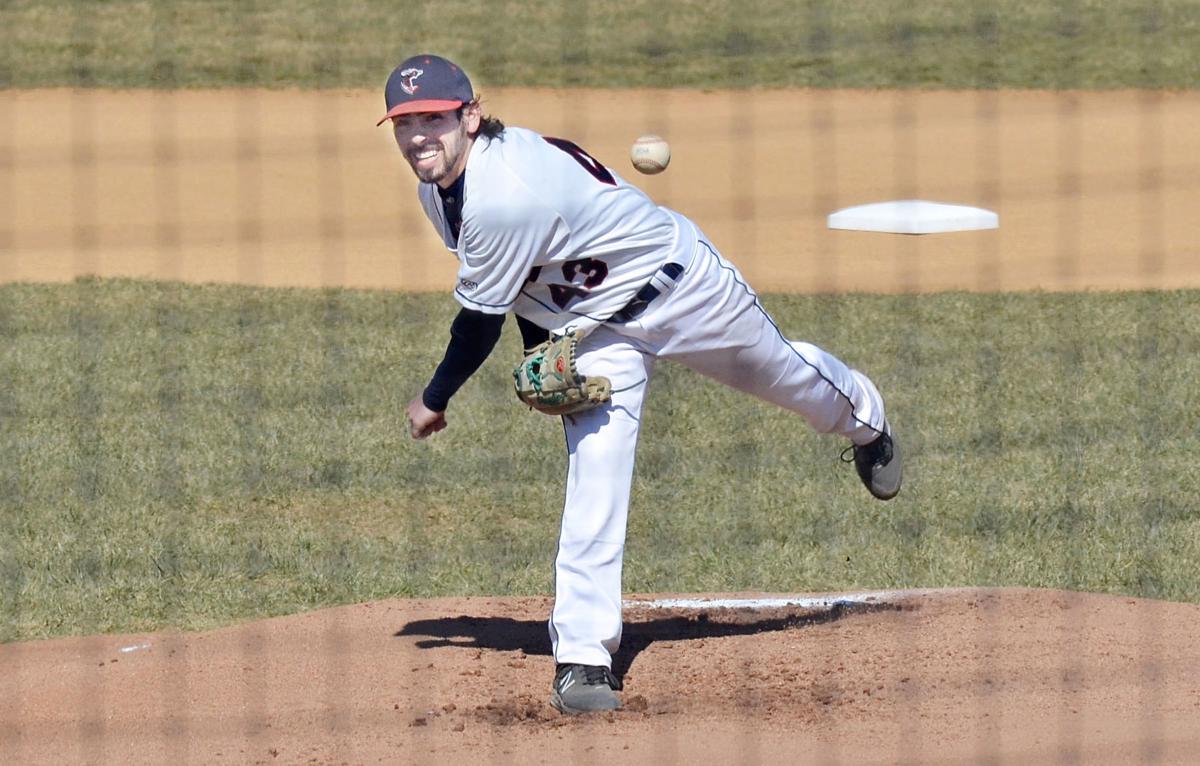 Shenandoah University left-hander Michael Prosperi deals a pitch during a game earlier this season. Prosperi was diagnosed with Hodgkin lymphoma in 2018 but returned to the diamond for the Hornets after winning his battle against cancer. 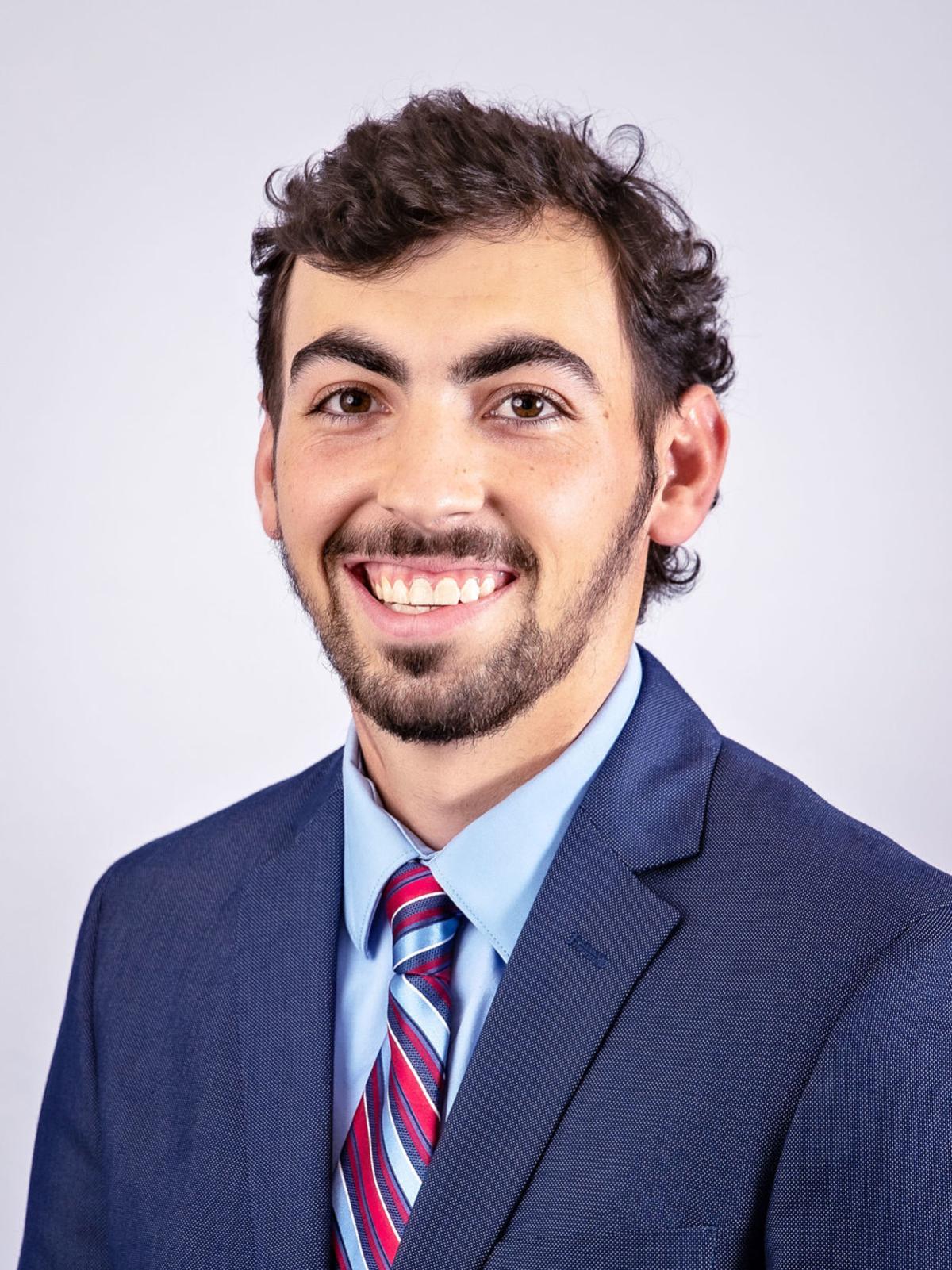 WINCHESTER — Michael Prosperi was all packed up and a week away from his return to Shenandoah University, where the would-be sophomore figured to build on a freshman year in which he’d worked his way into the baseball team’s pitching rotation the previous spring.

It was around 10 p.m. on a Friday night in late August 2018 when Prosperi, sitting in his bedroom, noticed soreness in his neck. What Prosperi described over a year later was a subsequent barrage of doctor visits and trips to the hospital.

After noticing the soreness, Prosperi went to his mother’s room, where his mom, Julie, told her son that his neck appeared swollen. Soon, that same night, Prosperi was at the house of a neighbor who worked at a local urgent care and who performed a quick test that determined that Prosperi’s lymph nodes indeed were swollen.

Prosperi then visited his doctor, who told him to see an infectious disease doctor and an ear, nose and throat specialist. He was told by one doctor that he had mononucleosis, he said, a diagnosis that Prosperi doubted (he’d had mono previously) but that the doctor was insistent to the point that Prosperi said he was prescribed steroids as part of a two-week treatment.

The swelling didn’t subside, and another doctor visit ended with a CT scan.

“The next day I was at Johns Hopkins doing a fine-needle biopsy,” said Prosperi, a native of Odenton, Maryland.

Prosperi was a 19-year-old college student-athlete when he learned he had cancer.

Sitting in the press box at Bridgeforth Field in early March as Shenandoah’s developmental team played an afternoon home game, Prosperi recalled waking up the morning following his CT scan to see his parents sitting at the end of his bed.

He remembered a blunt conversation in which his parents told him they needed to go to the hospital, that he might have cancer.

Prosperi underwent the needle biopsy at Johns Hopkins Hospital and later an open-surgery biopsy in which doctors removed tissue from his neck. Tests confirmed he had Hodgkin lymphoma, cancer of the body’s lymphatic system (part of the immune system) that most often occurs in people in early adulthood (20s) and late adulthood (over 55 years old), according to the American Cancer Society.

Though Prosperi was too afraid at the time to look at the results of his first scan, near the end of his treatment he’d see that initial image that he said showed four tumors: in his neck, near his heart, on his lung and on his spleen.

Everything else in Prosperi’s life, including his Shenandoah baseball career, was suddenly put on hold.

“I was coming off my freshman year, working my way into the rotation, getting the conference championship start, so I was really ready for the sophomore year. And it was just like it hit a wall,” Prosperi said. “It was just like wow, all that’s just second-hand now with what I’ve got to do.”

Two weeks after his diagnosis, on Sept. 14, 2018, Prosperi began his treatment, which he said would culminate in five rounds of chemotherapy and three weeks of radiation done five days a week.

Though shocked by the fact that he was a teenage cancer patient, Prosperi had reasons to be optimistic.

The five-year survival rate for Hodgkin lymphoma patients is 87 percent, according to the American Cancer Society, and Prosperi said doctors were encouraged by the fact that they’d caught his cancer in its early stages. Prosperi added that his aunt had survived the same disease 20 years earlier, and he told himself that surely technology was far more advanced in 2018.

But there were dark times.

Prosperi lost all of his hair during the treatment process, which generated anxiety about the way he looked. He felt comfortable in the hospital, he said, because he was around others who were enduring the same hardships, but out in public, Prosperi said he’d draw stares from strangers that seemed to ask, “Why does he look different from everyone else?”

Prosperi’s most trying moment, he recalled, came during his final round of chemo in late December 2018. He’d come to that dreaded eighth day and ended up getting moved from the cancer center to the intensive care unit as doctors tried to get his blood pressure back up. He’d gotten an infection that required antibiotics, which in turn, Prosperi said, caused a second infection, and he wasn’t allowed to eat or drink anything other than what doctors were “pumping into me.”

“At that point I was like I don’t know how I’m gonna do it but I’ve got to try the best I can,” Prosperi said. “That’s all I could do.”

Kevin Anderson, Shenandoah’s longtime baseball coach, said he was “devastated” when he heard the news of Prosperi’s diagnosis. But Prosperi, a left-hander who’s listed at 5-foot-9, 155 pounds, had already proven to be a fighter on the mound, and Anderson said Prosperi attacked his cancer battle the same way he approaches pitching.

“He’s undersized, he doesn’t throw hard and competes like nobody you’ve ever seen, and then he’s given something that’s life-threatening. You either run away and hide, or you put your fists up and get after it, and that’s what he did,” Anderson said. “Unbelievable. I can’t say I would’ve done the same. Who knows how they would react. But we would talk and you could just tell by his voice and constant contact with his parents that there were a lot of dark days. It was a roller coaster of good news, bad news, in the hospital, out of the hospital. What perseverance. I totally respect and admire the young man.”

Prosperi said Anderson was in constant contact throughout his five months of treatment. Each Monday Anderson would call, and the two would talk about how Shenandoah’s baseball team was progressing through its offseason work, about school and the Washington Redskins. Prosperi said he looked forward to those daily calls, during which the C-word rarely came up.

Anderson was only one part of Prosperi’s Shenandoah support team. Prosperi commended the university and its professors for allowing him to continue taking four online courses during his cancer battle, and he listed a string of SU teammates — catcher Matt Moon, Prosperi’s roommate and high school teammate, fellow pitchers Mike Verzaleno and Cade Templeton, outfielder Henry Delavergne and infielder Ty Bennett — who kept in frequent contact while he was away from the team.

“I posted a picture on Instagram and it had a bunch of captions on it from people commenting, and I’d say probably once or twice a month I’d go back to that picture and look at the comments, see everyone’s praying for me and fighting for me as well,” Prosperi said. “It wasn’t a feeling that I didn’t want to let people down, but it was a feeling of I’ve got all these people behind me, there’s nothing stopping me.”

And of course, Prosperi had his family.

“My mom was at every single treatment, every day, didn’t miss anything. And I don’t know how she did it, but I don’t give her and my dad enough credit for being at everything that I had to do,” Prosperi said. “They had to take me to every doctor’s appointment — they don’t miss it, they’re always there.”

Prosperi rang the bell at Johns Hopkins Hospital’s cancer center after wrapping up his radiation treatment in late January 2019, a ceremonial act that signifies that a cancer patient is officially done with their treatment. Prosperi’s entire family was in attendance, he said, and it was then that he knew he had won.

“When I rang the bell, that’s when I knew I had beaten it and this was behind me,” Prosperi said. “That was a very emotional time because it was like all that I worked for paid off. I had gotten through the worst of it.”

Prosperi said he’s now cancer-free, though his battle with Hodgkin lymphoma is one that he’ll always carry with him, as is the concern that his cancer could one day return. And though he tries to keep his lifestyle similar to the way it was pre-cancer, Prosperi said he eats healthier now, has to sacrifice some weekends out with friends and does routine checkups.

Surprisingly, Prosperi returned to the baseball diamond less than two months after he rang the bell at Johns Hopkins Hospital. In a fitting piece of scheduling fortune, Prosperi said he threw a couple of innings for Shenandoah’s developmental team in a game at Anne Arundel Community College, located about 20 minutes from his hometown, last March.

“That was real emotional, just being out on the mound again,” Prosperi said.

He made only a few pitching appearances last spring for SU’s developmental team in order to retain a year of athletic eligibility. Prosperi, now a sophomore, made his official return to the Hornets’ varsity squad on Feb. 16 and tossed two innings in the second game of a doubleheader sweep of Misericordia.

Prosperi made three appearances before the rest of Shenandoah’s 2020 season was canceled because of the ongoing COVID-19 pandemic. He didn’t allow a run until his third outing on March 8 against Mt. Aloysius and was 1-0 with a 2.38 ERA and 11 strikeouts in 11⅓ innings this spring.

“When he first came back this year, he was pitching really well for us, so that was definitely really inspirational to all of his teammates,” Moon said. “Every time he goes out on the mound, it’s crazy to think that pretty much a year ago he was not where he wanted to be, and definitely not healthy.”

Prosperi said regaining his strength was the hardest part of getting back on the diamond because your body is at “ground zero” after undergoing chemotherapy, and he noted on March 2 that he still hadn’t fully regained the endurance he’d had pre-cancer.

“That second inning (of his season debut), it felt like I was in the eighth. I was really tired. I was beaten up, but I just wanted to push through,” Prosperi said.

His next words sounded quite similar to those he uttered when speaking about his battle with cancer.

“As Coach A says, you may not have your best stuff, but you just gotta compete your .. . . off,” Prosperi said. “And that’s what I do every time.”