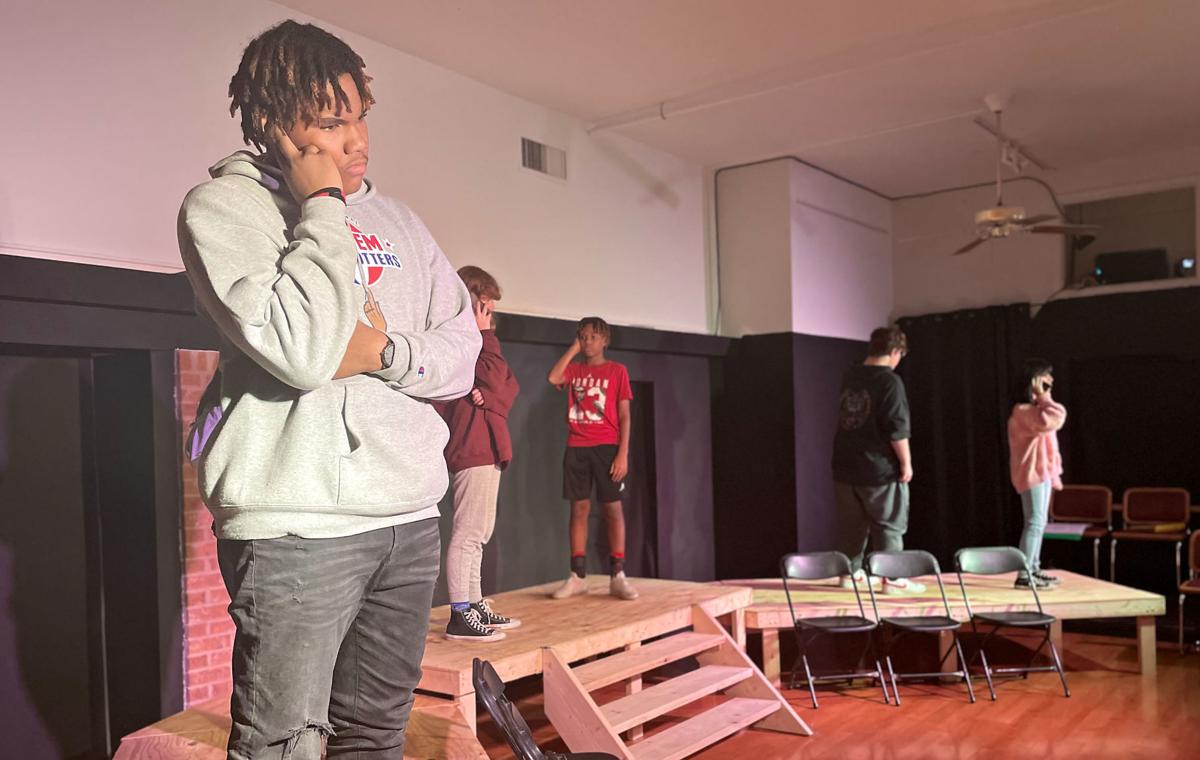 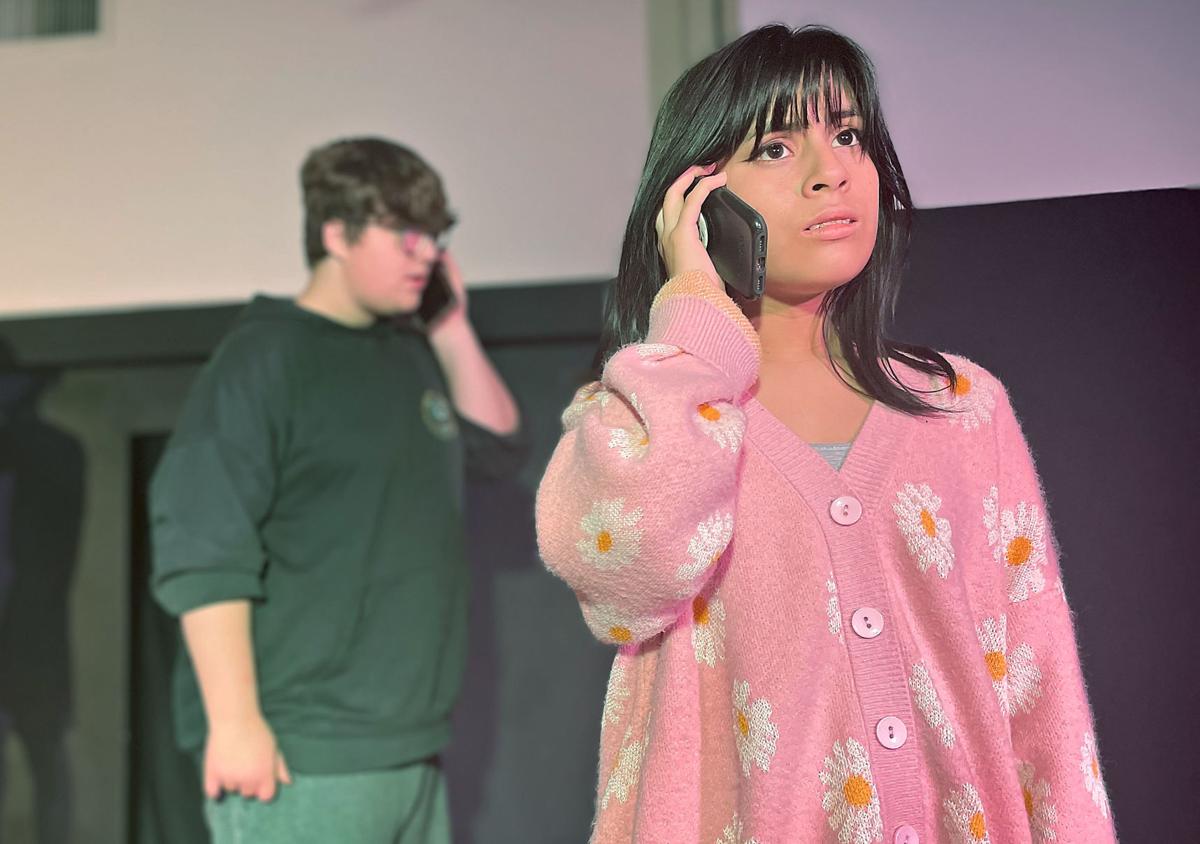 Naomi Greenwalt performs in a scene at Selah Theatre Project in Winchester with DJ Levi pictured behind her. 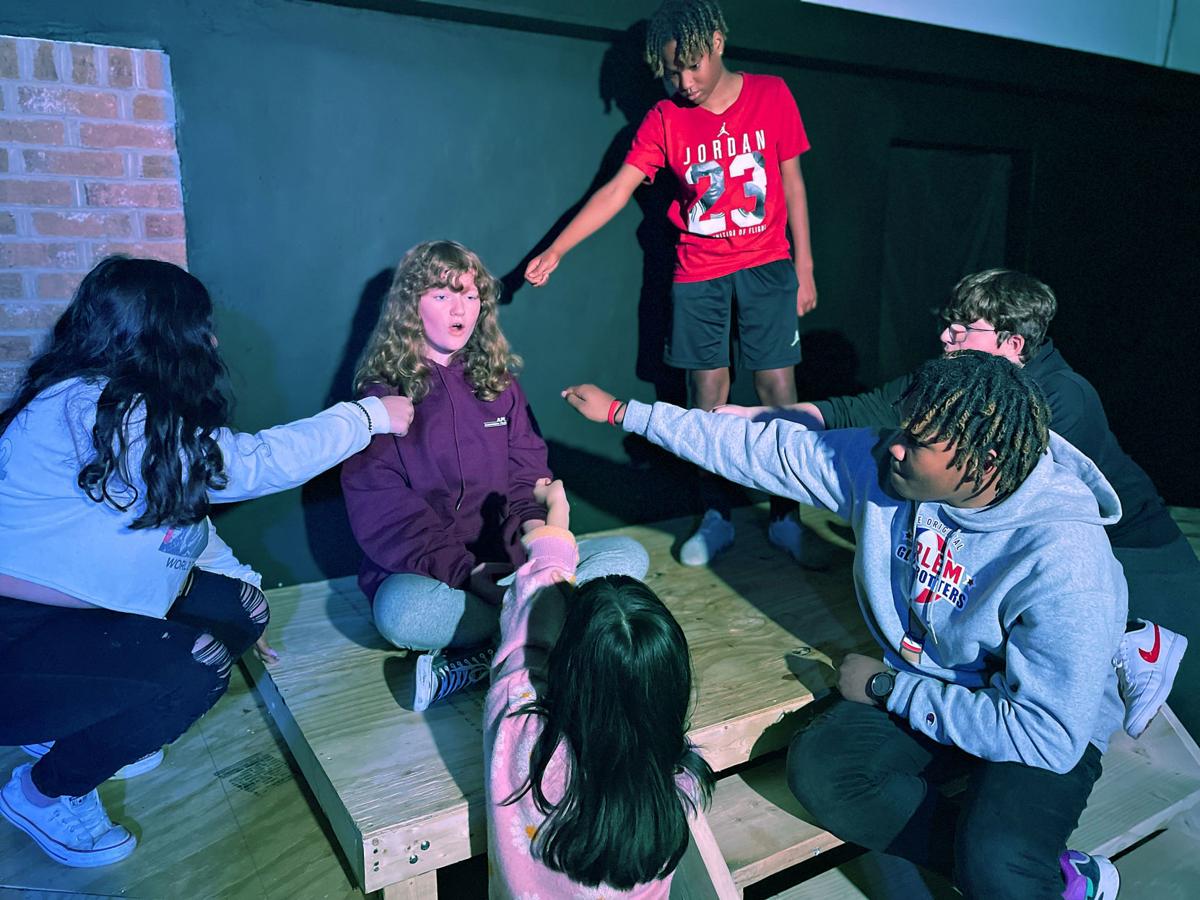 Naomi Greenwalt performs in a scene at Selah Theatre Project in Winchester with DJ Levi pictured behind her.

Selah Theatre Project of Winchester will continue its one-act teen play this weekend with hopes of sharing an important subject matter with the community.

The play, “26 Pebbles,” by Eric Ulloa, tells the story of the shootings at Sandy Hook Elementary School in Newtown, Connecticut, on Dec. 14, 2012.

Though a heavy topic for young actors to handle, the play is more introspective, looking at the lives of the real-life people affected by the shootings both before and after.

The play is based on interviews conducted by Ulloa following the tragedy when gunman Adam Lanza walked into the school and killed 26 people before taking his own life, a news release from Selah Theatre Project explains.

“This play does not rehash that unforgettable day, rather it reflects on the reverence of 26 souls being like pebbles thrown into a pond, creating ripples and vibrations that were felt beyond the initial rings,” the release says.

The teen ensemble is a diverse cast of actors from Winchester and the counties of Frederick, Clarke and Warren, who portray more than 20 residents from Newtown.

Heavy topics are “kind of our M.O.,” Director LaTasha Do’zia said on Tuesday.

Performing serious plays gives the young actors the voice and the power of the stage, she said.

“They always feel that they have a connection with the pieces that we do,” said Do’zia.

“They have worked incredibly hard to bring this message and this conversation to people,” said Do’zia.

Following its first weekend of performances, the group has had some great feedback and is looking forward to three more showings this weekend.

After inviting local school division superintendents and school board members to the show, Do’zia said that a couple of them attended last weekend’s performances.

On Saturday morning, they also hosted a mentor breakfast for the I’m Just Me Movement, an organization that Selah is partnering with as part of the show.

I’m Just Me has a goal of bringing attention to the need for young people to have mentors to help them deal with life's struggles.

“The play really hits on the mentoring piece and the importance of being a positive influence in someone’s life,” Do'zia said.

I’m Just Me mentors are asked to volunteer eight hours a week to meeting with a designated child at school, such as during lunchtime — a practice that Do’zia said gives some children their only motivation for going to school at all.

Locally, I’m Just Me partners with the Warren Coalition and with Shenandoah University. Do’zia said she's a mentor with the organization.

It’s about helping a community keep its kids “engaged and empowered and giving them the resources to succeed,” Do’zia said.

“That’s the essence of mentorship, is being that stability for a lot of kiddos,” she said.

Selah Theatre Project, which used to be in Warren County, is now housed in the former Shenandoah Arts Council building at 811 S. Loudoun St. in Winchester.

The group performs a teen play in the fall and a young actors’ play in the spring, along with various community theater projects throughout the year.

Next month, they will perform “Glory Bea! A Shenandoah Christmas Story” for the third time, partnering with Embrace Treatment Foster Care. The performances will also benefit The Kids Club of Northern Shenandoah Valley.

This year, the play will return to Middletown where it started when Wayside Theatre used to host it, Do’zia said.

The play will be at the William H. McCoy Theatre at Lord Fairfax Community College.

“26 Pebbles” will be performed at Selah Theatre Project, 811 S. Loudoun St., Winchester, at 7 p.m. on Friday and Saturday and at 3 p.m. Sunday. Tickets are $10 and support the continued youth theater opportunities. Seating is limited.