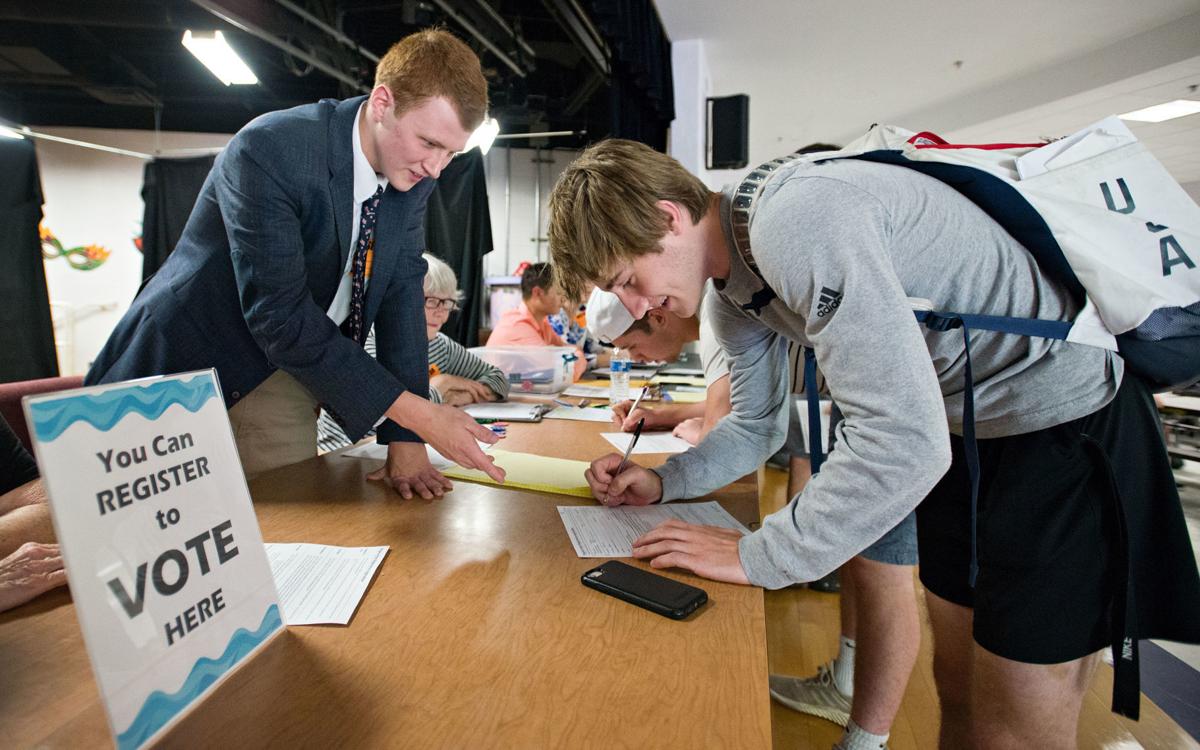 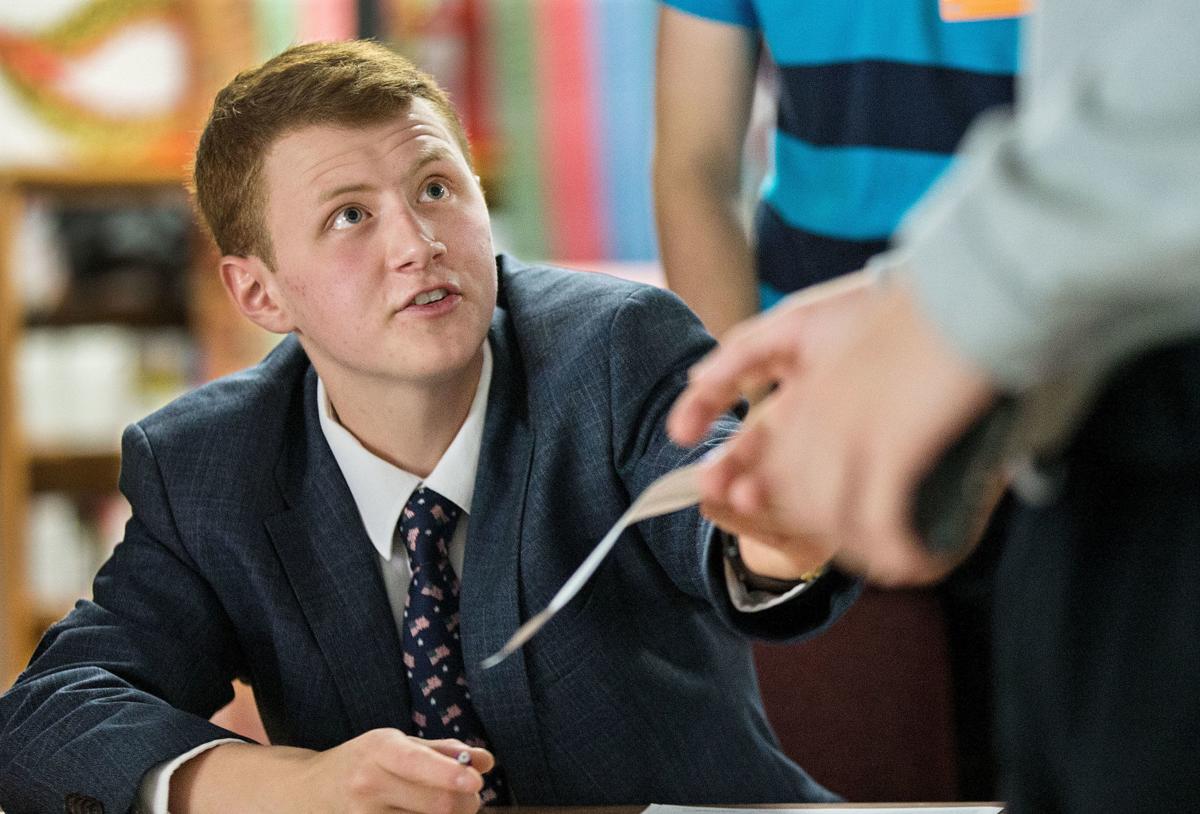 Within minutes of the beginning of the drive, six students were registering.

“It’s a big deal. You have to get the younger people. We are the ones who are going to have to make this country move forward,” Dylan said.

“It’s the right thing to do,” Oserto-Ayala said. “I want to be able to exercise my rights. Voting is important to me because I want to have a say.”

Friday’s drive was the second of three he has planned. The last voter registration drive is scheduled for Friday at Stonewall Jackson High School.

Several volunteers were with him on Friday to help, including Lore Fogle and Linda Allen.

“We need, especially right now, for young people to be invested in our country and to realize they have the right to vote. Do it,” Fogle said.

French organized the drives in conjunction with the local Democratic and Republican parties after hearing students say voting does not matter and won’t change anything.

The group registered 16 students to vote by the end of Friday’s drive.

“I am very pleased,” French said.

They registered 26 students at the first voter drive in April at Central High School.

“If we get just 10 at Stonewall, that is more than 50 we registered. I think that is excellent,” French said.