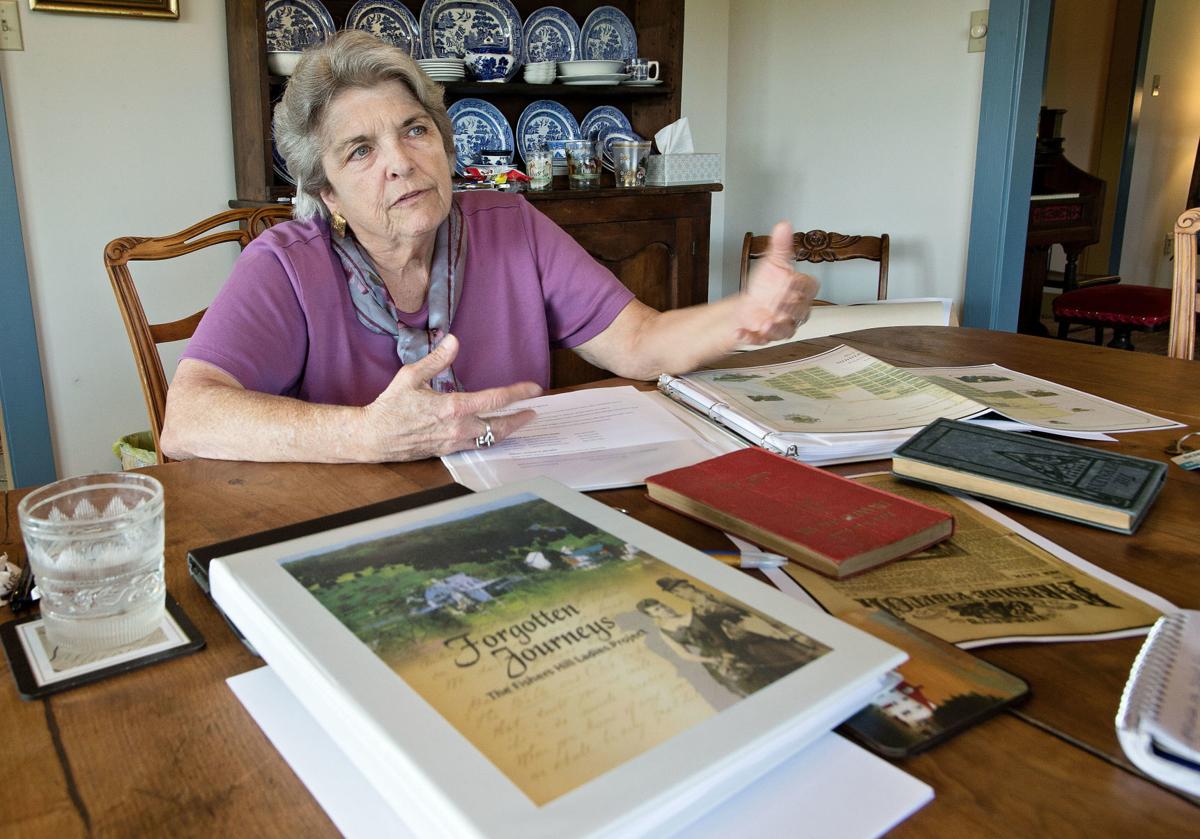 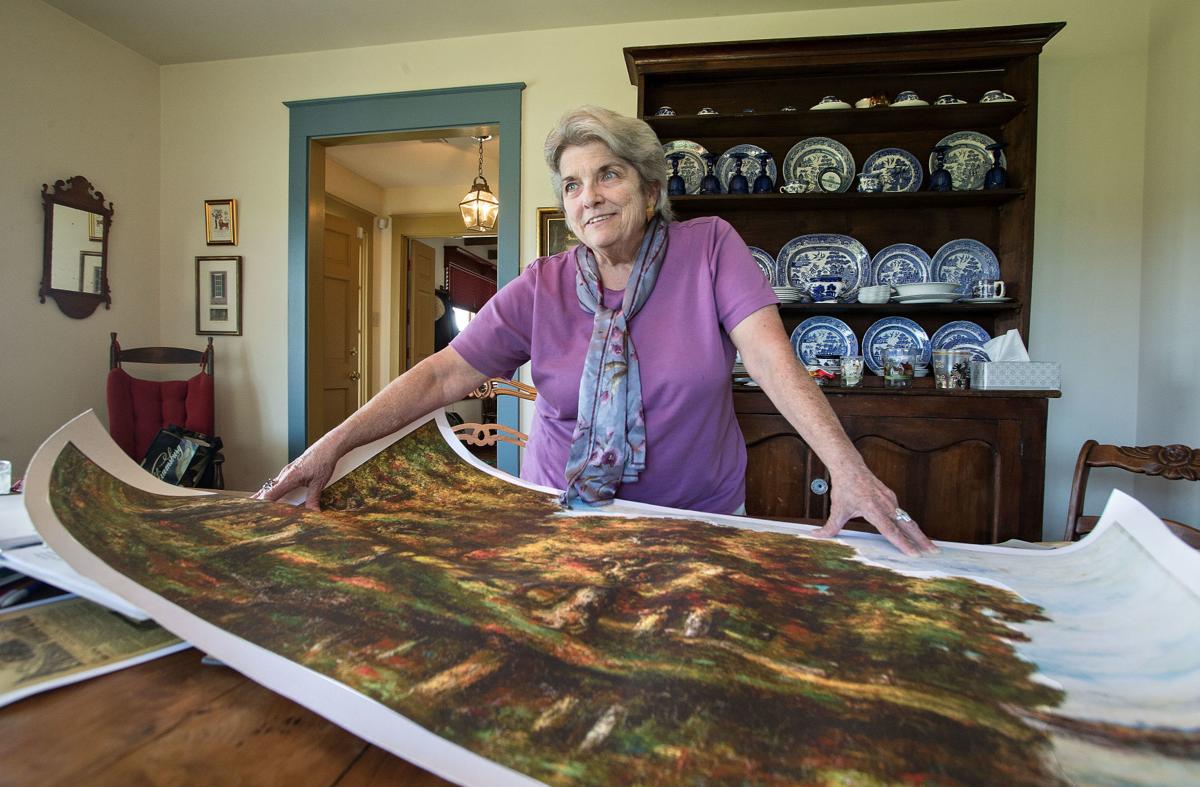 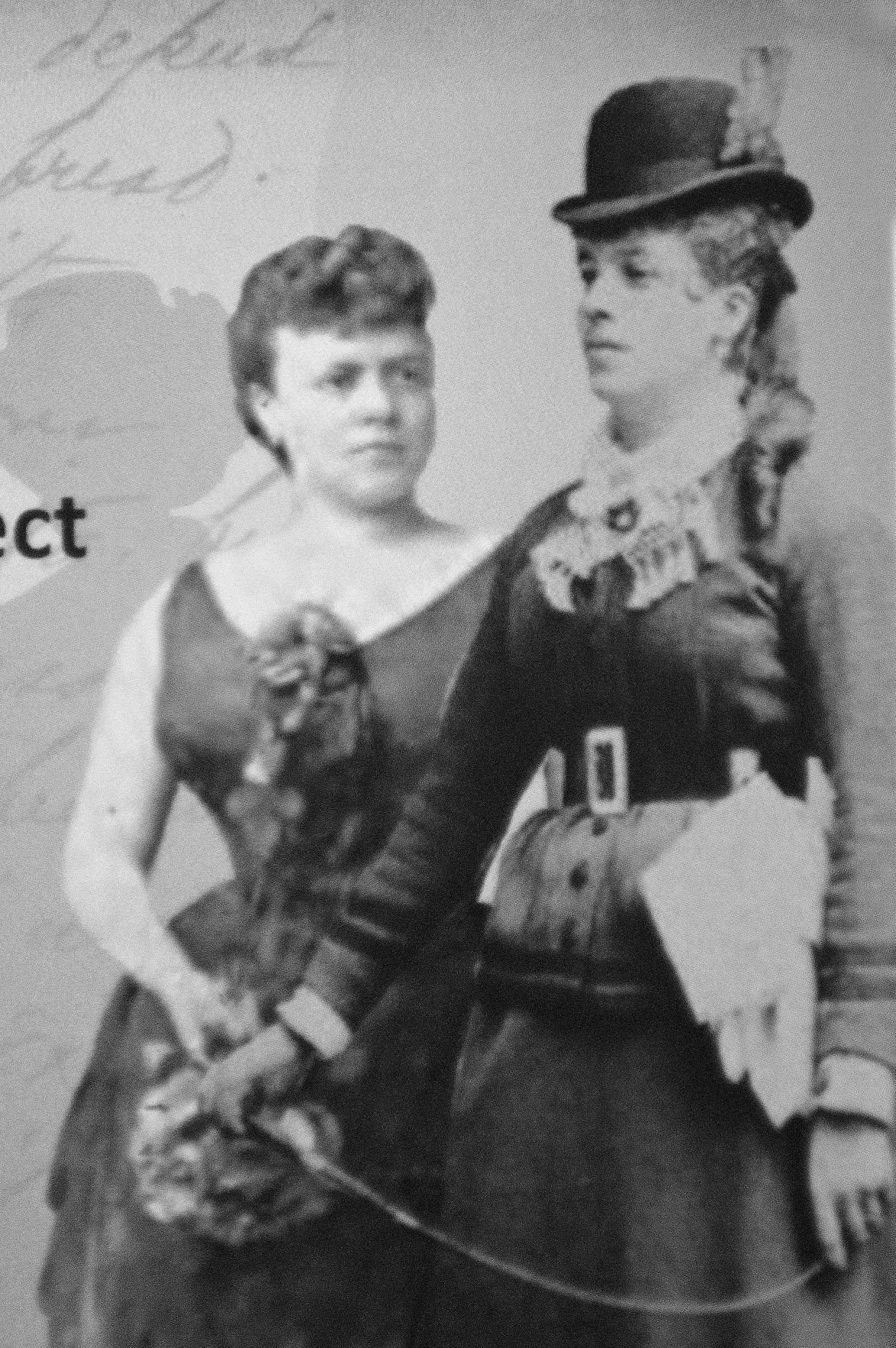 FISHER’S HILL — Bertha Von Hillern was a champion endurance walker and nationally celebrated muralist at a time when most women didn’t do either. She walked 100 miles in 28 hours and 500 miles in five days on an indoor track where crowds gathered to watch and bands played music to keep spirits up.

One of her paintings made the 1884 World’s Fair, and her murals were hung in hotels. Women weren’t supposed to stand on a scaffolding to paint murals, said historian Cheryl Lyon, “but Bertha did.”

More than a century later, there’s no community memory of her. Most of her hotel murals were destroyed in fires. And Von Hillern, who died in 1939 after a long bout with dementia, was buried in a cardboard box with a blank stone grave marker.

Von Hillern’s story is one of three tales of equally extraordinary Fisher’s Hill women who rose to national fame in the 1880s and 1890s and were ahead of their time in their area of talent and success but who all passed from public knowledge as quietly as if they had never existed.

Lyon, who has a family home in Fisher’s Hill and lives in Dayton, was researching area picnic grounds two years ago when she said she stumbled on the history of the three remarkable women.

The more she discovered about them, the more she thought either everyone but her knew about these women, or — “I had accidentally uncovered something very important.”

The three women lived in Fisher’s Hill during the 1890s; two of them were acclaimed landscape artists and one a successful writer. As far as she knows, there are no other artists of their caliber from the area at that time.

“I wanted to make sure that this story got shared,” Lyon said. “To find them hiding in plain sight is amazing. It’s like this big mystery unfolded.”

She called up Gloria Stickley, president of the Strasburg Museum, to describe her findings.

“Gloria was sitting there with her mouth open,” Lyon recalled.

Lyon and Stickley teamed with museum board member Hope Brim and Fisher’s Hill resident and military historical researcher Neil Thorne on the Fisher’s Hill Ladies Project, a research venture that Lyon said she hopes will make its way to area museums and online exhibits.

“Somehow we’ve got to make these ladies remembered,” she said.

Von Hillern emigrated from Germany in 1875 at the age of 17.

As a “pedestrienne,” Von Hillem would walk around an indoor track where 20 to 25 revolutions equaled a mile.

“We would call it fast walking,” Lyon said.

Von Hillem was doing it more for exercise, Lyon explained, but her success also won her several monetary prizes. “She had quite a following.”

At the age of 21, she retired from professional walking and set her sights on becoming a landscape muralist. Eight months of the year, she would paint in Fisher’s Hill; during the winter, she traveled to Boston to sell her artwork.

In addition to notoriety from the World’s Fair, she also received a Gold Medal from the National Academy of Art, and her work was displayed in the best exhibitions of the time.

Lyon said she was thrilled to find a reproduction of a digital file from the Virginia Museum of History & Culture of what is probably Von Hillern’s most well-known painting — of the Barb House on the Fisher’s Hill Battlefield.

“We feel that it represents the typical best of her work,” Lyon said.

Maria J.C. a’Beckett, who traveled to the valley from Portland, Maine, also had paintings in the 1884 World’s Fair and the 1893 Columbian Exposition (the Chicago World’s Fair).

Beckett studied in France with impressionist Charles-Francois Daubigny. After returning to the states, she met Von Hillern. Beckett’s father was a local druggist, and Von Hillern developed an interest in medicine as well.

The oldest of the three, Beckett died in New York City in 1904.

Emma Howard Wight was a prolific writer of serial novels, Catholic-oriented books for children and short stories for newspapers. She adapted with the changing technology, later writing photoplays (precursors to silent films) and radio dramas.

“The Little Maid of Israel,” a historical fiction originally published in 1900 with a second edition in 1910, and her 1891 novel “Passion Flowers and the Cross” are available at Amazon.com.

Wight was also active in the women’s suffrage movement that led to the passage of the 19th Amendment in 1920, allowing equal voting rights for women and men. Lyon hopes to organize a local event for the 100th anniversary next year.

She was “a pretty free-wheeling lady,” Lyon said.

Wight and Von Hillern were good friends who lived together in a newly built Middletown house that was intended as part of a neighborhood called boom land before the “catastrophic economic situation” of the early 1890s forced the builder to abandon his plans, Lyon said.

A local farmer started plowing over the roads, but Von Hillern brought him to court when his farming attempts prevented her and Wight from being able to walk into town or bring their livestock to an easy water source.

“She stood up for their rights,” said Lyon, who found the lawsuit documented online. “Bertha basically won.”

The two women remained in Middletown until 1910, when an arsonist reportedly burned down their house, said Lyon, who has her suspicions as to why.

“They were these women who were doing things and saying things they shouldn’t have,” she said.

A timeline the research team has amassed shows two other attempts were made that year to burn down their house, and Wight reported someone attempted to poison her dog. The fire destroyed several paintings, manuscripts, novels and other valuables.

Wight was still writing a lot, ever on the cutting edge of technology and winning a $1,000 prize for a radio drama in 1930. Von Hillern got into baking around 1930 and became skilled at making desserts like doughnuts and rusk (similar to biscotti.)

Despite their successes, both ended up at the Frederick County Poor Farm in 1933 at the height of the Great Depression.

Wight died in Winchester on June 23, 1935. She’s buried in the Stranger’s Lot at Mount Hebron Cemetery, Lyon said, where people from the poor farm were buried.

Von Hillern, who developed dementia around 1934, died Sept. 20, 1939, at Western State Hospital in Staunton and was buried on site.

Lyon said part of her goal in making the stories known is to inspire residents who might have any of the women’s paintings or writings to contact the research team.

They were “too prolific” for their work not to endure into the 21st century, she said.

She also hopes to find awards the women might be eligible to win.

With the level of success these women achieved, Lyon expects their work to still exist up and down the East Coast.

“You can find it anywhere,” she said, “but I think we’re going to find a lot here.”

Years after Bertha Von Hillern had ended her career as a world-class endurance walker and hotel muralist, becoming instead a successful baker,…