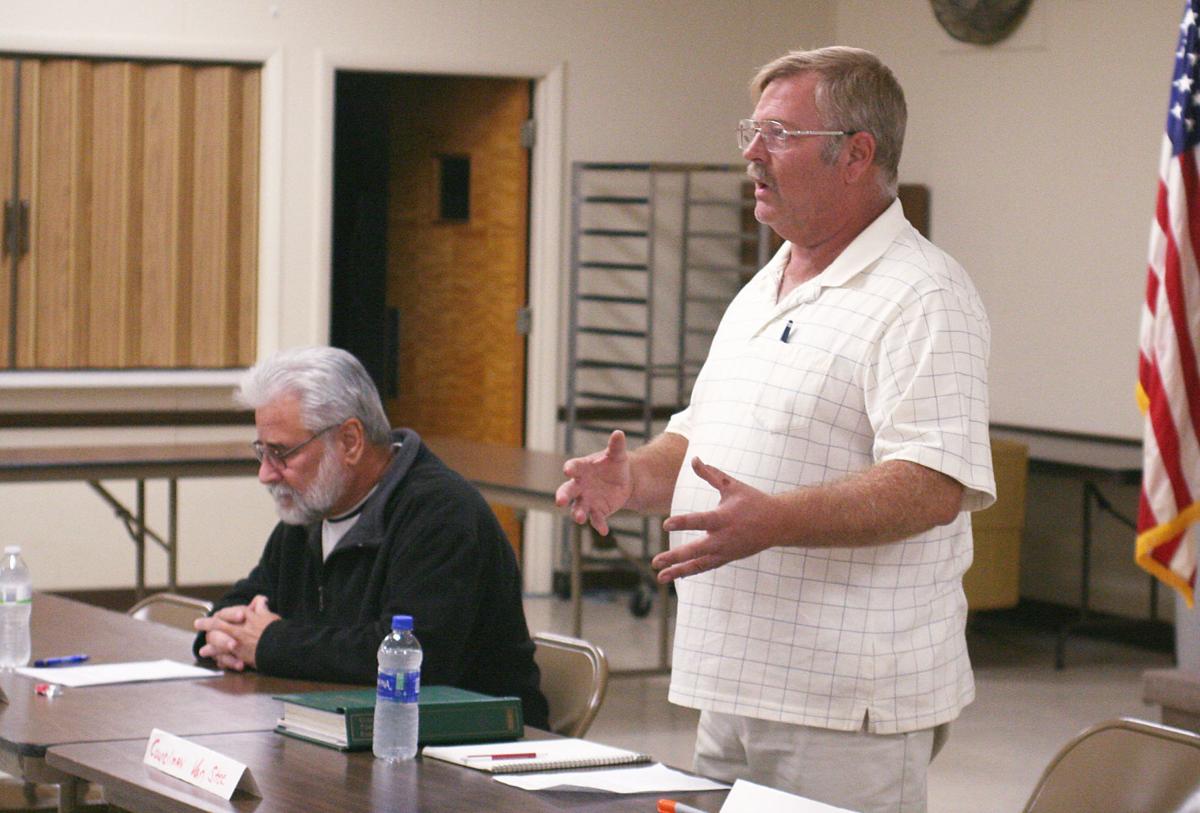 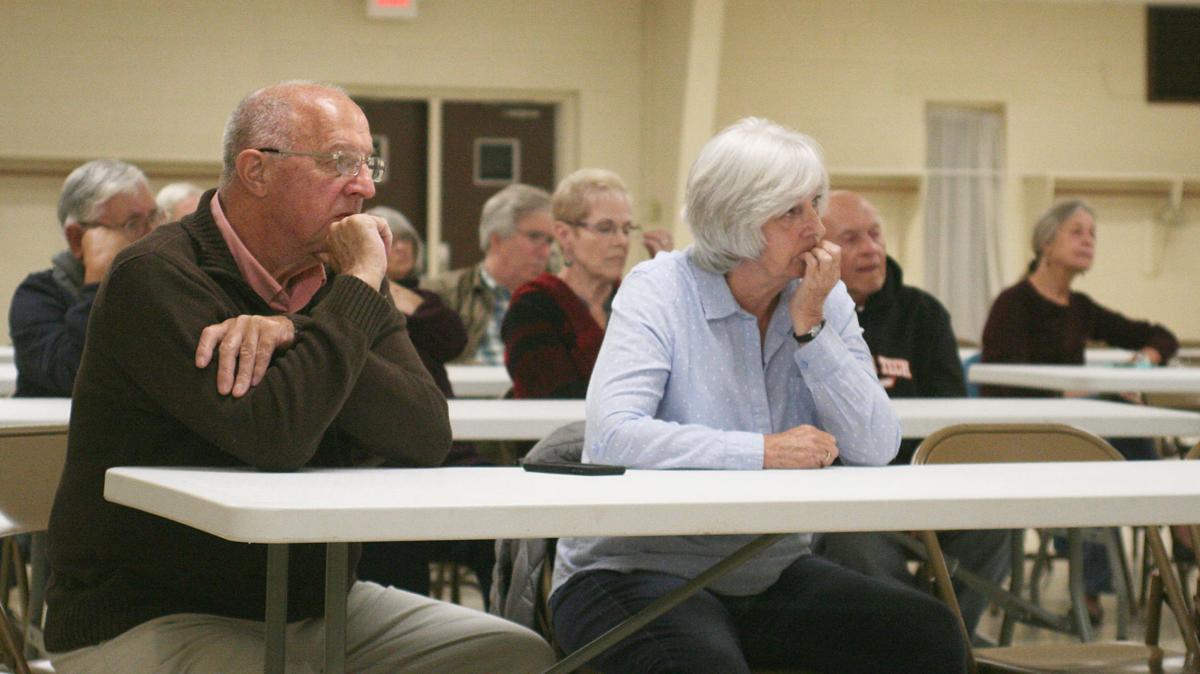 Mike Horne and Sue Horne moved to Edinburg 20 years ago. They said they support the town's efforts to force property owners to maintain their property.

Mike Horne and Sue Horne moved to Edinburg 20 years ago. They said they support the town's efforts to force property owners to maintain their property.

EDINBURG – Citizens rallied behind town leaders Tuesday evening at a meeting to discuss how the town should approach forcing property owners to keep their depreciating homes maintained.

The Edinburg Planning Commission and Architectural Review Board have been battling with several property owners for months. While the town code includes sections that empower both bodies to levy fines and force maintenance on derelict properties within the town’s historic district, physically enforcing the code has posed to be difficult and expensive.

Stephen Van Stee, the Planning Commission chairman, told about 30 citizens present that the idea behind Tuesday’s town hall was to discuss how they can help facilitate growth within the community.

Other representatives from various organizations included Anne Parks, a member of the Architectural Review Board; Mayor Dan Harshman, and Councilman Clyde Beachy, who is also a member of the Heritage Foundation.

Van Stee said the meeting was meant to get the input of citizens whose money the town would be spending to enforce its code.

“When it comes to getting people to maintain their property, there’s only so much we can do,” Harshman said. “We don’t even have a building official we can call on to come assist us in enforcing our town code.”

Enforcing Article 10 of the town code involves many steps, some of which the Planning Commission has already started.

Neither of the property owners responded to the town’s letters, Van Stee said.

The next step in the process requires the town hiring a building official to inspect the buildings and file a report with the Architectural Review Board citing specific items the property owner needs to address. The review board will then hold a public hearing discussing the report and conclude whether the property needs additional work. The owner then has 60 days to respond to the review board with a plan outlining how they are going to address the issues.

After the letters were ignored, the town found itself stuck on the second step of hiring a building inspector.

Harshman explained the county building inspector told him the county could not enforce the town’s code. Instead, the town has been forced to hire an inspector. Harshman said he has spoken with one inspector who quoted a maximum price of $1,750 per building.

However, the $1,750 figure was only a starting point. If the property owner continued to refuse to comply with the town code, the town’s last option would be to take the property owner to court — an expensive option Harshman and other leaders said they weren’t willing to commit to unless they had the backing of the community.

Before settling on a consensus the town should move forward with punitive action, citizens offered a range of other options from erecting a wall of shame to partnering with property owners via grant opportunities.

Mike Horne, a resident who moved to Edinburg 20 years ago, mentioned a previous measure Harshman and the town took to deal with property owners who weren’t maintaining their land — a board with their face and property on it.

“We need a wall of shame,” Sue Horne, Mike Horne’s wife, said, “with pictures of the building and the landlord and shame them into doing something.”

Harshman said he still had that board but was reluctant to use it again. Although it did garner results, the price he paid was something he said he wanted to avoid again if possible.

Councilman Bill Boone, who spoke Tuesday as a private citizen, suggested the town should make a friendly approach rather than threatening to take property owners to court. He pointed to Strasburg as an example of a town that revitalized its downtown space through grants and partnerships.

Harshman agreed with Boone that Strasburg has done an exemplary job but the difference, Harshman said, was that Strasburg had people who were willing to spend money to get money. The grants Strasburg businesses and residents used, mainly the Community Development Block Grant, disbursed matching funds — meaning property owners only received as much grant money as they spent themselves.

As the meeting began to wind down, Van Stee said his interest in this issue was piqued when he had a conversation with someone who said it looked like Edinburg was dying.

Van Stee recounted the man telling him there was no pride in the town; that buildings were falling and properties weren't staying maintained.

“There’s no excitement left in this,” Van Stee recalled the man saying. “A lot of folks aren’t taking pride in their properties anymore.”

“That comment,” Van Stee continued, “of 'this is a dying little town' really stuck under my skin.”

At the end of the meeting, which ran a little more than an hour, citizens appeared united behind the town and were prepared to put their tax dollars on the line to preserve the history and integrity of their community.

Before the town moves forward, Harshman said it had to first amend its ordinance, which should be ready in December.

While citizens voiced approval of spending up to the figure Harshman quoted per building, the actual cost probably will be closer to $500 to $1,000 per property, Harshman said.