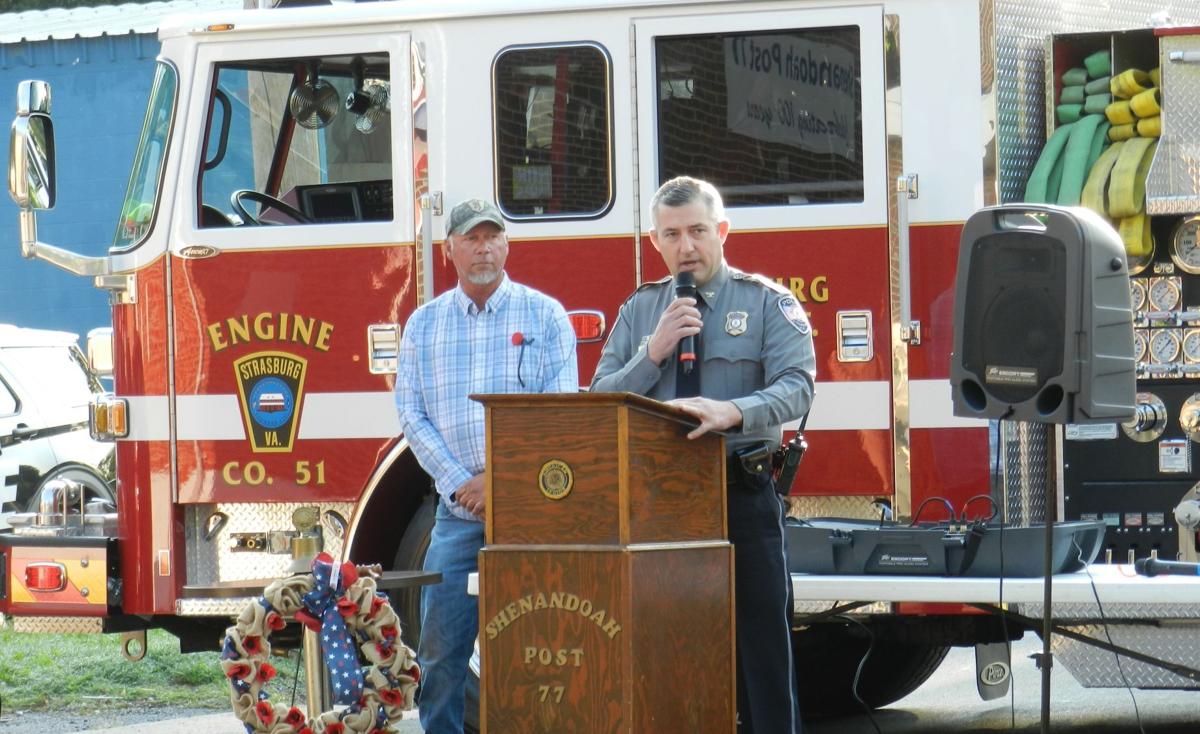 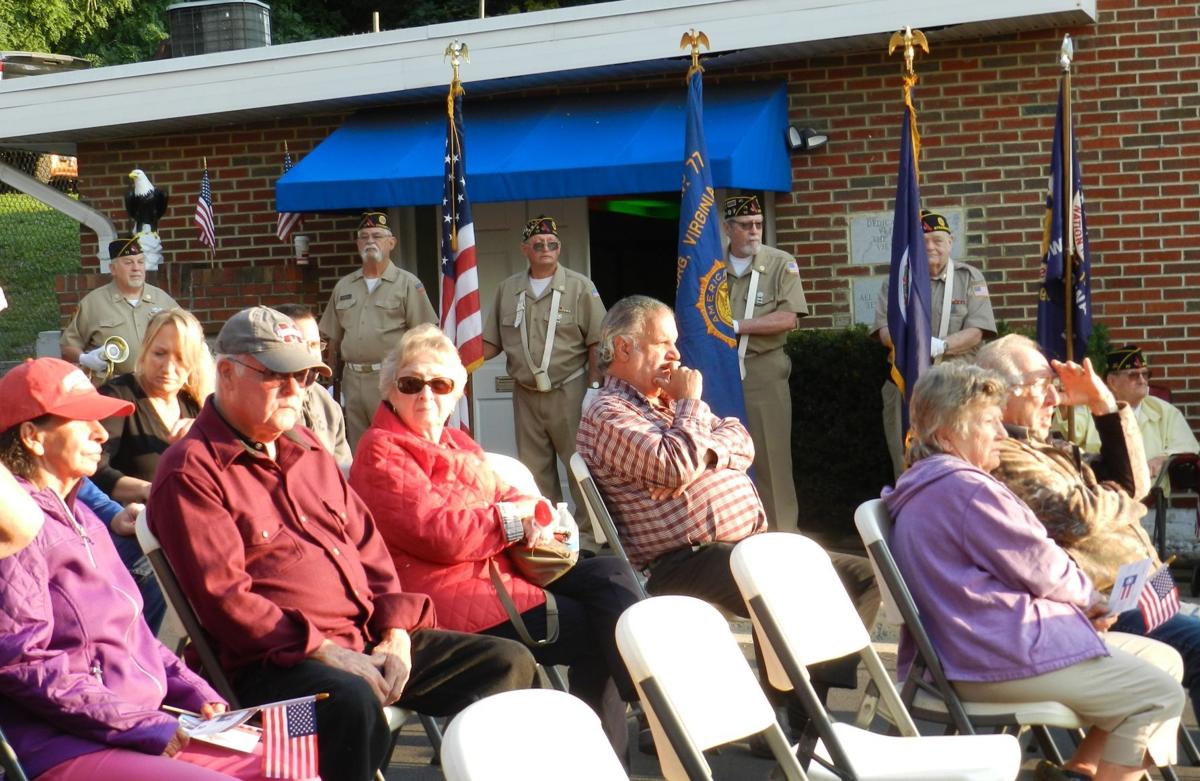 STRASBURG — On the 20th anniversary of the Sept. 11 terrorist attacks, a large crowd gathered outside the American Legion Shenandoah Post 77 Saturday to remember those who died during the attacks or afterward.

Recounting the events of that morning in 2001, Strasburg Mayor Brandy Hawkins Boies spoke about the first two commercial airplanes striking the World Trade Center in Manhattan, the third plane striking the Pentagon near Washington, D.C. and the fourth crashing in a field in Shanksville, Pennsylvania, after passengers and a law enforcement officer onboard tried to retake the plane from terrorists who were found to be aiming for either the White House or the U.S. Capitol Building.

As she spoke, close to 100 people listened, some sniffling.

Police Chief Wayne Sager recalled law enforcement officers who gave their lives to rescue others. Some died that day, he said, and others in the years that followed because of medical conditions they suffered from the hazardous environment.

Interim president Tim Williams spoke about the work that fire and rescue personnel did and continue to do in protecting the public from danger and disaster.

The fire service, he said, is a duty and a brotherhood like no other.

“There is a fire that burns inside of each and every firefighter that can never be extinguished, it cannot be contained and it cannot be taken away,” he said. “When one of our brothers is hurt, it hurts us all.”

“Duty called and they answered,” he said.

“[W]e in the local fire service were and still are deeply impacted by their loss,” Williams said. “They could have been us.”

The fires continued to burn for 99 days after the attacks, he said, and now, 20 years later, 75% of those who worked at Ground Zero have long-term illnesses.

“This was not a one-day event,” Williams said. “They still fight the demons in other forms.”

The Freedom Flag started with a drawing on a napkin by a local Richmond business owner after 9/11, she told the crowd. It’s now part of the nonprofit Freedom Flag Foundation.

Similar to the American flag, it has red and white stripes on the right and a block of blue on the left surrounding a white star with five bars around it.

The blue background represents all Americans united together for freedom, the white star all who lived and died for freedom, and the five white bars the Pentagon and the organized protection of Americans’ freedom.

The top and bottom red stripes represent, respectively, the bloodshed of those who perished at the Pentagon and the crew and passengers on American Airlines Flight 77 and United Airlines Flight 93 in Pennsylvania.

The two broad red stripes remember the Twin Towers and the bloodshed of the people who died at the World Trade Center and on American Airlines Flight 11 and United Flight 175.

The three white stripes represent the rescue workers, firefighters, police officers, Port Authority employees, and others who worked tirelessly during and after the terrorist attacks, an informational card from the foundation explains.

“Twenty years later, it has grown into a national movement to educate the current and the future to never forget,” Danvir said.

Danvir thanked employees of the Strasburg 7-Eleven on North Massanutten Street, which donated sweets and coffee for the event.

Most people who attended Saturday’s memorial service were old enough to remember in detail the events of 9/11, but that wasn’t a requirement to participate.

“We came from a big military family,” Lindsay said. His son, whose favorite colors are red, white and blue, has also placed wreaths at Arlington National Cemetery during three of the last four years.

Danvir has already booked J.P. for next year’s 9/11 memorial service, which she hopes will become a yearly town tradition.

Update: This story has been changed to reflect that Tim Williams is the interim president of the fire company and not the fire chief.