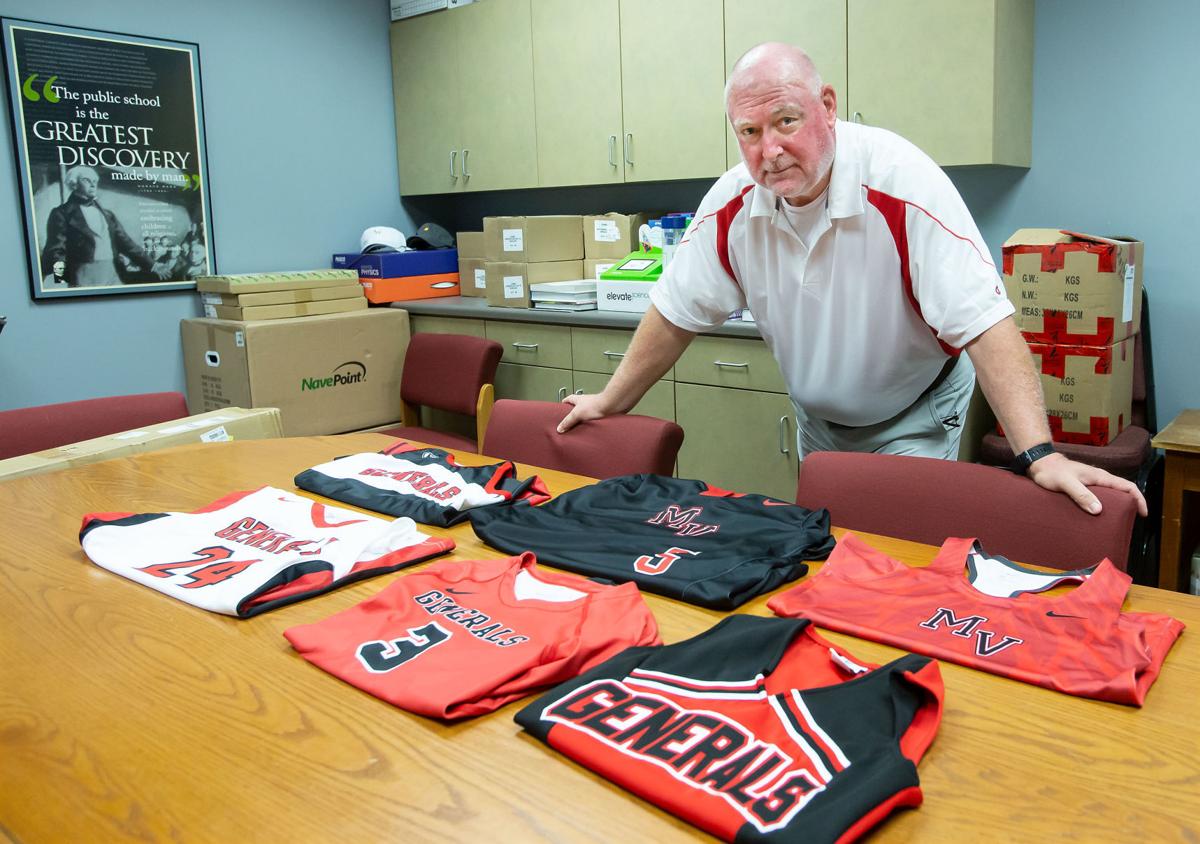 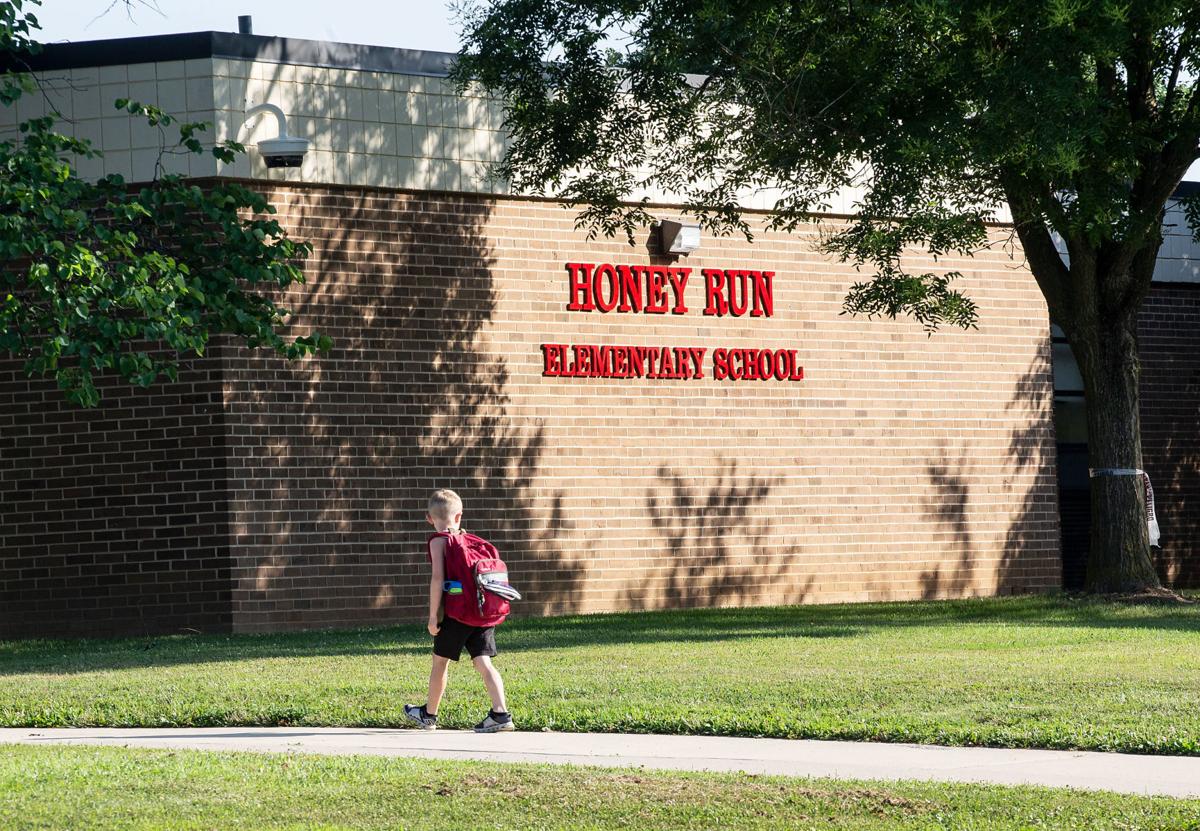 A child walks to the entrance of Honey Run Elementary School in Quicksburg on July 12. The new sign is the only physical change the school has to date reflecting its new name.

A child walks to the entrance of Honey Run Elementary School in Quicksburg on July 12. The new sign is the only physical change the school has to date reflecting its new name.

QUICKSBURG — Plenty of progress is being made at Mountain View High School and Honey Run Elementary School in replacing such items as scoreboards and uniforms due to the renaming of the two schools.

As of July 1, Stonewall Jackson High School was renamed Mountain View High School and Ashby Lee Elementary School became Honey Run Elementary School. The renaming was part of a 2020 resolution condemning racism and affirming the division’s commitment to an inclusive school environment for all.

Recently, the school had new floors put down in the main gym and the auxiliary gym. Dorman said the auxiliary gym used to have a man on a horse holding a flag in the center of the floor. In the main gym there was the SJ emblem in red. Now both floors have the MV emblem in black in the center of the floor. The MV will also replace the SJ on the side of the bleachers.

Dorman said there is no need to replace the entire scoreboard inside the main gym. The SJ emblem will need to be replaced by the MV emblem, but the rest of the scoreboard will remain.

The Stonewall Jackson lettering on the top of the entrance has been replaced with Mountain View. Dorman said school officials are still waiting for work crews to replace the signage by the road, but he expects that to be done before school starts on Aug. 5.

Inside of the school, there is painting that needs to be done to replace where it says SJ or Stonewall Jackson on the walls. Dorman said a paint crew should be coming in soon to do that.

One of the most expensive parts of the renaming is replacing all of the team uniforms. Dorman said all of the fall uniforms are in, except football which he expects to be in shortly. Dorman said the football helmets will remain but receive MV stickers to replace the SJ sticker.

He said that all of the coaches have worked with the school’s uniform representative on what designs each sport would like to have.

It hasn’t been as much of a transition for Honey Run Elementary School Principal Tiffani Utz. She said there weren’t a lot of references to the name of the school inside the building.

The lettering on the outside of the entrance has been changed to Honey Run Elementary School and Utz said she expects the signage by the road to be done in the next few weeks.

Utz said they are waiting for a new rug to come in at the entrance as well as new benches that will say Honey Run Elementary School on them.

Utz, who is returning to Honey Run as principal after spending last year as the W.W. Robinson Elementary principal, said with a laugh that the biggest adjustment she and everyone has had to make has been remembering to answer the telephones as Honey Run instead of Ashby Lee.

Utz was the principal at Ashby Lee for two years before being transferred to W.W. Robinson and she said she’s glad to be back.

“I’m excited to be back,” Utz said. “I think that’s probably the biggest piece because I was here two years prior to last year and we have created a community that is separate from the actual name of this building. It’s our vision, it’s our mission and it’s what we are all about. It’s not about the name of our school, it’s about who we are on the inside and that’s what I’m excited and focused on.”

At Thursday night’s School Board meeting, Shenandoah County Public Schools Superintendent Melody Sheppard said that the approximate total costs will be around $305,000, which is close to original estimates. Some of the money will be paid for through donations from Shenandoah Forward, a nonprofit organization established by School Board member Michelle Manning primarily for raising private funds to offset the costs of the name changes.